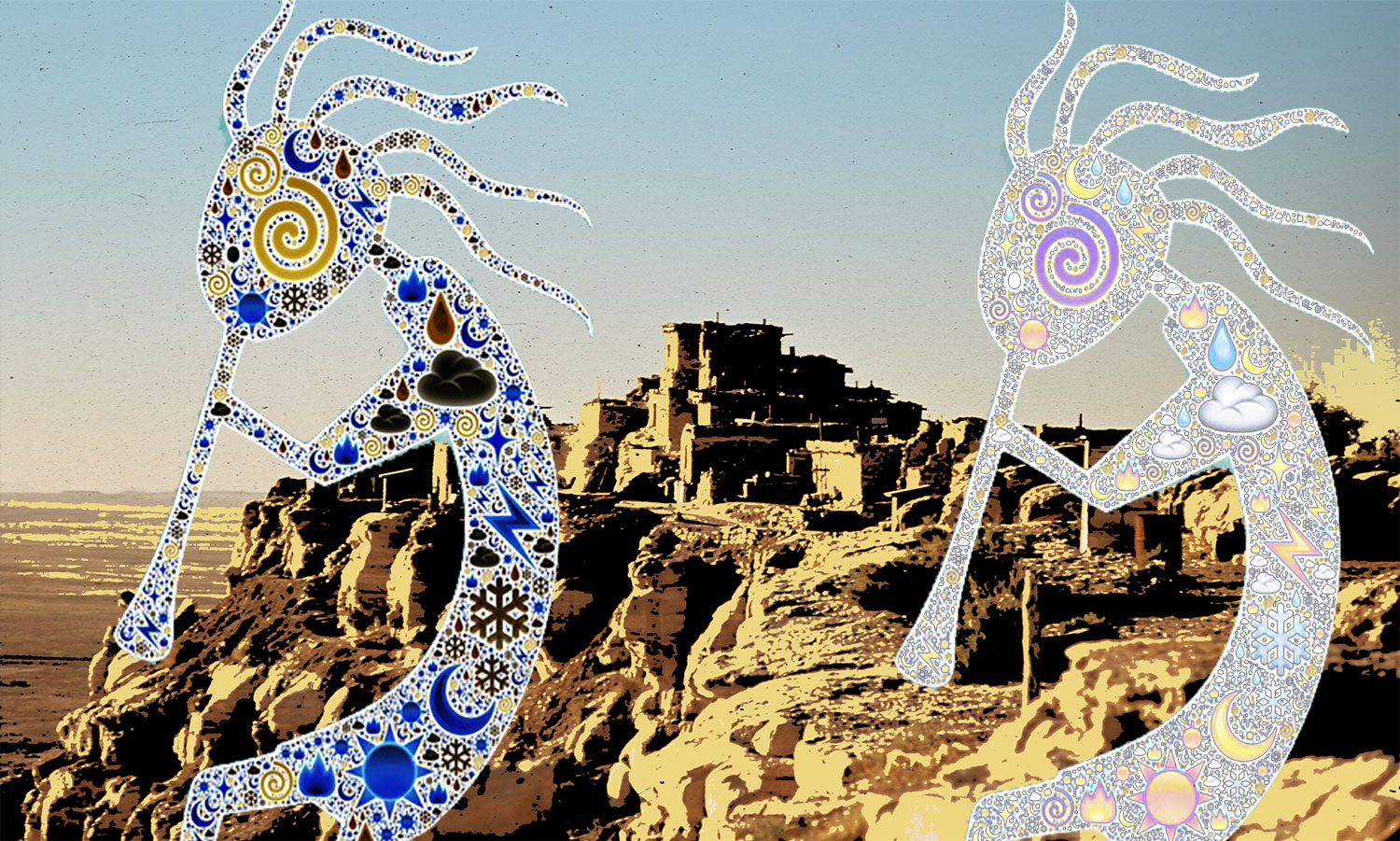 The Hopi live in what is called the Four Corners, a place where Arizona, New Mexico, Utah and Colorado meet. They lead a humble life, punctuated by ceremonies and fieldwork.

Here the land is generous and the crops are abundant. This region is the heart of Turtle Island (USA) which is the bosom of Mother Earth. Each Hopi clan practices its special ceremony, all ceremonies maintain together the balance of the natural forces of Wind, Sun and Rain.

Hopis have respect for all life and faith in the Great Spirit. They had always known that the White Man would come to take their land and try to lead them on the wrong path.

Despite the pressures, they should keep their old religion on their land without violence. If they did, their people and their land would be the center from which the True Spirit would manifest itself.

The Hopi are waiting for the arrival of the True White Brother, in his big red cape, wearing a red cap with a spiral.

The True White Brother will control the entire continent in one day. “If he comes from the east, the destruction will not be too bad, but if he comes from the west, do not go up on your roof to see that, because he will have no mercy.” (source)Tradition of Hopi Indians, USA

The True White Brother and his assistants will show earthlings a new way of life that will lead to eternal life. The earth will be renewed and beautiful, with a profusion of living beings and plenty of food. The survivors will share their fruits fairly. 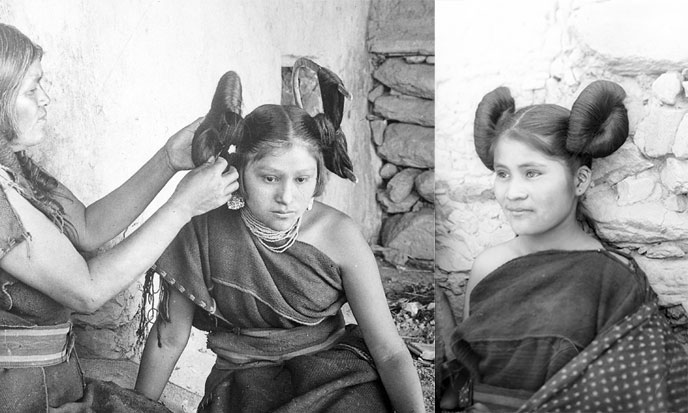 All races will be mixed and we will speak only one language, like a united family. (source)Mitakuye Oyasin, We Are All Related by A.C. Ross Here we see several interesting things. The Hopi, a visionary and mystical people, do not believe in the end of humanity at all. For them, five worlds are fit for humans. That’s enough to reassure us after the wobbly and so-called Maya prophecy of the end of the world in December 2012. They are still waiting … but no hurry! The Hopi remember the men who used the lightning to defeat their opponents.

The firearms of the first white settlers reminded them of these ancient lightning weapons of the men before, so they called them “fire sticks”. They are resolutely optimistic about the occurrence of a new Eden. They expect a return of abundance and immortality for men. (source)Tradition of Hopi Indians, USA

Let us hope they are right, let us hope that this radiant future is not only a memory of the Eden where men once lived, with fruits and crops in abundance, and a much longer life than today. .

The quasi-divine powers that were theirs can come back to us. The races, after centuries of reciprocal mistrust, have already begun to mix, and I rejoice. Vienna is the end of the old dogma of racial purity, excrement of the soul, poison for the spirit.

This so-called racial purity brought us the worst atrocities. Our creators inculcated it by force, to protect the genetic specializations they had developed. But these times are no longer, humanity is now entering adulthood.

Only miscegenation will bring us peace and joy, more and more beautiful bodies, happy hearts and purer souls, peace and harmony between beings. May comes the Rainbow Man! It is he who will populate the new Eden.

First God made heaven and earth. The earth was without form and void, and darkness was upon the face of the deep ; and the Spirit of God was moving over the face of the waters. And God said, Let there be light ; and there was light. (The Bible) 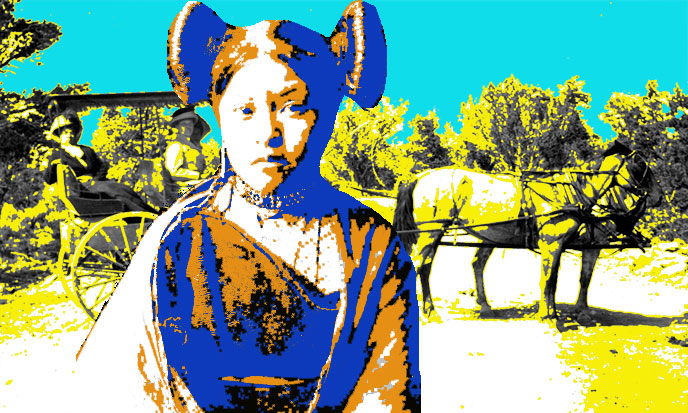 “Let there be light”

The Hopi believe in the creation of nine successive worlds. According to them, the Fourth World is coming to an end, we still have five to live … No offense to the Maya, the apocalypse will wait.

In these five worlds that are still waiting for us, there is the world of Taiowa the Creator and the world of his nephew Sotuknang. This is the moment to roll up our sleeves and polish our souls, a construction site opens which will give birth to a new dawn. Unless it turns out bad and we take everything on the face.

“The emergence of the Fifth World has already begun, plants from previous worlds are resurfacing, it could give us a new botany if we take the time to examine them, and new seeds germinate in our hearts.”

For the Hopis, if the end of time is not yet relevant, the change of world is approaching. At home, the ancients transmit warnings and prophecies from generation to generation according to the oral tradition, and with reference to ancient rock pictograms and tablets. All their prophecies stem from the first, that of Kachina the Blue Star.

“When the blue star Kachina appears in the sky, the Fifth World will emerge, it will be the Day of Purification.” (source)Tradition of Hopi Indians, USA

The blue star is the Hopi name of Sirius. Kachina, in their tradition, is the name they give to the benevolent gods since the creation of the world. These two facts deserve explanation …

“The most curious is that these same benevolent gods are called Kahinas in Polynesia, which could indicate a contact or even a common origin between these two cultures yet very distant.” (source)Maurice Chatelain, In search of our cosmic ancestors, Ed. du Rocher, 1981

If the Kachinas are benevolent gods, why should Sirius, the blue star Kachina, bring destruction? The right purpose of Hopi dances and incantations could be to delay the arrival of this devastating star. Should we expect a cosmic collision? But Sirius is not a comet.

Anyway, is Kachina a comet? A natural star? I doubt it. Blue Star Kachina could well be another mothership like the one which came several times to visit us? I mean Hyperborea … In this case, the whole prophecy could take another turn … Quite different indeed!

No doubt we must leave it to the Hopi shamans to predict, but very few of them still penetrate the meaning of this prophecy. Sirius can hear emissaries from Sirius. Invaders. Kachina will appear in the sky when “she will dance in the square and take off her mask.” 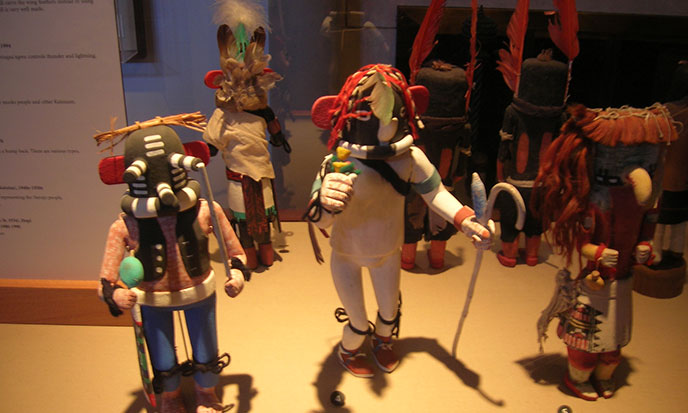 Antiatomic Shelters Are A Scam

And that day, the Hopis will stop celebrating all their ceremonies, because the Fifth World will ask for different rituals. Dr. Allen Ross explains the circumstances of this change of world: “The third world war will be initiated by those who have announced the light to the rest of the world.” Who is it? Israel and the Tables of Moses? Egypt, daughter of Amenta, heiress of Atlantis? China, land under the sky? Japan, land of the rising sun? France and Human Rights? The USA and their freedom enlightening the world? You choose. For the joke. Such general forecasts, too easy.

The United States will be destroyed, body and property, by nuclear bombs and radioactivity. Only the Hopis will be spared, and their homeland will be the oasis where the survivors will take refuge.

Ah? The Hopi Land is near a place called the Four Corners, where four states touch. It’s in the middle of the United States. By what miracle would she be spared? Radioactivity laughs at borders. Will they dig antiatomic shelters to protect future survivors? Not even.

Antiatomic shelters are a scam. Only materialistic beings have these shelters built. Those who are at peace in their hearts are already under the protection of the Living. Evil will not have shelter. Those who do not participate in the planetary ideological division are ready to live in a new world, be they Black, White, Red or Yellow. United on earth, all brothers. “(Source) We Are All Related, by Allen Ross

Okay, it looks like a thousand other salads, it’s always what we say in these cases, when we have not seen anything, and we do not know. The ghosts, I see very well who it is. The invaders, the terraformers, the gods before, these bastards. They have already come, they will come back, the cosmic clock is well regulated. They are never far away. Do not think they are abandoning us when they are not here. They watch us closely. They know everything that goes on the big blue ball.

The prophecy Kachina is an eschatological vision that is related to the apocalypse of Saint John. The gods will come back to judge the living and the dead. Old story. What is certain, no one knows neither the day nor the hour. They may be nearby, will know. Behind the sun in their great mothership? On the moon that stares us with its big white eye? Good. Here we are, thank you Hopi.

There remains a shadow of luck that Kachina comes from a good direction. For the rest, we can do nothing, it will cash. Resist. Allen Ross does not recommend the mole-men strategy. Do not bury yourself, because vengeful gods are also under our feet. Do not attract lightning unless it is for awakening.

On the magic side, building an atomic shelter is the safest way to attract bombs … And even scientifically, if we refer to the theory of fields. Everything happens as if quantum physics was flying to help shamanism. The world is consistent with our deep projections, here is the new song of quantum. The feverishness of the smuggler denounces it to the customs officers. Schroedinger kills a dead cat that can be found alive. The remedy attracts evil, the prevention hurts and the vaccine kills. The shelter makes the shelter a candidate for the atomic holocaust. Bad plan.

Only love resists radiation. O my heart, be my shield.

Find all the texts of wisdom Hopi. 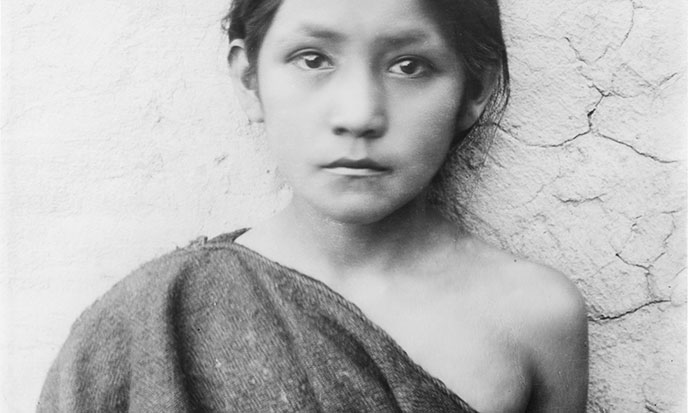