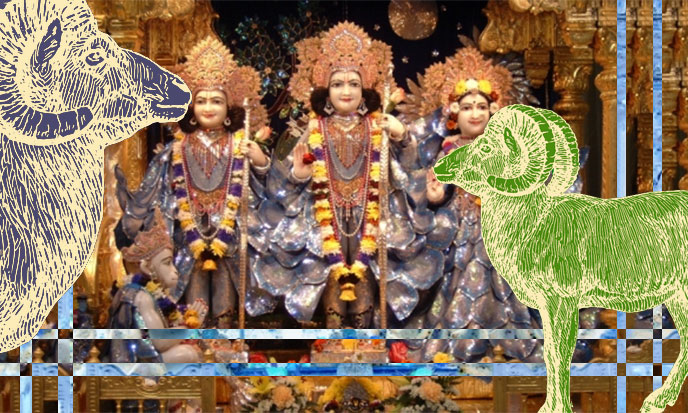 Rama track never ceases to ramify. Ram in my RAM, Rome in my ROM, all is ramming the point home to Rama. My memories are rammed, I let Ram on the rampage when he was rambling through Europe to Asia, dramatic panorama or angelic rampart when General Rama becomes Prince Charming Rama.

This new track is added to the previous ones, without effort on my part, rather a kind of contagion. The research that follows is not mine, it was made by a friend who nabbed the virus to my touch. I give him the floor.

“The Western monasticism had not the eastern deserts as inspiration.

You have to look at the other end of Europe to the Celtic lands, to understand it. Evangelized between the second and the fifth century, North Gaul and the British Isles – Ireland in particular – are covered with monasteries in the sixth century It is a collective model of flight from the world that is growing, but not necessarily full life together – some monks have their own huts. The abbots are cements in these communities that also are intended to complete the evangelism. The Irish St. Colomban and Saint Brendan are itinerant monks, combining Celtic heritage and Christian vocation.

In the Celtic tradition, they take the “Immram” the travelogue of a mythological hero, they Christianized through the pattern of peregrinatio Proter Deum (pilgrimage to God)

In the word immram, it is easy to recognize the root RAM, which refers to Rama. The first Immram has been the incredible journey of mythological hero Rama, the first king of men.

“A Immram (plural Immrama) is a kind of tales of Irish mythology that narrates the travel of a hero (or important person) in the Other World of the Celts, sometimes called Tír na nÓg (the “Land of Youth”) and Mag Mell (the “Plain Fun”). Written in the context of Irish monasticism, they present a Christianized version of these myths, while maintaining a Celtic substrate. The usual translation of the Gaelic word is traveling or navigation.” (source)

Traveling, as the incredible Odysseus of Rama. Navigation by sea or by air, using his ramjets – the vimanas of Rama. 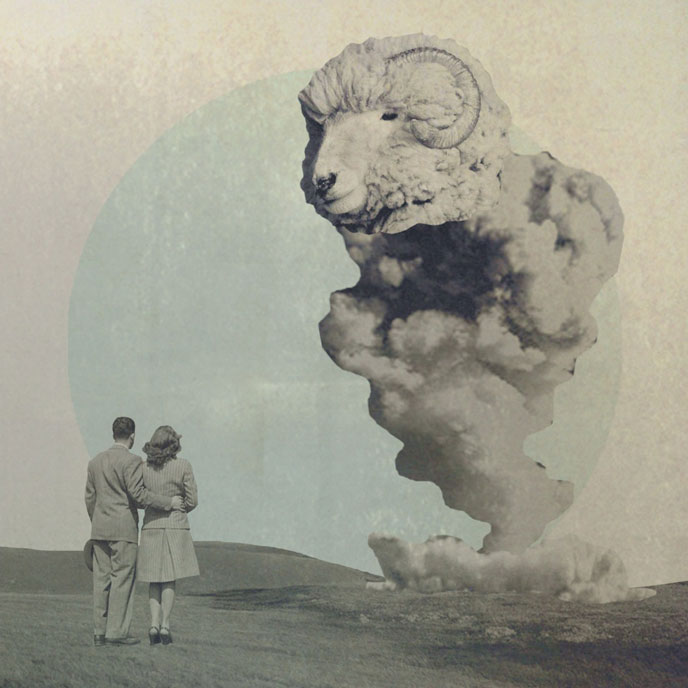 But since this mythical immram, original, the new religion made a clean sweep of that nonsense. Yet here and there, practices do persist. To make it possible through centuries, they must evolve, and hide. Former immram was the trip of a god, the new immram is a pilgrimage to God.

“This ascetic exile is missionary journey. they intend to spread Christianity, and founded the Monasteries for it. In other words, if they do not fix themselves, they contribute to trust the monks in the countries they travel, and especially they write rules for these monks. Saint Brendan trip and almost thirty years of Iceland in Brittany (French), or even to the Azores and Madeira.”  (source)Extract from the magazine “L’Histoire les Collections – L’ÂGE D’OR DES ABBAYES” april-june 2015

Tradition says he went to Americas as well, in company of Saint Malo from Brittany.

“We owe him the prestigious Irish monastery Clonfert founded in the sixth century and, according to some medieval authors, would have allowed thousands of monks. Brendan wrote a rule for them, which was dictated to him by an angel according to vita sancti Brendani.

Saint Columban is certainly the one who founded the most monasteries during his travels. His disciples have spread his rule. Hard, it is based on the authority of the abbot, prayer, mortification (floggings and corporal punishment are many) and the manual and intellectual work. In the seventh century, houses claim to his rule of the British Isles in the Rhine valley and Italy (Bobbio) through the Paris Basin and Normandy (Coutances).”  (source)Extract from the magazine “L’Histoire les Collections – L’ÂGE D’OR DES ABBAYES” april-june 2015

The Irish dynamism helps to root Christianity in the Frankish world and evangelize little Christianized regions such as Alemannia (Switzerland and German South-West). He was at the origin of important cultural revivals, using the expertise of pagan artists. Thus, their shields ornmentation work finds its extensions on the pages of liturgical manuscripts. Illumination was born” (source)Extract from the magazine “L’Histoire les Collections – L’ÂGE D’OR DES ABBAYES” april-june 2015

“Three great Immrama are known – and what interests us is – like panorama – the one that was at the origin of these epics in his honor that became a common name in the Celtic world.

This is also linked to Homer and Odyssey. The sacred thread of Rama was taken over by these monks evangelizing another religion, and despite them teaching the ancient tradition they fight. ”  (source)LZ, Notes de recherche

But are they really fighting?

These wise and adventurous men had found a good way to preserve their sacred culture in the troubled centuries that marked the decline of Rome and the future of the Holy Germanic Roman Empire. Centuries troubled by real events or by History traps.

The Irish monks could spread the knowledge of the ancient religion and sow the hallowed footsteps throughout Europe to the Caucasus. And later in “holy land”, thanks to the effort of the Templars, who are the heirs of Brendan and Malo andColumban, famous traveling monks -or druids – of the Middle Ages.

“The pioneers monks were called illiterate … I rather think thy speake foreign language, ie Irish as Urs (Ursicinus) which is said to be the founder of a community before retiring to a cave and tamed wild animals.

Monk Ursinus came from Ireland. But Ursicinus was also the name of a Roman general.  Ursicinus was a senior military officer, holding the rank of “master of cavalry” (magister equitum) in the later Roman Empire c. 349–359.[In AD 351 or 352 he was entrusted with the suppression of the Jewish revolt against Caesar Constantius Gallus. Tiberias and Diospolis, two of the cities conquered by the rebels, were almost completely destroyed, while Diocaesarea was razed to the ground.Ursicinus also was ordered to kill several thousand rebels, even young ones. (source)Wikipedia  I discovered this yesterday. (source)Ludmilla Z. Research Notes

Congratulations on this great discovery! I add that Urs refers to the Bear Clan, a Celtic and Amerindian clan. It is also in the name of Prince Arthur or Arthus, a Celtic prince educated in Rome. Rome, Rama, the Celts, some Irish monks … We expect to see Corto Maltese passing through the page … 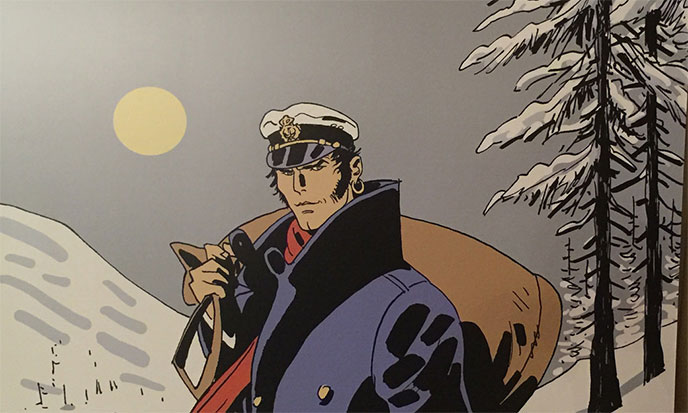