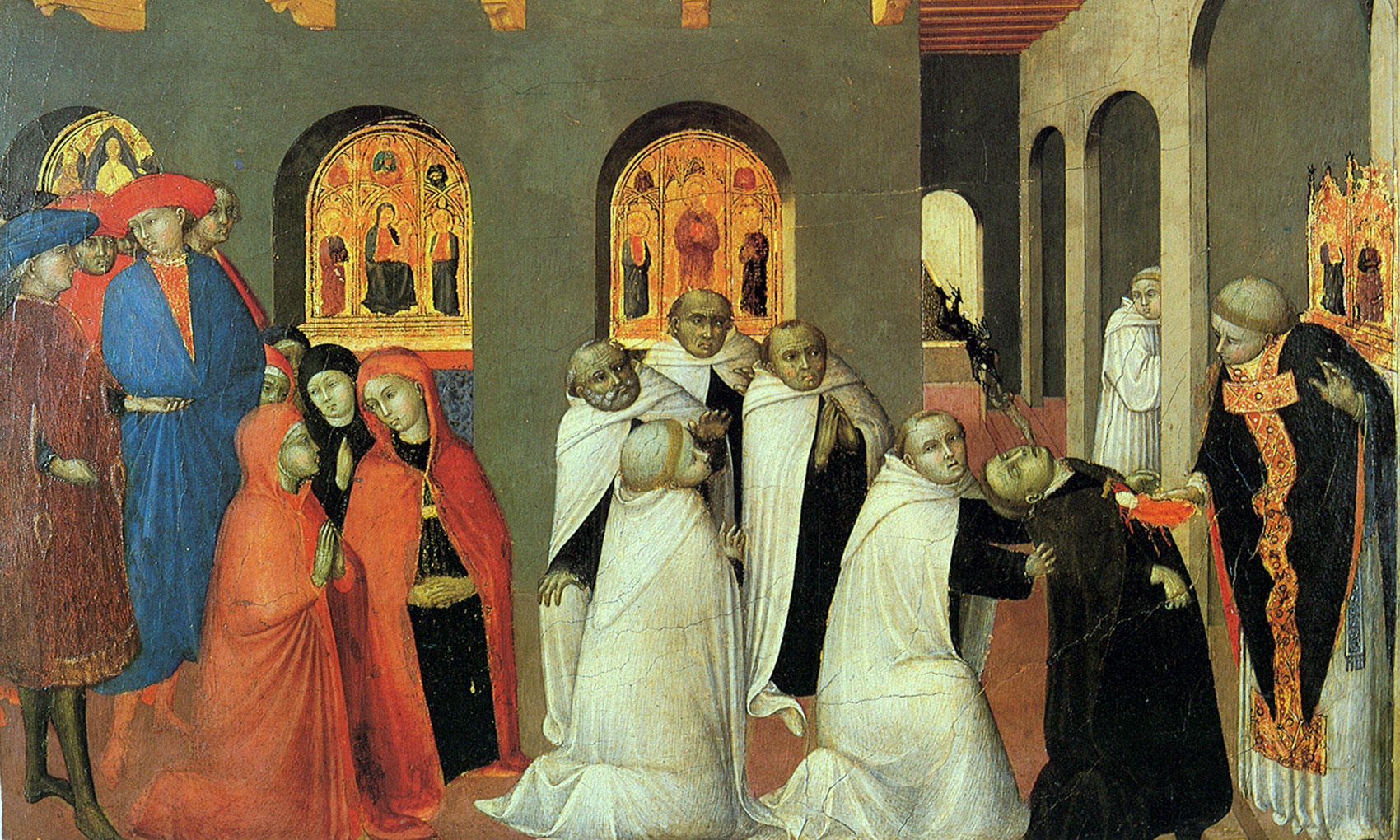 Simon of Samaria, who is called the Magician, is a historical figure, at least more historical than Jesus, whose traces are difficult to find elsewhere than in the Gospels. But Christian sources are unfavorable to this Simon. It is true that Jesus himself did not like wizards at all.

The earliest evidence of Simon the Magician is found in Acts 8: 4-5, who presents him as a successful magician in Samaria and as a kind of divine emanation, because of his identification with the “Power of God”see Acts 8,10. Come on! I had always imagined that the power of God went to His Only Son ?! I guess I was wrong … Maybe God has several sons?

This little-known episode presents facts largely ignored by our contemporaries –christian or not. Admittedly, the time of Jesus did not resemble ours. Everything changes so fast. How to imagine that in 2000 years things remained the same? Yet the omnipresence of magic, the popular success of miracle workers are characteristics that are not necessarily attributed to the first century. Jesus himself mentions several times this fashion that he considers invasive.

Did he believe that the miracle workers were unfairly competing with him? In the apocryphal gospels, Jesus reacts unambiguously on the question of magicians. As Mary Magdalene tells her about their exploits that attract enthusiastic crowds, Jesus answers: “It’s true, there are also those sorcerers of misfortune!” The quote is from memory, the words are mine, but the idea is Jesus’.

It is a fact that is not taken into account, because nowadays the miracle workers do not run the streets and squares, whereas in Jesus’ day, they swarmed. The apostle Simon Peter, who was the disciple of the origins and the first pope directly appointed by Jesus, himself belonged to this clique – and this is the most surprising. Who were they? Illusionists, wanderers, forgers abusing public credulity? Or real wizards invested with supernatural powers? In this case, where did these powers come from? Good or evil? God or the devil? Be that as it may, the Acts of the Apostles present Simon Peter as a champion of the miracle. Here is the detail of the ridiculous competition which opposes Simon of Samaria, king of the magicians.

Simon In The Bible

Those who had been scattered went from place to place, and proclaimed the glad tidings of the word: Philip went down into the city of Samaria, and preached to Christ, and all the people were attentive to what Philip said when they learned and He saw the miraculous signs that he was doing, because impure spirits came out of many demoniacs, screaming loudly, and many paralyzed and lame were healed.

For a time, a man named Simon had practiced witchcraft in the city and astonished all the people of Samaria. He boasted of being a great person, and everyone, high and low, gave him his attention and exclaimed, “This man is rightly called the Great Power of God.” They followed him because he had long astonished them with his witchcraft. But when they had believed Philip, when he announced the good news of the kingdom of God and the name of Jesus Christ, they were baptized, men and women. Simon himself believed and was baptized. And he followed Philippe everywhere, astonished by the great signs and miracles he saw.

Peter answered, “Let your money perish with you, because you thought you could buy the gift of God with money! You have neither part nor share in this gift, because your heart is not right in front of you. God, repent of this wickedness and beg the Lord to forgive you for having such a thought in your heart, for I see you are full of bitterness and captive to sin. ” Simon answered, “Pray for me to the Lord, so that none of what you said will happen to me.” (source)Acts 8, 4-25 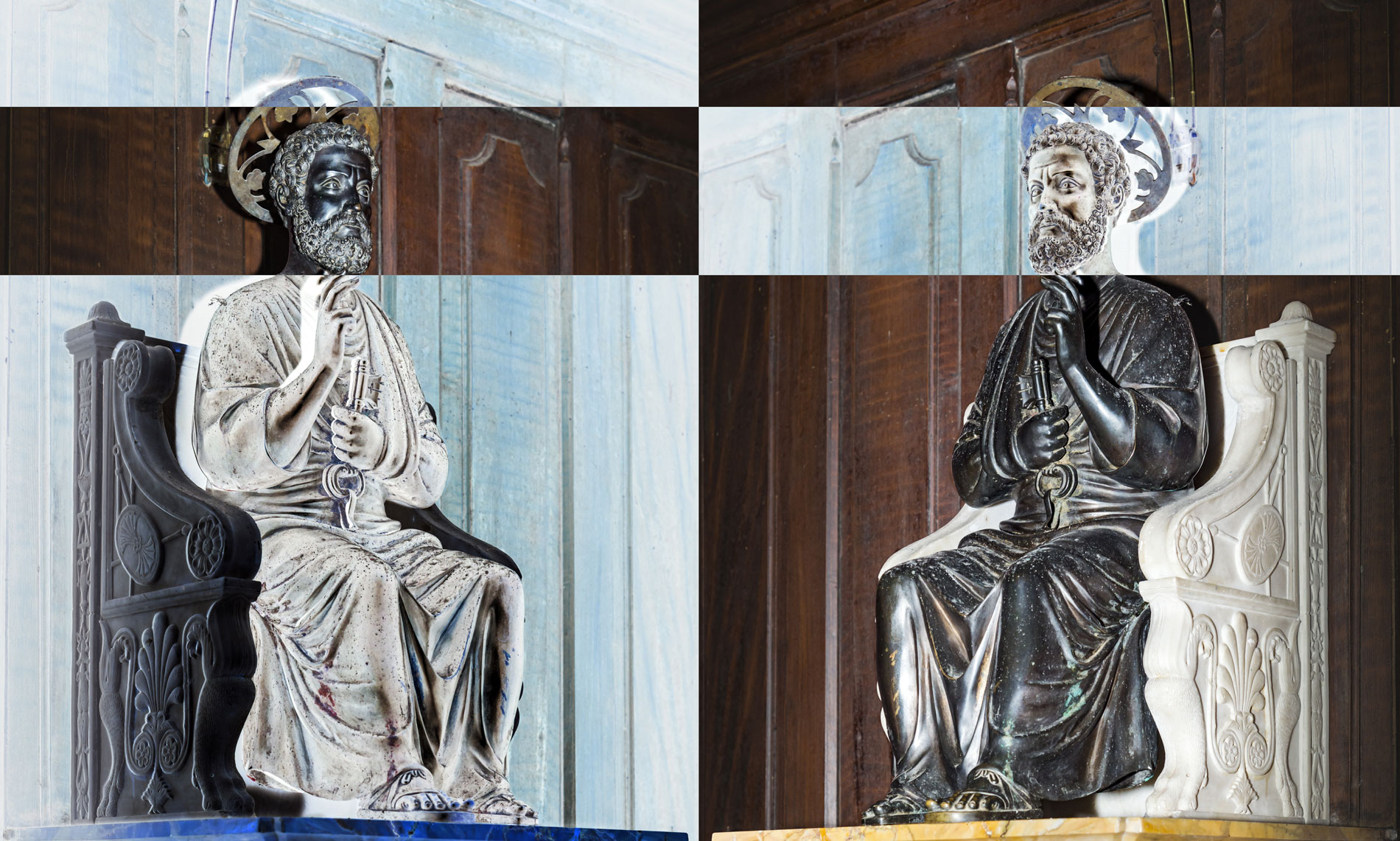 Simon’s second appearance in the Acts of Peter. Simon arrives in Rome and seduces the crowd, including flying in the sky. Peter is in Jerusalem when he sees Christ appearing to him, he sends him to fight Simon whom he had already conquered in Judea. Pierre immediately impressed by the various prodigies he realized – he began by making a dog speak, restoring, by prayer, a statue of the emperor, etc. Their confrontation made the subject of a Romanesque capital of the cathedral of Autun. (source)according to R. Gounelle, SBEV / Ed. du Cerf, Paris

It is Jesus who encourages Peter to compete with another magician. All this evokes more a quarrel of fairgoers rather than a theological confrontation. See the detailed account as it appears in the Acts of Peter:

“Then Simon, standing on a high place and looking at Peter, began to say,”Peter, now that I stand before all these spectators, I say to you, if your god is mighty, that the Jews put to death – and they stoned you, whom he had chosen – that he prove that faith in him is faith in God, that it is clear now if it is worthy of God. when I rise, I will show all this crowd that I am.” And he rose up in the air, everyone saw him from all over Rome, raised above his temples and hills The believers turned their eyes to Peter, and Peter, at the sight of this unheard-of sight, cried out to the Lord Jesus, saying, “If you let him do what he has done, then all who believe in you will be scandalized, and the signs and wonders you have given them by me will no longer be worthy of faith, quickly, Lord, show your grace that, falling from the air, he feels an extreme weakness, that he does not die, but that he is exhausted and breaks his leg in three places. And, falling from the air, he broke his leg in three places. Then, we stoned him, then everyone went home, all now having faith in Peter.” (source)Acts of Peter, 3

A crowd temper used to be so gentle and peaceful! Stoned, the scammer! Bad trip for him. Other times, other customs. Reminds me of happy Arabia.  Peter was lucky enough to escape the killer mob. Provisionally, I say. In the end, he will die crucified upside down so as not to seem to copy Lord Jesus. Imagine Peter being stoned in his turn! “You are Stoned and on this stone I will built my church” would have say Jesus who could be a jolly good fellow.

“Another non-narrative tradition is set in the struggle against heretics, which makes Simon the father of Gnosticism and all heresies.In the second century, a writing was attributed to Simon: the “Apophasis megalè”, or “Great revelation.” However, the meager information preserved on this text reveals an esoteric Christian thought that is based on biblical sentences, on the “Odyssey” and on Greek philosophers. that some authors attribute this text to a Gnostic current going back to the historical Simon, it seems more prudent to stick to a composition of the middle of the second century, making Simon the Magician the privileged revelator of a secret doctrine.” (source)R. Gounelle, SBEV / Ed. du Cerf, Paris

Yeah. All that feels late rewriting. We are in an episode that could tip all the doctrine, if we took the trouble to represent what it really means. But why bother with the religion of Jesus? As if the religions were not all equal … Each has its share of truth and its thirty-six shares of error. Each is based on 90% of pure invention, and the remaining 10% are not worth diddly. Ask yourself the right questions: how many believers still believe it hard as iron in the wound, hard as torture, hard as hate, hard as exclusion, excision, excommunication … It is better that Jesus did not exist, it would have hurt him too much to see that.