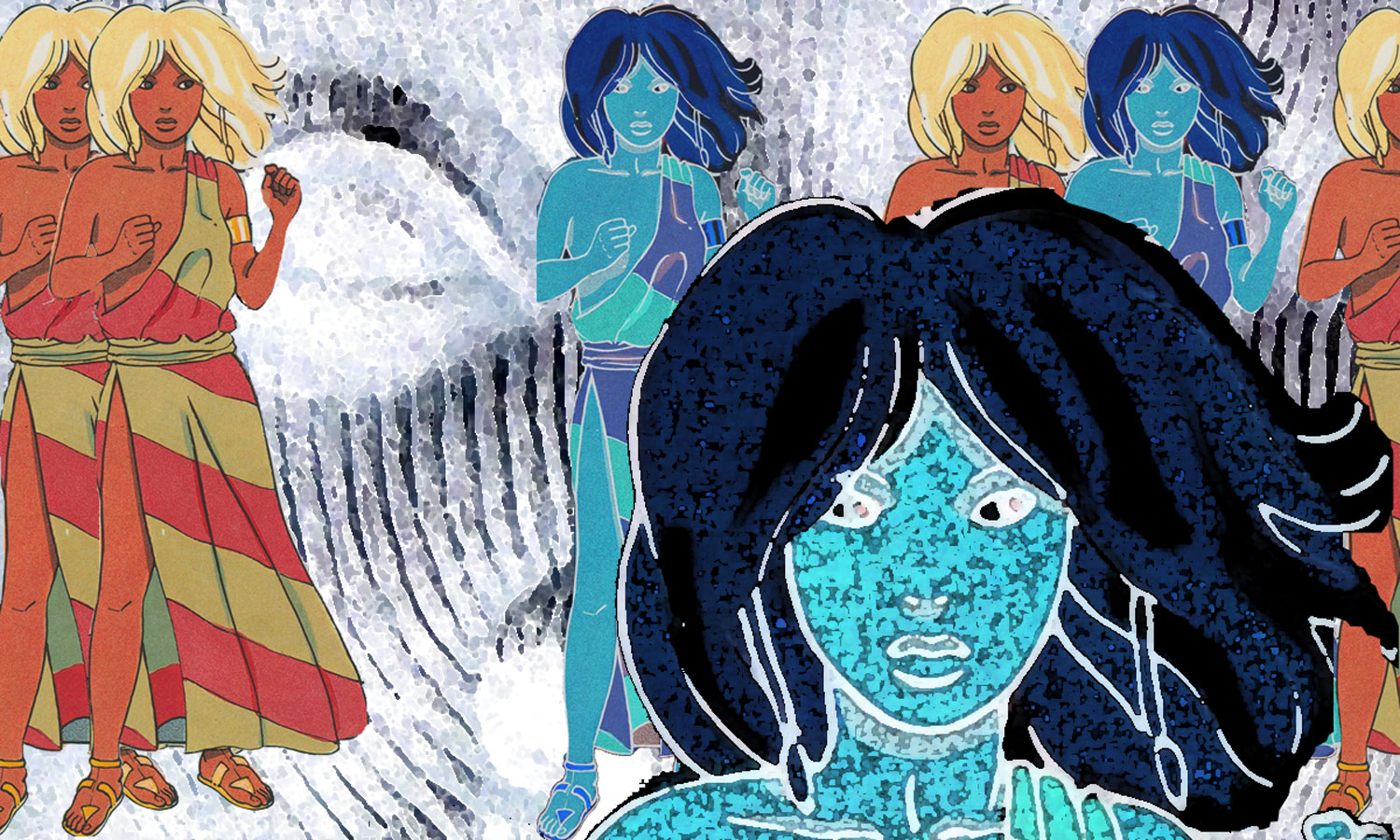 An experience that is close to my heart since childhood: time inside time. I have to explain myself on that. I baptized this experience as infra-temporality. The word can be scary, but the thing is amazing. Nobody talks about it and everyone knows it.

Remember the math class that lasts a long way. Think of the two days of the week-end that are going much faster than two days of work. There is also the car accident. I have lived several. There is the objective time, and the subjective time. The accident lasts only a handful of seconds during which we have time to relive all his life …

In some circumstances, it is possible to dilate the subjective time that forms a bubble within the objective time. The subject in danger passes on another time scale, and while the outside world evolves at the same speed over time objective, the subject has stopped the world or stopped the time for what concerns him, which leaves him all leisure to act to ward off the threat and avoid danger. 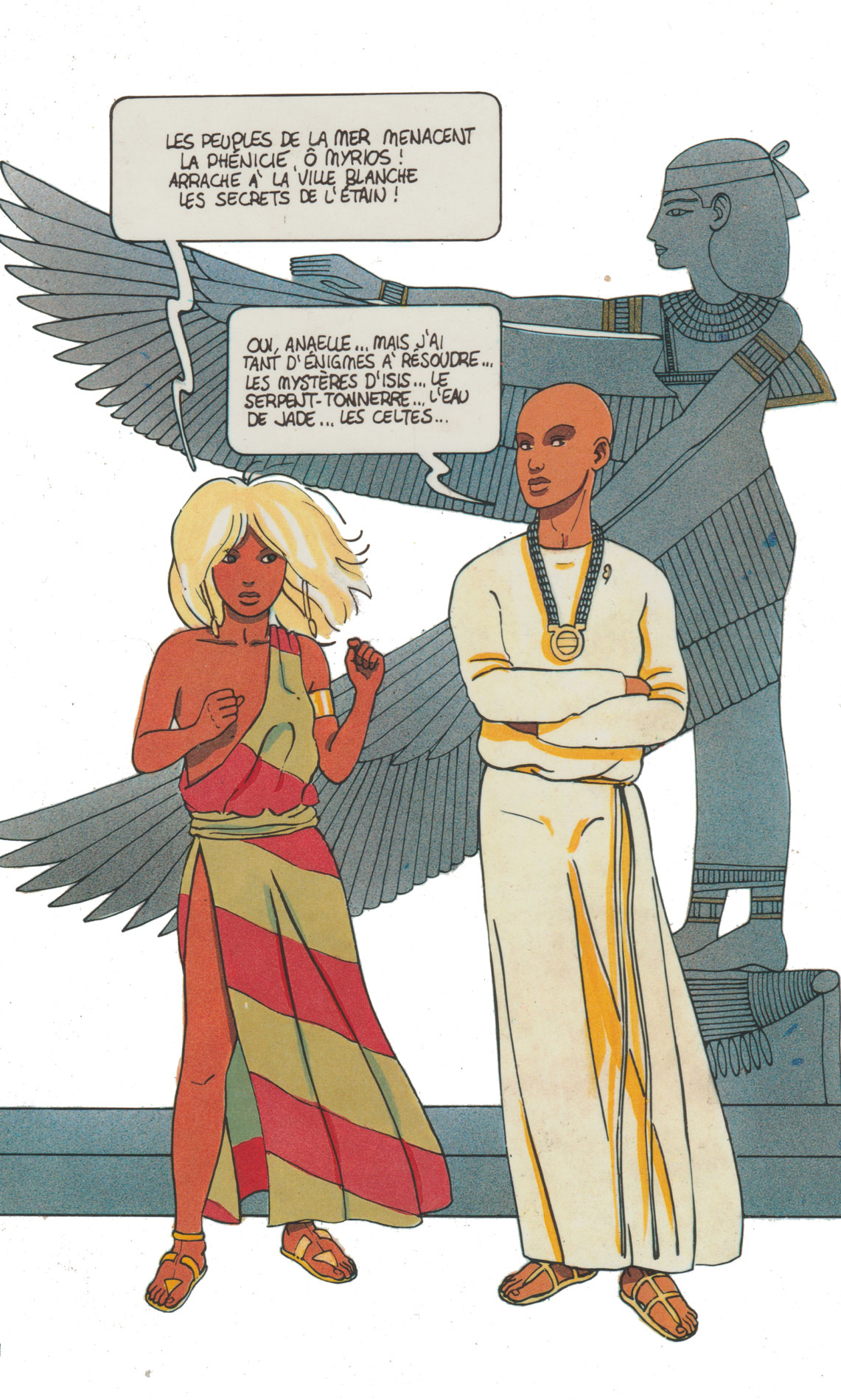 The ancient Egyptians had a recipe for automatically accessing this subjective time bubble, so that it simply substitutes for objective time. This recipe is called jade water. It was made under a pyramid, with water that was to stay there for a moon. One of my friends, Guy D, followed the ancient recipe and got some jade water that we tested both.

Well, I can tell you, jade water distorts the weather. Subjective time becomes universal law. It takes precedence over the objective time that seems to align with it. Some learned teachers of quantum physics could probably explain this paradox. As for me, I trust my body: after having swallowed this magic potion, we made 300km in a 2cv at the top speed of a TGV: less than three quarters of an hour. In deuche !! Yes, the thing is impossible. I agree with that. Yet we did it.

But I have already told this anecdote. In 1985, I was in charge of comic books for Okapi, when I met Guy D who told me the secrets of jade water before making me taste it. I made him meet a friend cartoonist, Frédéric Boilet, and all three of us started the thrilling adventure of creating a comic album. The subject touched me closely. Naturally, the proximity created between us during the many work sessions brought us to a higher speed. We have lived through these stories of power that leave a fascinating memory.

In those years, I found the friend Gilles. I already mentioned Gilles, the yogi on the rooftops of Paris. I recounted my initiatory trip to India in the 70s. Fifteen years later, he showed me how to consecrate wine. Fill your glass of red wine, raise it to the height of your forehead. Now visualize a column of light rising from the glass and rising to the sky. There, says Gilles, light meets the spirit of wine. So the celebrant – Gilles in this case – feels a very slight shock in the glass. Contact established. The wine is dedicated. 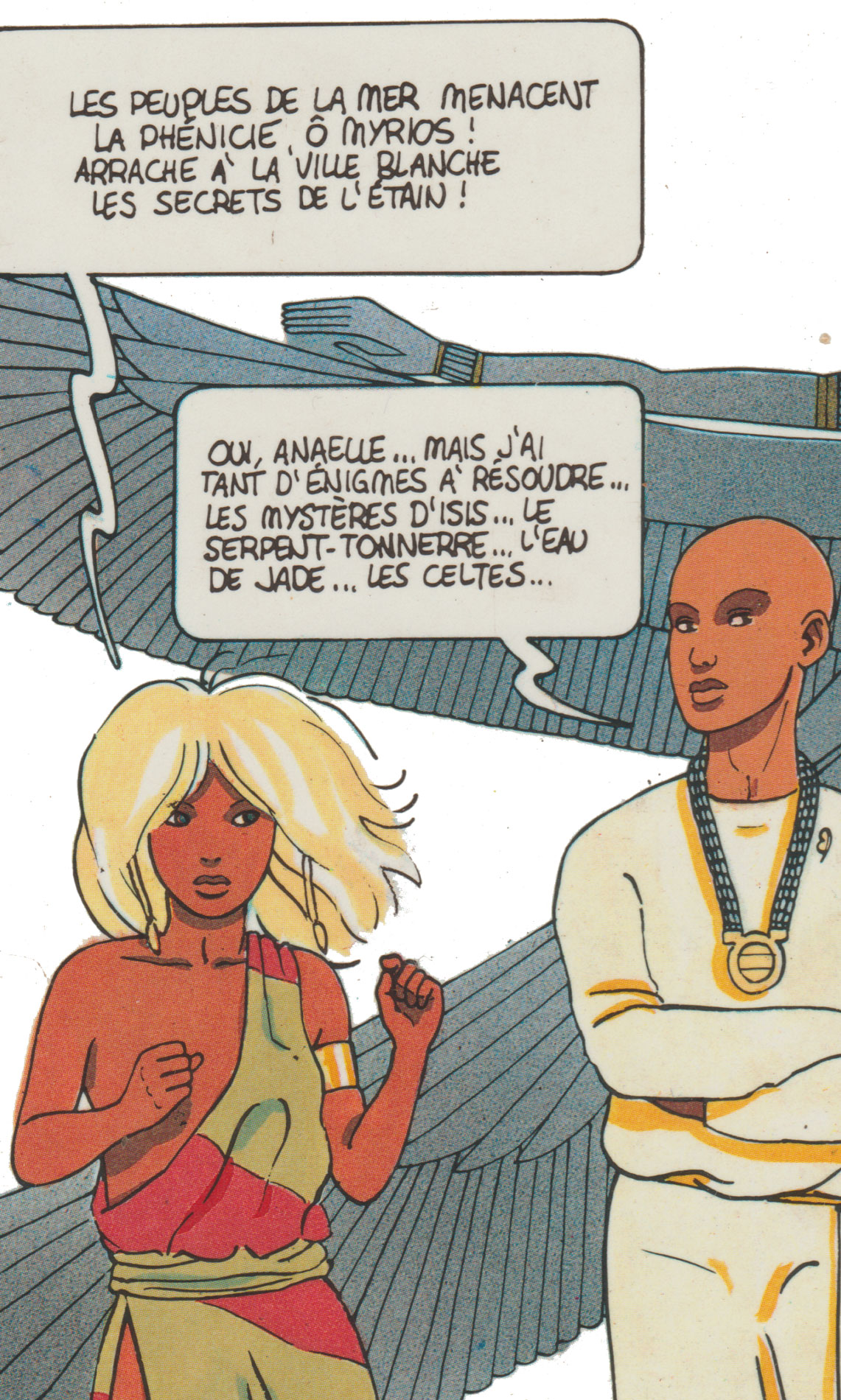 During the last meetings, I had the opportunity to show this apotheosis of the wine to the trainees. Noemie was surprised that the thing could not work with a liquid other than red wine, as I had warned. She wanted to test the consecration of water. The ritual performed, it seemed that the water has lost its fluidity. It looked viscous, thicker. Which immediately reminded me of the jade water.

Intuition verified after having tasted it. Noémie had just made jade water in a few seconds, with no pyramidal structure, no gold cup, and nothing of the ritual objects used. I was on the uc. Alas, after having drunk each one, we did not observe any particular effect, either on time or on another perception. I think we were not far off the mark. Jade water can be made with the red wine consecration method, which Jesus used at the Last Supper. In the doubtful case if he has existed …

I have had the opportunity many times to live this kind miracle of the consecration of wine, while deploring the fact that the priests, who believe in consecrating the wine every day by celebrating their Mass, have no idea of ​​what they have to do to really get there. No project, no faith, no reality. They utter empty formulas for a dead god in whom they no longer believe.

The warrior is fast. Faster the sorcerer. Inner speed, emotional mobility, memorial fluidity. Multiplicity of solicitations, safety of analysis, support of intuition, messages of instinct. The warrior stalks. He records every detail because his life depends on it. He’s dilating the moment, his days are fully stuffed, he’s crunching the banana in the middle, laughs out loud, bursts with joy, enjoys the fight against himself, risks his life on a deadly path, keeps his word and holds his course.

Live as if the moment is your last moment. Captures. Checked in. Eat it. Have a fun. Come back to it. Fast. Multiple. Who too kisses is too happy. It’s so good kisses, hugs, caresses! The good side of the matter.

The sorcerer spends most of his time in the bubble of his subjective time. He digs, he rounds his time capsule. The experience and the years make him a kind of mole of time that extends to infinity his network of galleries. Corridors of time. Worm holes in the time frame. Or spatio-temporal?

I rarely do one thing at a time. I love to act multiple. Complete four tasks in one step. I struggle in a present that mishandles me to love myself. I thank for all this. I do not expect anything. I act anyway. In the suspended time I slip. On the wall of time I hoist myself. Virtue of vice. Slow climber unscrewing. Indifferent to the precipice. Indecent chance of the novice. Rival accomplice.

Old age is a progressive slowdown that ends in the immobility of death. Staying alert, alert, active is the antidote to aging. Keeping it fast saves the energy that is used to further increase the inner speed. The warrior is like lightning. He acts without delay. What his eye sees is transmitted to his muscles without passing through the brain. The action is immediate. So does the fly.

By dint of storing live energy, comes a moment when the warrior swings into infinity. He found eternity. So the warrior goes fast, the world stops. The warrior is Buddha. 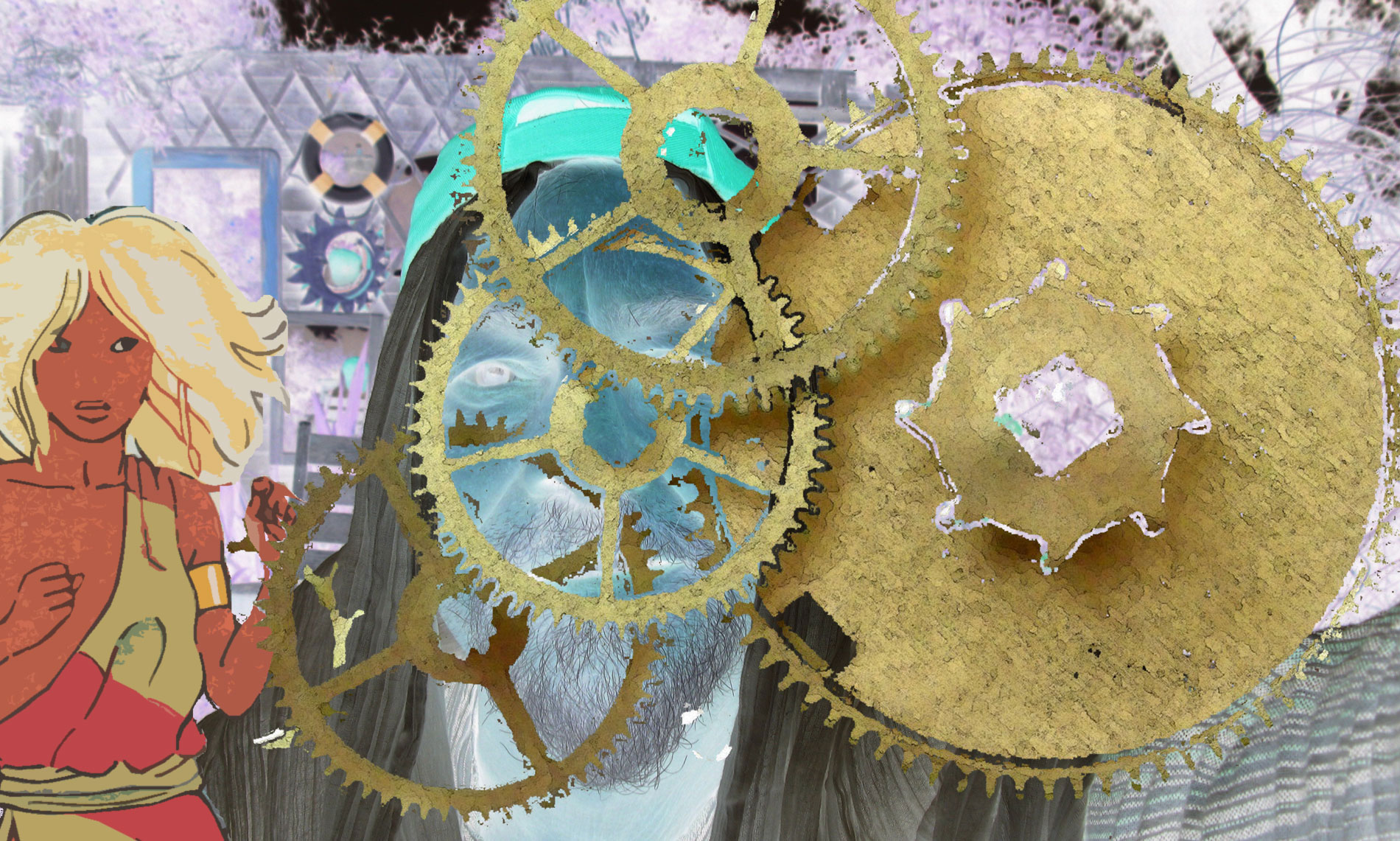 The Verge Of Eternity

I knew when I was high school student a priest profes of philosophy in terminale. His name was Jacques Durandeaux. A man out of the ordinary. Not because he was a philosopher, he must be in his priesthood, it helps. Neither because he believed in God, as his colleagues had passed his hand, he only bit with the tips of his teeth. The title of his first book is quite eloquent on this chapter: Living Questions to a Dead God. You can imagine that this book has unraveled the clerical hierarchy.

Shortly after May ’68, he renounced the priesthood to devote himself fully to psychoanalysis. Some call the confession of modern times … Another book of him shocked me in a good way. This book still haunts me fifty years later. The title? Eternity in daily life. His sensible questions brought me others. Eternity is not a state you get after death, in some hypothetical paradise. Eternity is not something that is reached at the end of a long way in the belly of objective time. Eternity is elsewhere.

Eternity is the ultimate degree of enlightenment, the one I have not spoken about yet. It is possible to leave this temporal and spatial plane to come to live a time inside the time where everything is present, eternally present. We must look for eternity at the heart of the moment. And for that, the recipe is known. Just stop the world.

So eternity is accessible. But as soon as we succeed, we have stopped the world in a radical, definitive way. We left the plane of the living. Out of time, out of the sensitive space, out of the company of our fellows. Finally, eternity, is it not the nirvana of Buddhism? The description is the same, in any case. When Buddha arrived there, he was released from the karmic chains, laid the yoke of eternal reincarnations, he stopped the worlds. He left life as we know it.

It’s found again.
What? – Eternity.
It’s the sea gone off
With the sun.

From human approvals,
And common impulses,
There you free yourself,
And fly, it all depends.

Since only from you,
Embers of satin,
Duty is exhaling,
Without anyone saying: at last.

There’s no hope there,
No orietur.
Science along with patience,
Torture for sure.

It’s found again.
What? – Eternity.
It’s the sea gone off
With the sun 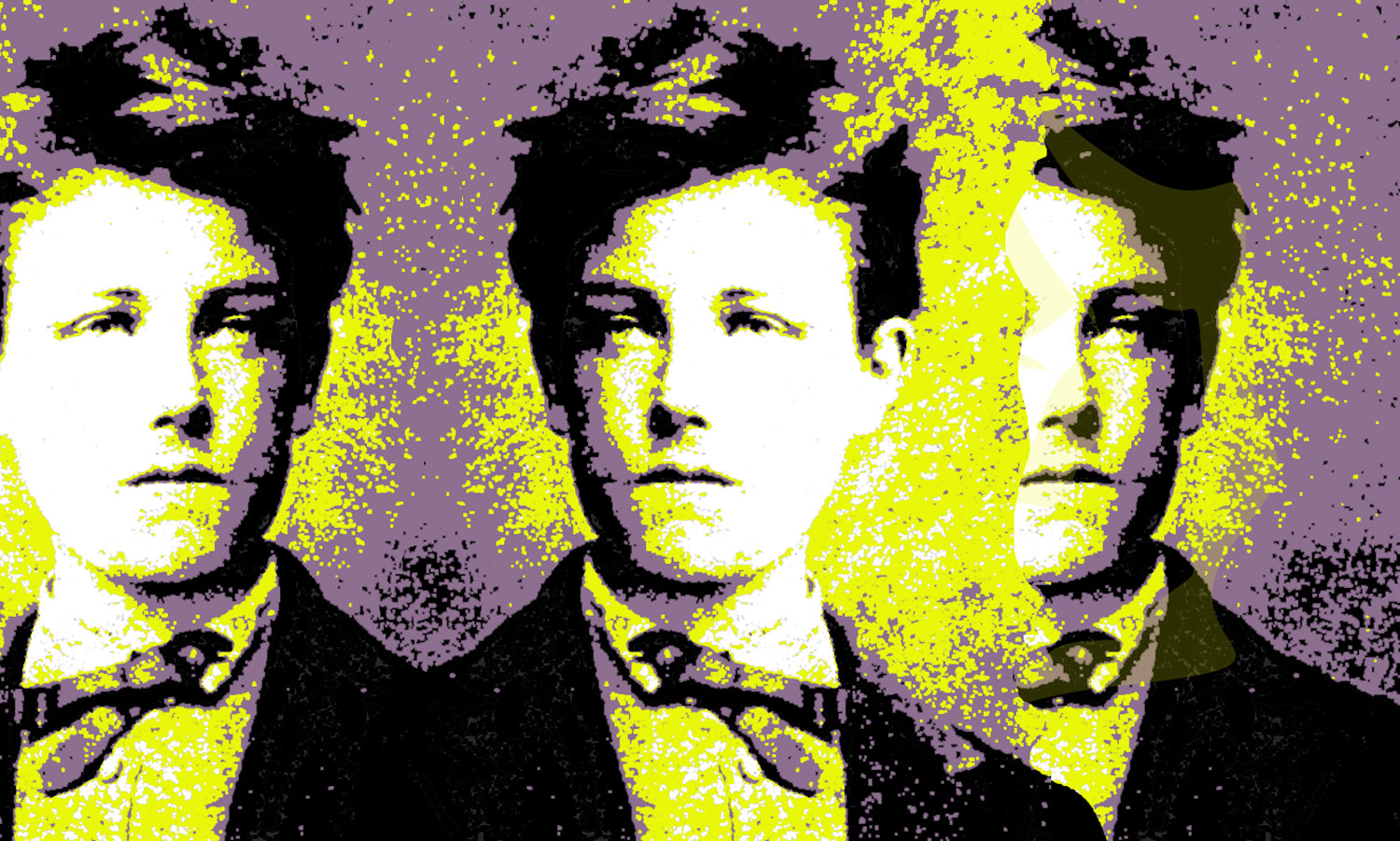 In another article, I will tell you about the old seers. They are closely related to this discovery. Not only do they know that eternity belongs to the one who stops the world, but they have found the surest way to achieve it.

The earth has a skin and that skin has diseases; One of these diseases is called human.