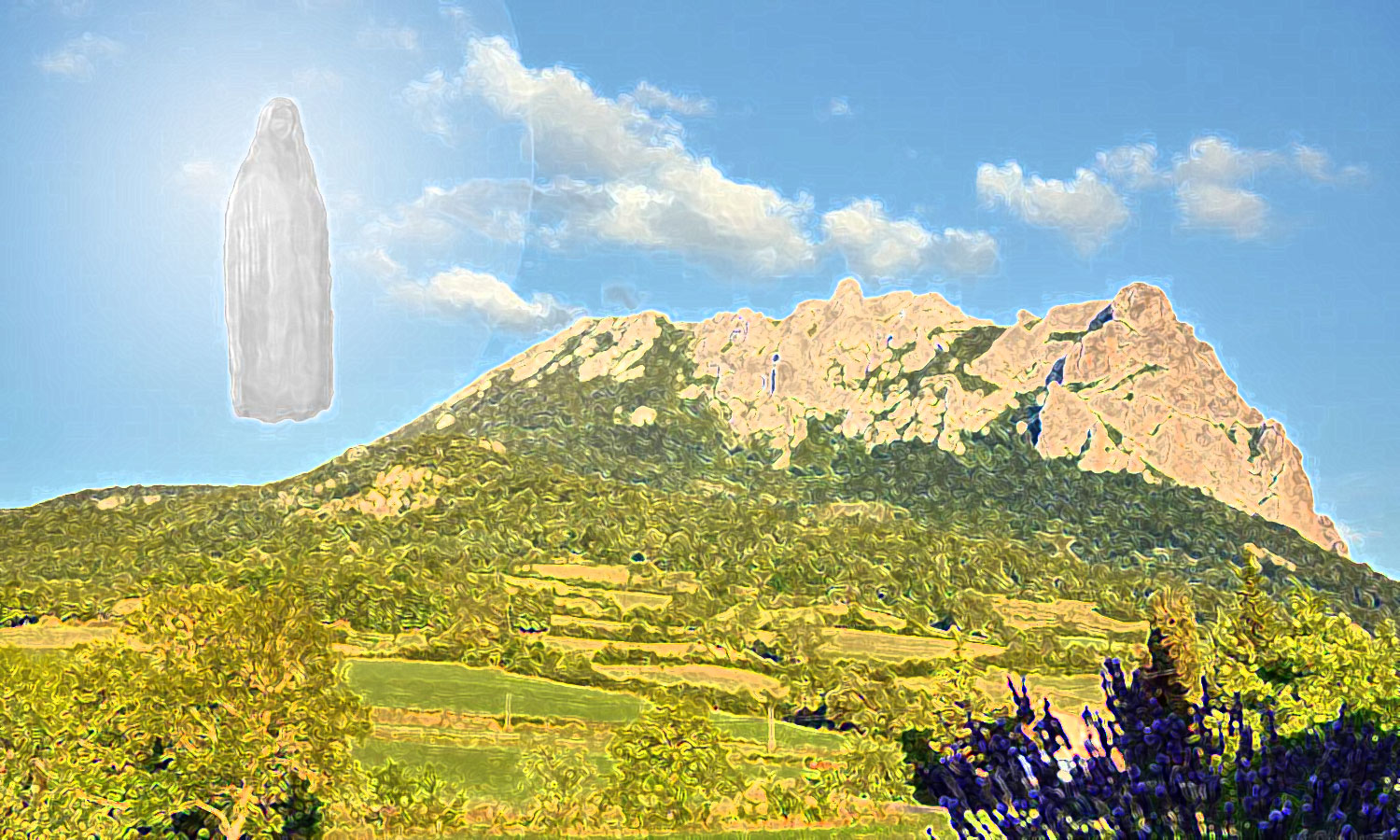 I had strange dreams and all night a leitmotif: Bugarach … that word with Celtic sounds echoed in my head … language of the goslings?

Looking this morning, I found a Breton bled called Bugara – but it’s not Bugarach, oh no, not quite. Bugarach is the commune of Aude with a hill that sheltered the Cathars and where some illuminated took refuge in 2013 to wait for the end of the world. They are no longer there, and the world continues.

In Wikipedia, I found this: “Ernest Nègre indicates the possible origin” field of Bulgarevus “given the suffix latin -ium and the mention Bulgarevus attested in 962. The toponym can be based on the name of man Germanic Burghar, with the suffix -aticum According to other sources not specialized in toponymy, Bugarach would come from Bulgarian (buggers or brambles), name given in the Middle Ages to the ancestors of the Cathars.“ 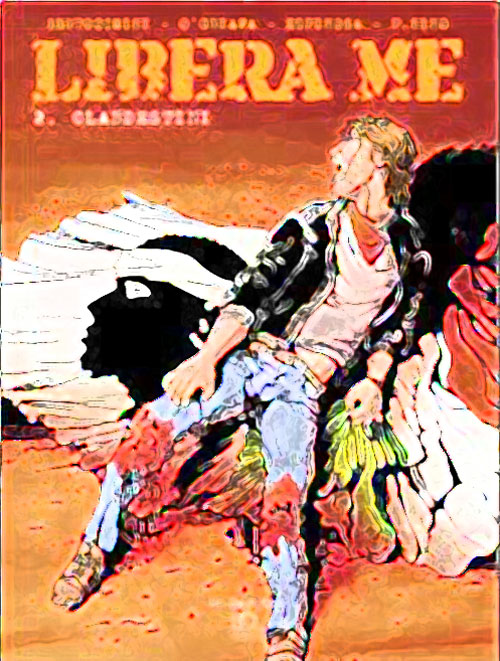 These Bulgarians are puzzling … Could it be a very old track leading to Thrace and Rama? And that very breton Bugarach that sounds like Ploumanach … The other day to Mariastein, descending under the great basilica by several long corridors, crypts and other tunnels, arriving at the cave that contains the Libera Me, I was taped by place. And even more to hear the history of the place – including the stupidity of the Nazis because this abbey facing Alsace was the object of misery.

The story of the pilgrimage begins in the 15th century with a young cowherd left to keep his flock with his mother on the heights. While his mother was resting in an anfractuosity, the boy went away and nearly fell. He then saw a beautiful lady who disappeared mysteriously after showing him a site on a rock and the child was preserved from the fall.

On his return, his parents, as described by their son, were convinced that it was an apparition of the Virgin Mary. They built a small stone chapel above the little cave. It was rebuilt in 1470, after a fire, and the pilgrims flocked. Knight Hans Thüring Reich von Reichenstein was miraculously healed in 1541 and the family enlarged the chapel (since called the Reichenstein Kapelle). 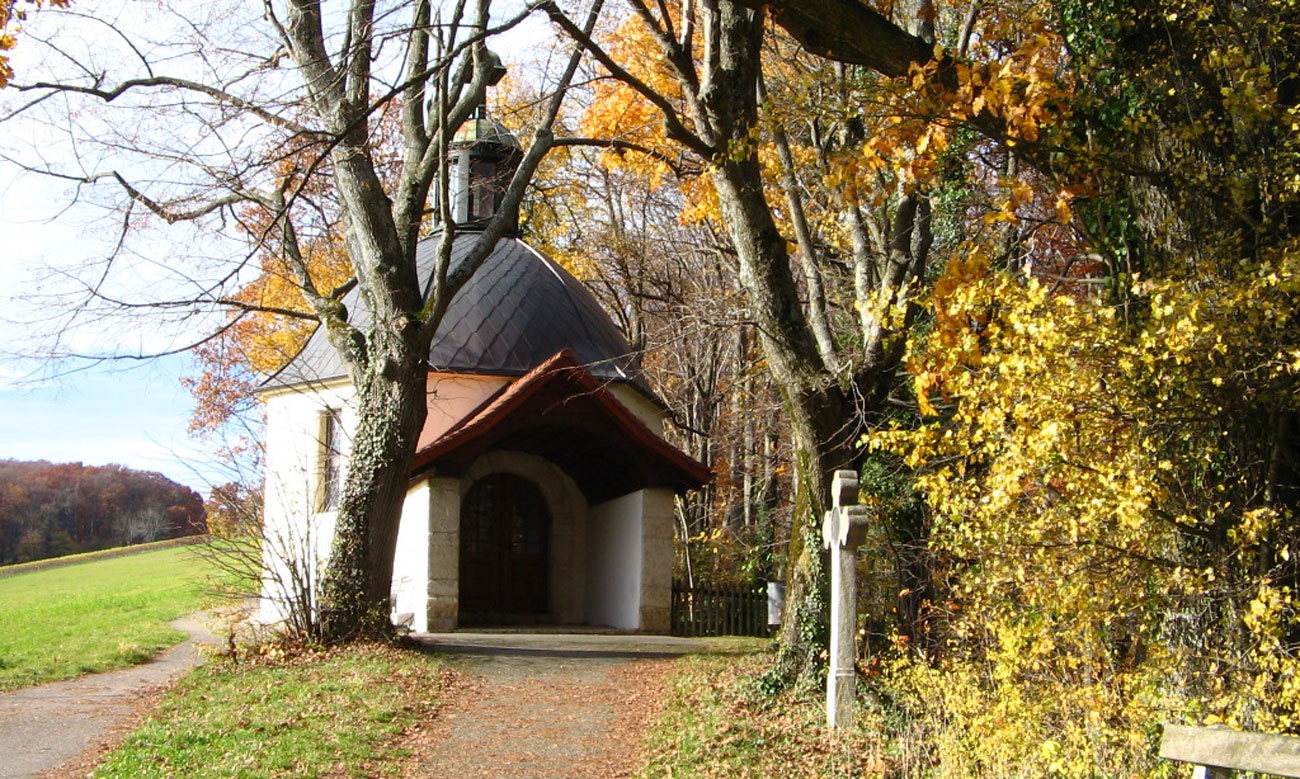 The Virgin, called Our Lady of Consolation, was carved surrounded by cherubs. Benedictine monks from the Priory of Beinwill came to ensure the spiritual direction of the pilgrimage from 1636 and built the current abbey in 1647-1648 which joined the Benedictine congregation of Switzerland on the authority of the Pope’s legate. The pilgrimage then became extremely popular in Switzerland, as far as southern Germany and Alsace.

The abbey was secularized in 1798, during the French Revolution and the invasion of the French troops and was reopened in 1803; but in 1874, during the Swiss Kulturkampf, the Benedictines were forced to exile themselves to Delle in France. They were again driven out by the 1901 Congregation Act.

They then found refuge in Dürnberg, then in Bregenz in Austria. The National Socialist authorities expelled the Benedictines in 1941 and they again sought asylum in their homeland, which granted them their return to the abbey of Notre-Dame-de-la-Pierre. It regained its official abbey status in 1973. 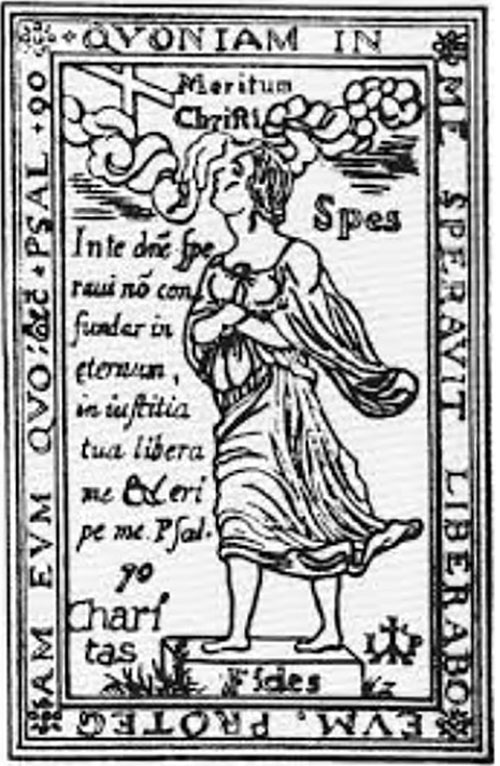 What puzzled me the most is the “Libera me” at the bottom of the cave or what makes it a function … it’s the first time I see such a thing in a cave or a powerful place and defined by the monks by partitioning the place and depositing a Christ in the carved tomb. Same sensations as in the caves finally close to Lucelle where we had the impression to have both a chapel and a libera me. Can not take clear pictures of these two places.

Publisher’s Note: For a better understanding of these valuable words, I must remind the reader what Jean-Claude Flornoy called a libera-me. Behind the choir of Gothic cathedrals, in the wall, one can sometimes observe loaves where the body of the deceased was deposited. These niches vibrate very low on the Bovis scale. They are hostile to life. the stay of the corpse in this unbearable place allowed the soul to detach itself from the dead body. Which avoided the formation of a ghost. (xs)

We have everywhere on the Swiss territory places where the black virgin radiates and where signs of the vouivre are present – even in the small city of Saint-Ursanne where astonishing signs in the cloister probably indicate different energies and polarities. But did not find anything.

I bless these companions, those brothers who were said to be illiterate (refuse to read and write, what better proof that these were the old initiates of the old religion?) And who knew how to maintain the secrets of the sacred flow in them. inserting in the stone and signs.

I did not even know that there was a feast of the virgin December 8 … but all week, my footsteps led me willingly or involuntarily in the footsteps of the Goddess. A need for silence, solitude, withdrawal … the lights are in the garden and in the fireplace. Joy of a solitary evening with the pussies who shared my soup. 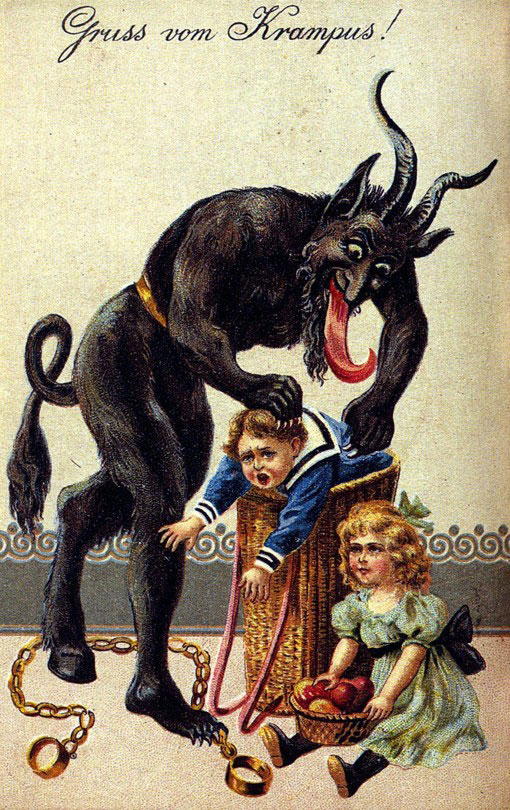 Another recurring meeting of the week, this damn Krampus, the horned god: “He seems to have little doubt as to his true identity, because in no other representation, we find so many Regalia of the Horned God of the Witches so well preserved.

The birch – abstention made of its phallic meaning – can have a relation with the rites of initiations of certain circles wicca. This in rites with attachment and flogging behaviors as a ritual form of killing.

It looks like crazy horned Hole Sot inscribed by the fire on the wall since time immemorial (my camera has stopped in this place … well, what’s more normal?) And the coat of arms of the municipality Jura, near Mettembert.

Publisher’s Note: Ludmilla Zahno wrote this in 2016. I put my hand on it at the back of a drawer, and I thought it deserved a lot better than spider webs and pencil sharpener chips. So I published it for everyone to enjoy. Do you know that there are many wonders (almost) ignored in Switzerland? And I would appreciate Ludmilla to tell us more. I write this in the unlikely event that she reads these lines. The contact section is waiting for her click. -xs)

The warm and lively beauty of touch is much deeper than the beauty of wisdom.