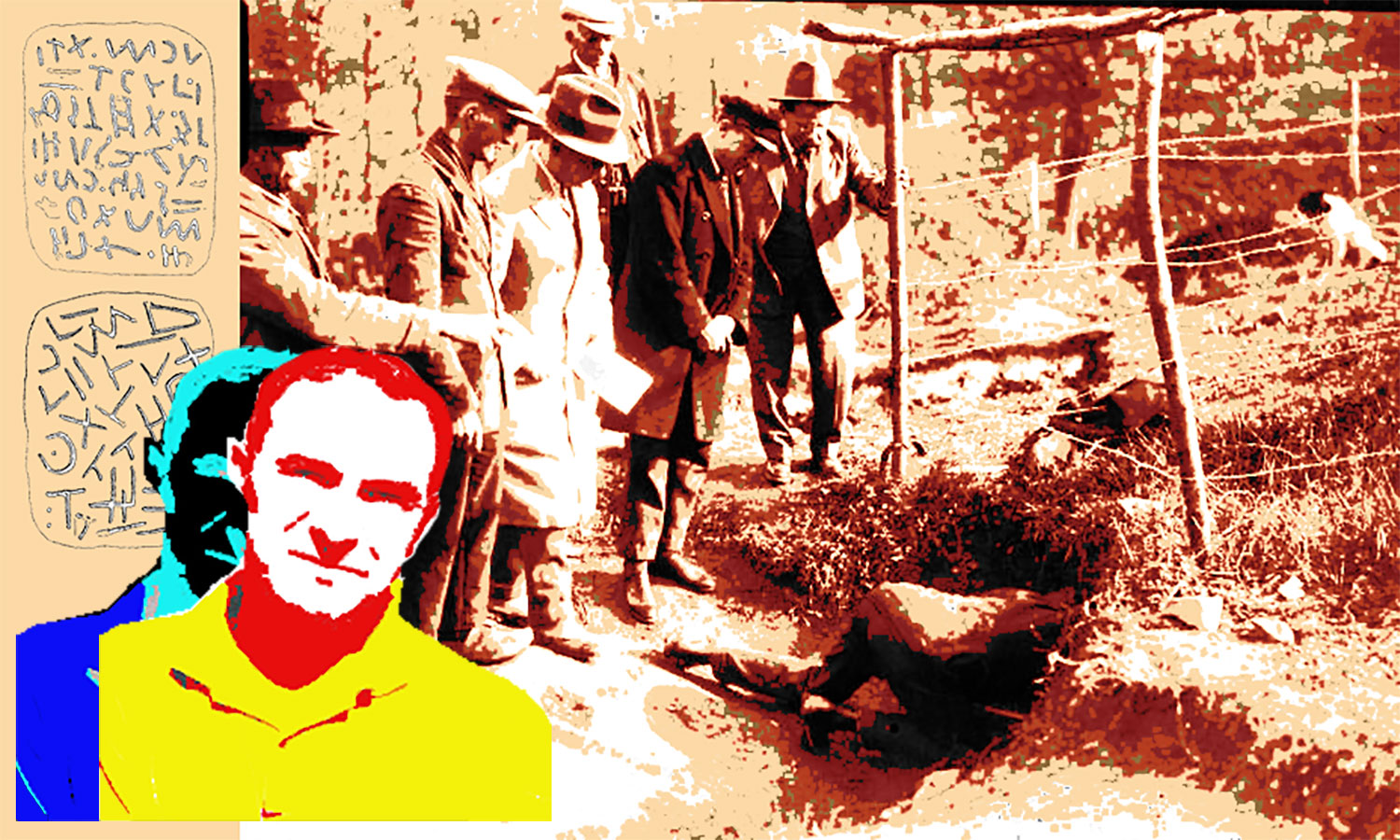 Glozel is also the cornerstone of a work of prime importance, that of a man who has struggled all his life against prejudices and brings out the other story of man from the fog of hollow dreams where the protohistorians relegated it. This man is Robert Charroux.

Like so many other seekers of the impossible, I consider myself his spiritual son. Researcher of the unthinkable. Digger of ideas, excavator of sites, peeler of dusty works, walker of lonely paths, I would have traveled as much as Charroux, a model for all the researchers. If he did not discover Glozel, it was he who made it popular in the 60s. His fabulous books kept coming back, and we too, delighted to regularly discover his new titles in Robert Laffont’s black collection. His books has been translated in English and some other languages.

But the hamlet of Glozel in the Allier became famous because it was the scene of an impossible discovery that triggers one of the most violent archaeological controversies of the 20th century because it calls into question what was known about origins of writing. (source) 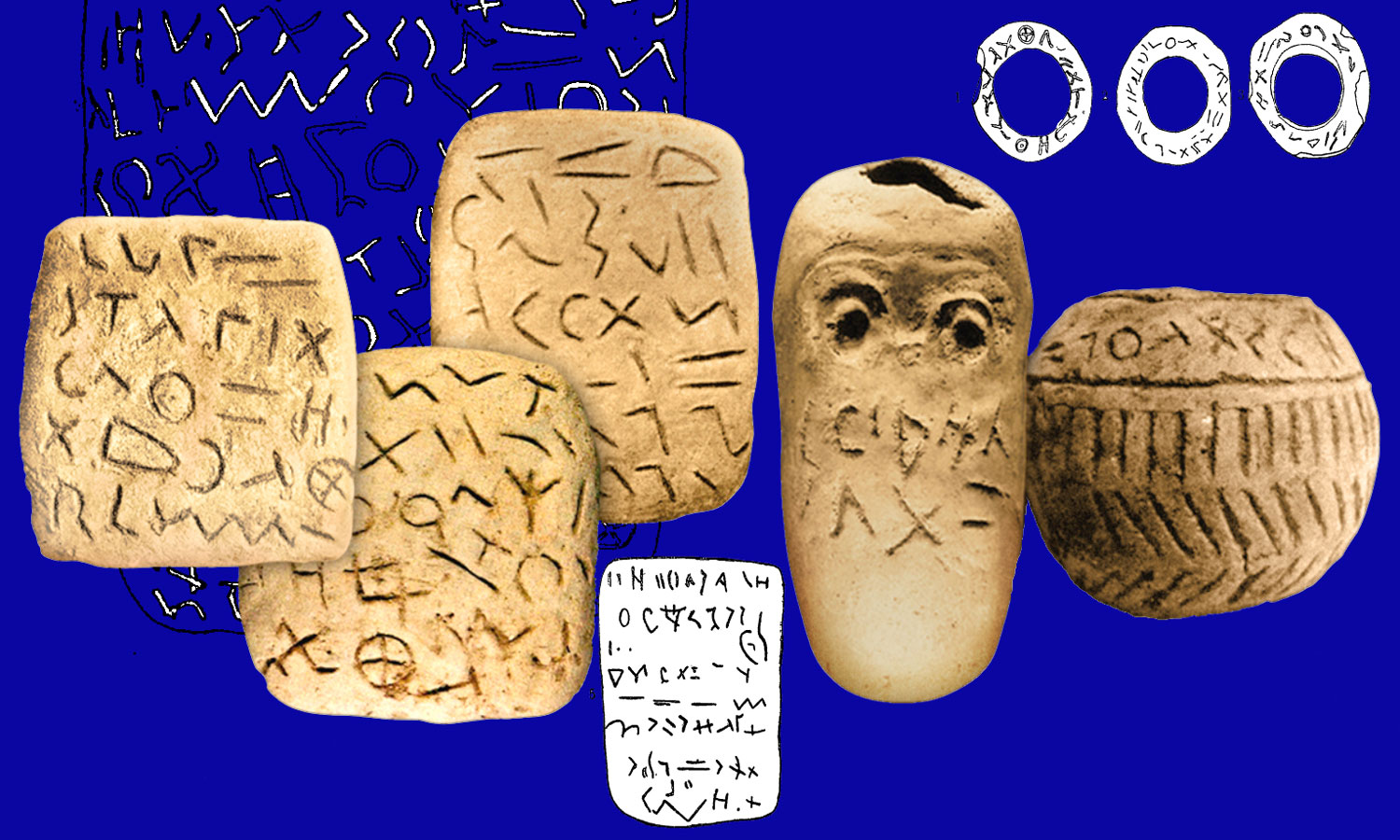 In 1924, plowing their field, Emile Fradin, 17, and his grandfather Claude make a discovery: various objects, urns, vases, axes and engraved tablets. They hoped to find a treasure instead of these odds. The following year, Dr. Morlet, passionate about archeology, hears about the discovery. He began excavations and obtained the right of publication on objects that remain the property of Mr. Emile Fradin.

At the time, Dr. Capitan, the abbot Breuil and the curator of the Museum of Eyzies, Mr. Peyroni, composed the inevitable triumvirate of prehistory. (source) I already told you about the dreadful Abbé Breuil during the Altamira case. But in this case, his role is even more villainous. False testimony, legal harassment, bad faith, we are at odds with the scientific method.

In the field of prehistory, the role of some members of the Catholic clergy is far removed from honesty. One remembers the false man of piltdown recognized by the Abbe Teilhard de Chardin, then at the very beginning of paleontological career. The philosopher whom he later became happily effaces his youthful blunder.

Thirteen months after receiving the first pieces, Dr. Capitan goes on the spot. “You have a wonderful deposit here,” he asks Dr. Morlet for a detailed report. But instead of sending his report, Dr. Morlet publishes it on September 23, 1925 under the title “New Neolithic Station”. Morlet is summoned by Capitan, furious, “… put my name in the place of that of Emile Fradin ..” (source)reported and published by Abbe Cote, “Glozel, 30 years after”, 1959 People “bathed” in the scientific community know the importance of having his name in a publication. But Morlet refuses. Then Father Breuil wrote an article in favor of Glozel but without mentioning the name of Dr. Morlet, who in turn rebelled and accused the abbot of wanting to appropriate the discovery. The abbot will then turn against Glozel too. We are far from scientific arguments!

The great pundits of prehistory, first very favorable to Glozel, taken aback by this fabulous discovery, finding themselves “out of play”, then take a stand against Glozel. Especially since at this same period a prominent epigraphist, René Dussaud, has just officially published that writing was born in Phenicia, 1600 BCE.after updating the sarcophagus of King Ahiram of Byblos, covered with inscriptions But Dr. Morlet estimates the tablets engraved at 5 or 6,000 years BCE.

The two discoveries are contradictory and this will trigger a real war among scientists. Glozelians and anti-Glozelians clash, Glozel becomes the Dreyfus affair of archeology.  (source)

I pass the details of a sordid affair supported by the bad faith of prehistorians and their incredible desire for recognition. These people are ready for anything, even scuttling a major discovery, if they are not the authors.

It was not until nearly fifty years before the truth finally broke out. In 1972, carbon-14 and thermoluminescence dating, carried out by three independent laboratories, give indisputable results: Glozel is ancient, very ancient, since it dates from the Magdalenian, between 15,000 and 17,000 years ago.

I can now give the floor to the one who has popularized this whole affair, Robert Charroux, who has done through many books the singer of this discovery: “A Neolithic library of more than 100 tablets with alphabetic characters – the first alphabet Known stone tools, beautiful engraved pebbles, and unique pottery, it is at Glozel that science and the world find the unquestionable path connecting our civilization to that of our distant ancestors. On pottery, on pebbles, jewels and tablets of fired clay, they wrote mysterious signs, some of which have the exact shape of our V, W, L, H, T, I, K, O, C, J, X. These signs have a clear alphabetic character and are arranged by lines, which undeniably proves that the Glozelians knew writing in addition to pottery and sculpture”   (source)Robert Charroux, Histoire inconnue des hommes

In spite of Charroux’ enthusiasm, there is a shadow of a doubt. More recent analyzes have shown that the different objects could date from very different times. Tablets bearing an alphabet, in particular, could date from the Middle Ages. (source) This questioning of previous dating shows that paleontology has not said its last word and that experts do not easily drop their fat. Let’s wait again, one day the truth – true this one – will probably break out. 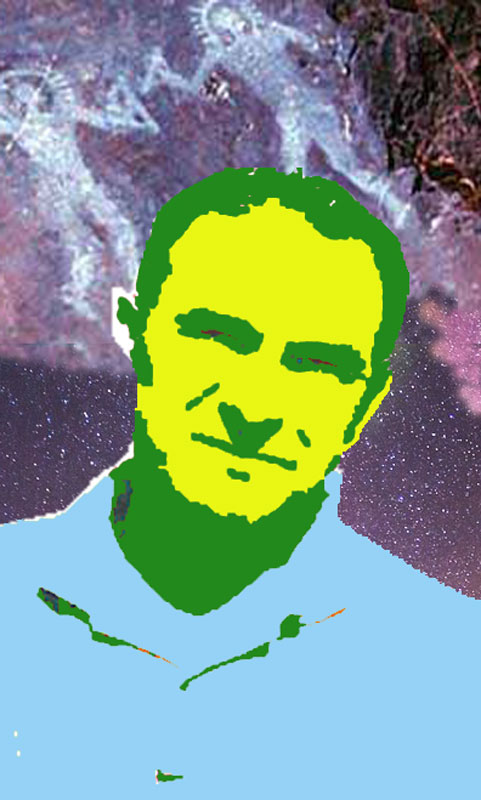 To those who would be astonished that no iron object appears in Glozel’s inventory, Charroux clarifies his thought: “Evidently we do not find any prehistoric metal for the simple reason that an iron instrument can hardly be preserved more than thousand years.” Palaeontologists have set the age of bronze at 4000 years and that of iron at 3000 … which is just the maximum possible conservation of these metals! It is therefore quite possible that the metal was known before these dates, not only possible, but almost certain. “The Austrian physicist Gurlt discovered in 1886, in a coal block dating from the Tertiary era, a steel parallelepiped measuring 67 mm x 67 mm x 47 mm with very regular sharp edges and a weight of 785 grams. source) Science & Life no. 516 This find would mean that 10 million year-old Ancestors would have known metals, machining and consequently a high civilization.”   (source)Robert Charroux, Histoire inconnue des hommes

We can also mention the famous hammer of Kingoodie, Scotland, whose age has been dated to 400 million years. And the nano-objects of the Urals, even more exceptional by their miniaturization which supposes advanced technology. There are also these metal pipes discovered in China, pipes quite ordinary except for their dating: they are 150,000 years old!

“The same goes for the flat-headed steel nails discovered by Charles Brewster in a chalky block of the secondary era, unless our Superior Ancestors found the secret to making the metals stainless, which It’s not impossible because American traditions report that 2000-year-old AEC Indians made iron that never rusted.

In the courtyard of a Delhi temple in India, the old Kutub column of 4000 years is made of pieces of iron welded or glued together. Although exposed since then to the bad weather, it shows no signs of alteration and rust.” (source)Robert Charroux, Histoire inconnue des hommes

All this prominent scientists keep on claiming there no proof of any ancient developped civilization. No proof indeed? Science sometimes looks shortsighted. Or worse: afflicted with selective blindness. I got the feeling that the researchers leave their common sense at the door of the lab, under the motto: “Here, we do not think. We search.” We would laugh if the thing was not so heartbreaking.

Only the small secrets need to be protected. The great are kept secret by public incredulity.