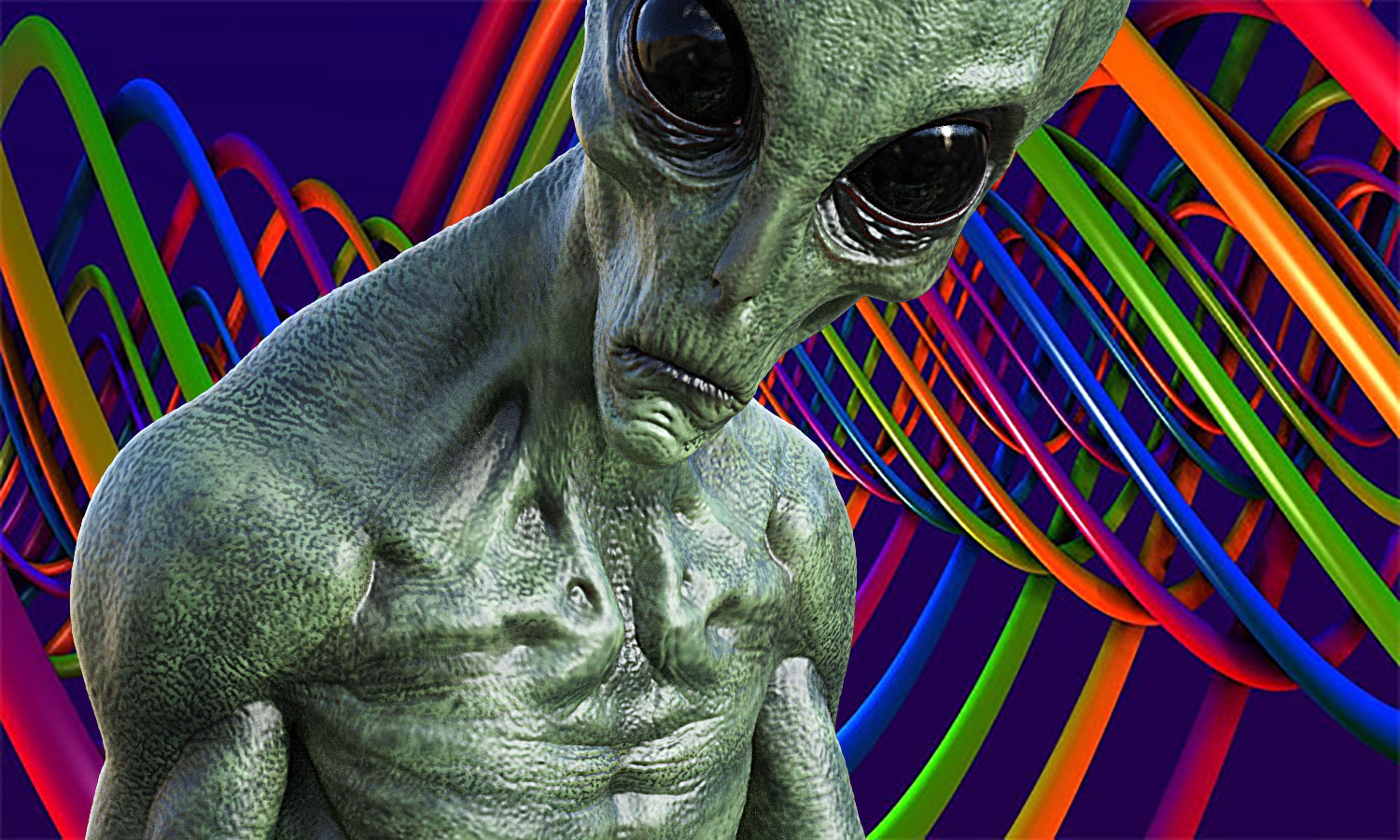 How Science Allmighty is a fine and noble thing! From a magic wand, here is the sacrosanct theory of evolution undermined by … biologists themselves!They discovered we have extraterrestrial genetics!!!

Lately, the beautiful and noble Science looks much less frisky. By dint of wishful truth, by dint of increasingly questionable theories, science is under attack. These attacks are more specific and tougher every day. At the same time, the protesters are becoming better informed. Their objections are more detailed. In most cases, until now, their targets were archeology, history and anthropology. “The humanities, scarcely science!” grumble physicists. But this time the attack comes from biologists.

“It was a historic drop of a bombshell: in February 2001, two teams of scientists announced the sequencing of the entire human genome. The major surprise was to understand that our genome – in the DNA that governs the production of aminos-acids and proteins – do not contain the 100 000/140 000 genes expectedthe part of the DNA which governs production of amino acids and proteins, but less than 30,000 – barely more than double the 13,601 genes in the fruit fly, and only 50%Precisely 19,098 more than ascaris.” (source)Zecharia Sitchin, They were giants upon the earth These figures are those of Zecharia Sitchin, not mine.

Now we need to go a bit further. Here are some other figures, just as credible to the uninitiated: “The human genome consists of two sets of 23 chromosomes- 46 chromosomes in total. Each parent contributes a set. About 97 percent of the genome consists of sequences that do not encode proteins and have no known function. The rest of the genome is estimated at 70,000 genes.” (source)http://www.world-mysteries.com/sci_1.htm So? Would there be 70,000 genes, or only 30,000? Figures developed for sequencing the human genome are often contradictory.

We get lost a bit. Without doubt we must distinguish between genes with a known function, and all other genes, which represent an overwhelming majority. In fact, a very small part of the genome has been identified in its specific functions to proteins. The remaining 97% still awaits for a meaning or a known function. This huge rest is considered useless by geneticists who sometimes call “junk DNA”! The genes studied are only the 3% that encode proteins. This precision given, let’s get back to genome researchers.

A Single Source For All DNA

Interesting fact: the genomes of other mammals are pretty much similar to ours. Yes, our genes are common with those of chimpanzee to nearly 99%, and with those of mice to over 70%. Function to function, our genes are identical to those found in other vertebrates but also invertebrates, plants, molds and even yeast. So there is a single source for all DNA in the world. This fact deserves emphasis because it confirms in a strange way the thesis of the Bible and Sumerian origin of life on earth:

creation of all life including that of our species, by Alien Supermen. Thanks to genetics, it becomes credible.

“These works were not limited to confirm a single source of DNA for all life forms, but allowed researchers to trace the evolutionary process – how more complex organisms evolved, genetically, from simpler ones; how they take at each stage the genes of a lower life form to develop a higher form more complex – until Homo sapiens. At this point, scientists stumbled against an enigma … They had just made a discovery so disconcerting that it was called “Scratch-head Discovery” by a scientific magazine.”Science No. 291

It only takes a few words, but what words:

without any predecessor
on the tree of genetic evolution. 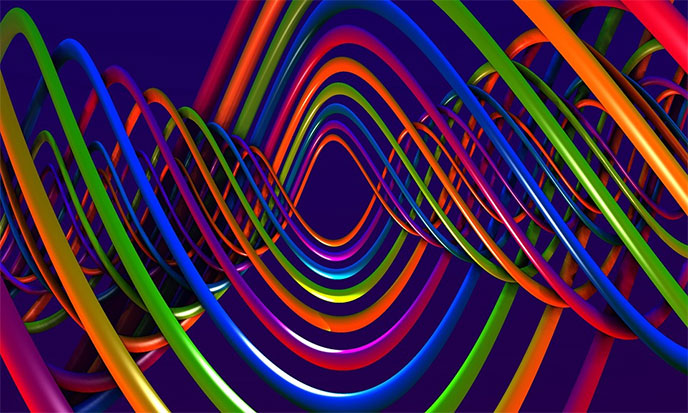 In other words, these 223 genes do not appear absolutely nowhere in the evolution of vertebrates. Analysis of these genes’ functionsPublished in Nature No. 409 revealed that they govern important physiological and brain functions specific to humans. Because the Neanderthal, for example, did not have such famous genes … apparently! Since the difference between humans and chimpanzees played on about 300 genes, the 223 will constitute a huge difference. How the man acquired such a bunch of genes enigmatic at the very least?

Scientists could not explain the presence of these “alien genes” as a “probable rather recentAt the scale of evolution horizontal transfer from a bacterium.”

This means that these genes are not made from evolution but recently acquired by a bacterial infection. If this explanation of the ‘horizontal bacterial infection’ should be accepted, so we must accept that it is a group of bacteria that proclaimed: “Let us make an Adam in our own image.” I still prefer the more biblical-Sumerian version of the Elohim-Anunnaki.” (source)Zecharia Sitchin, They were giants upon the earth And we also, without the shadow of a doubt. But the case is growing bigger and bigger, and it won’t stop now.

“Studies published in 2002 reached the conclusion that these unique genes are mainly concentrated in the chromosome 21. These 223 specific to humans have led some scientists to express their astonishment. For example, Steven Scherer, director of Human Genome Sequencing Research Center, Baylor College of Medicine, had the following reaction: “It’s a leap that goes against current theories on evolution.” (source)Jean Sider, Ufologist Yes indeed.

Hard to swallow for the unconditional supporters of Darwin.

But there is better. “In August 2002, American geneticists have identified the human gene of language. This gene was added relatively recently (at the time scale of the existence of modern man, of course). This information has not yet been published in scientific journals. However, it was published in a issue of very austere New York Times newspaper that has not in the habit of giving the joke. The paper is best known for constantly reflect the thinking of the U.S. government.

Eight years later, the matter is of no scientific interest.A conspiracy of silence hangs over the whole dark story. Shortly after, appeared the second book by Michael Drosnin in the United States. Three months later he was brought to France, which is exceptionally fast. The author, having been informed of the discovery cited above, had the idea of search in the bible codes. The results obtained and verified by Israeli mathematician Eliyahu Rips, are breathtaking. Misinterpreted something is possible, but actually reveal the codes. I summarize:

– A-The gene for language has been given to man, like the genetic code.
– B – The DNA of life on Earth came into a “vehicle”. A grid even quotes this sentence: “A copy of any has been made.”
– C – Several grids reproduced reveal the following words, some of which are intertwined: “vehicle of steel” and “forced landing”, the “Alien is a man ” and “Lord of Code”, “I will place the gene for language “and” I will make intelligent, etc.

All these data are in the same direction. They indicate that Darwin’s evolutionism, this philosophical concept developed into a dictatorial doctrinaire system by mandarins of science is a myth. Admittedly, it was originally intended to oppose creationism of religions. However, it has long been known that evolution is not scientifically defensible. This does not prevent the state of science persist in wanting to teach in schools and universities and to present it as a fundamental law, which it is far from truth.” (source)Jean Sider, Ufologist, on site

All done. After this presentation, we feel that the debate has not finished bouncing. Thus, all life would have been provided on this planet? It seems that yes, according to excerpts of biblical interpretations cited above: “The DNA of life on Earth came into a “vehicle”. A grid even quotes this sentence: “A copy of any has been provided.” In that case, why only 223 genes of the human genome are qualified alien? They all are. Then why are the 223 different from the first? 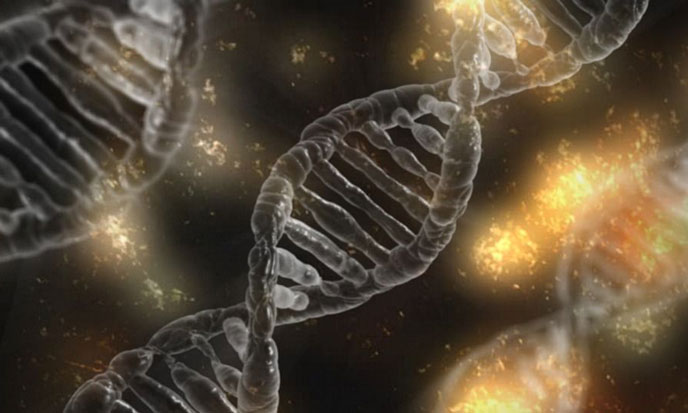 Perhaps because several teams of designers focused on Earth. Perhaps they took turn to achieve the Creation. Between the start of life on earth and the arrival of Homo sapiens, it took billions of years. It leaves time to die even the immortals. The gods have created the beginning of life, and long after, other gods have created us. Remember there are seven ways to name God This kind of plan is called terraforming in science fiction. Transform a wild planet to planet habitable for humans. It is quite possible that it takes hundreds of millions of years.

So what? Where is the problem? Scientific or dreamers – who are we to decide that things did not happen that way? Now, the gods of the beginning are just a memory in the prayers of following gods, that indeed we have almost forgotten. The only unforgettable master is inside us.