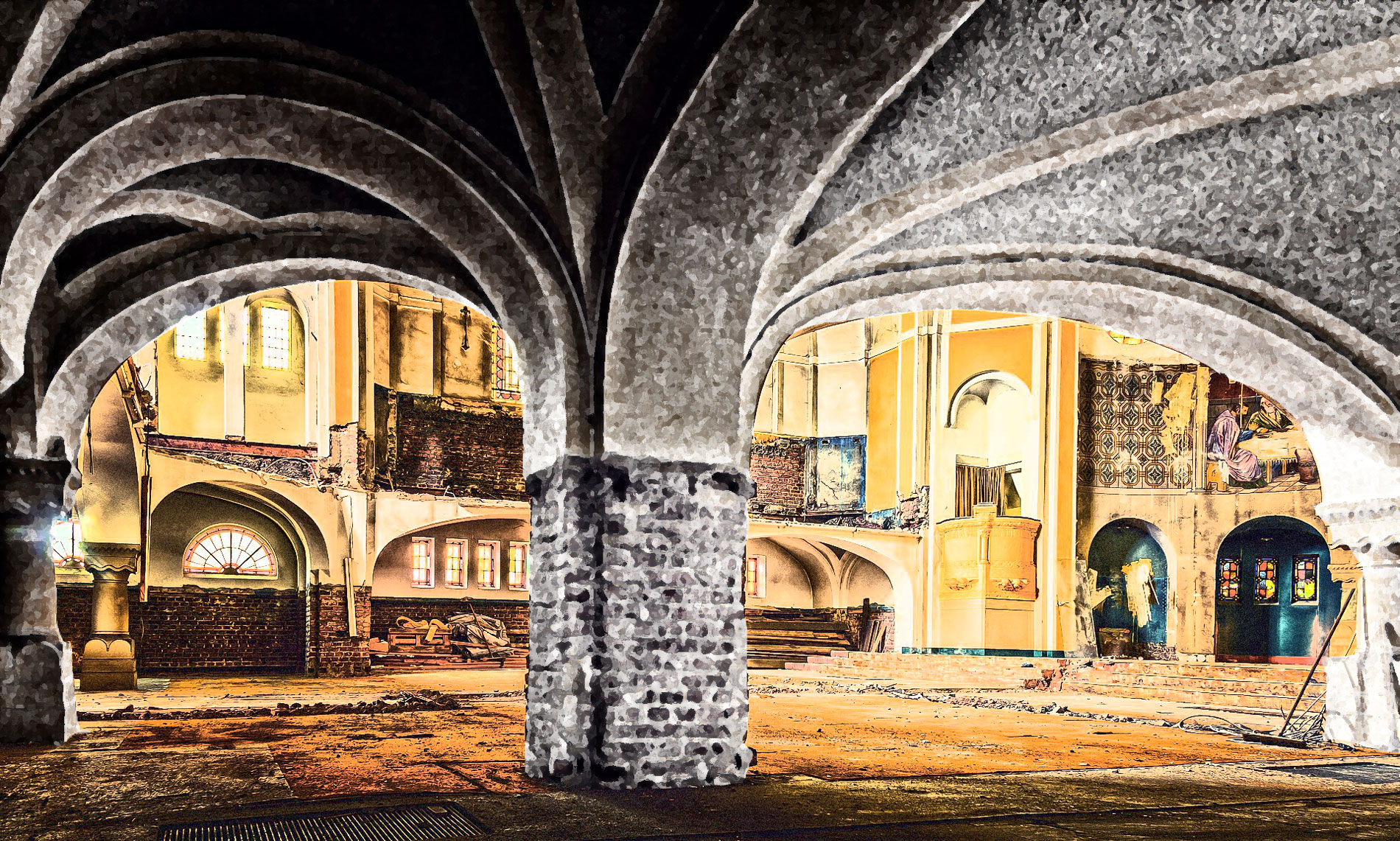 The vaulting effect of the Romanesque crypts is also found in many other well-known places: prehistoric caves, more recent caves, rock shelters, troglodyte temples like Petra in Jordan,see the previous picture induce the same feelings close to the trance. This almost magical effect is found in the French word envoûtement,spell which comes precisely from the word voûte.vault

Since the dawn of time, humans have searched for caves. No to live, but to receive the energy and sound benefits. No more than the dolmens or rock shelters, the caves were used as dwellings. These are temples, places of meditation decorated with petroglyphs or rock paintings, such as the prehistoric caves of France and Spain.

But they have another remarkable quality. Recent acoustic research has shown that most painted caves, Lascaux, Altamira, Chauvet, Niaux, Pech Merle and others around the world have undeniable sonic qualities. These qualities were knowingly sought after by the Neolithic. They come from a development, and are in no way the work of nature. 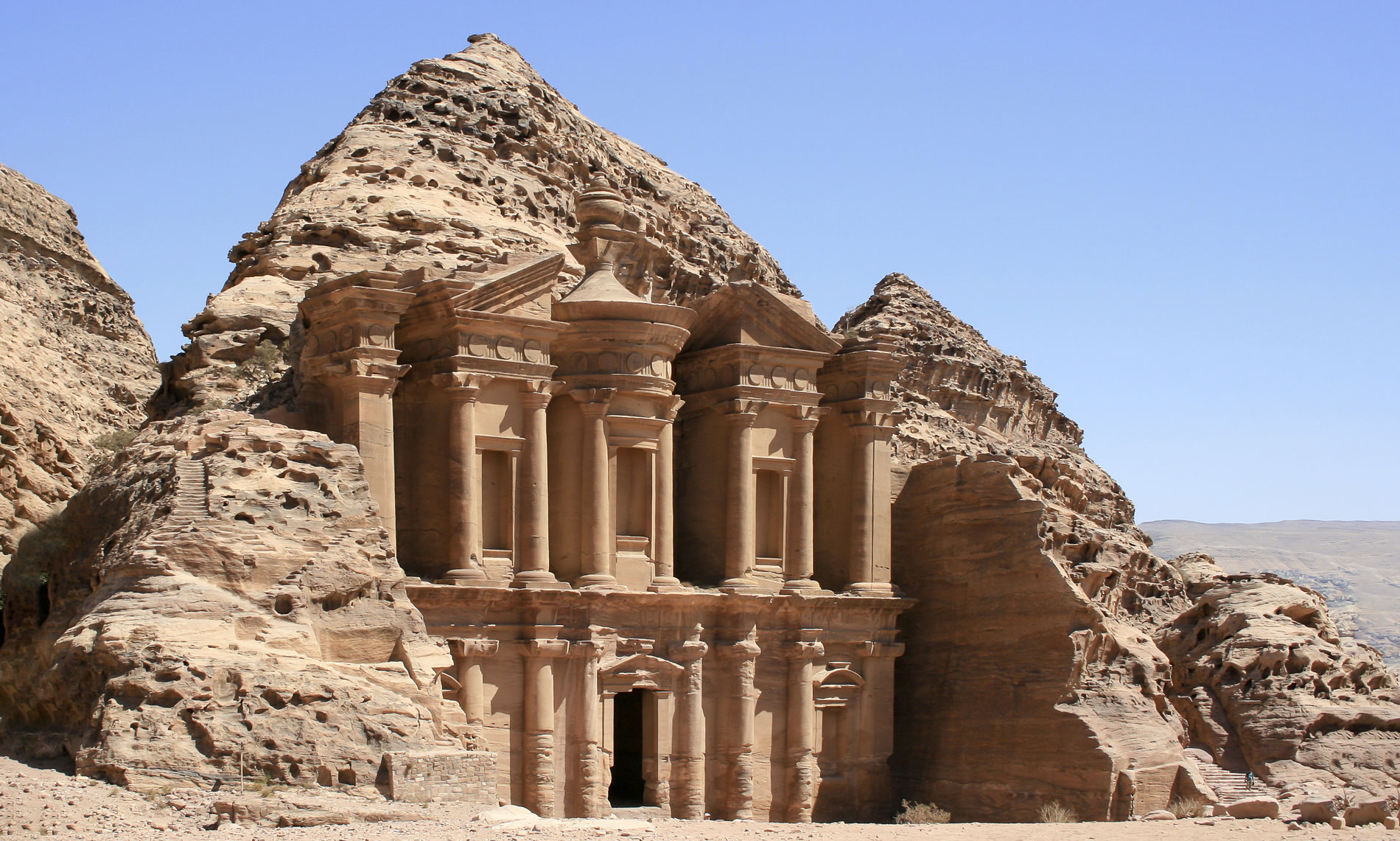 “It was both passion and chance that I became interested in the acoustics of the ornate caves, and although I’m a professor in a philosophy department, I’m also a specialist in ancient art and music. As a matter of fact, I worked on the resonance of the buildings, especially that of the ancient Christian chant in the Romanesque chapels, which is why in 1983, during a visit to the prehistoric cave of Portel in Ariège, I I was very naturally made to make sounds, and then I noticed that some rooms sounded a little while others had excellent acoustics, especially those that were painted, so I asked myself about the relationship between the sound quality of the caves. and the location of the paintings.

“In the twelve major sites that I have studied since, and in the absence of significant geophysical changes from the Paleolithic period, I noted a coincidence between the acoustics of the rooms and the location of the paintings. So big that it can not be accidental. Obviously, paleolithic men chose the most sonorous places to paint. In the cave of Niaux in Ariège, the Black Room, this rotunda filled with animal paintings, resonates like a Romanesque chapel! Recently, I studied Kapova Cave in the Urals, Russia. Simple “mmh” in well decorated niches scold the whole cave. In other sites, the number of images increases from one room to another with the number of echoes … “ (source)Olivier Rescanière, Pourquoi les grottes ornées résonnent-elles si bien ? (see full article) 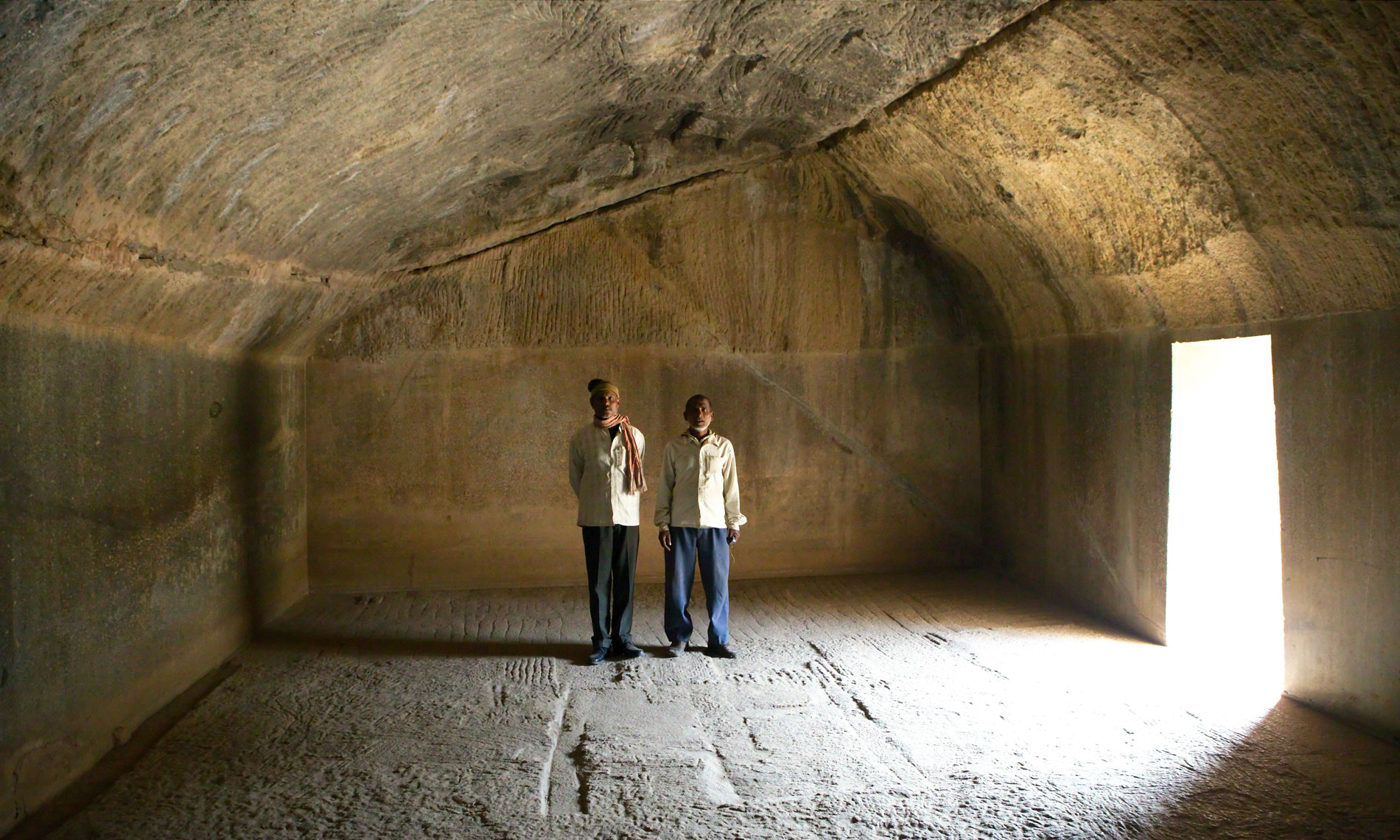 The Neolithic used these caves as places of meditation or musical trance. They are not refuges, but temples. In India, the Barabar caves are not only remarkably polite and beautiful, but also improve all the sounds inside the caves. (source) They were dug by the hands of men – when I say hand, I should rather say laser as the polish and finish are impressive. It is indisputable to me that the builders of these caves were looking for this wonderful acoustic effect that can still be heard today.

The most curious in these acoustic caves lies in the know-how of the builders and / or users. The specific acoustic knowledge implemented in these achievements goes back to prehistory as well as to much more recent times. This know-how would result from an initiation? And if so, how can it be explained that it seems as widespread in space and time?

It is on this specific point that I want to focus here: the strange permanence of a know-how that despite all our science, we seem to have forgotten. At la Chaise-Dieu, in the Auvergne, there is a Benedictine abbey which gave its name to the city. Founded in 1043 – the great era of sacred construction – there is a square room called the Echoes Hall. If one stands in one of the corners, one hears the smallest murmur emitted in the opposite corner. There is stronger. If four people occupy all four corners simultaneously, everyone will hear whispers in the opposite corner, but not at all from the other two corners. I experimented with it when I was a teenager, I admit that it marked me.

“A volcanic stone, phonolite, transmits the sounds very well: the phonolite vaults of the echo room of the Abbey of La Chaise-Dieu allowed the lepers to be confessed 8-10 meters away. it’s always an amazing experience: a whisper is perfectly audible in the diametrically opposite angle.” (source) 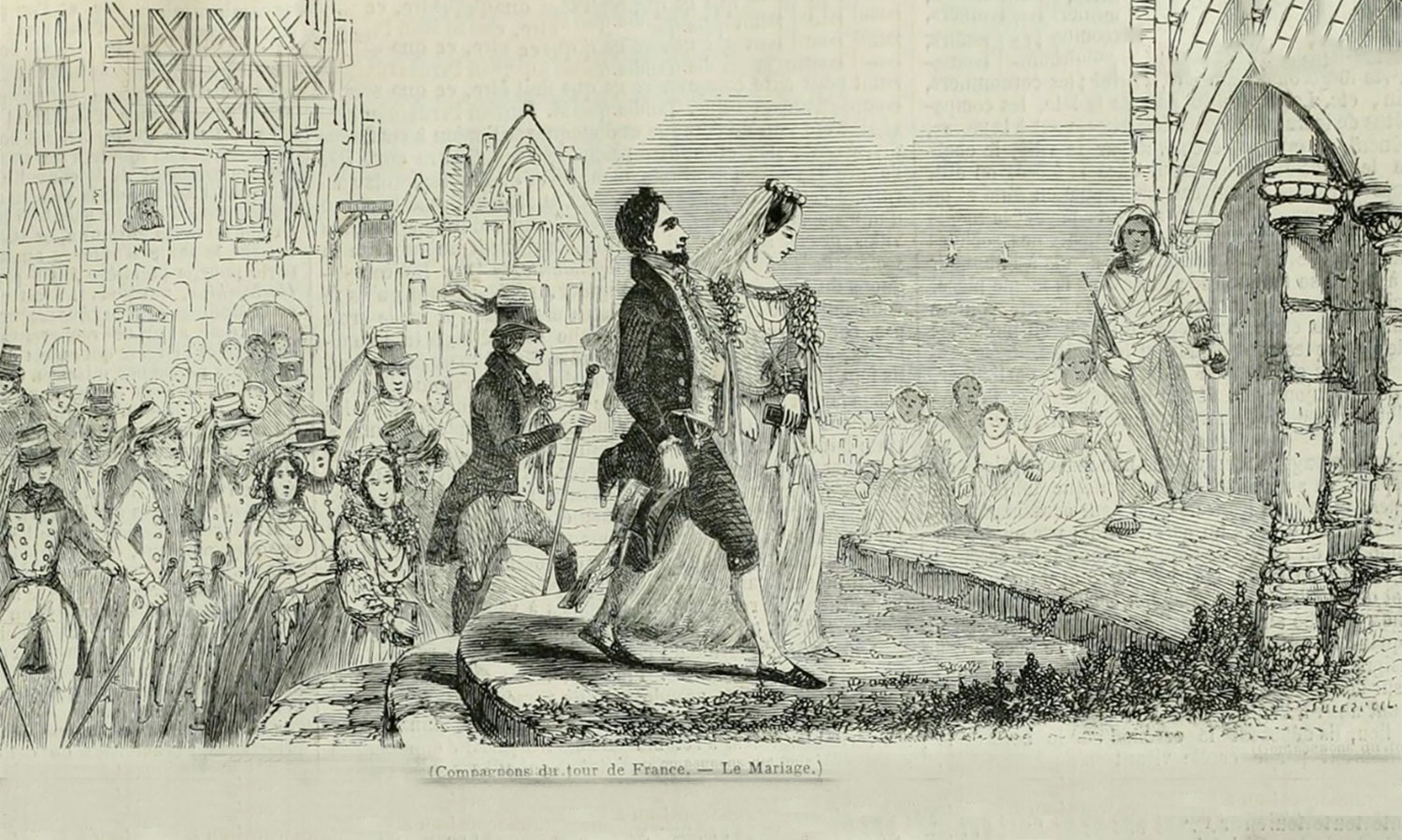 I doubt that phonolite is enough to create this effect. An American billionaire wanted to reproduce this effect at home. He had a very accurate reading of the echo room, procured phonolite and had the construction carried out by companions of the Tour de France. The room seemed consistent, but the echo was never at the rendezvous. A know-how, indisputably, is lost.

In my opinion, this is the main know-how of the sacred construction, the use of polarized stones. To understand what it’s all about, I have to get into the core business of medieval tailors and stone masons. 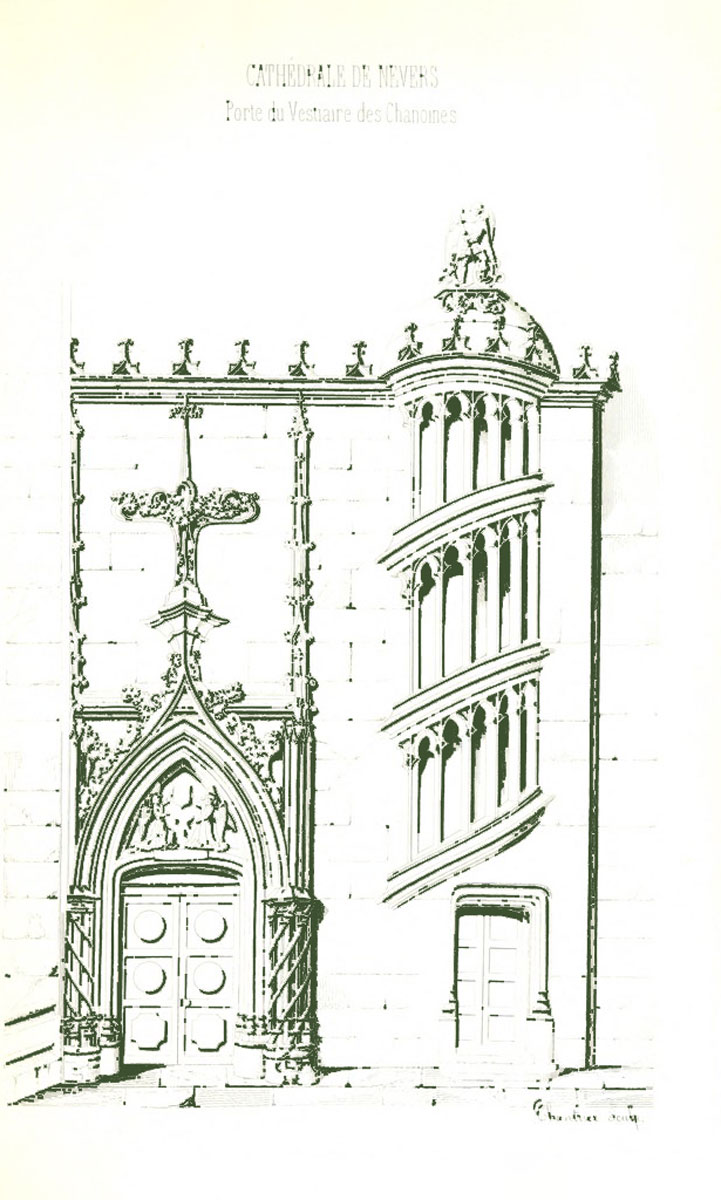 “The stones are cut according to their bed, it means that in the quarry where they are formed during the eras of formation of the Earth, and for the limestones, the successive depositions obtained by sedimentation are always in a horizontal situation, by so we have to cut the stone so that the successive beds will be horizontally in the construction, in order to present a better resistance to compression. A companion who would carve a stone in such a way that the bed of the stone would be placed vertically, would be driven out of the trade for having “taillé en délit”cut in offense, forcing the mason mounting the wall to “put in offense.” From there the French expression “commettre un délit”to commit an offense. (source)Les secrets des bâtisseurs, de Maurice Vieux, p171

It is also why one says of a stone which wears out and loses its strata that it is délitée.out of bed, ie disintegrated. Maurice Vieux’s explanation is accurate, but incomplete. There is another way for the mason to misdirect, and it has nothing to do with the resistance of the materials. The offense mentioned by M. Vieux applies only to friable rocks, such as limestone. The one I want to talk about applies to the hardest rocks that are not likely to crumble. 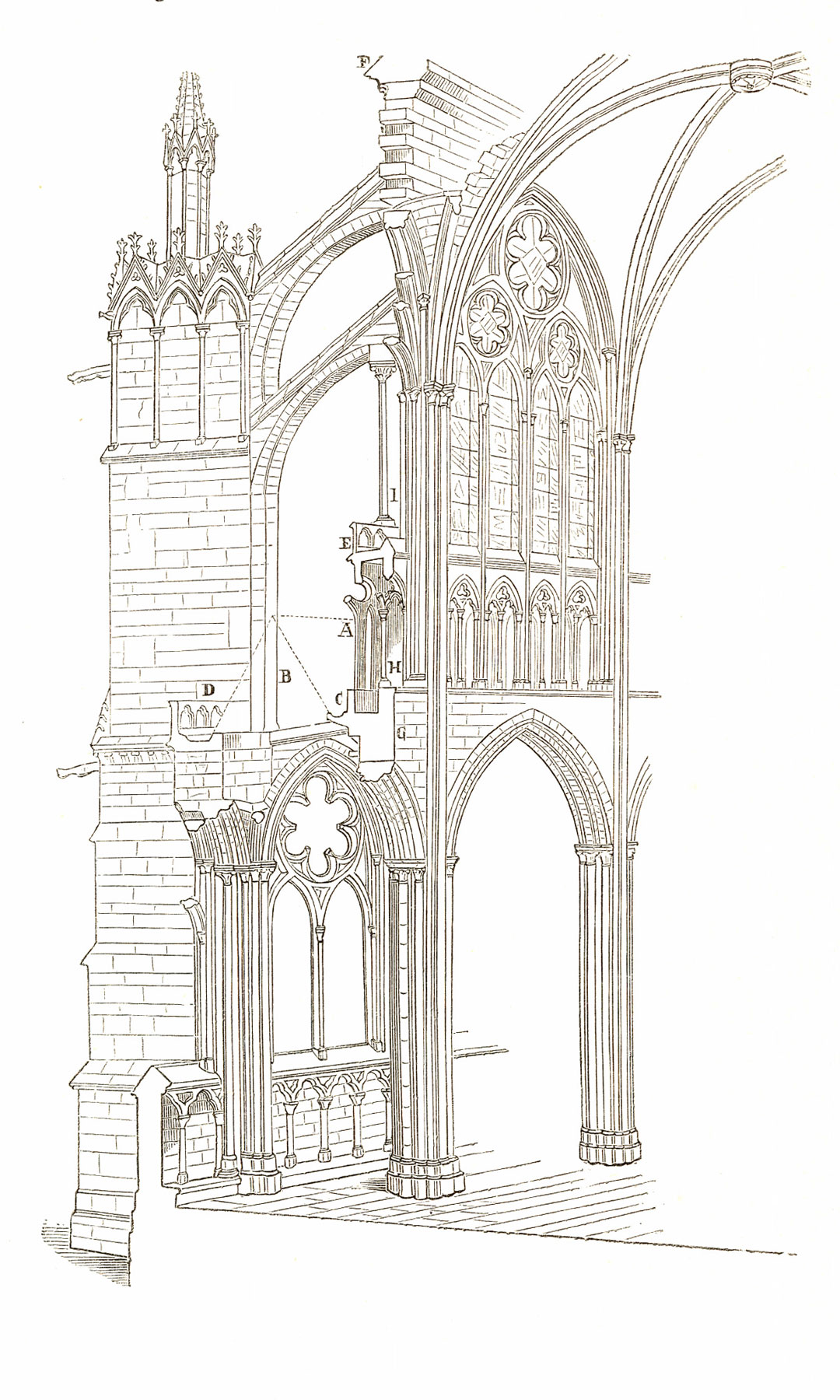 It should be known that the so-called sacred construction, as Gothic cathedrals, Romanesque churches and other religious buildings, is a phenomenon localized in time. It lasted a little over two centuries, from the year one thousand to the fall of the Temple Order in the 13th century. The spirit was incarnated at this period in Europe, as it seems to have incarnated elsewhere at other times. These include the construction of the mountaintop cities in the Andes, or that of the cities of the Indus in India, or that of the construction of Angkor and its hydrological network.

Is it the spirit that has become incarnate, or are some higher beings who have given us a hand? Star travelers, for example? The famous terraformers of which this site is abundantly echoed? I have my little idea on the issue, I’m preparing an article about it, an article that, I’m sure, will make noise in the Landerneau alien-allergic. Too bad for them. And too bad for me, who will receive their insults once more!

It’s not because many of them are wrong that they are right. (Coluche)

The sacred medieval construction is based on an ignored principle, that of alternating polarization. The stones are polarized naturally, that is to say that they remember in the position that they occupied in the bedrock before being extracted by the quarries. When I say they remember, it’s an image. Let’s say that these data are engrammed in stone. So we can say that the stones remember, they record images that they can restore to the sensitives. This quality is used by our modern technologies, especially with crystal.

Crystal your intimate structure organizes the light. Crystal clavicle you open the memory of the world. Crystal clairvoyant you are worth a thousand times gold. (Lao Surlam)

Thus each block has a positive zenith and a negative nadir. To put it simply, the face that looked at the sky is positively charged, while the one looking at the earth is negatively charged. The sacred construction takes into account these polarities. After laying a bed where all the upper faces are positive, the mason will put another bed where the lower faces will be positive. The alternating polarization consists of bringing the positive faces of the positive faces, and the negative faces of the negative faces.

The result is geobiologically prodigious, which is why it feels so good in crypts and Romanesque churches, as well as in Gothic churches and cathedrals. See my article on the spring of cathedrals.

But there are many other benefits inherent to this type of construction. The echo, in particular. Exceptional acoustics As in the echo room of the Chaise-Dieu …

If you want to know more about these principles, I organize courses to teach you to feel the polarization of stones. Contact me by specifying the type of course that interests you, because I organize many others. 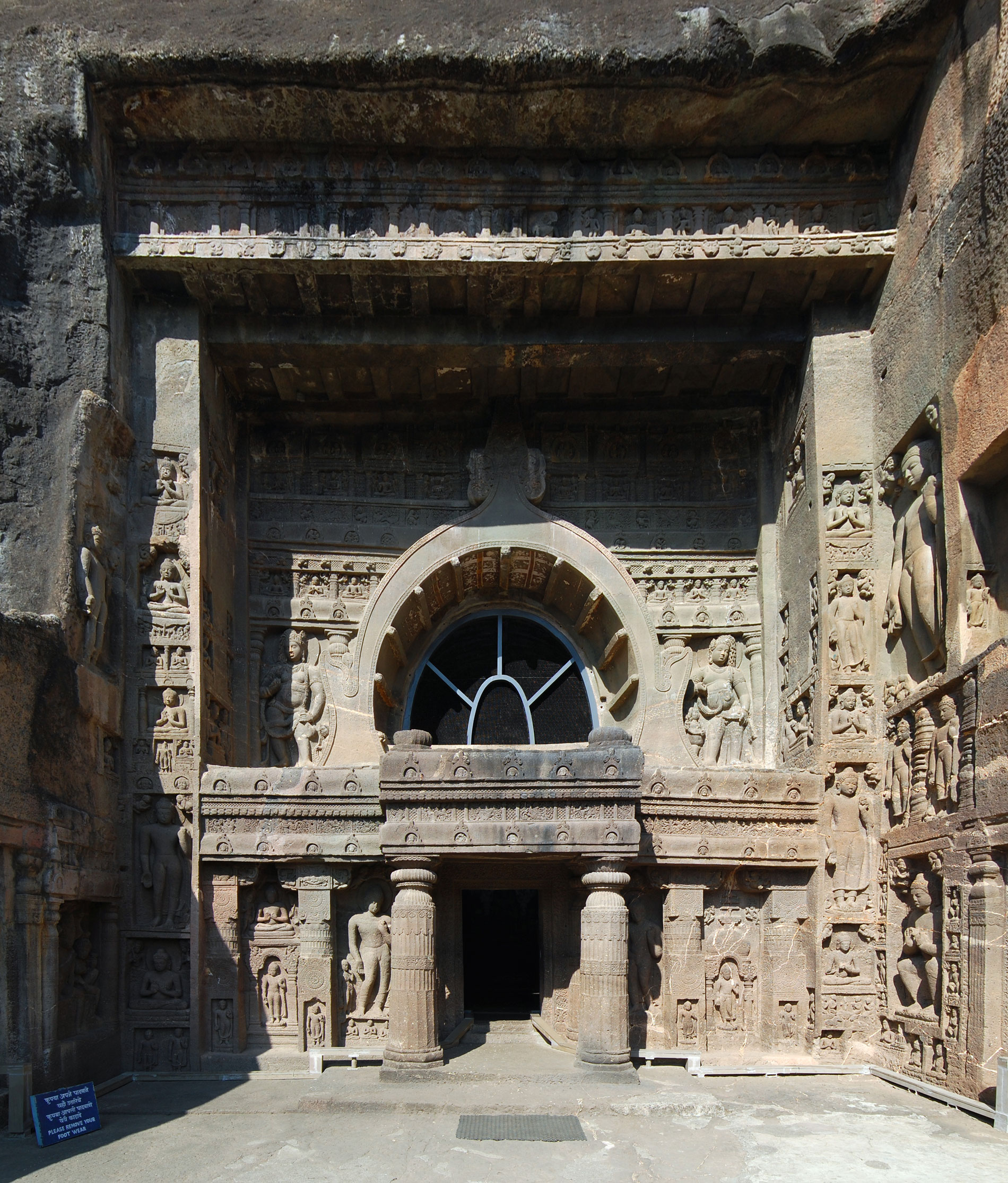 The way is not important. The point is to get to the center of yourself.