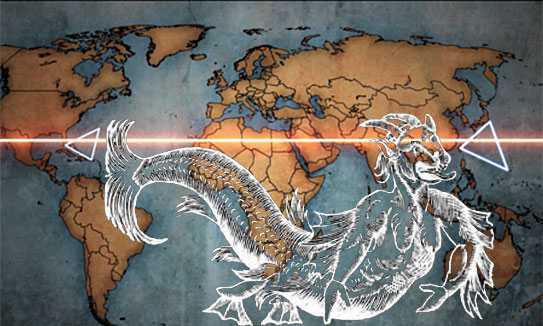 The Bermuda Triangle has long been the place of unexplained disappearances: airplanes, fishing boats, fighter jets, online, seagoing vessel … At the other end of the world, in Japan, there is a similar area. The Japanese Devil’s Sea is another Bermuda Triangle.

These unexplained losses are a real concern for Japan government. “An oceanographic expedition took place aboard the Kaiyo Maru, which cruised in the Devil’s Sea. Eight days later, the vessel disappeared as if by magic with his crew and his men of science!” (source)Charles Berlitz, Bermuda Triangle And yet, the sea traffic is intense there, as in the Bermuda Triangle. Many shipping lanes pass through one or the other. So the common characteristics is not the cause of the disappearances.

Along these two meridians, the merging of the two Norths is permanent: if it were the cause, the disappearances would be much more numerous. It is also continuous: why would it act only under these two latitudes, which are different? Every day, for thousands of ships and aircraft, the Bermuda Triangle and Devil’s Sea are chokepoints. You can not reroute a container ship because of a legend, the oil is too expensive and time is too precious. Nobody seems to care about.

The name “Bermuda Triangle” is not even recognized by the U.S. Office of geographical names, nor is the Devil’s Sea by its Japanese counterpart. 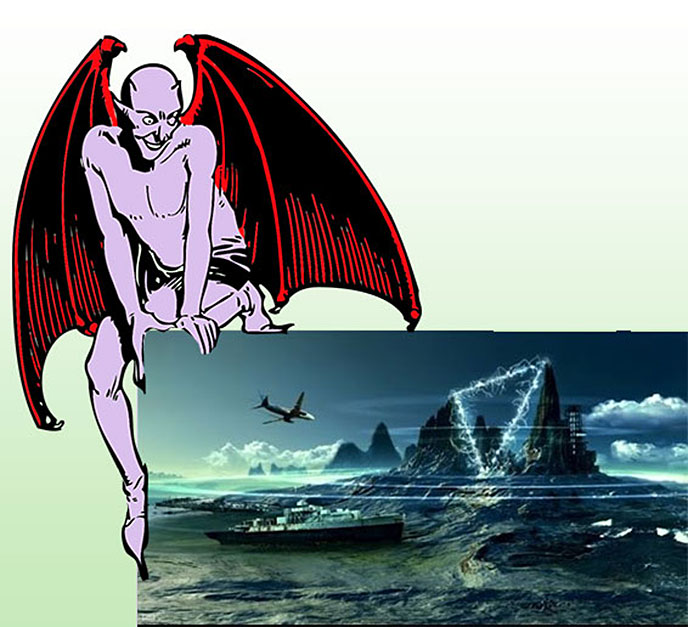 In fact, after checking, you can notice that the meridian 101 ° east does not go through Japan at all, but much further west, where it intersects Siberia, Mongolia, China, and further south, Laos. If we wanted to find an equivalent of the Bermuda Triangle in Asia, we would have to seek in the sea, this China Sea formerlyformerly, really? infested with pirates, who took advantage of the countless islands to ambush the liners they plundered and scuttled before ransoming the passengers.

We would have to look south of Laos, in the Gulf that separates it from Malaysia, or even lower, near Bali. In fact, the antipodes of the Bermuda Triangle are much further in the south, along the Tropic of Capricorn, off the west coast of Australia. On that coast, there is a remarkable point called Sharks Bay. Yet Wikipedia tells us this: “During the 1960s, NASA had set up a tracking station within the context of its Gemini and Apollo flights. The station was closed and demolished in the mid-1970s.”

Well, well? You must admit that the choice of this particular point, at the exact antipodes of the Bermuda Triangle, can not be coincidence. NASA researchers had another purpose behind the monitoring of the space program. They maintained facilities for ten years time to see… that there was nothing to see? Or that it was better not to draw attention to this point?? To those who are wondering why the hell NASA seeks the truth about the Bermuda Triangle, we must remember that Cape Canaveral is not far from there… and NASA takes interest in everything, including crop circles and Jesus.

In any case, NASA has pulled up stakes. Notice to the intrepid explorers willing to read an extraterrestrial message: the spot is free!