Mount Thabor is a very special place. If you go to the end of this article, you’ll see why. First, there are two: Mount Thabor in the French Alps, and Mount Tabor (or Thabor) in Israel. Those who see it as a coincidence are nice naïve or old time scientists. Which often comes down to the same thing.

Now I ask you patience, because I will have to develop an argument in several phases. Let us first observe the geographical and geological reality of these two homonymous mountains.

Located in ancient Palestine, on the territory of present-day Israel, Mount Tabor is what should be called a throne of Solomon: a truncated mountain, whose summit is leveled to allow landing and take-off of flying machines. I see in this mount the strategic response to the Baalbek spaceport in Lebanon, just as was the famous tower of Babel … which was not a tower, but all of a landing strip for gear space.

It is likely that space shuttles have landed there in the glorious times of Sumerian Mesopotamia. Shuttles that ensured the regular connection between our planet Ter-Ra and the vagabond planet that dominated the North Pole and whose gigantic shadow is at the origin of the Würm / Wisconsin glaciation. Why am I writing Ter-Ra and not the Earth? Because it’s more than just a name, it’s a code. Ra means the Sun, Ter means three: the third planet in the solar system, that is Terra. A convenient way used by the Terraformers to designate the planets. Why do I give the shadow of the Hyperborea mothership as a probable cause of the Würm glaciation? Because the origin of glaciations is the subject of debate within the scientific community. No indisputable cause has emerged after two centuries of quibbling and elucubrations often unworthy of science.

I discovered that the seven days of creation described by Genesis are not really days, but phases of divine interventions, ie rather long periods of time –the Würm / Wisconsin glaciation lasted 100,000 years ago, plenty of time to catch a flu– during which Hyperborea or another mother ship of the same type was staying above the North Pole, to allow terraformers to do their job: make Terra habitable. Thus to the seven days of biblical creation would correspond seven major glaciations, caused not only by the shadow of the gigantic vessel, but also by its supply of energy on the principle of a heat pump. As Hyperborea pumped Terra’s calories, Terra began a severe and lasting glaciation, inversely proportional to the amount of heat lost.

Let’s go back to Mount Tabor of Galilee. I said it was a strategic response to the main airport, Baalbek in Lebanon, the main base of terraforming gods. But the terraformers had competitors: the giants, who for a long time were their servile employees, warriors, diggers and men of sorrow. Some giants – we can also call angels, since they are the samein French géant is giant, and ange is angel – ge-ant and an-ge are the same in reverse – some angels so rebelled against the central authority, this episode is told in the Bible that call them the fallen angels, because they came down to earth to choose companions among the human cattle that constituted our young species.

In order not to leave the mastery of the sky and the space to their former bosses, the rebellious angels needed a spaceport. This is how they built the platform / tower of Babel, which the Bible mentions, and perhaps also Mount Tabor, which the Bible does not mention, but which I found during a visit to the Akashic records.

It must be remembered that the Palestine of old was the territory of several clans of giants. Goliath, the biblical giant defeated by David and his sling, was part of one of these clans. Looking at Mount Thabor, this steep and oddly shaped hill, I do not only think of Solomon’s famous thrones. I think of the stump of a gigantic tree, once cut by the giants of the country. But this is another story…

A story to which my friend the researcher Ludmilla Zahno brings this precision: “Thabor is tabowr in Hebrew … See this passage Biblical” From there you will go further, and you will arrive at the oak of Thabor (Tabowr), where you three men go up to God at Bethel, and one of them is three children, the other three loaves of bread, and the other a bottle of wine.” (source)Samuel 10: 3 A huge oak tree? This place is quoted many times in the Old Testament. The word tabowr would come from the Aramaic word tebar, “break, cut.” Would the oak of Thabor be that mount-stump of a huge oak that was broken or cut?

In the meantime, there is something else. On the painting of Louis-François Cassas opening this article, you can see a path that climbs to the top. I guess it must not have been a picnic to break that path. They had to break rocks, to cut cliffs, to carry tons of pebbles … What for? Was there a temple or something at the top? An observatory? … or a spaceport ?? 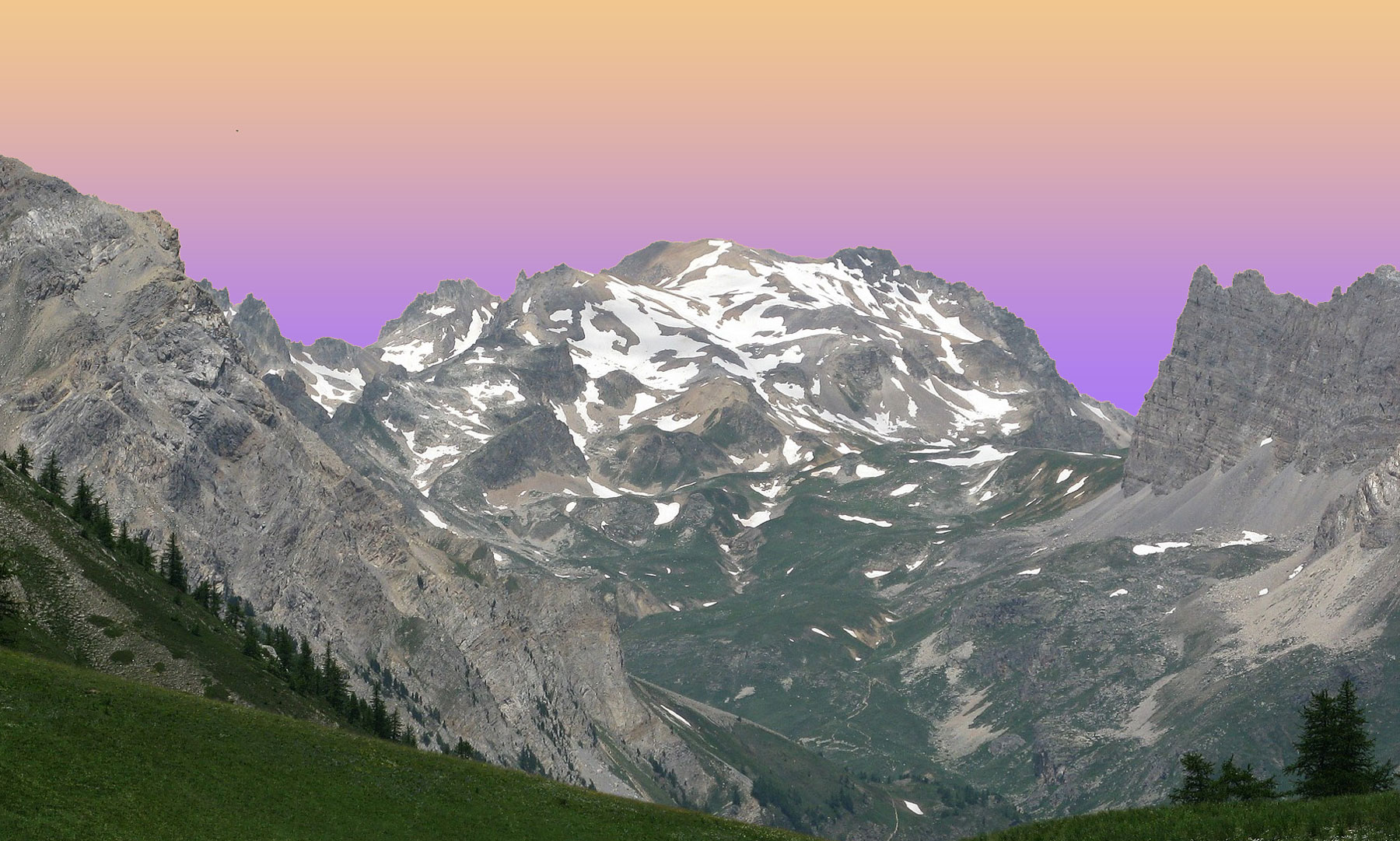 Let’s go to the other Mount Thabor, more known to my compatriots. Mount Thabor is a summit of the French Alps, located in the Cerces massif and precisely in the Thabor range, southwest of Modane, at the intersection of the towns of Valmeinier and Orelle in Savoie, and Névache in the Hautes -Alps. On the side of Nevache, it closes the narrow valley located in the Hautes-Alpes. It rises to 3 178 m of altitude. It is dominated on the north by Thabor peak (3,207 m). (source)

This one, we see, is much higher than his Israeli namesake. With its 588 meters, the Tabor of Israel would pass for a hill in front of the 3000 meters of the French Thabor. It does not have the top leveled, but it does not disqualify it as a airport: flat tracks are not lacking around and around the mount. Thus we find, not far from there, three small peaks called the Three Wise Men, and at their foot, a large esplanade would easily have allowed the landing and the takeoff of ancient flying machines. The following photo shows the Three Kings and the esplanade around the small lake. I grant you, the French mount does not look like a throne of Solomon, it does not have the form in mesa nor the leveled top features. Yet I suspect him very much that he, too, was a spaceport, just like his namesake.

Besides, the real question is: why do these two distant mountains have the same name? Because Biblical names have always been fashionable in Christian lands, I will be told. That’s right, but the argument would be better if it bore a truly biblical name: Mount Sinai, for example. The biblical names in fashion are rather derived from the New Testament, like the Three Kings whom I have just named. Because they are alike? No, not at all, they have nothing to do. Nothing ? it’s not safe. And if they were called the same because they had the same use?

To those who are beginning to grow impatient, courage, the investigation is coming to an end. To those who wonder where I am coming from, same answer. And if you want to know why I absolutely want to see in these two mountains the location of ancient airports, here is the explanation. It comes from my friend researcher Alain Aillet, customary traits of genius. It was he who told me one morning that Mount Thabor had been a spaceport. As I was surprised at his assurance, he gave me this astonishing answer: “Listen to his name: Monte à bordGet on board, that’s where they boarded for Hyperborea.”

Alain, I admit, you saw me. There is all the magic of the old codes. All the magic of the language of the Oisans. The incredible prowess of the gods before, who had imagined puns in languages ​​that did not exist yet in their time. Mount Thabor, Monte à bordGet on board! Mass has been said. 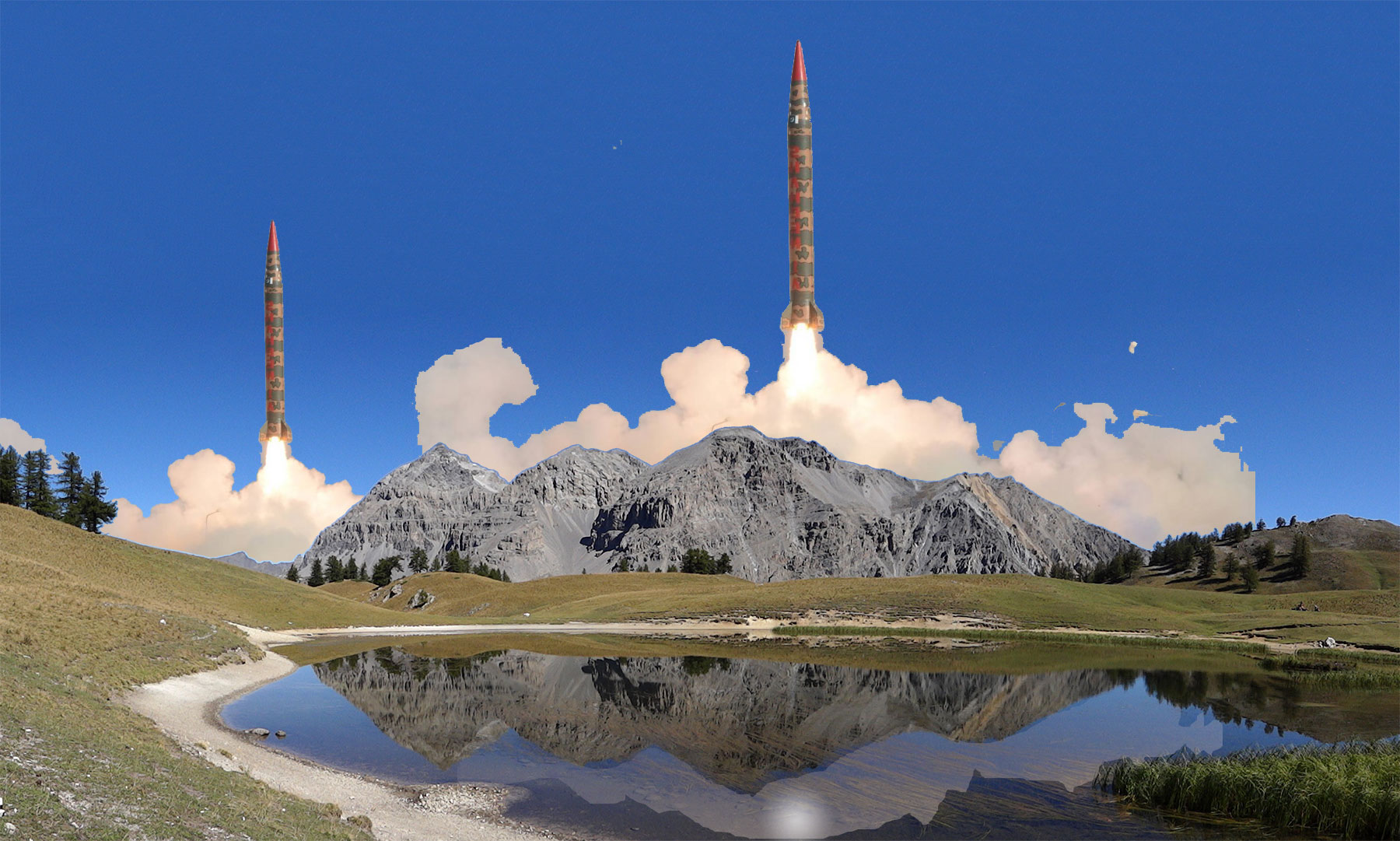 Hey no, not quite. Reading this article, Alain immediately got in touch with me. His high-grade modesty has died under my praise, but this great first-code specialist wanted to tell me something else that had escaped me. Mount Thabor is located “at the intersection of the towns of Valmeinier and Orelle“. Or Elle! OR means the origin, and ELLEShe, the great goddess, then masculinized in El, Elijah. Yes Alain, total code, as you say!