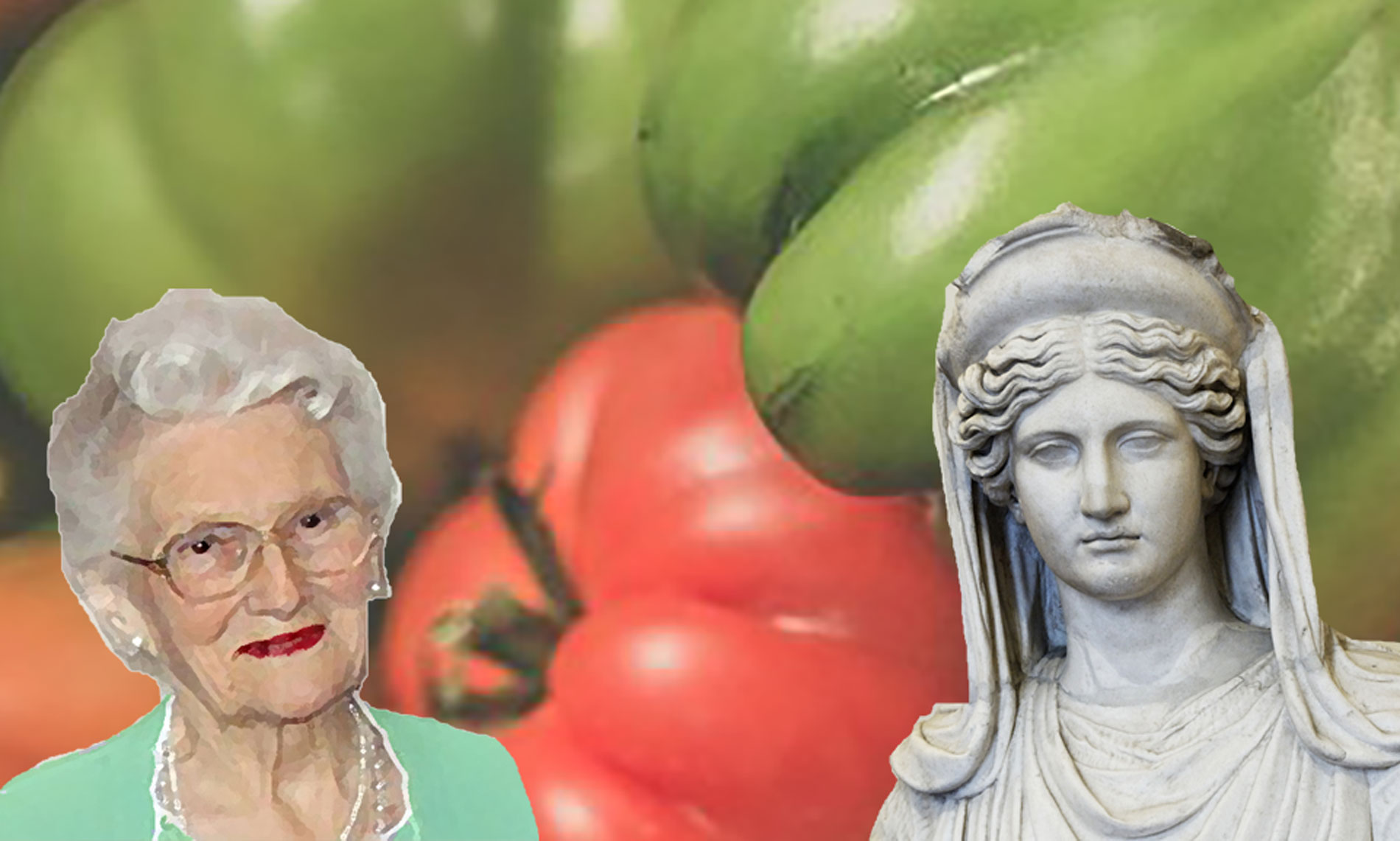 In 1981, I went to work in Scotland for an extraordinary community, Findhorn. With a friend, we were responsible for sounding a house. We only spent three days there, but I could discover this magical place and enjoy it.

Findhorn movement started twenty years earlier, in 1962. The world is just recovering from the Cuban Missile Crisis – a war barely avoided – and is preparing to enter the delirium of the Beatlemania. It was then that the couple Eileen and Peter Caddy settled in a caravan on the coast of Moray, Scotland.

The Caddy couple could have been a victim. Vacated from the hotel where they work, they have at their disposal only a caravan on a piece of sandy soil. The owners of Cluny Hill Hotel do not leave much to them. Just enough to survive. The Caddys plant vegetables that grow visibly. Total surprise. Where does this miracle come from?

The Caddys wonder. They did not choose the place. They failed there in their caravan, period. And now this poor earth beaten by the winds begins to produce incredible vegetables! Casually, the dismissal of this modest couple will become one of the great synchronicities of our time. The Caddys are at the origin of the New Age movement, as pioneers of the great reconciliation of human race with cosmo-telluric energy.

Opting for a simple life, they grow their own vegetables without much hope on this thankless land. And everything starts to grow so hallucinating. The affair is rumored, the national media are interested, publishing photos of these huge vegetables. The couple has already understood that this place is quite special.

Former secretary at the Cluny Hill Hotel, Dorothy Maclean has joined the couple. With her, they launch the Findhorn Foundation. A community develops there. Notably, the three formative influences are women: Eileen Caddy, her friend Dorothy, and Sheena Govan, Peter’s first wife. Sheena was not involved in Findhorn itself, but while still Peter’s wife she had formed an earlier community elsewhere which was joined by Eileen and Dorothy – she was the “seed” to an alternative community at Findhorn.

Eileen is the inspiration and guide of the community throughout her development. Born in Alexandria, Egypt, she lived in Mesopotamia. In the course of a personal crisis rooted in this land of Eden, she has found her divine nature. It is the most striking of the three founders: she, Peter and Dorothy. Spiritual mother of this place of life, she has continued to incarnate the soul of the community. Findhorn has been dubbed the “Vatican of the New Age”. This new Vatican had its Popess, Eileen the High Priestess.

In France, there is another site of the same kind: Alaise in the Doubs, which is considered the epicenter of ancient European cosmo-telluric energies. Would it be a French Findhorn? If we compare the two sites, we find strange similarities.

The works of Alphonse Delacroix and Xavier Guichard show topographic similarities: proximity to rivers, contoured hills … To which is added another common point, the reference to antiquity. Alaise is dedicated to the Greek goddess Rhea. And in a way, the Findhorn site is too. Do not look for Goddess Rhea. There is already the “Mother of the Gods“, Eileen Caddy herself.

In the following years, the Foundation buys the old hotel and caravan parking. Shortly thereafter, the radiesthesists identify a vibrating point on the site: the convergence of 5 positive lines of force or Ley lines. The community decided to build a meeting room there. It will be shaped like a pentagon. With stakes, they mark the course of the pentagon.

The next day, they find the stakes torn and scattered. It’s repeated until one of them has the idea to recalculate the lines. Their layout was false, offset by two meters from the epicenter. Rectification made, everything is in order. The stakes remain where they planted them. Dorothy believes that vegetables have grown with the help of the elementals or “devas of nature”, as she calls them. Have the fairies torn off the stakes? 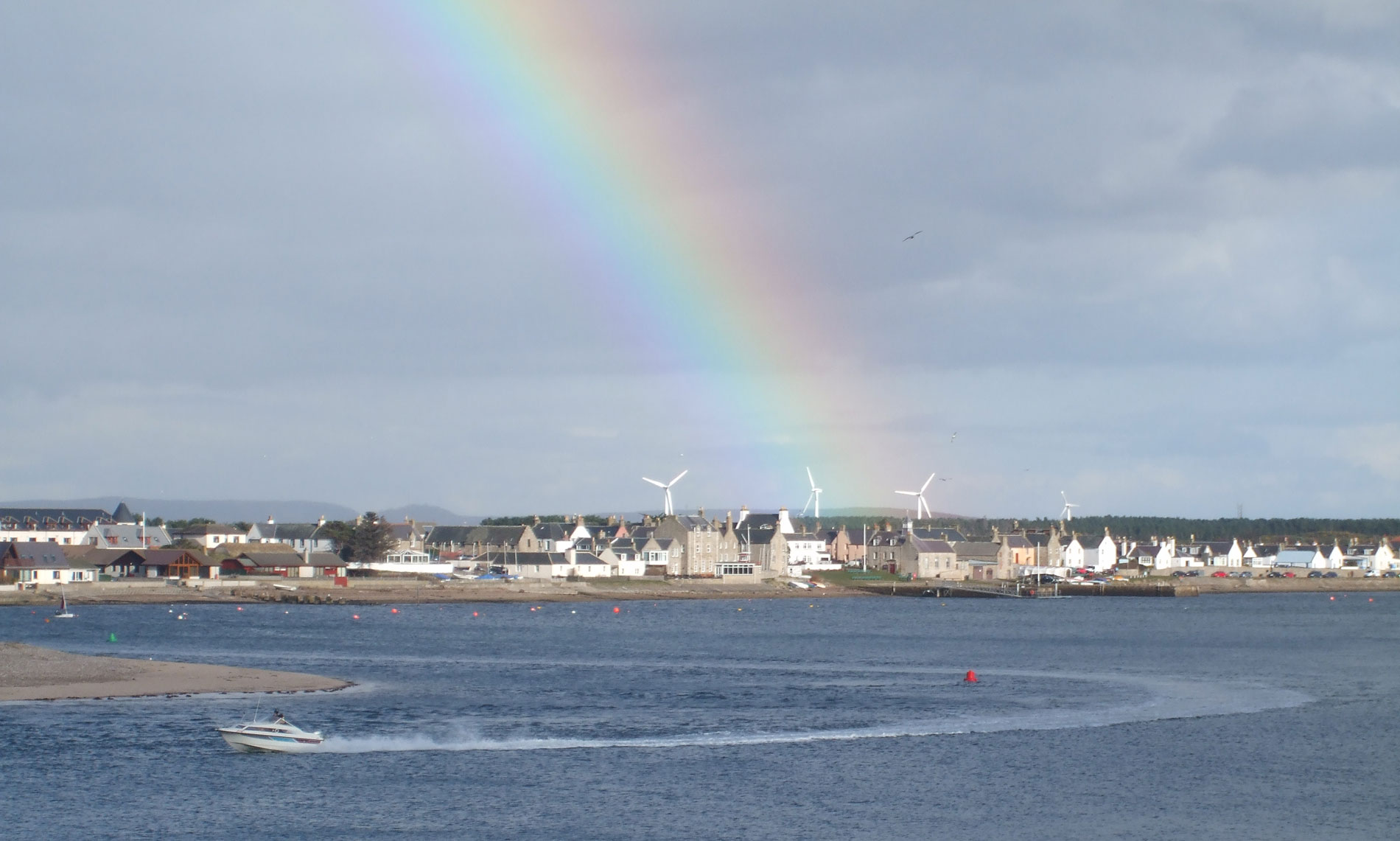 In 1981, with a friend, I do a little job for Brugh Joy, a rather interesting guy, Findhorn member. We need to install an audio system in their college in Cluny Hill. We stayed there for three days, but since Brugh did not really need our help, we had plenty of time to explore the place.

The college is the old hotel managed by the Caddys. It now belongs to the Foundation. According to their line of Ley lines, the 5 lines of force are of unequal power. Cluny Hill is located on one of the strongest, which radiates southward from the nodal point. Once again, no coincidence!

In Victorian times, the building housed a hydrotherapy center. As if by chance, the ambient light is softer, of a quality different from the ordinary. It strikes me many times. No doubt, the Victorian doctors have chosen their location.

Cluny Hill has a calming effect, it’s indisputable. Groups of volunteers work in perfect harmony, visitors participate in workshops in the utmost serenity, and the communal canteen serves the most astonishing meals. I was still a big rock n ‘roll unbalance. At the first dinner, I take two vegetarian rolls. Big mistake. Like Tolkien’s lembas, these rolls are super nutritious. They force-fed me.

The meal finished, feeling fed up, I notice my friend looking around. The assembly is silent. It looks like a tribe of telepaths. They suddenly gather for a minute of meditation, then disperse so suddenly, still noiselessly. It’s a strange effect, as if we were two children in the middle of strange adults. In the midst of a band of aliens … In a less cool atmosphere, we could have been afraid.

Our job ends. The truck loaded, they show us the “village” on the road before showing us the hexagonal building; their universal hall that was still unfinished. Everything had been built by volunteers, which gave a truly impressive charm. Many beautiful stones, and woods in warm tones. We were shown the audio system being installed. Decades later, I discovered that one of the installers was Duncan Roads, who later became the editor of Nexus Australia magazine.

Let’s come to the strangest, the disturbing: the highlight of the Universal Hall, with its pentagonal shape. The residents also bought a pentagonal quartz crystal. They put it in the ground, in the center of the room, just at the intersection of the lines of force. This crystal vibrated the whole room in a strange and very perceptible way.

Before we came, they had put on the roof a spiral lightning rod. But not anywhere. Pile in the vertical of the crystal. From that moment, some sensitive people could not enter the room as the energy was powerful. Unbearable, actually. They have dismantled the lightning rod.

The spiral lightning rod had been tried within only two or three weeks before our visit, so maybe there was still some residual amplification of energy. Just to see, I stayed five minutes on the crystal hoping that it would do me good. No special sensation But I still feel that I had: it was worth a try.

We went home to the south, quite impressed by the place and the very good vibrations we had felt there. A little disappointed also to note that in us, nothing had changed …

It was enough to wait a little. We call it the delay effect. During the next three days, I entered the dance. I lived a delicious ecstasy, I felt like walking a few inches above the ground. The sensation was the strangest, a bit like a psilocybin trip but without mushrooms.

These three days of delerium, words cannot really describe yet I want to say more – my awareness had expanded beyond my physical body, I was charged with such pure energy of a higher frequency that I prayed for it to be with me forever. Hallucinogens like LSD and psilocybin run down our energy, we are tired after our trip – whereas there was no loss of energy at all during or after those three magical days, I was constantly refreshed.

It remains a unique experience in my life. It has remained etched in my memory. I have often thought about it since. Unfortunately, the river of life never flew back to me. The only thing I can say is that it was so cool. 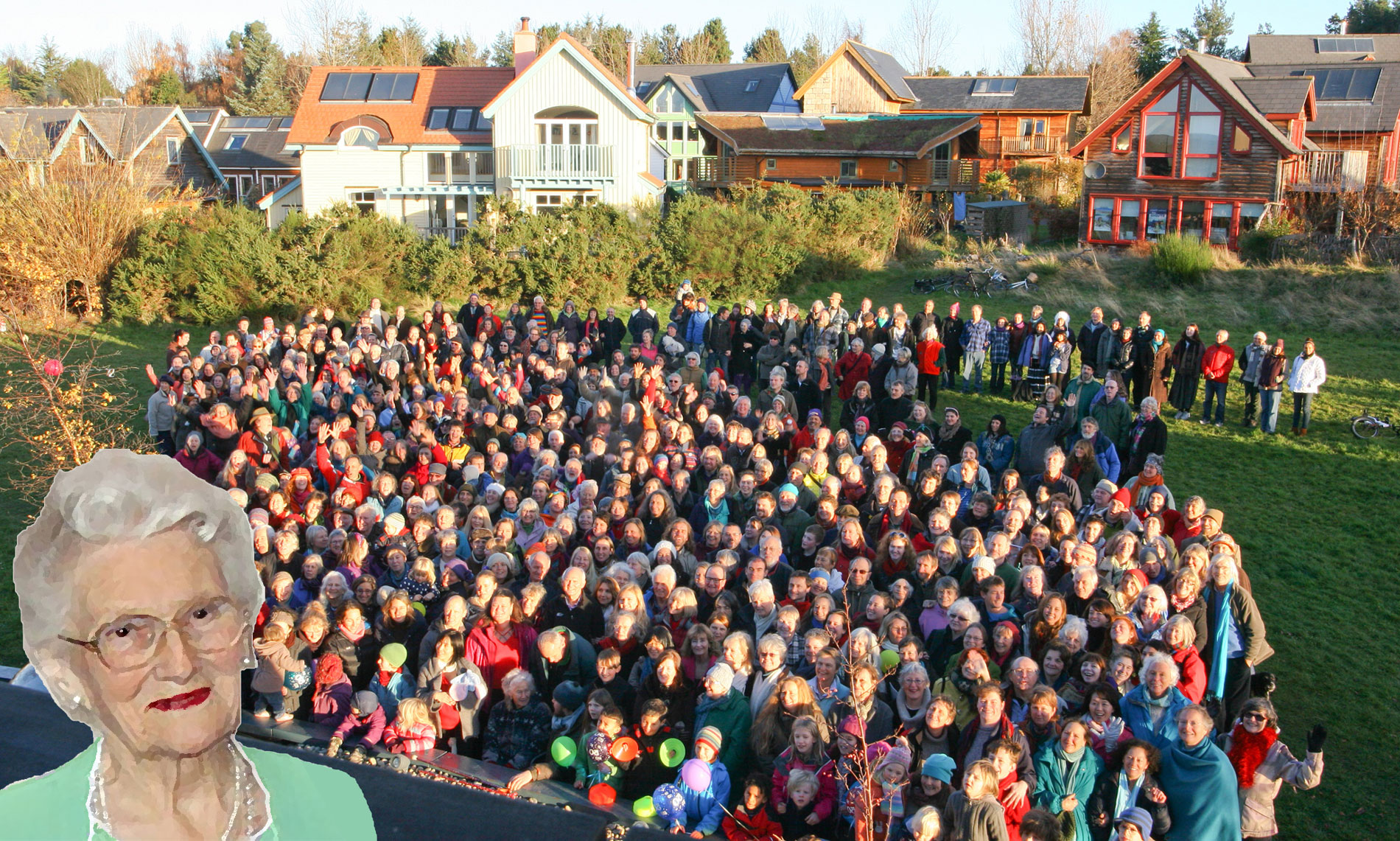 Since its creation, there have been many musical evenings in this Universal Hall. All musical genres were represented, classic, romantic, folk rock and pop. The Waterboys have played several times, singer Mike Scott now lives on the site. Just above this point of energy.

To those who wonder what the goddess Rhea would think of this, I want to read this text found randomly on the web. According to Appolonius Rhodius “Her worship used songs and dances to provoke a religious ecstasy.The trance dance was done on a rhythmic and boisterous chant, accompanied by tambourines, shields and cymbals“. (source)Apollonius of Rhodes, Richard Hunter, tr., 1993. Jason and the Golden Fleece (Oxford: Clarendon Press), Book II, p. 29f.

If you want my opinion, I think that Rhea agrees. She is alive and well in Findhorn.