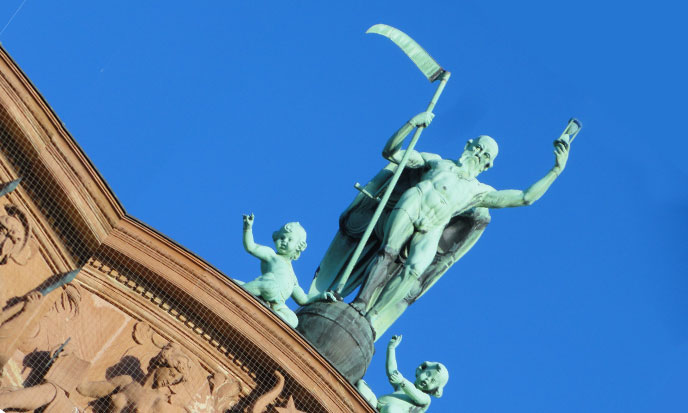 At the sources of Greek mythology, Hesiod gave us the first description of the origins of the universe, gods and men. Here is the story.

The beginning was Chaos, black hole, indescribable void, from which emerged Gaia the Earth, and Eros the Love, the most beautiful of immortal gods, who weakens limbs, and subdues in every god and every human the intelligence and cautious will. From Chaos were also born the Night from above and Erebus, the darkness of Hell. Then Erebus and Night joined together to father the Day, who lights mortals up, and Ether, Light. As for Gaia, the Earth, she gave birth to Uranus, the starry Sky,

then the mountains and Pontos, the sea, a masculine creature.

Plato the Sage taught us to decipher the mythological stories, let’s follow his example. What does this myth tell us, from which we would not have paid attention to? That the Earth is the mother of Heaven, and this double proposal, that the sky is the son of the earth, and with the earth he gave birth to giants, could well be translated as follows: sons of the earth went through the sky, to the distant stars, and came back. They were giants.

Thus, the giants or Titans who created us, could well be men from planet Earth, erudite enough to travel to stars, powerful enough to create a new race in their own image. But the other theory, i.e. alien creators who came from the Pleiades, is also possible. Earth-Gaia then joins her son Uranus-Heaven to give birth to twelve Titans, giant characters with extensive powers, including Cronos and Rhea, parents of future Olympians. Among the Titans Ocean, which the Earth floats on as a flat disk.

I must mention here the surprised reactions of my most educated readers: Cronus the Titan – the one I’m talking about – has nothing to do with Cronos the Time, who is the origin according to Greek mythology. Wait a minute! Cronos and Cronus, my dear friends scholars, are two accepted translations for one Greek word chronos, meaning time. Initially, there is only one word and one name. The avatars of the French language and the legend winding wanted -one day of the nineteenth century- that these characters are distinguished.

The arbitrariness of an era must not grimer reality of another era. Similarly, the Greek word Theos gave two words in French: GodDieu in French and Zeus. Originally, these two are one. The funniest part of this latter confusion is that God is a Christian, while Zeus is pagan. One people, but don’t mix his two faces! Of course, Wikipedia will tell you that it is not. But if Wikipedia did enough to awaken you, I would not have carry the burden to develop this site. Over the Saga, you will find data that does not fit the template. Please consider this choice is not ignorance. 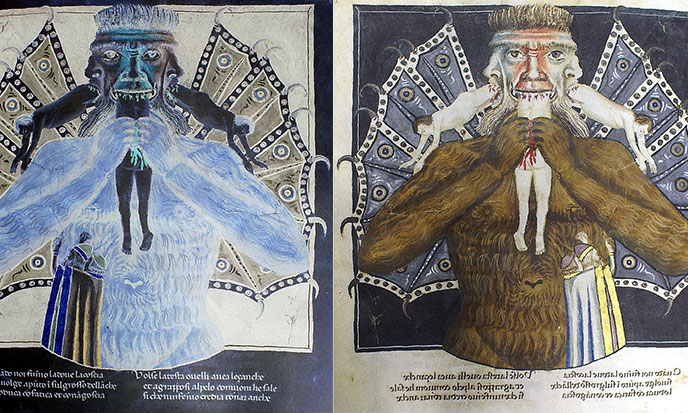 Finally, they gave birth to the Hecatoncheires, monsters with a hundred arms and fifty heads. But Uranus-Heaven ,fearing that one of his sons dethrone him, kept all of them in the depths of Earth. So she became heavier and heavier, and implored her children to set her free, and to take revenge on their father. She created a steel scythe that only Cronos accepted to catch. And when Heaven surrounded Earth, Cronos suddenly slitted his father’s testiclesAll those so-called gods are human indeed! so the Time allowed the Earth to triumph over Heaven.

The blood of the wound fell down the Earth and created new monsters, the Erynies, with hair intermixed with snakes, the Giants and the Meliades, nymphs of ash trees. Whatever? After this first divine coup, Kronos became “caliph in the place of the caliph” (source) tribute to Goscinny. And his reign, as it is said, was that of the rivers of milk and honey, that of eternal spring, that of golden age.

With the reign of Cronos, the cosmic harmony ended.
After Cronos where has the time gone?