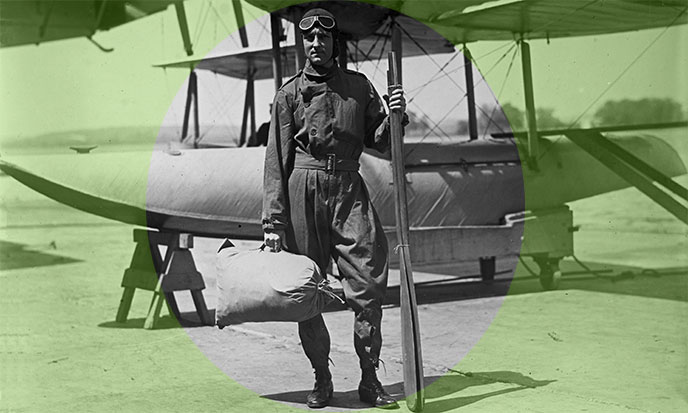 Admiral Byrd, formerly exploring the North Pole, said to have found the entrance to a tunnel leading to a temperate underground world, bathed in soft light. Hallucination? The case is not clear …

Other authors have followed the Admiral. The hypothesis of hollow earth, another world beneath our feet strangely echoes another ancient legend, the devil and his demons who live underground in hell.

And to enter this world below is quite simple: use the large tunnel of poles! Still, a hole in the poles, we would have noticed, right? Not necessarily, says Roch Sauquere, editor-chief of Top Secret magazine. His research in the files of the NASA showed that the pictures of the poles are extremely rare, and when he finds one, the pole is hidden under a sea of clouds. Admit. But the explorers who take turns for two centuries? How did they not fall into the hole?

Listen to the story of Admiral Byrd. “1926: Byrd, along with a captain and two petty officers, walked for hours on the ice climbing sheep chaotic eternal ice, and sliding down to dangerous peaks.

Suddenly, they discovered an unforgettable . In their eyes transfixed stretched a long narrow and deep valley covered with lush greenery and bathed in warm sunshine permanent. An oasis of life in the midst of the great desert of ice.

After a long time down, they had changed their world. They entered a plain where there was a prolific vegetation and almost heavenly. The gentle heat and penetrating (19 ° 8 C) forced them to leave their equipment polar explorers. Beneath their feet they trod grass thick and greasy.” (source)Jean Brun, Nostra hebdo, June 29, 1980

Alas, exhausted and out of food, they had to abandon exploration. The following days, despite all their efforts they could not find the path to their “lost paradise”.

But Byrd does not want to abandon this quest that will haunt him until death. In 1947, he was the first to fly over the poles, without finding the lost valley.

In 1955, during an Antarctic expedition, he sent the radio message following: “On 13 January, members of the expedition of the United States have made a flight of 4300 km from McMurdo channel and entered land on a distance of 3700 miles beyond the Pole” 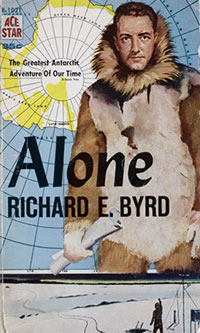 On his return, he added this: “The present expedition has opened a vast new territory.” Finally, shortly before his death, he has this cryptic sentence: “This enchanted continent in the sky, land of the eternal mystery!” What did he see, or what did he think? Which enchanted continent does he speak of? Byrd took his secret to the grave. Should we believe those who say that the best parts of his testimony were destroyed or classified top secret? Unfortunately, this folder is then classified once and for all. Unless Byrd comes back from beyond the grave … or another explorer penetrates the mystery?

Comics, too, succumbed to the lure of underworld. Undoubtedly influenced by Helena Blavatsky, Edgar P. Jacobs staged in “The Enigma of Atlantis” a very credible underground continent.

More recently, the brothers Schuiten – stars of Belgian comics – have initiated an amazing series, The Hollow Earth, including Zara and Nogegon, three pure masterpieces. Literature, comic or not, is a portal to another world. Through the use of the Akashic records, authors could never imagine anything.

They find in the Living Memory the events experienced by women and men of elsewhere or of the past. This intraworld, vast area unknown yet so close to us, could be an analogy with the our inner world. Where everything is possible, everything is accessible, everything is light. This sun that shines like a perfect diamond in the heart of our planet, instead of what geologists call the Earth’s core, this pure light source of immortality that makes man a god, all is metaphoric in this myth, this is soul teaching. The whole story could be a confabulation of Blavatsky – a legominism said Gurdjieff.

A legominism is a fable that does not claim to historical truth, but, like Zen koans and Sufi stories, education reveals a higher truth that without the structure and details of the story, remain inaccessible to many. One may wonder – as some readers did already – if all this site is not one.

Reenchant history, enliven the mythical sources by providing rhyming fashion, resurrect pending omnipotence, such is the urgency in the twilight of kali yuga.