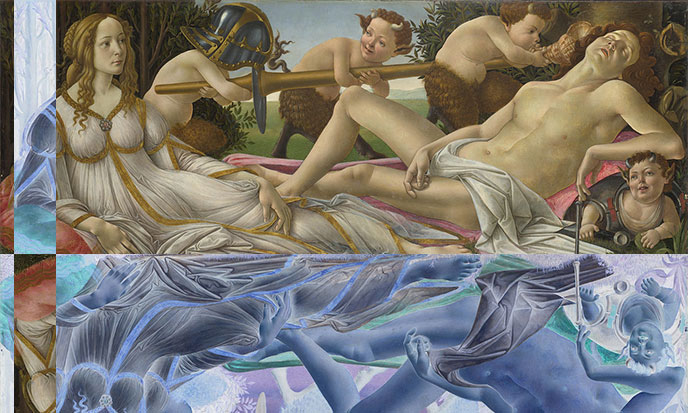 You are many to ask about my sources. All of them are specified in brackets. When no source is specified, the source is in me, I’ll go get it in the Akashic records. You must try some day … ifever you never did!

Where do my prehistoric memories come from? How can I see and know these times when I did not live? The universe has a memory, like all that lives. Deep in our unconscious there is a door that looks right there. “My brain is only a receiver. In the universe, there is a core from which we obtain knowledge, strenght, inspiration. I have not penetrated into the secrets of this core, but I know it exists” said Nikola Tesla. About the same time, Jung said the same thing. The traditional masters of the past knew this core – a large databank they called Akashic recordsAlso said Akashic Fields Quite pompous.  I’d better say the Great Library of the Universe, or GLU. No joke: the universe has a memory, like every living being.

Deep in our unconscious, there’s a gate looking right there. Words, words, words. Nothing to take seriously. World’s memory is much bigger than all computers. And world’s memory is small enough to be contained in one single electron.At least quantic physics tells us so.  This is Akasha. Love it or leave it. Give a try to the spirit somersault into the unknown, as Juan Matus use to say. Of course, you can take it literally. Keep your own dreams, each of them is a world. “Akashic Records are a place in heaven, a clear and peaceful place, where you felle really all right. Details of ervery past lives are recorded there. The place looks like a large library ruled by Spirits. They take care of big registers, as librarians do. But their real job is to give advices to the dead people when they come in to choose a new incarnation, when they pick up their file. This is the first duty of Akashic Records, but like any library, they can be visited by living people.” (source)www.samsara-fr.com/akasha.htm

A being called Coming-From-Far-Away channelled to Clairvoyant Brigitte. She was initiated by E.T., just like Raël! A perfect illustration of the riks to take anything litteraly. Akashic records are more basic:  a site in our conscience -of pure energy, pure light, pure spirit. Afterwards, we furnish the room with our own things. We turn it into a material world, but it’s not. We have to be careful with such descriptions, since they only reflect the state of mind and/or the energy status of the speaker.

“From the beginning of the 20th century, popularized occultism books said that the astral light, also called akasha, reflects every event that happened in the universe. The sum of these reflects makes “akashic records”, that can be perceive by some people having this paranormal gift. This is not really what more ancient occult traditions said. In magical philosophy, the astral light belongs to the world of conscience, and not to the world of matter, and what it reflects is every mental event of the universe. In other words, it doesn’t stock objective images of Pearl Harbour or of the last days in Atlantis. What it gets are reflects of lived scenes, of events feeled by real people, at any time, any place.” (source)J.M. Greer, Atlantis, 2009

Akashic records has many names : for psychoanalysist Carl Jung, it is collective unconscious, and for rock singer Jim Morrison, it is Universal Mind. This is the source of immediate knowing, which was called science infuse during the Renaissance. Instant knowledge, a perfect light from deep inside. The whole human memory is inside of you. It is stocked in every single electron. What’s difficult is to find out the way in. GLUGreat Library of the Universe is more a place of consciousness than a real place, located in heaven, in hell or in Chattanooga.Sorry for people living there. I truely apologize.

All possible worlds are developing inside of us – Castaneda calls them places of consciousness. There, in that place of consciousness or whatever name you give it, everyone is free to see librarians angels and heavy registers. All you can see in that imaginary world depends on your inventory. According to his own background, this one will see Virgin Mary, that one will see aliens, and a third one will see fairies. Basically it is an inner change. You try another place of consciousness. You enter a new room in the huge many-storied building you call your conscience.  In that particular room you’ve never been before. This is the alpha wave, the world of nagual starts here: with an incredible flash of light, you are facing pure energy.

This meaningless flash of light is quickly changed by our mental state of mind into an acceptable shape: fairy, Holy Virgin, E.T., Coming-From-Far-Away, or librarian angel. The choice of what is acceptable for you to see depends on your inventory. Everyone picks up in its own database in a try to describe the undescribable.

The shock of the unknown is so violent you can’t made head nor tail about it. That’s why clairvoyant Brigitte get confused, mixing Akasha up with the long lost temple of Shambala, or Shangri-la, which is a mythic temple in Hindu legends. Nobody ever knew the way to this magical place, far away lost, up in one of the thousand unknown valleys of Himalaya.

Absence of evidence is not evidence of absence. (Carl Sagan)

As Tibetan legends say, Shambala is a place where every visitor is given a scroll of parchment with his/her own name, describing his/her past, present and future life. Sangri-La is a material place, although mythic. It is supposed to exist really on earth, or rather under the earth. For it is the capital city of the undergroung world of Agartha. It exists if you are a believer. It has concrete reality, while Akashic Records haven’t: they belong to astral world. So many universes are moving inside of us. While our little masters keep on boring us with flat screen TV and 3D movies! How did Native Americans react when they see a movie for the first time ? See Ayahuasca. And that makes a big difference. Mixing these two worlds, physical and astral, can lead you to a dramatic situation. You may even loose your life. This universe is predatory, as Juan Matus liked to say.

All we see and do, the whole sensitive reality, all our acts and skills belong to the physical world. Even our thoughts, relayed through our material brain, belong to physical world. The astral world is for the nagual, nothing can be said about it.  Nagual starts when you stop thinking. Then starts the inner infinity. Words and sentences don’t mean a thing. It takes time to learn our inner treasure map. Time to reopen the fairy eye. The Nagal speaks with its own terms. And what’d it say? Ask me no question, I’ll tell you no lies. You get the answer. All of us have a private line to above. Dial free of charge to the Living Spirit, as our Inner God is always listening, always ready to answer, but we don’t care. We want awakening, not sweat. Someone, we don’t care who, has to make efforts for us. Don’t we deserve the first quality gifts?

As well as angels to turn the pages ?

By the way, this instant dharma drive-in could well be the web. Imagine! Everything at your magic window, ready-to-meditate, nirvana wanted, all tax included.  While clairvoyant Brigitte keeps on describing her Heaven’s Library. 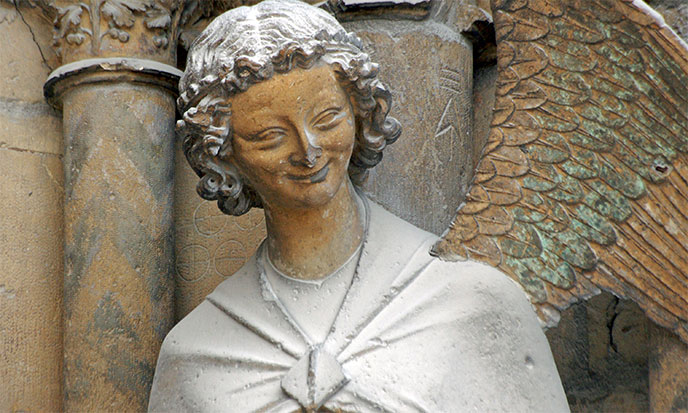 You may consult the Akashic Records, she said, but “every consultation must be done in a helping and improving purpose… that’s why people like Edgar Cayce could get there alive, for their quest was right and not selfish.” This picture is much more unpleasant. Her astral order sounds like another moral order that once poisoned Europe. Once and for all, there’s no morality in the nagual, nor cops in the astral world. The Living Spirit is neither moral nor immoral, it lives. That’s good for it, for us too. Under every form, in every world, it is united to Intention.

A living source where to get drunk, a living stream flowing in the heart of instant life. The main difficulty is to get there. And ifever you get there, the chief dicculty is to stay there. Look for the inner treasure map. Look inside. Truth is herein.

There are only two ways to live your life: acting as if nothing was a miracle, or doing as if everything was. (Albert Einstein)