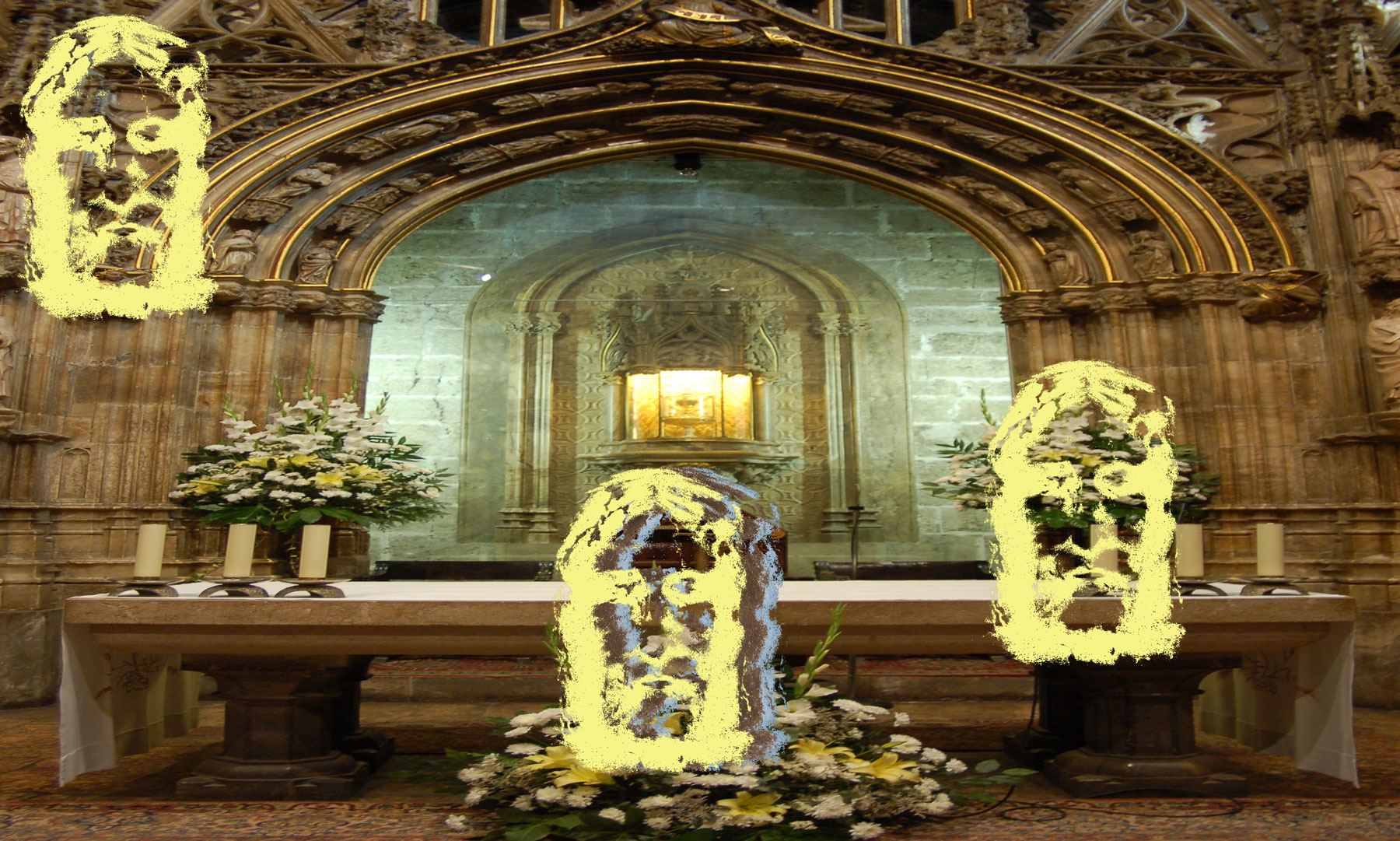 Among the objects that move crowds and cause the fervor, the alleged relics of Jesus exacerbate resentment and defy reason. These mythical objects are commonly called the three cloths of the Passion, as are those who have been in contact with the sufferer of the Gospels in the last hours of his life and the first of his supposed death.

Like the musketeers, the three cloths are four in number. The Shroud of Turin, the Shroud of Oviedo, the tunic of Argenteuil and discreet guardian of a huge secret, the cap of Cahors.

In the great game of historical truth, the tracks are blurred, the arguments flawed, with sometimes heartbreaking irritations of each camp.

I’ll make it clear: the truth will not come out of these lines. On such a subject, it will be held at the bottom of everyone’s heart. And if it were to appear in full glory, this might sound like the end of any faith. Because the truth is. Or isn’t?

Some facts and dates to locate objects in question, which are reported without seeking to discuss their apparent contradictions.

The most famous is the shroud of Turin. Its first appearance is the representation that is made in the Pray Codex, in the late 12th century. In Turin since 1578, repeatedly studied since the 70s, the carbon-14 dating has found a manufacturing in the 14th century. The photographic study in 1898 had made it clear that the image of the shroud was like a photographic negative. The technique to achieve such an image, the physicochemical details of the hardware structure are impossible to reproduce in our time. It received a definitive sanction of expert college designating it as a fake. A fake ? But then where is the genuine?

The Oviedo shroud is a linen relic also stored in the same location since 1113. It would have been applied to the face of the victim after the crucifixion. Carbon dating 14 said it dates from the 7th century. Tasks are completed with the shroud of Turin according to a study in 3D. 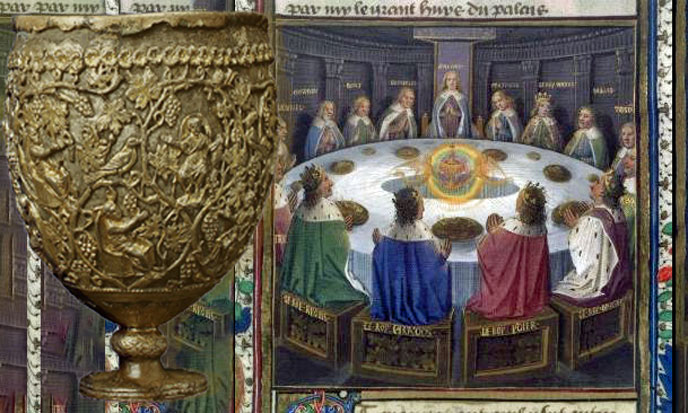 The Argenteuil Tunic is a wool fabric, dyed, with oriental weaving. It is a kind of long shirt as it wore on the skin. The presence of blood was studied, including by trauma. Incredible events have been surrounding this relic for twenty years. An ancient sacred brotherhood, from a distant land, now watch over it in the most total devotion. Its presence is proven since 1156, even though the C14 dates it in a range from the 5th to the 7th century.

Studies done separately on these fabrics have shown that blood was at the origin of the traces left. There is no doubt for experts that a tortured body has been in contact with these cloths. A tortured male individual. Dead.

The incessant progress of recent technology that led to more precise studies in optics, chemistry, hematology have been conducted. However sparingly. The results of the blood study further confirmed that the group was type AB, had a surprising conclusion: the blood belonged to the same man. Who had bled in different cloths, whose image perfectly superimposed injury to some of them, over a period lasting from the 5th to the 14th century. Improbable equation.

The cap of Cahors is the last witness. It would be in the Lot since the 12th century at the latest. It is the smallest of linen passion, again linen. It is the most discreet, the more humble you might say. Eight bunk linens compose, traces of blood visible also thereto. A study in the early 2000s by the specialist laboratory of Lyon most famous fabrics world has made confusing details. 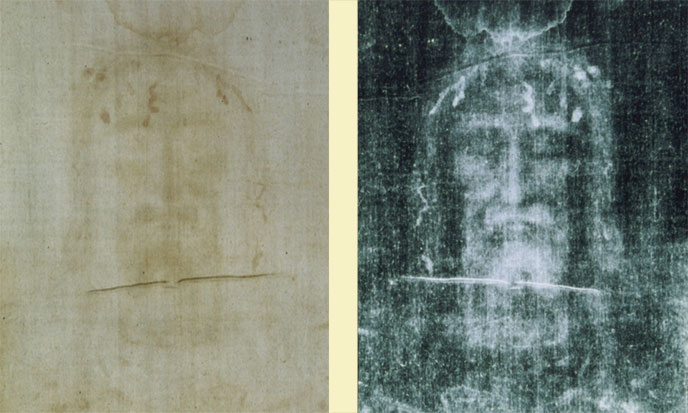 Blood is thus present, but between some of the fabric layers, not all eight cloths. Which corresponds to a change of physical state of the body during the time in which it was in contact with the cap. The finding of Science is categorical on this point: the machine collapsed on itself to trap blood between some of the layers of fabric only at the time of the changing nature of this body. The electronic eye spotted otherwise random cuts on the upper inner circumference. At the location of the front and top of the skull. As a hypothetical crown.

The “for” will resist “against” longer. Dating, for example with regard to the appearance of récentisme, maybe not in the center of the case. A few centuries under the Middle Ages instead bring coherence to all the advanced dates. But the differences in the results of dating hardly argue for the seriousness of the C14 method on fabrics, which the specialists of Lyon forward serenely.

The impossible replica of such an image (on the shroud of Turin) in our time, its incredible technical features are quickly evacuated puzzle by peremptory false name. No identical reproduction (exterior, interior and … internal aspects of a fabric of a certain age) of such an alleged fake was never achieved, despite many attempts.

Regardless of the dates, techniques. Just look at things: A character that is claimed to be the Jesus of the Gospels bled, at different times, in different cloths! That specifically address the descriptions in these gospels (about which we can discuss the historicity) what was the Passion of Christ. These fabrics are bearers of a message, no doubt about it, even if it is a technique of great forger.

Then cross-reference what we say legends and mythologies. The linens had the function of collecting the blood of a man named Jesus. They are a kind of receptacle. They lock wonders that modern technology, slowed by contrary wills, discovers nevertheless, sometimes with disdain, like waiting for an inevitable revelation. In the Christian legends, the christic relics –the shroud of Argenteuil, shroud of Oviedo and cap of Cahors– this type of object has a name. It is called the Grail. 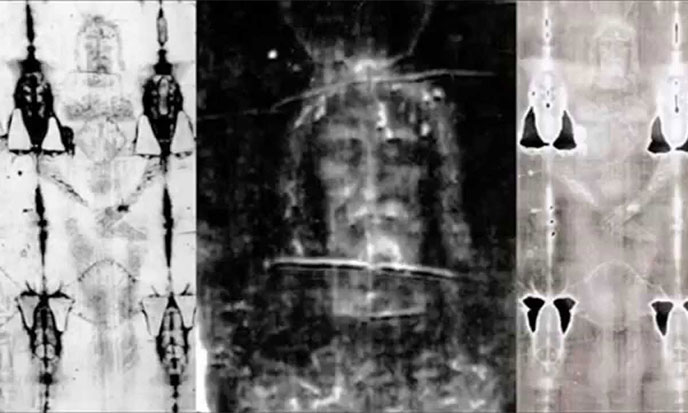 Holy Grail, the receptacle of the Royal Blood, Sang Réal in old French, or Sangraal meaning Holy Grail. Why look for a vase, a cup, a lost glass? Passion linens do exist, they are the Holy Grail to them four, and half of them are in France. This doulce FranceSweet France in old French which was named “eldest daughter of the Church” probably because it was the homeland of Christ-forgers …