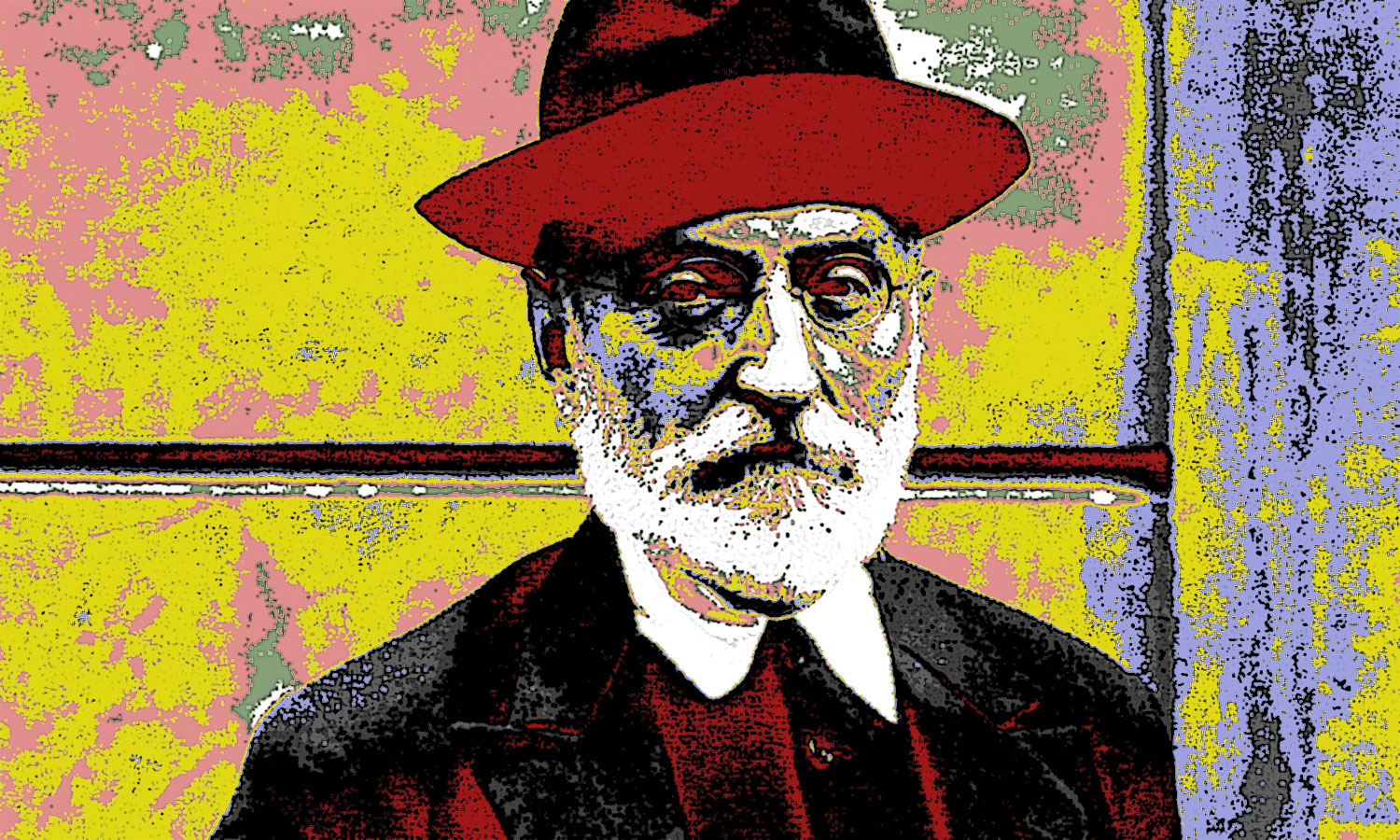 For the classical period, Spain has Cervantes. But for modern times, Miguel de Unamuno is surely the greatest Spanish writer. An ardent defender of beautiful letters and just causes, he was at the same time poet, playwright, novelist and philosopher, combining a love of truth with a passion for the purest language.

For all these qualities, Unamuno has forced the admiration of its readers beyond the borders, and every Spaniard is grateful to him. A vast and generous thought, a meticulous concern for the right word and the perfect expression, a desire to unite and bring together what the time has separated, Unamuno seduces by his righteousness, even if his opponents reproach him a quick change of ideas. For him, this so-called defect only applies to little things, such as ideologies, such as politics, such as the clans, such as the parties he cursed.

More a wise man than a philosopher, he always sided with common sense, cursing liars, braggarts and hairstylists. He tended to never hold his tongue when the cause seemed right. As soon as he opened his mouth, in defiance of the danger, nothing and no one could stop him. Not even him. We blamed him for that.

I discovered him thirty years after his death, while I was studying philosophy at university. Not speaking Spanish to my chagrin, I read it in French. Traduttore traditore, say the Italians. To translate is to betray. Any translation struggles to capture the beauties of the original. I loved it anyway. The ideas are strong and unambiguous. The prose is beautiful which testifies to a deep intelligence as well as to the keenest sensitivity.

Politically, he found himself embroiled in the nascent Francoism in spite of himself. In 1936, the civil war broke out, which can be seen as a dress rehearsal, on a reduced scale, of the Second World War. Franco is not Hitler, but there is a familiar scent …

This year 1936 is also that of the death of Unamuno. From the start of the Spanish Civil War, the great man, in love with justice and freedom, spoke out in favor of the nationalists. But he quickly changed his mind. He condemns their exactions, tortures, and other bloody facts. He finds their war cry “Viva la muerte!” Abominable! Long live death? What next ? Unamuno is in the camp of life.

Very quickly, Francisco Franco and the generals of the fascist junta did everything to bring him, at least in appearance, into their repugnant spider’s web. He made a decision and made it clear.

Neither the nationalists nor the fascists found favor in his eyes. Unamuno reproaches both camps for their violence and their contempt for existences. It will cost him his job as university dean, but given the lads across the way, he’s getting away with it.

Basque by origin, Miguel de Unamuno places himself resolutely above regions, provinces and even nations. His side, the only one he has always respected, is the human side. His family, humanity. His school, humanism. He belongs to an extinct race.

Right now, other writers – and I’m not just thinking of the one speaking to you – are picking up on this torch of love for beauty and fairness. I didn’t say justice – is it even fair?

I did not say right either, it has been the object of a cult that blinds. Descartes played. I never miss the opportunity to throw banana peels under the too assured footsteps of all-rational defenders.

You offend human nature, stuck robot ladies. Leave pure reason and formal logic to computers, since that’s all they can handle.

On this question of the primacy of reason, Unamuno has his say, and as always he says it well.

“Man, they say, is a reasonable animal. I do not know why he was not said to be an emotional or sentimental animal. It could be that what sets him apart from other animals is more the feeling than reason. I have more often seen a cat reason than I have seen him laugh or cry. Perhaps he is crying or laughing to himself, but on that account, -being that a crayfish solves quadratic equations in itself.” (source)Miguel de Unamuno, Le sentiment tragique de la vie, traduit de l’espagnol par Olivier Gaiffe

The humanism of the 18th century defined human being far too narrowly: it defined him as being thinking instead of being alive. (Claude Lévi-Strauss)

I’ve been repeating it for years! The reason is not clear. Thinking means headache. To live with your whole being, to open the windows wide, to send the gods to graze, to excommunicate the priests, don’t trust reason. It is big cheater. Reason is prison.

I don’t think, I’m too intelligent for that. (Caligula by Albert Camus)

“Take Kant, the man Immanuel Kant, the one who was born in Koenigsberg at the end of the eighteenth century, and who lived there until the threshold of the nineteenth. In the philosophy of this man called Kant, a man of heart and of spirit, in other words: from this very short man, there is a significant leap, as Kierkegaard would have said, another man (and such a man!): the leap that there is between the Critique of pure reason and the Critique of practical reason.

Whatever those who do not see man say, he reconstructs in the latter everything he had demolished in the first, after having examined and pulverized by his analysis the traditional proofs of the existence of God, of God. Aristotelian, who is the god who corresponds to the political animal, of the abstract god, of the first motionless motor. From there he comes to rebuilding God, but it is the God of conscience, the author of moral order – the Lutheran God, ultimately. This leap made by Kant is already germinated in the Lutheran notion of faith.” (source)Miguel de Unamuno, Le sentiment tragique de la vie, traduit de l’espagnol par Olivier Gaiffe

All that is pure is undrinkable. (Paul Claudel)

Like all that is pure, pure reason is undrinkable. I am not saying madness is better. Neither enviable nor viable. For the tightrope walker, it is a question of balancing on the edge of the razor. It is about pampering our inner treasures, the deep humanity that moves us, moves us, far from foggy islands, hazy theorists, hollow mathematicians and dreadful logicians.

I am not saying that Miguel is right, I deplore that he is confined to the amiable. The time has come for the absolute. To tear oneself away from the glue that holds back our pretty follies, our sweet uncertainties, to break the loneliness of the abandoned, to break the silence of the secrets that have been kept. What do you do with the fetuses that no one has recognized, the sweet ones, the strangers, those who go naked, born to be eaten raw?

His strength is to be sincere, always and against everything. Unamuno hopes and transmits hope. He does not promise the big night but just food and drink. (source)Coluche (listen) He did not found the Restos du Cœur but he transmits his enthusiasm. Read it or reread it before the world becomes obsolete and perishes.

My best wishes: Be warriors. Wake up. 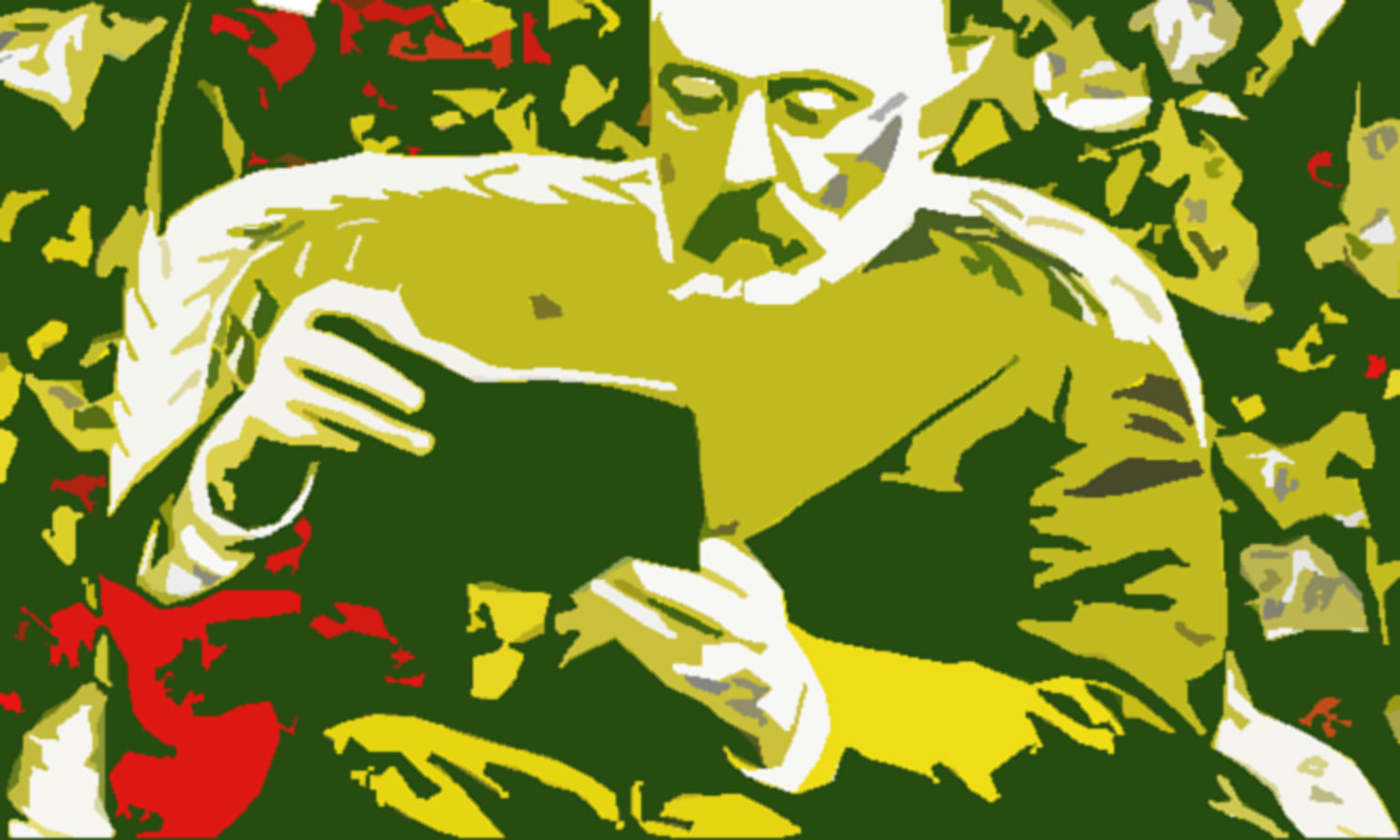 What is the message?

Don’t ask yourself why I chose to start 2021 with this great Spaniard. If the shadow of Franco, alas, still hangs over present-day Spain, Spanish heart warms in the eternal sun of Unamuno. By his work but also by his life in a terrible period he was able to give the measure to future generations. It deserves to be read and recognized.

Do not choose blindly, keep reason and judgment, think before acting and not think instead of acting, action is the preferred mode of expression of the warrior. He acts without waiting for the result of his action, and does not feel offended if the expected result has not come. The warrior is not the navel of the world. no one is. The warrior knows it.

Be in the light since it comes into you. Open your hearts brothers and sisters the night dies the days lengthen as well as the life expectancy. And the duration of the pandemic which is said to be not over. Take care of the things that really matter, give yourself wings.

I raise my cup to those who read me and among them to those who will live two hundred years. It’s in the pipes. You’re going to see revolutions, reversals, different fashions, opposing theories, tsunamis that turn out to be a storm in a glass of water, I’ll have a good laugh from up there. If they let me approach the window. Powerless witnesses of all these changes, you will not be able to help but notice that everything always returns to the way it was before the bloodbath.