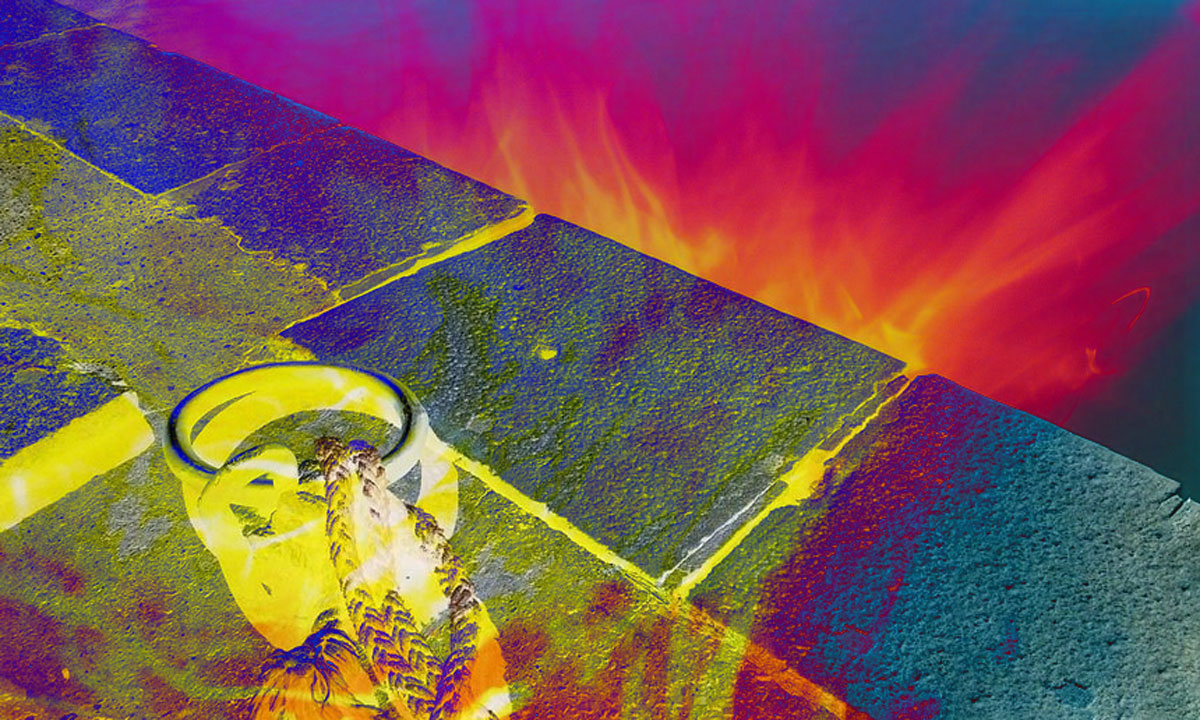 The People of the Sea! For most of us, these words are meaningless. But for the ancient Egyptians, they were like devils out of hell. They came on their fast ships, they came in their flying machines, they came perched on elephants – at that distant time when the pachyderms were unknown in African savannas.

These devils came from nowhere, they let speak fire from heaven. Their wives had the sky and the sea on the eyelids and other cosmetics on the faces. Dressed in purple and orichalcum, the warriors were wearing crystal helmets. They had spitting lightning iron spears. Their flying machines were sowing death and destruction. The unknown weapons they used terrified the bravest, and all were frightened by these giant animals crushing huts and barricades. Nothing and no one seemed able to stop the march of the Giants of the Sea and the Sky. In a few days, everything seemed lost.

The texts that we have do not specify the existence of flying machines in the army of the Sea People. But other texts of the same period did, so we can infer that it was the case for them too. The people of Rama in particular was renowned for using flying machines, and the biblical King Solomon had too. And I have good reasons to believe that the Sea People were squarons of Rama. 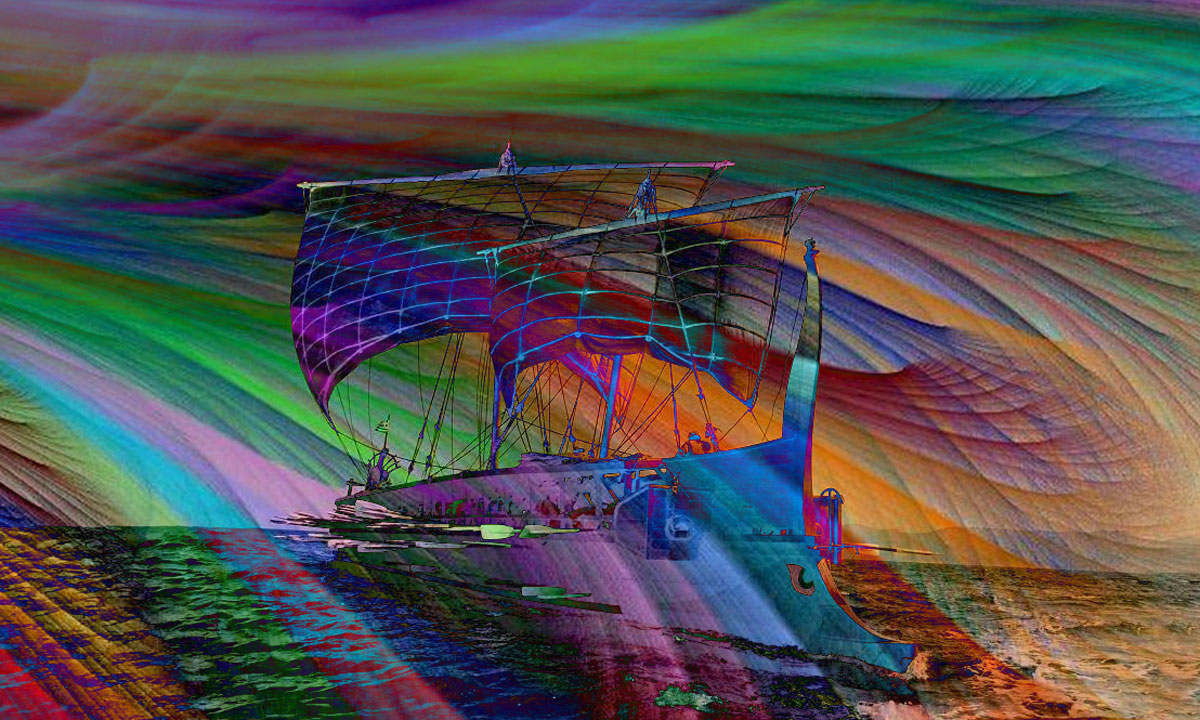 “The Sea Peoples invade and destroy everything in their path. Many cities are taken and destroyed, without the heroic resistance of the Athenians, the Mediterranean would have been conquered.” (source)Plato, Timaeus Pelasgians is the name the ancient Greeks gave them. “Pelasgians” (Greek Πελασγοί / Pelasgoí) is the name given by the ancient Greeks to the first inhabitants of Greece, before the great Achaean and Ionian invasions. The etymology of the name is uncertain. In the Iliad, Homer speaks of them as a native people of Thessaly, “the tribes of the Pelasgians with good spears, Pelasgians inhabitants of busty Larissa” (source)Wikipedia

The good sets in question would rather sticks that breathe fire. But the thing was forgotten by the time of Homer. As for the origin it gives Pelasgians, we know that the Greek singer was an imitator rather unreliable, which earned him the contempt of the wise.

“Herodotus says that the first name of Greece was Pelasgia (Πελασγία) Pelasgic and gives origin to the Aeolians. Argos is called” Pelasgian “by Homer, and Dodona, in Epirus, worships Zeus Pelasgic. Some buildings, such as the Cyclopean walls Athens, are also termed Pelasgic.” (source)Wikipedia

Thus the Pelasgians and the Cyclops are related, the Pelasgians are the descendants of the famous men who mounted these colossal walls of which the Bible speaks as proud giants. Please note that the trail is not marked. All these events took place before the time that our teachers call history. The origin of the Pelasgians remain taboo for the official history as the existence of Atlantis and Hyperborea will not be admitted. Documents of the time constraints, the debate is closed. Too bad. The track is promising.

“In his book The Parallel Lives, Plutarch mentions the Pelasgians as possible ancestors of the Romans,” after traveling most of the land and conquered many nations, they stopped at the place where today is Rome, and for mark the force (Rome) of their weapons, they gave this name to the city that they built it.” (source)Wikipedia

Another link is woven between the Pelasgians and the people of Ram, one of the gods of Hyperborea. I have already shown how Romulus, the mythical founder of Rome, was linked with Rama, if not Rama himself. 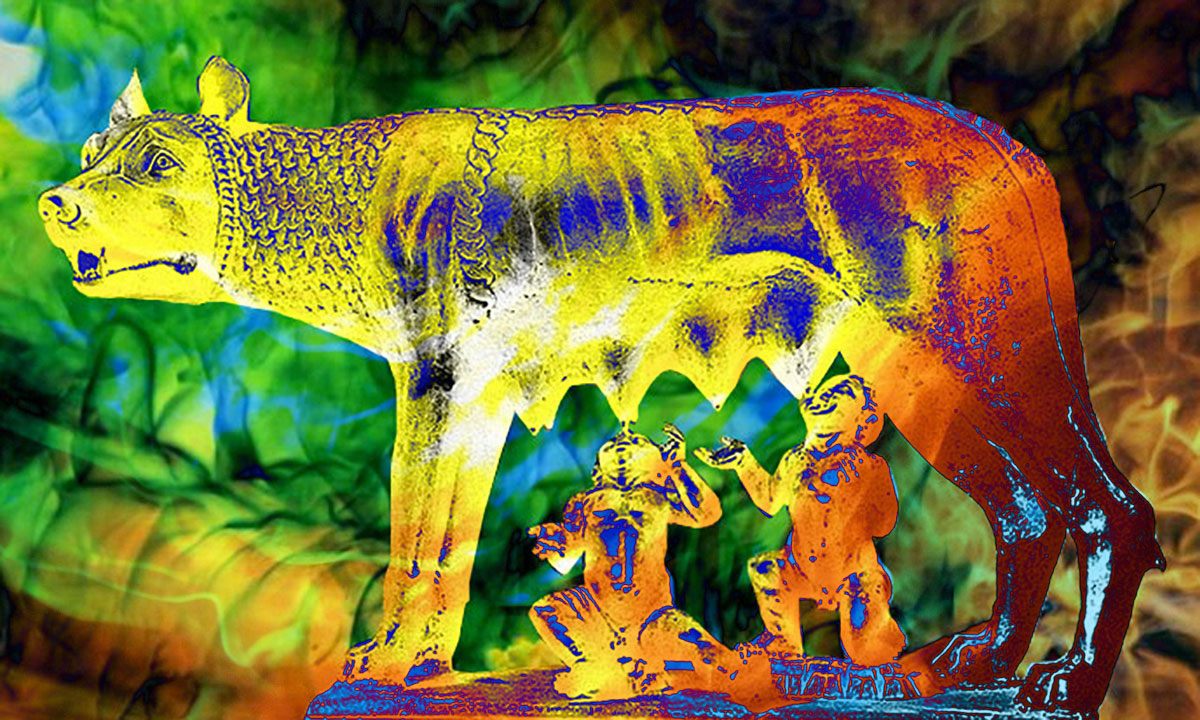 We begin to understand that these are really the Sea Peoples, and where they come from. The earliest would have arrived, in my opinion, soon after the great flood of 10,500 BCE. Departure or disappearance of Atlantis-island vessel and the devastating tsunami that followed forced the people of the Sea to take refuge on the nearest land.

Some went to US shores, it is the Quetzalcoatl in Mesoamerica and Viracocha in the Andes. Others came to settle on the Atlantic coast, they are confused with the Hyperboreans. Others went on the African coast, it is the Yoruba and former Malians. Others have put to fire and sword the Mediterranean coast, are the Pelasgians or Peoples of the Sea. This would explain why “pre-Hellenic elements of archaic Greek also have certain affinities with Sumerian.” (source) WikipediaWe know that Socrates, whose mother was a midwife, is demanding a Pelasgian origin. Because the Pelasgians, heirs of the Hyperboreans, had learned their nomlbreuses medical and surgical techniques.

We are confronted here once more, the famous people of the Hyperborean Rama, Rama the emperor of the world, who managed the feat of pacifying and harmonizing the two thirds of this beautiful planet – and not only India, as the Indians believed. The historical character of Rama was not a prince of India, he is doomed to a global unifying task. While we are going to succeed this unification – or fail in a war of all against all – learn from the saga of Ram seems vital.

If it is the Ramaites track, we should find our Pelasgi on the road to India, in Central Europe. And this is the case. “Finally, to the Neolithic, the Yugoslav historiography refers to as” Pelasgians vinciens “(or” Vinciens “) holders inhabitants of Vinca and Culture as” Pelasgians diminiens “those of Culture of Dimini, also pre-Hellenic.” (source)Wikipedia Everything coincides, dates, locations, descriptions. I can say without fear of error that the Sea Peoples or Pelasgians are the survivors of the two major floods caused by the former gods.

The first flood, the great tsunami of Atlas, in 10500 BCE and the second flood, the disappearance of the plateau of Dogger Bank and the second Atlantis, around 2000 BCE.  The Pelasgians are the straight heirs of Hyperborean giants. They have built all the Cyclopean monuments in the Mediterranean area. As the ancient city of Mycenae – today Mykonos, Greece. 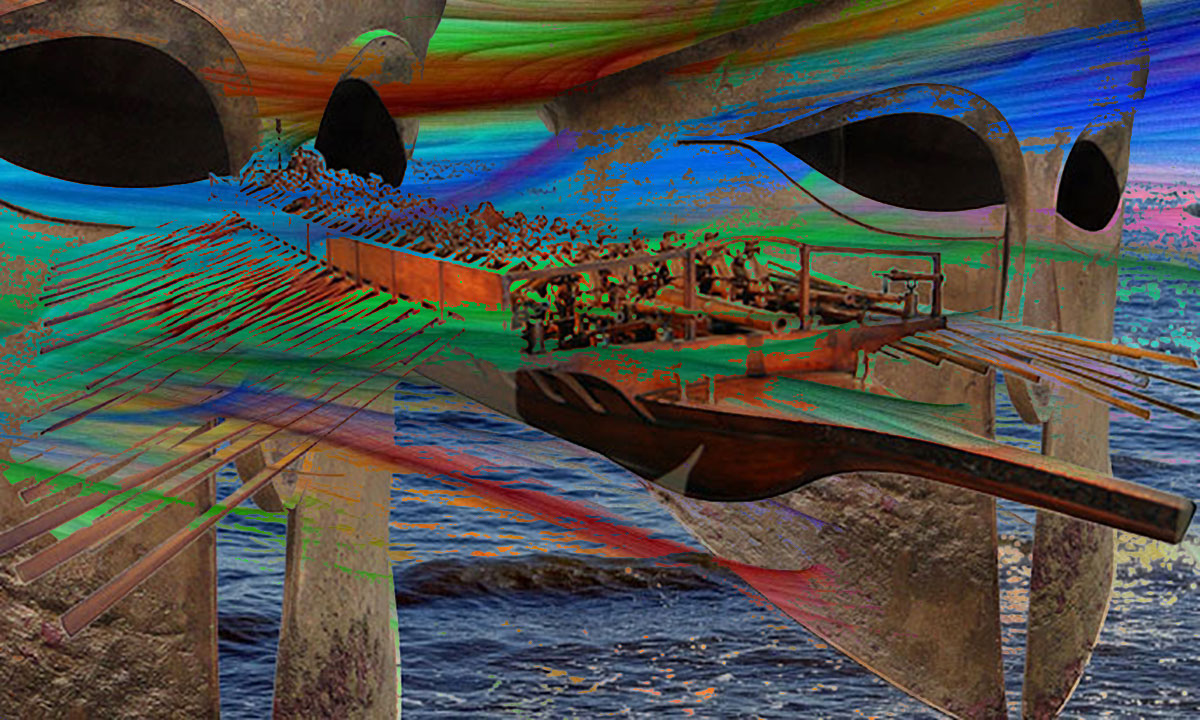