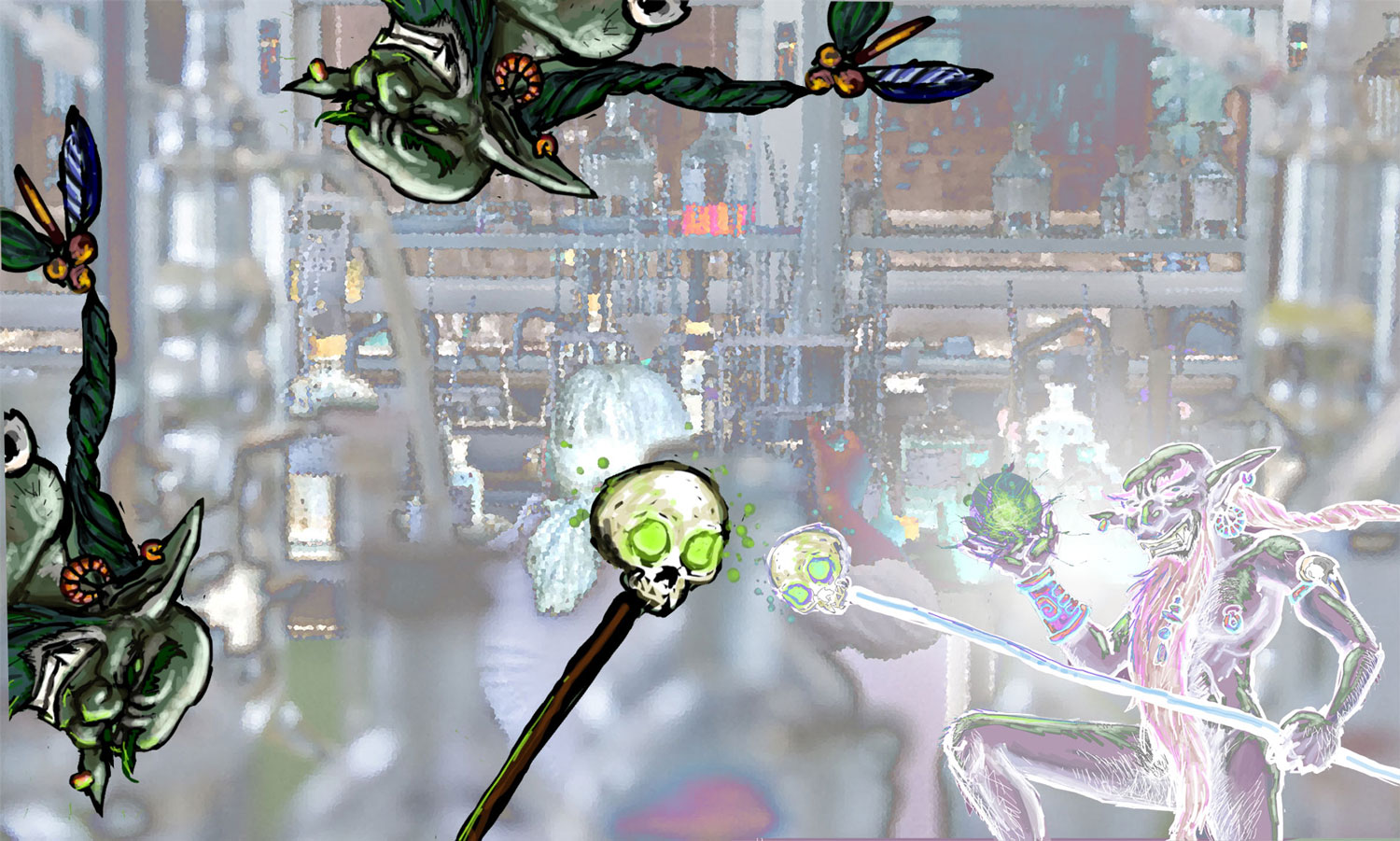 They use to oppose these two approaches to the reality, science and magic. They seem incompatible, even contradictory. We practice either one or the other. At first sight, there is nothing in common between a laboratory assistant and a sorcerer’s apprentice. But as soon as we look closer …

When Baird T. Spalding saw a Tibetan master named Bagget Irand take actions beyond scientific knowledge, he asked him: “Do you pretend to be able to come and go at will without visible means of transport as we have just seen, in defiance of all known laws of physics and gravitation? ” Bagget Irand replied: “We do not despise any law, we do not violate any divine or human law, we cooperate, we work according to the natural and divine laws, the means of transport we use are invisible to you but perfectly visible to us. The difficulty comes precisely because, not seeing them, you do not believe in them, we see them, we believe in them, we know them, and we can use them, imitate us, open your mind. to discover that these laws and rules are perfectly precise and could render infinitely more services to humanity than the limited laws you use. ” (source)Didier Savignol, Origins of life, Nice, 2010

Magic and science are not only compatible, but complementary. One is not conceived without the other. The magic of yesterday is commonplace in our eyes, that of today is the science of tomorrow. I hear from here the skeptics who confuse the impossible with the inaccessible.

The awakening and the ego

“Stop saying that we all have powers that would be enough to develop! You know like me that very few people reach enlightenment, even if many boast,” said Lemy Tho. His dominant ego prevents him from waking up, but his inner unsatisfied aspirations are exacerbated in his power, and he becomes increasingly self-satisfied, egocentric and megalomaniac. He becomes embittered and frustrated. Lemmy Tho does not know that the mind is the only part of being that will never know awakening. The mind, another name of the ego, is the main obstacle to overcome to awaken. Except for the professionals of the illusion, or the awake without effort, by the lightning or by a surge …

“I have the impression that I do not see anything, neither the auras, the fairies, the little people, nor the angels … For years, I have been waiting for the moment when I would see all these wonders, but seems like it’s not for me,” Hélène Hull said. Her naive motivation comes from the poor opinion she has of herself. The absence of self-esteem hinders awakening, like its excess. Whether one overvaluates oneself or one devaluates oneself, it is always the same obsession of oneself, the same way of putting oneself at the center of the world, either by boasting, or by excess of humility. What is shyness? The opposite of pride? I do not believe. The timid fades for fear of disappointing. It’s ego. Shyness often comes from a complex of superiority that places the timid in the center of the world, of His world. This is called egocentrism, it is still and always an inflation of the ego.

“How can you boast of feats that science holds to be impossible, such as astral travel, time travel, clairvoyance, bilocation and all that nonsense?” You take your delusions for reality,” Joss Aitou told me. He thinks he has the ultimate truth when he did not even take the first step on the road. Jealousy makes him talk, envy makes him act, he does not see that he is his main enemy, his purely mental knowledge screens between the world and him. Another who skips on the banana peels of the ego. We judge others according to who we are, and we do not believe in the facts that refuse us. “The difficulty comes precisely because, not seeing them, you do not believe in them, we see them, we believe in them, we know them, and we can use them, imitate us, open your mind.” (see above !)

“What good is braving all these dangers, facing loneliness, being impeccable and always behave like a warrior? I lack courage, I do not have the energy, I will never be able to hold on,” said Paule Tronne. It takes a good dose of optimism to engage consciously on the path of enlightenment, and a good dose of masochism to stay there. Many will find it easier and more enjoyable to live domesticated, castrated, recorded, wings trimmed, desires gone, the dream crumbling at the foot of the TV screen, the freedom lost deep well dug by social sites and their mirages poisoned. Great good to them, but I doubt it. Refusing to fight, to boast of cowardice, to accommodate one’s faults, to claim one’s weakness, to whine about one’s woes, another way of cultivating self-worship, in a minor way, still the music is bewitching …

Magic and the ego

In this field as in all others, my choice is on the middle way. Frequenting the extremes is not the best way to lead one’s life. It can be enjoyed as a teenager, but it is ridiculous and shocking to stay there in middle age. It gives the impression of having learned nothing, which is the case. Many teenagers of 40 brooms haunt my threshold. I love them with all my heart, since they do me the honor of their friendship and their total confidence. But I am still amazed at their immaturity. I also know many thirty-year-olds who are more responsible and mature than their elders.

Is it chance? You know very well that chance does not exist. I would be careful not to draw any conclusions. Everyone will be able to evoke, reviewing friends or colleagues, the immaturity of some and the maturity of others. Is there an age when we fall back to childhood? Does the mid-life crisis push infantile regression? Are the men of 40 tragically subjected to an authoritarian companion? Does the euphoria of the thirties bring with it a greater number of separations?

I close this parenthesis to return to my original intention. When the ego fades, the soul becomes incarnate. It’s the boss. The ego has led so far, its role is now limited since the boss takes the controls. Then there is a gap in continuity: awakening. The head, all at once, is empty of thoughts, programs, mental refrains. Now that it’s no longer the ego that drives, you feel weightless. Chance takes off his mask, one sees it as it is: a manifestation of the personal power of the awakened. Coincidences are perceived as synchronicities. The deep agreement between the conscious self and the body – another name for the unconscious – becomes a treadmill, a quiet river. We do not row again, we just keep the boat in the current. The soul is at the helm. No more worries to be made. But there is a long way to go.

If you do not understand why I’m talking about ego in an article about magic, read it again from the beginning. Magic is the unintentional practice of psi powers. These powers, these graces, are only accessible to the awake. The mind, or the ego, is the main – the only one? – obstacle to enlightenment. Running after the powers is the best way not to wake up. Awakening is a state of mind. A mental void. A total opening to the magic of the world. A continual delight that comes from the smallest things. All that happens is a pleasure, even – especially – hard knocks. Only failure grows up, success only grows ego. Only defeat brings us closer to goal.

If you can keep your head when all about you
Are losing theirs and blaming it on you,
If you can trust yourself when all men doubt you,
But make allowance for their doubting too;
If you can wait and not be tired by waiting,
Or being lied about, don’t deal in lies,
Or being hated, don’t give way to hating,
And yet don’t look too good, nor talk too wise:
If you can dream—and not make dreams your master;
If you can think—and not make thoughts your aim;
If you can meet with Triumph and Disaster
And treat those two impostors just the same;
If you can bear to hear the truth you’ve spoken
Twisted by knaves to make a trap for fools,
Or watch the things you gave your life to, broken,
And stoop and build ’em up with worn-out tools:
If you can make one heap of all your winnings
And risk it on one turn of pitch-and-toss,
And lose, and start again at your beginnings
And never breathe a word about your loss;
If you can force your heart and nerve and sinew
To serve your turn long after they are gone,
And so hold on when there is nothing in you
Except the Will which says to them: ‘Hold on!’
If you can talk with crowds and keep your virtue,
Or walk with Kings—nor lose the common touch,
If neither foes nor loving friends can hurt you,
If all men count with you, but none too much;
If you can fill the unforgiving minute
With sixty seconds’ worth of distance run,
Yours is the Earth and everything that’s in it,
And—which is more—you’ll be a Man, my son! 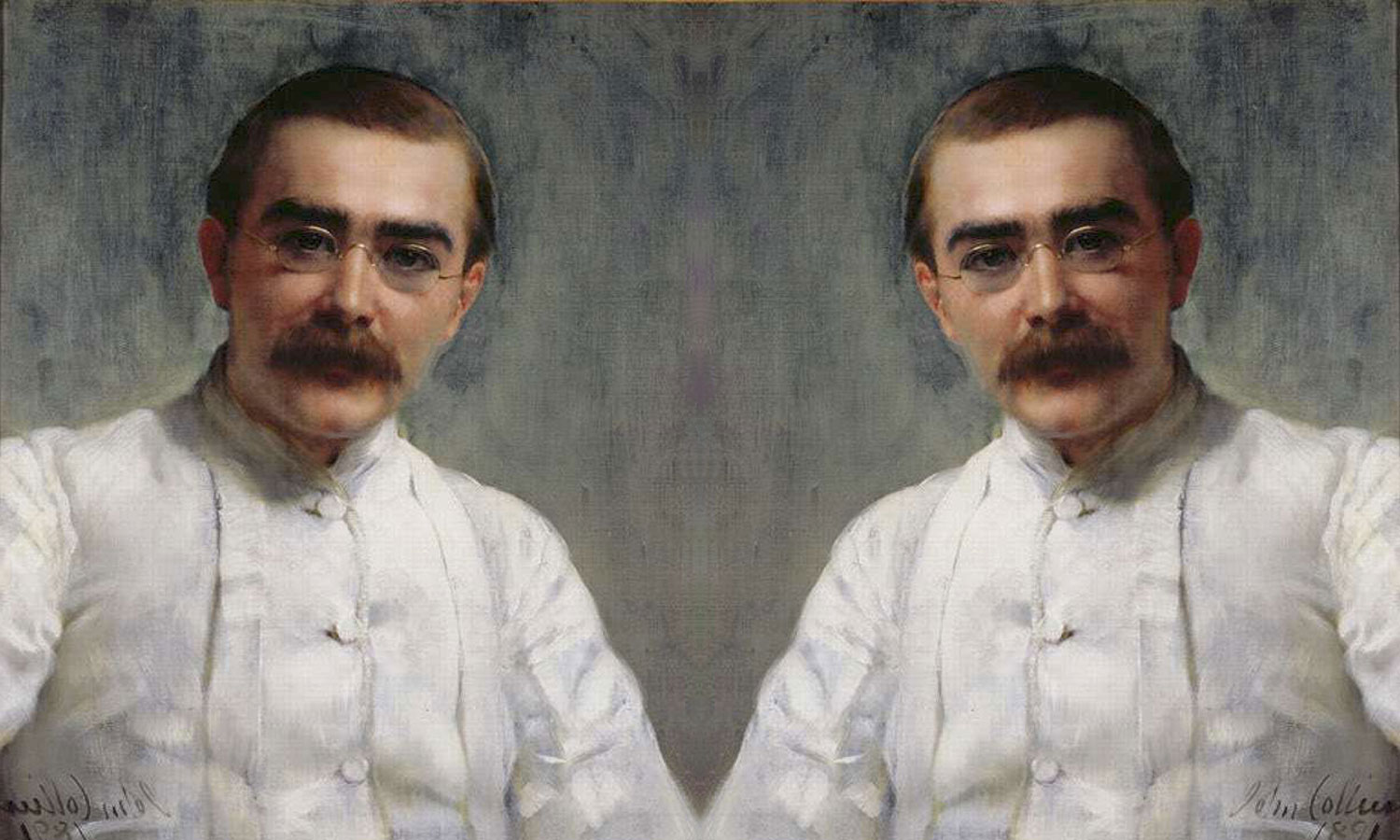 Why taking life seriously, since in any case, we never get out alive?