Dear readers, I know how impatiently you are waiting for the continuation of Enoch’s Saga. I’m like you. I’m stamping it.  I could do a whim. Yes, I too am burning to know. It surprises you ? This story I did not bring back from the Akasha. I live it right now, on another plane of reality. When I write it, it comes back to me, I remember it. And that’s good for me, believe it. It pulls me by the belly.

Last time you saw me I was taking a few steps in the Multifold. Sometimes I need to take some distance. Enoch is tiresome with his shisha, his friend the Knight Templar makes me allergic. I just forgot a detail. When one takes three steps in the Multifold, one inevitably jumps three folds, so one shifts three universes, like the devil in Kalamazoo. Banco! I ended up Satan knows where. At the bottom of some dark hole. I didn’t see a thing – was it a black hole? No time to savor my valve: a door opens, flood of light and music, hubbub of a social evening. A heavy silhouette frames against the light. A famous voice rises up annoying me: “Come in, young padawan!

You guessed.  Jacques the Templar stands by me, having a party with friends. Young, I am still, I must be 7 or 8, maybe a little more. I stopped rejuvenating, I’m blessed. I look in vain for Enoch among this upper crust: bishops, druids, lawyers, all this gentry wriggling under the long dresses, teased by ladies who do not wear any.dress. They come out of the bath, I suppose, because they do not have more age to get out of their mother’s womb. Ah? I see a big fat tonsured that is garbed! I fear the worst … Jacques too. Moved by pity, he opens a low door to spare me, no doubt, the painful scene that will follow. I am engulfed in a kind of boudoir: two armchairs, coffee table and canopy bed. A bed ??

– Confessional for the ladies, Jacques slides me with a complicit wink. I am disgusted. Help Enoch! The grand master is a big pig. I drop into an armchair. At the end of my life. It opens with care a vintage Dom Pérignon 2000.

– In your honor, kid! This wonder comes from your time. A gorgeous delight!
Indeed, it’s bomb. An intense dress, between straw and lemon. A nose of jasmine, stewed apples, cinnamon and ginger curd. In the mouth, a concentrate of honey and nuts, hot apple pie and spices. Very long finish. Celestial effect. Monastic quality. 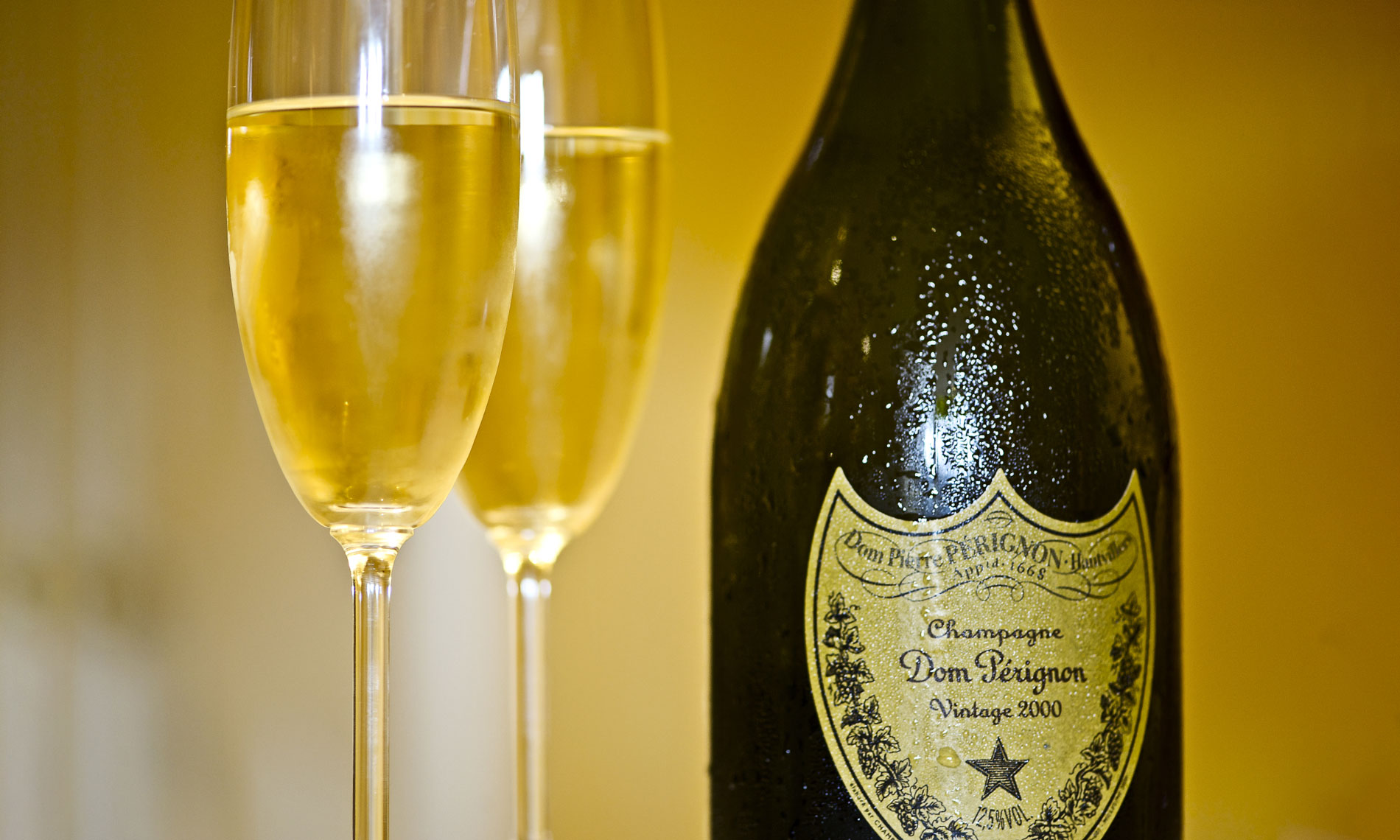 – I have thirty cases aside for emergencies. And it is one. Where did I stuff my shisha?
No ?? He smoke that shit too? Actually the beard calls the shisha! He reads my thoughts, he explains that shisha is an acquired taste. In the Holy Land where Christ the Pope sent him to fight he did acquire this habit. The Saracens wanted to keep Judaea, a Roman province for centuries. Rome roared. Constantine added. The ghost of Charlemagne shook the old walls of Aachen. And the poor knights rushed to the Moors. The Order of the Temple was born for this holy mission, and from its origin all its members are required to perform the holy pilgrimage fighting and breakup Mahometans. By the grace of the pilgrimage to Mecca, Mahometans will become Hajj. By the grace of the pilgrimage to Holy Land, the Templars will go round the bend.

– I have a lot of friends there … (nostalgia) They taught me their hemp, I showed them our fine wines. Allah forgive, God bless! Such was our cry in shocking pints, smoking shit shisha.

He is even worse in private. “Yes, uh, I saidand Father Enoch, did not he come?
-You should know it. You took three steps like an idiot. Enoch stayed there. In your world.

That’s right, I should not have. But that does not prevent me from starting again. I got up. I took three steps. Another horizon has opened, surreal. A kind of jungle where tiny woolly dinosaurs replace naked women. Jacques is still here! In front of me, two large menhirs form a door. I passed the threshold, I took two steps. The next will happen to me.

Alignments of menhirs as far as the eye can see. Enoch, my old friend, my accomplice, where are you hiding?
“Certainly not here, I’m afraid,” said the other spot on the red cross.
He is everywhere, this puppet in white. Impossible to get rid of him. Hey? He no longer wears the cross? Instead, he gets a green crescent!
– When traveling, you have to adapt. In Rome, do what the Romans do.
Shame on him!

He spits in the dust and adds in a whisper:
– And here, we do like the bearded ones.
I have about thirty behind him. All look at me, shaggy and hostile. Not tibular, but almost. New change in the pace of my forced companion. He is thirty years younger. With a jet black beard, shiny hair on his head, he wears a battle-dress and leans on an AK 47 as a cane. “Don’t worry,” he said, “my kalash is not loaded.”

His, no. But that of others? The hirsute bastards are all bristling with loaders and machine guns. But I don’t care. A tenacious uncertainty grips me. Feeling helpless. This old transformist in white robe won’t let go, I’m sad to say. Wherever I go, there he is before me. Thundering Jove! I miss Enoch, I miss my familiar horizon, I miss my house while my dear studies are at a standstill. Holy shit! I spent the age of clowning in improbable sidings. I want to regain control of my fate and my movements. And then I want to find Enoch.
– Old Enoch is never far away, kid. Seek in you. 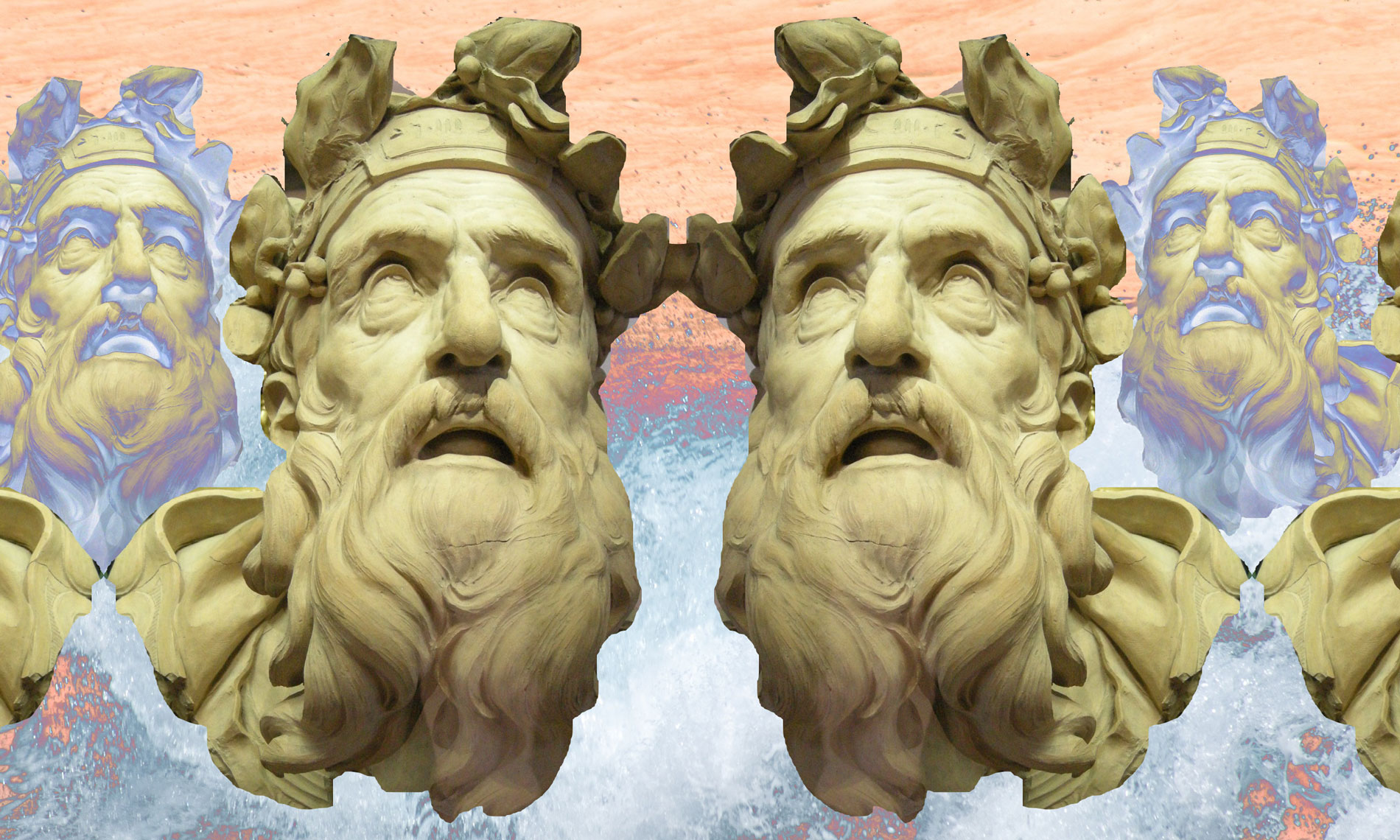 I sit in the dust, hands tied behind my back. A smelly bandage hides my eyes, but I can see the scene as if the bandage didn’t exist. Five or six terrors are about to ziggle in the name of Allah who does not care. The oldest is hardly 20. They will not kill a child, will they?! Oh yes, they will! Now that I need him, Jacques de Molay has disappeared. He can’t be found. One of the terrorists is coming to me. A grin of hatred distorts his dirty features. He takes out a long, curved cutlass. I’m dead!!

Pray? But who ? The gods are deaf. They are busy elsewhere. I’ld like the same for me! At the moment the blade falls on my neck, I see a head rolling. A head that is not mine. Enoch the indomitable is beheading the whole band of happy fellows with big scimitar strokes. The Kalashnikovs were not loaded, so much the better. Enoch in a new role to his measure: Deus ex machina! Goddess bless! I saw myself dead, he saves me in extremis from the extremists! I start laughing, it’s nervous. My head’s full of bad jokes. Scimitar for the cemetery. Or: Enoch knock knocking at the heaven’s door. Sorry! For a moment, for a short while, I am myself. I get relaxed. When I open my eyes, the nightmare takes over.

They are all dead. But I’m not saved either. My savior did not let go of his blade. What’s in his old foolish mind? One last stroke of scimitar and I’m dead! He waves his blade over his killer’s head. Oh no the bastard. My links are cut. Enoch catches me by the collar and propels me on my flailing legs.
– Get off, buddy. They will get there in numbers, like locusts. We have an interest in flying fast. You know how to fly a helicopter?