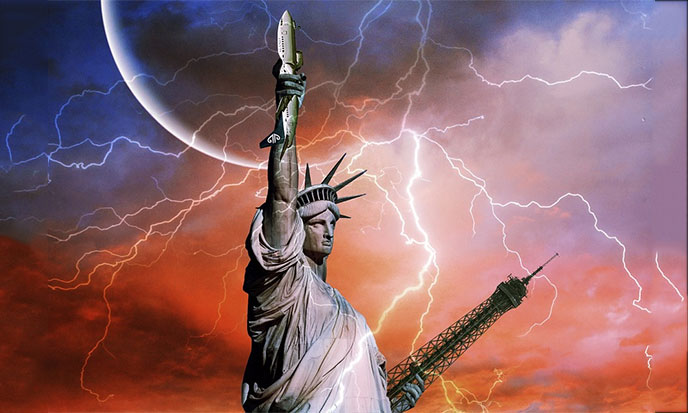 The Atlanteans had control of lightning and vril, atmospheric energy and subtle energy, they were picking in lightning plants. Thunder energy was their ally, but lightning was for them much more than the electric current.

Thus, the Atlanteans were consuming lightning in a triple goal: spiritual, physical, mechanical – according to their sacred principle, the trinity in all things.

Spiritual goal: ball lightning was received in dedicated temples, rooms of the pyramids or dolmen initiation rooms, it offered the awakening of paranormal powers.

Physical goal: the lightning made throb the drinking -or vegetable- waters and boosted them into natural nitrates.

Mechanical goal: the electromagnetic energy made work machines comparable to ours. The difficulty was to provoke at will the valuable atmospheric discharge. We’ll see how they did it, thanks to a remarkable water control. 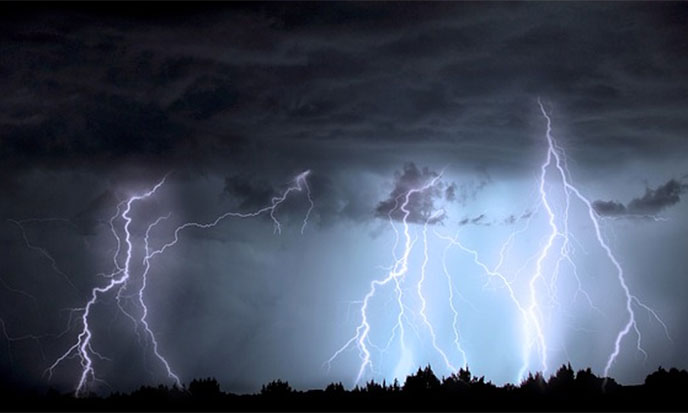 Every moment in the world, there are some 2,000 thunderstorms simultaneously. That represents a total of 300 flashes of lightning per second. A lightning is a discharge of 20 million volts and a temperature of 27,000 °C, therefore hotter than the surface of the sun. As there are about 300 of them per second, the energy of lightning has a global energy potential of 6 billion volts per second. What makes 6,000 megawatts. The equivalent of 3600 big nuclear power plant with neither any risk nor any radioactive waste, what’s much safer.

In their lightning power plants, the Atlantean engineers were producing huge amounts of energy, probably hundreds of megawatts of lightning. But only a small part of this energy served the needs in spirit, in industry and agriculture. What did they do with their surplus? Did they store the Vril? If we produce electricity by many ways, we still have not satisfactory resolved the problem of storage. With fulguro-electricity, the Atlanteans had circumvented this problem. They did not care to store the energy produced, they overproduced. And the surplus fertilized the soils with lightning nitrates. Regularly, the engineers were triggering a rain of lightnings, that they burst into balls to direct their stream through power lines of the type megalithic alignments or pipelines. And all the electricity that was not converted into mechanical energy went back to the farmland that it fertilized by its nitrate supplies. Their know-how? Attracting lightning through waterways. Building on water antennas or lightning sensors.

Maintaining -by electric means or through vril energy- the opposite polarity to that of the upper atmosphere, so that constantly lightning is attracted by the sensor. The capstone surmounting the pyramids is a good example of a sensor. Please keep in mind that the pyramids of Giza, the three great pyramids of Egypt, were surrounded by a pool. The pyramids of Teotihuacan were too. Atlantean engineers would reverse the sensor polarity with a sound they produce, to trigger a storm of lightning. The flashes were split into balls of lightning whose flow was running along power lines:  polarized megaliths alignments or pipes with running water.

As I said, all the lightning power was not converted into mechanical energy. The surplus was given to the fields as a natural fertilizer. Finally, for them, the storage was in heaven. In the heart of the clouds that produce lightning. They only had to utter a sound, a F sharp probably. Not just any sound, nor with any instrument. and the Sun Gate or a sensor of the same type attracted the wrath of heaven. For those who find this statement unrealistic, we should point out the exciting work of Nikola Tesla on atmospheric energy and capacitors transformers. 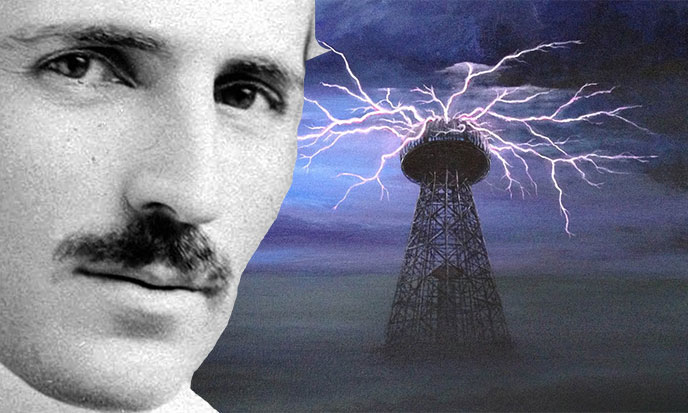 The most impressive finding of Tesla, from my point of view, is wireless electric transmission. Through this technics, energy could reach any point on the globe, and anybody anywhere could use it at will. We can imagine what paradise could have been this world ifever … But forget it. This prodigious discovery was unfortunately discredited, abandonned and forgotten, for one single reason. Not because it was dangerous, hazardous, difficult to realize, too expensive, unrealistic, or reason of the kind. No, it was abandonned because it is free …

Yet tens of pyramids of Tesla would be enough to produce power in a clean, inexhaustible way. And safe for the environment because lightning strikes anyway. What do we expect to become gods again?