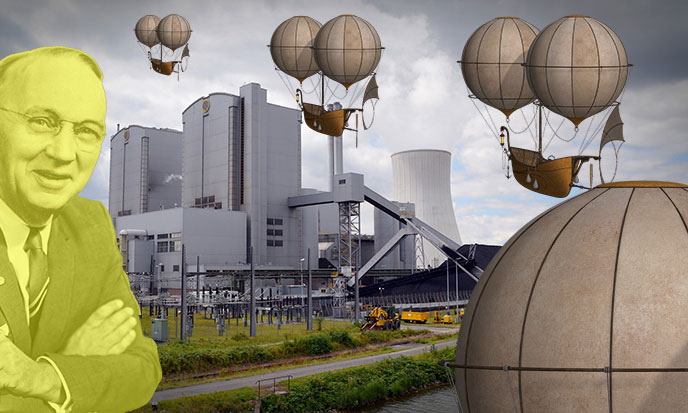 Before the flood, UFOs already hovered above the surface of waters. But also more basic planes… “13,000 years ago,” says Edgar Cayce, “ultrafast flying machines crisscrossed the skies over Europe. They were made of wicker, linen cloth and bark.”

Beside them, the biplanes and monoplanes of the pioneers of Aeropostale would look like sophisticated gears. In total discordance with the aeronautical laws, however, the Atlantean gears were flying at much higher speeds to those of our modern machines.

That was possible thanks to a forgotten principle, that of the energy lines, or lines of force. The pilot only had to plug in one of these lines, and aspirated by the force his flying gear was irresistibly led to its destination.

Yet the planets behave like a magnet. Inexhaustible sources, they generate waves of force, Vril energy or geo- energy.We know it in fragmented form, which we call electricity, magnetism, gravitation, gravity, Power of Spirit, Eternal Thunder, etc… 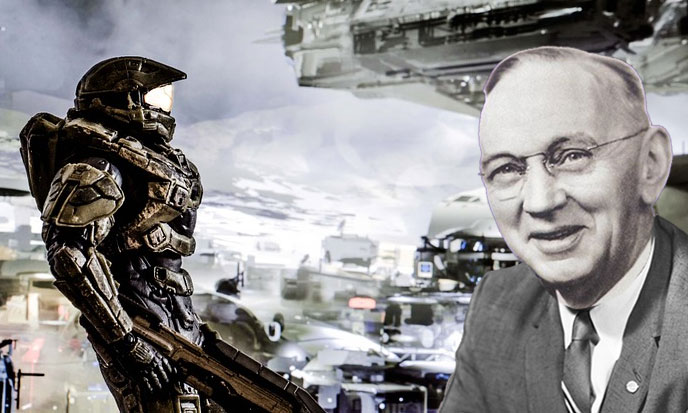 Moreover, as the magnet, the planets are polarized: the north pole, from where start the lines of force, is positive, and the south pole is negative.

The Atlantean gears moved at breakneck speed We can even imagine that they could exceed that of light, that is 188,000 miles per second. Another statement inadmissible for our physicists, since the speed of light is the absolute speed, totally impassable.

Would the laws of astrophysics have changed since then? Of course not. That’s the point of view that has changed. Let’s say that modern man no longer interested in the same physical laws that the Atlantean.

“On the Atlantean land, when were created these driving forces that could move people in various parts of the country and to foreign lands, the consultantRemember that Cayce was a clairvoyant healer. The man he calls the consultant is simply a patient who found again a past life in Atlantis. was known, a popular sailor…”

Edgar Cayce said in his peculiar language, “the creation of these driving forces” means the terrestrial lines of force we just talk about. A phenomenon that the Atlanteans strengthened by straightening the Earth’s axis.

The author continues his vision: “In Atlantis, when people understood the laws of universal forces, the consultant could send messages through space to other countries, and guided the ships and aircrafts of that time…” (Source)Edgar Cayce’s Universe, by Dorothée Koechlin de Bizemont

Again, we feel that Cayce -brave rural guy from US midwest- is struggling to explain what he sees. To understand “the laws of universal forces” means to control the geo-energy or energy Vril, as some prefer to call it.

Everyone was using lines of force to move around the globe… and even beyond. Their flying techniques can seem closer to shamanism that to modern astronautics, but they worked very well.

And without any waste of fossil fuel! In his pompous style, Edgar Cayce continues: “The land of Atlantis experienced a great expansion of means and ways to implement to the needs and comfort of its people the invented devices, like this air ship which also sailed through other elements … “

How could work this “ship of the air”? And what does the famous clairvoyant mean when he speaks of “other elements”? The answer is in the Mahabharata. Rama’s Empire was threatened by invaders, the Asvins, who had a more advanced technology. In my opinion, these Asvins are the Atlanteans. 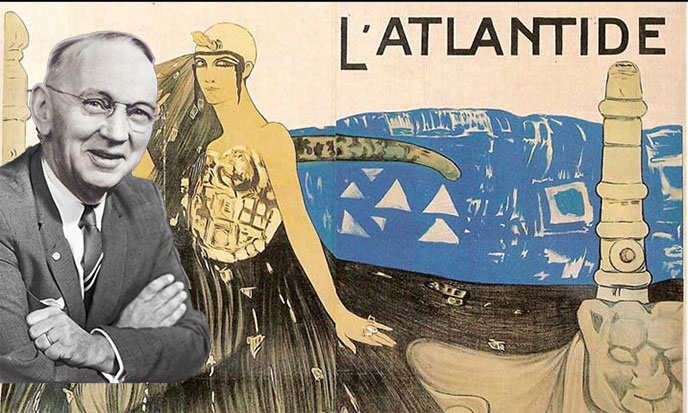 They used their own flying machines called Vailixis. Spindle-shaped, with the form of a cigar, these devices could operate in water as in air, unlike the vimanas of the Ramas.