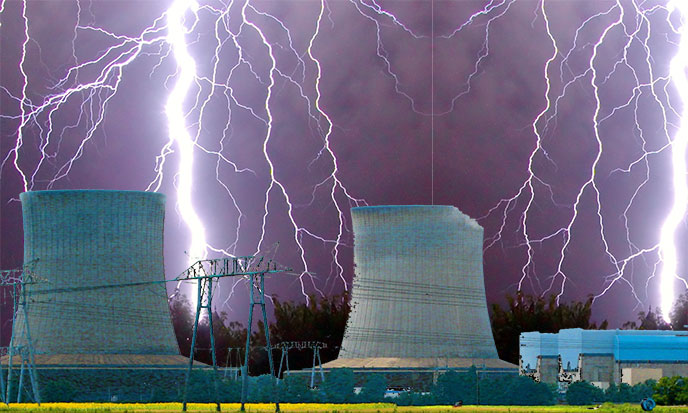 Whatever the time was, the human activity could not do without energy resources. In some ways, the history of energy is a shortcut to the history of mankind.

Over the ages, the different civilizations have used various sources of energy: before renewable energies, before nuclear power, before oil, our known ancestors have used hydro-electricity, coal, animal -or human- energy.

Watching backward sometimes gives a feeling of progress. To change from donkey to nuclear power seems to be one. But if we look much further back, the impression of progress fades. The modern man feels little in front of his Technofathers. Thus the Atlanteans used different types of energy we could noit even figure out. For instance, they used the inexhaustible energy of lightning: they produced energy in their lightning plants like Areva produces it today in its nuclear plants. The parallel may be shocking, because we have difficulty to imagine that such an ancient civilization can be technological.

However, during several millennia, the Atlanteans have developed a brilliant civilization, far superior to our in many ways.

Of course, there is something surprising about. We may assume that their civilization was more advanced on the spiritual plane, for example. We may believe that they have possessed an unknown control over their environment, thanks to some powers that we have lost.

That is true, but there is not only that. The superiority of the Ancients also extended to the field of technology and energy. Because unlike the radioactive atom or other fossil fuels, that of the lightning is 100% clean, 100% renewable… The Atlanteans had a perfect mastery of gravitology and electromagnetism. Indeed, as their multiple activities demanded enormous amounts of energy, they produced Vril energy in lightning power plants. The principle is simple: a sensor attracts the lightning; a spark gap crumbles it into balls; then conductive lines, metallic or not, carry the balls to the places of consumption.

So they can use this energy in different ways, aiming to different purposes, as we will see later on. 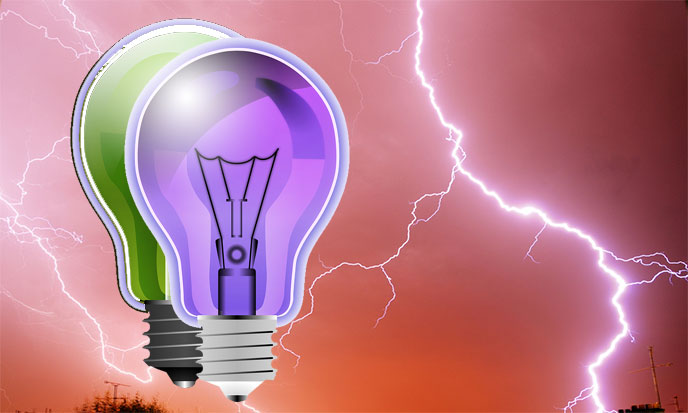 Therefore the lightning plants consisted in three main machines:
1 – an antenna or sensor that attracts the lightning. For example the polymetallic pyramidal piece that crowned the tops of the pyramids. They had to create a negative polarity in the sensor, through several techniques megaliths with alternate polarity, piping systemsPlease note that water, enriched by the lightning natural nitrates, was used next to irrigation., capacitors, etc… The effectiveness of their antennae allowed the Atlanteans not to depend on storms, but to attract them.

2 – A spark gap that converts the flash into a lightning ball. Like that, lightning is much less dangerous for life. Under this “magical” form, lightning became an instrument of enlightenment for the Atlanteans. They were receiving a “baptism by the fire from heaven” in dedicated temples, such as the King’s Chamber in the Great Pyramid of Giza or the West Kennet long barrow on the site of Avebury. These points will be more fully described in the following pages.

3 – A system of conductive lines that carries energy to the places of consumption: the alignments of standing stones that once covered all of Western Europe.

Instead of standing stones, pipes have been used, sometimes underground. We often found very complex irrigation systems that these great men had developed. So far, the archaeologists have not understood the function of the pipes in the basement of Teotihuacan or elsewhere.

Facing this enigma, a very ancient water control, they contented themselves with calling these people “hydraulic civilizations” before closing the file. As far as I am concerned, research must go on.