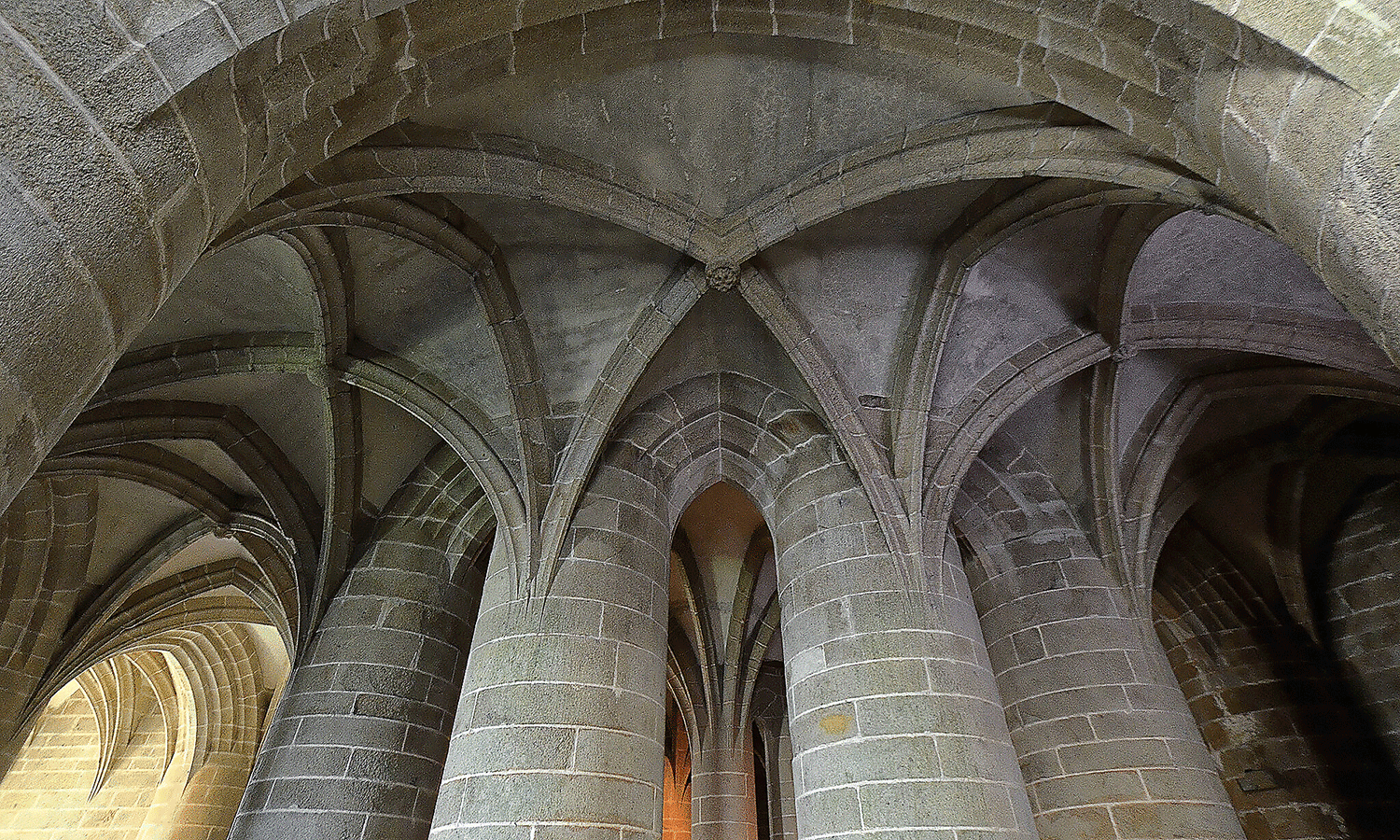 Far from lying history textbooks, your favorite site continues its exploration of an unknown past. Gothic art, Romanesque art. In this opposition -which is not limited to architecture- filigree reads all the medieval mystery.

Cathedrals were first Romanesque then Gothic, history textbooks told. It was long believed that these two ways of building had followed over the centuries. We now know that is not so. The Romanesques and Gothics have often worked on the same projects. Just as we have seen, they do not have the same specialties.

Apart few minor differences, the two orders of builders cultivated the same art, the art of building with living stones, ie stones that correctly transmit energy. This ancient tradition –dating back to the Cyclopean builders– seems to resurface in the 11th century Europe … 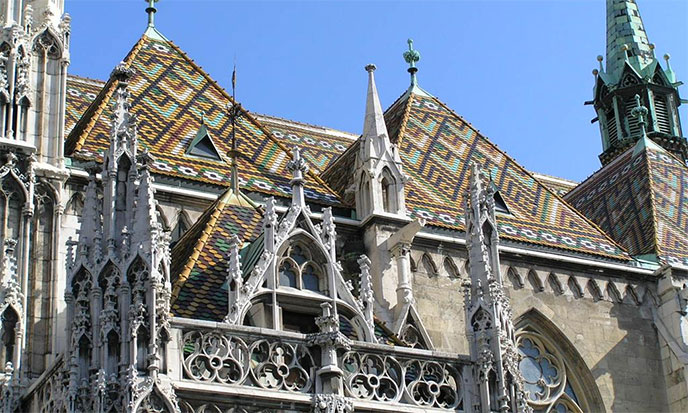 Gothic art says Fulcanelli, where the Compagnons du Devoir have called each other the Goslings, ie the children of Mother Goose. So they spoke, not the language of birdsFrench: langue des oiseaux as is often said, but the language of goslings,French: langue des oisons, very similar to the word: oiseau also called green tongue, which became the slangFrench: art gothique became argotique then argot, i.e. slang

With the Romans , they have developed throughout medieval Europe this fabulous skills which still bears witness thousands of religious buildings – all showing the same know-how in energy management.

For the uninitiated, these places are soothing, toning. They help meditation, they help the inner life to develop harmoniously. For the Christian, these places are “praying”: they help to prayer and promote face to face with Jesus. For the light researcher, the shaman or the geobiologist, these monuments are rid of all cosmo-telluric harmfulness through carefully chosen places where they were built, and especially thanks to their construction: building with living stones. All without exception.

Note this construction technique is characteristic of High Middle Ages. Before the tenth century, there is no trace. The Merovingians and Carolingians left us some buildings, none has the vibratory rate of the smallest Romanesque chapel. Before them, the Romans have left temples, eventually ruined – all sacred buildings constructed in a profane way, that do not vibrate. After the fourteenth century, the long tunnel of the Hundred Years War interrupted any hint of sacred building. 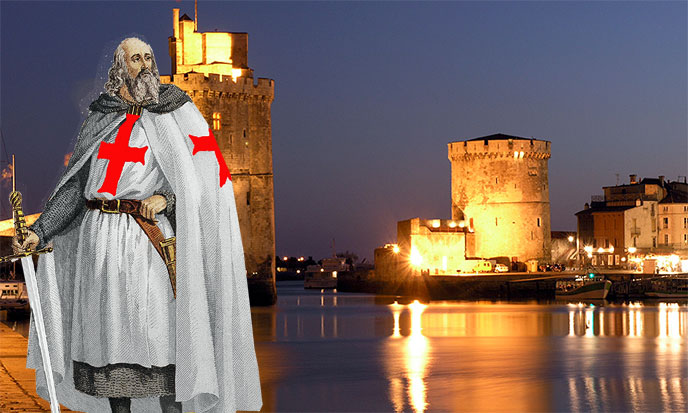 The Renaissance brought fine Italian architecture, but strictly profane. The art of the sacred building has disappeared with its sponsors the Templars. What’s surprising? It has appeared with them too … The spring of cathedrals coincides with the Knights Templar. Everything happens as if a long interruption had broken the course of history, as would an episode of barbarism for example. First there was Rome, this all-powerful empire that never ceases to decline, and then … nothing.

Nothingness until the cathedrals. After a long hiatus, everything seems to take its course, just like in the good old days of Imperial Rome, with a novelty: the Gothic as well as the Romanesque builders mastered a new technique, unknown before them: the art of the sacred building. In fact, it is not a discovery, but a resurgence. The sacred art of the builders originates in our distant roots, the more ancient and more Western than the Celts themselves, among the first masters of Ireland, the Tuatha de Danann, that were of Elves, not men. Elves … or Cyclops.

Coincidentally, most of the cathedrals foremen were Irish. They got the lightning power of the megaliths. Through them, the descent has been passed, a contact was renewed. Romanesque, Gothic, they look like two ways to two empires, Roman both. An empire headed by the Pope in Rome, and another, the Holy Roman Empire, based in Aachen. To which should be added a third, the Roman Empire of the East, whose emperor reigns at Constantinople, now Istanbul.

Although implausible, fiction speaks. The subjects of the Pope have created Romanesque art, the subjects of Charlemagne, Gothic art. All this is pure conjecture though, because I have to twist time and chronologies a bit, I am aware of the fact.

Whatever their language, Gothics and Romanesques got along wonderfully to preserve the megalithic temples built by the same skills as their own, and whose cult was maintained by the Irish – but fought by Charlemagne who ordered to destroy all of them. Many, due to laziness or faith, were spared. And the Old Religion resisted in secret. 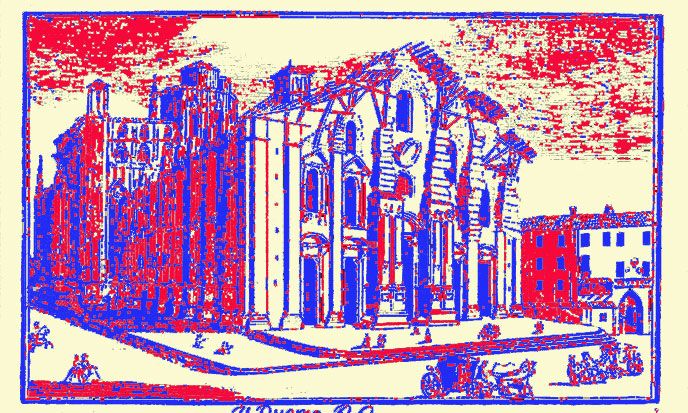 When so many dolmens were destroyed by order of Charlemagne for the triumph of christianism, the most sacred dolmens were carefully preserved under the cathedral’s crypts. Around the world, religious buildings were systematically rebuilt on the ruins of a former temple, regardless of religion. It is not blind imitation. Sacred places are obvious to the sensitive of all time. The clairvoyants can perceive the aura of people and places and then choose suitable places. Sorcerers feel with their whole body.

Today, geobiologists have manufactured instruments to measure this subtle energy. Thus we are able to fix the place for a house to be built, in order to avoid future inconveniences.

In the Middle Ages, the human race has created and thaught nothing important but written in stone. (Victor Hugo)

Geobiology was my great passion. I got some disconcerting results, which I still try to believe without believing. The temptation is great to follow in the footsteps of the miracle and make an inexplicable practice the object of a cult. Thus were made the religions, poisons for the soul, camisoles for the spirit. If faith is necessary, it is never sufficient.