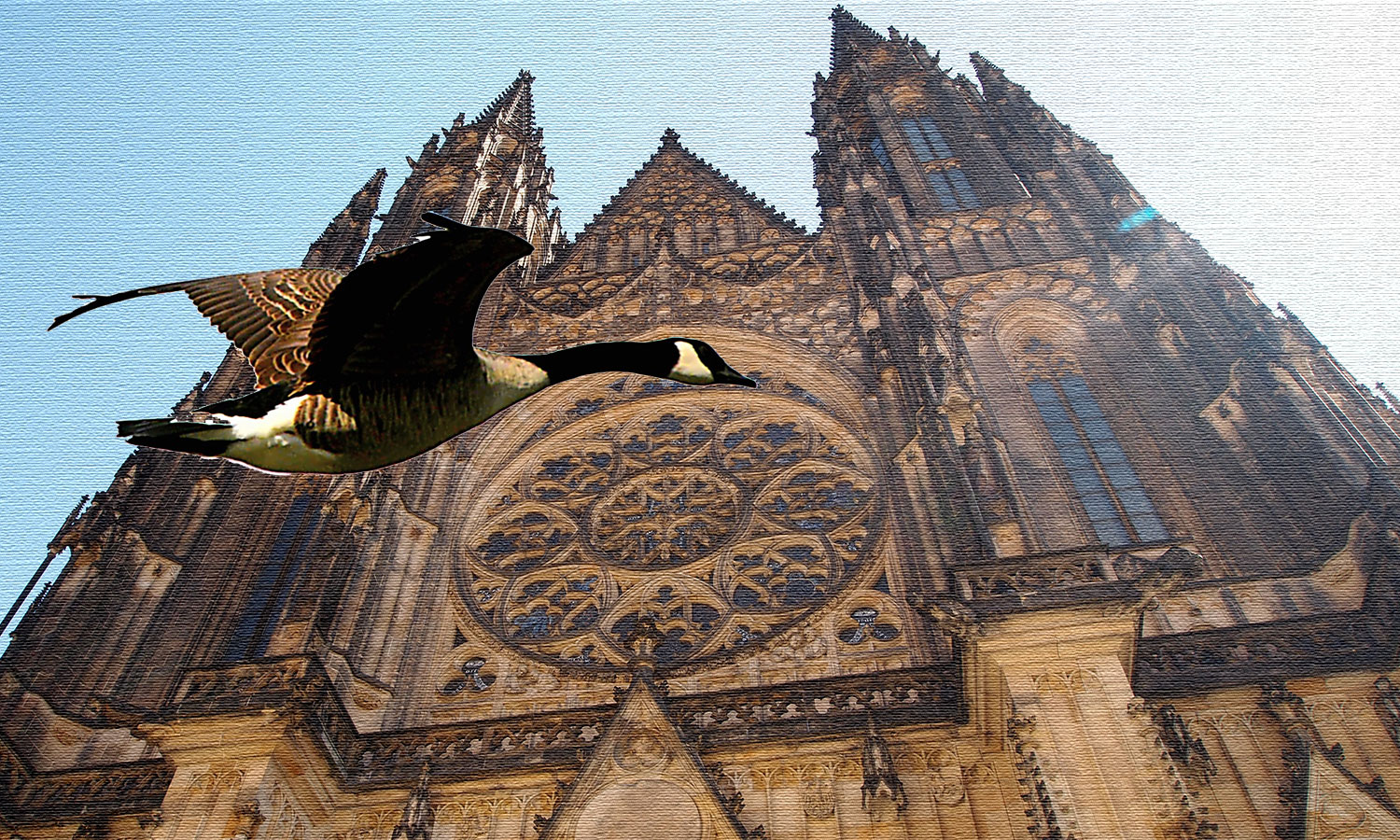 The art of Gothic cathedrals, at the turn of the High Middle Ages, burst into a setting that does not look like him. The Gallo-Roman baths, the pagan temples of Gaul, the Merovingian crypts and Carolingian churches have nothing to do, nothing to hear, nothing to feel with the medieval cathedrals.

Not only more complex, more slender, more ornate, more elaborate in greater proportions, the cathedrals have a master trump: the vibratory excellence contained under the vault, in the nave of stone. But let’s start at the beginning: the layman leads to the sacred.

“The stone language spoken by this new art is both clear and sublime, so it speaks to the souls of the most humble and the most cultured, what a pathetic language is the Gothic of stones! in fact, the songs of an Orlande by Lassus or a Palestrina, the organ works of a Handel or Frescobaldi, the orchestration of a Beethoven or a Cherubini, and, which is greater than all that, the simple and severe Gregorian chant, the only true song perhaps, only add to the emotions that the cathedral causes by itself. “Woe to those who do not like architecture Gothic, or at least let’s complain about them as disinherited from the heart.” (source)J. F. Colfs, La Filiation généalogique de toutes les écoles gothiques, Paris, Baudry, 1884

Fulcanelli, the illustrious Fulcanelli of whom so little is known, who knew so much, was touched forever in his youth by the discovery of these medieval marvels. Esoterist, cabbalist, hermetist and first alchemist, the mysterious Fulcanelli did not feel quite the energy in the modern way of geobiologists, he has however sensed. The Gothic cathedral, its ineffable splendors, its secrets and its many ancient rituals were his area of ​​excellence. Who better than him to portray it?

“Sanctuary of Tradition, Science and Art, the Gothic cathedral should not be regarded as a work only dedicated to the glory of Christianity, but rather as a vast concretion of ideas, trends, popular faith, a perfect whole to which one can refer without fear, as soon as it is a question of penetrating the thought of the ancestors, in any field whatsoever: religious, secular, philosophical or social. The bold vaults, the nobility of the vessels, the scale of the proportions and the beauty of the execution make the cathedral an original work, of incomparable harmony, but that the exercise of the worship does not seem to occupy all of it.

If the recollection, under the spectral and polychrome light of the high windows, if the silence invites to the prayer, predispose to the meditation, on the other hand the apparatus, the structure, the ornamentation release and reflect, in their extraordinary power, sensations less edifying, a more secular spirit and, let’s say the word, almost pagan. We can discern, in addition to the ardent inspiration born of a robust faith, the thousand preoccupations of the great popular soul, the affirmation of its conscience, of its own will, the image of its thought in what it has. complex, abstract, essential, sovereign.” (source)

Here Fulcanelli could have developed, if he could have felt that beyond – or below? – the prayer and the meditation, there is this telluric vibration which grows up to us, which pushes us towards the vault, towards the summit of our being, there are these scalar waves, multiplied by the polarized stones, forming the crucible where the fusion between being and his soul takes place. He could have described the purely physical effects of the vault, whose role is to bewitch, and the nave of stones with alternating polarities, which creates on the body and its energy a stimulating effect, and gives an elevation which is not not due to faith, profane or sacred, Catholic or pagan. The elevation comes directly from the intention of the sacred builders, the Middle Ages companions, the children of Mother Goose and their language of Goslings.

“If one comes to the building to attend the divine services, if one enters after the funeral convoys or among the happy cortege of the carillon fests, it is also pressed in many other circumstances. Political assemblies are held under the presidency of the bishop; the price of grain and cattle is discussed; the draperies fix the course of the stuffs there; we go there to seek solace, solicit counsel, implore forgiveness. And there is hardly any corporation that does not bless the masterpiece of the new companion and does not meet there, once a year, under the protection of their patron saint.

Other ceremonies, very attractive to the crowd, remained there during the beautiful medieval period. It was the Feast of Fools, or Sages, a hermetic processional fair, which started from the church with its pope, its dignitaries, its fervents, its people, the mediaeval people, noisy, mischievous, facetious, overflowing of vitality, enthusiasm, and ardor-and was spreading in the city … A hilarious satire of an ignorant clergy, submissive to the authority of disguised Science, crushed under the weight of indisputable superiority.

Ah! The Feast of the Fools, with its chariot of the Triumph of Bacchus, dragged by a centaur and a centauress, naked as the god himself, accompanied by the great Pan; obscene carnival taking possession of the ogival naves! Nymphs and naiads coming out of the bath, gods of Olympus, without clouds and without tutu: Juno, Diana, Venus, Latona meeting at the cathedral to hear mass! Composed by the initiate Pierre de Corbeil, archbishop of Sens, according to a pagan ritual and where the flocks of the year 1220 pushed the cry of joy of the bacchanals: Evohé! Evohé! And the escholiers raved about it: This day is famous among the famous days! This day is a day of celebration among the holidays!” (source)

Did Fulcanelli also travel on the timeline? One could believe it, so much its description feels the lived experience. Yet, despite his delusions often debatable, pulled by the hair he does not address the energetic aspect. He turns around and leaves us at the door, at the great portal of the sacred mystery. However, he feels it, he evokes it almost, at the last moment he seems to give it up to describe, with what truculence, the delirium of a crowd where everyone burst, carried by a ritual that owes nothing to Christ Jesus, neither to Mary nor to Good God, the great absent, who leaves his competitors and predecessors, the pagan gods, to rob him for one day the star and adoration of the faithful.

It is as if the real power of awakening concentrated in the Gothic cathedrals and their Romanesque crypts had flourished only very recently. I can even date this outbreak: early 1980s. Like AIDS. A report will be sought in vain, except that a great evil is often given at the same time as a great good. Both are neither perceived nor received by all. But they assert themselves and make a stain of oil, without remedy, without respite. The meanders of healing and the mysteries of scalar waves, both closely related to the energy of cathedrals and megaliths – it’s the same – will they be able to overcome this disease that looks like a fatal fate?

He who conquers himself is the most valiant of warriors.