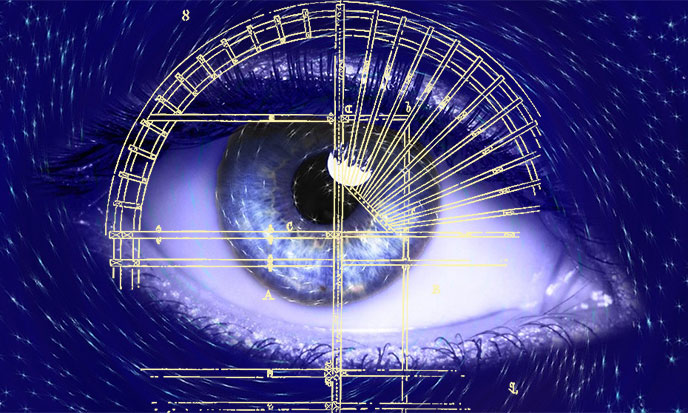 The art of line is the sum of geometric and physical knowledge to design and assemble frames. It is also the base of sacred knowledge which builds under the laws of the geo-energy, vril and wouivre.

Wikipedia will tell you this: “The art of the line is a traditional way to trace and connect timber.” Eugène Viollet-le-Duc, in the article: Line (art of) of the Dictionary of French architecture from the eleventh to the sixteenth century, says that the line of carpentry was developed by the masters and journeymen carpenters in the late twelfth century, on large sites in France, along with stereotomy, which is related to the art of stone, and was invented by the fitters, master stonemasons. 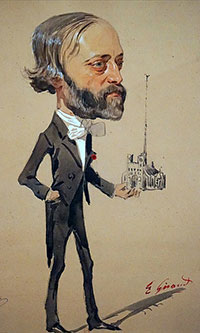 Contrary to the assertions of Viollet-le-Duc, the art of line – as well as the stereotomy – was not invented in the Middle Ages. Long-barrows – such as the dolmen de la Roche aux Fees in Ille et Villaine or West Kennet Long Barrow in Wiltshire- energy circulates exactly as in the Romanesque churches: there are the narthex, the nave and side or radiating chapels, as in Gothic churches. How can this expertise resurface in Europe millennia later, in the Middle Ages? Probably because it was never lost. It was long the preserve of the Jacques or bigots, as a secret knowledge passed down from grandfather to grand-son.

The Jacques were the masters of the assembly of wood, they knew how to achieve the strongest frames by choosing the best species and by cutting the best beams. They also knew – and most importantly – how to cut various stones, they mastered the secret magic of polarities and the subtle art of assembly. For them, masonry is not limited to stack blocks or pouring concrete, like today.

It was chiefly how to make the stones singing and waqltzing with energy like docile conductive, how to know the matching stones or the fighting ones, how to pull their secret essence and deploy their energy.

The stones will sing into the hands of those who know the deal. The children of Master Jacques carefully transmitted this knowledge throughout the centuries, perhaps millennia. If this is indeed a special technique for design and assembly, it is also a more ancient still affecting the transmission of the Geo-Energy. To fully understand the language of goslings, language of ganders, the beautiful green tongue of children of Master Jacques, you must have a sensitive ear to the tales of Mother Goose. The word “trait”line has many meanings in our language, and it was not chosen by chance – especially since chance -as everyone knows- does not exist.

Line – in French “trait” – is an old French word for arrow: it is the first arrow shot at a target, living or not. This is the art of targeting and reaching a goal.

In religious architecture, the line/arrow is indeed received by the neophyte when he comes into contact with the energies of arches and stacks. The pillar/battery,in French pile also means pillar is constituted by a stack of alternating polarity stones, in order to transmit vril energy. Sometimes, as in the choir of church Saint Pierre de Montmartre in Paris, pillars are monolithic, ie. consisting of a single stone. Rules of alternating polarity, in this particular case, will meet with the base and capital so the energy transmission will work.

The linein French: trait is also the action of drag, draw to oneself. Draft animalsin French: animaux de trait are those who pull the carts. The Art of Jacques respect, it is also the art of drawing their finest stones harmonics.

Is to draw up the congregation with the arching, effect induced by the shape of the stones, and their conductivity carefully restored by the builder sacred. As the horse carries a heavy load, the nave carries the delighted Assembly up to heaven. This is the purpose of the art of line:in French: trait no matter religious creed, any sensitive person may experience serenity and inner joy by his mere presence in the nave. 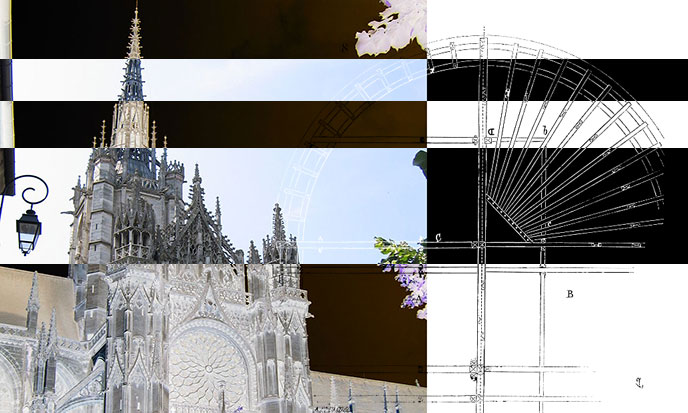 Here are some examples of the good use of gosling language – and not birds language as we have written too. Wish they allowed you to penetrate the mysteries of the sacred building.

There are many methods to capture these ancient techniques. I know a few. Many of you will have a chance to learn one somehow. Others already know that, deep in their subconscious. To them, I wish good luck. The coming world is in great need of their talents.