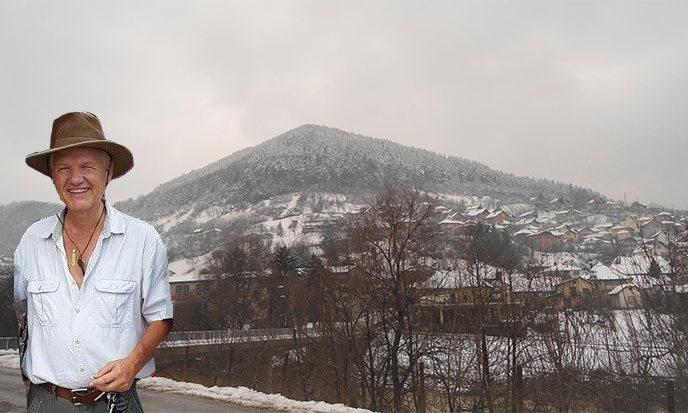 In Bosnia, the discovery of an amateur is scouted by the professionals of archaeology who call it a hoax. Before the case came to trial, it is already judged. Yet the issue deserves attention.

Here are the facts as presented by the press at the time:

“The hypothesis of the Bosnian pyramid, Bosanska piramida also known as Visocica hill, has set a bomb in the press in October 2005. Visocica hill, 213 yards high,, takes up the center of Visoko, the former Bosnian capital city, North from Sarajevo. Viewed from some angles, it has the shape of a symmetrical pyramid. Semir Osmanagic, Bosnian writer, concluded that this shape could be of human origin.” (source)wikipedia His theory has received no recognition from the international archaeological community and has been denounced by a petition of archaeologists as “a cruel hoax” and “a waste of resources”. (source)Declaration of the European Archaeological Association on 11 December 2006

However, Semir Osmanagic has honed his arguments: although most of Europe was, 12,500 years ago, covered by thick layers of ice, the European southern edge, from Spain to Turkey, passing through Italy, Croatia and Bosnia, was favorable to the development of civilizations.

“The development of civilizations in the Pacific, the Atlantic and the Middle Eastern countries, has left a strong mark on the architecture and the spiritual life of the civilizations of southern Europe. The multimillenial presence of the civilization of the Illyrians on these spaces left behind these pyramids as evidence of their civilization. The ice sheets which have melted at this period, resulted in rising the sea level of several hundreds meters.” (source)Semir Osmanagic quoted by Wikipedia The traces of these civilizations would have been covered by the sea. 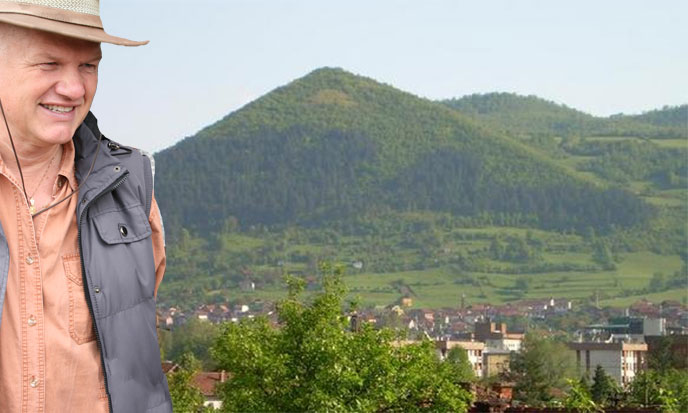 Then overtime, the sea level dropped, leaving room for the development of plant life on the forgotten ruins. The authors have published several successive datings. In 2005, when the site was discovered, Osmanagic said that these pyramids were built in -12000. Then he said, some time later, that the dating of the site was not yet certain and that the pyramids may have been built between -12000 and -500. (source)article by Vesna Peric Zimonjic for The Independent

Finally, after the discoveries made in 2006, he stated that these pyramids are probably the oldest discovered to date. (source)Osmanagic, Bosnian Pyramid of the Sun Candidate for “Mother” of all Pyramids, FENA News, 20 avril 2005

This uncertainty about the exact dating of the monuments, and his questionable theories about the existence of the city of Atlantis, have earned him strong criticism from international experts. (source)Wikipedia

It is difficult to decide a case of this importance without serious expertise. At first glance, the writer Osmanagic is not very fixed on dates, what does not invalidate the quality of his intuition. The presentation given by the Wikipedia article is entirely oriented: “Viewed from some angles, Visocica hill has the shape of a symmetrical pyramid.” This tends to discredit the hypothesis of the writer, suspected in advance, since he doesn’t belong to the main stream.

But the five hills discovered by the writer have pyramidal shapes too regular and too similar to be mere whim of erosion.

The presence of regular geometric shapes is an occurrence so unnatural that it deserves, instead of derision, a thorough examination.

Certainly, we do not deal here with a pyramid built with stone blocks, as in the case of the Mexican or the Egyptian pyramids. These pyramidal structures are carved directly into the rock of the mountain. To obtain the required shape effects, this process could be more economical than building the same structure with millions of stones.

This approach is more reminiscent of the pyramid summit of Machu Picchu, which always gave me the impression of having been worked to give it this form – perfect on the vibratory level. We get Osmanagic’s desire to assemble an excavation team to examine more closely those troubling sites. How many volunteer researchers are put off that way by a corporatism that “attempts to remove the curious, eccentric and incompetent people who think they are researchers”? That is a pity. Such derision and contempt are not appropriate, they will always return against their perpetrators. Maybe it is just a coincidence, but the case is doubtful.

Tomorrow belongs to the volunteers and freelancers. For the times they are a-changin’. Osmanagic uses it, he insists.

Already, many regular structures reminding of foundations, steps or street pavings have been updated. So let’s let the teams of this writer continue their excavation work. Undoubtedly will the beautiful dream lead to an impasse.

But for the writer, it will remain a delusion and a good book about. No matter who is right this time, between the apparatchiks and the dreamer of reality?

There are so many other puzzles that some archaeologists condemn without examination. At the other end of the world, under the blue waters of the East China Sea, lies the submerged city of Yonaguni. 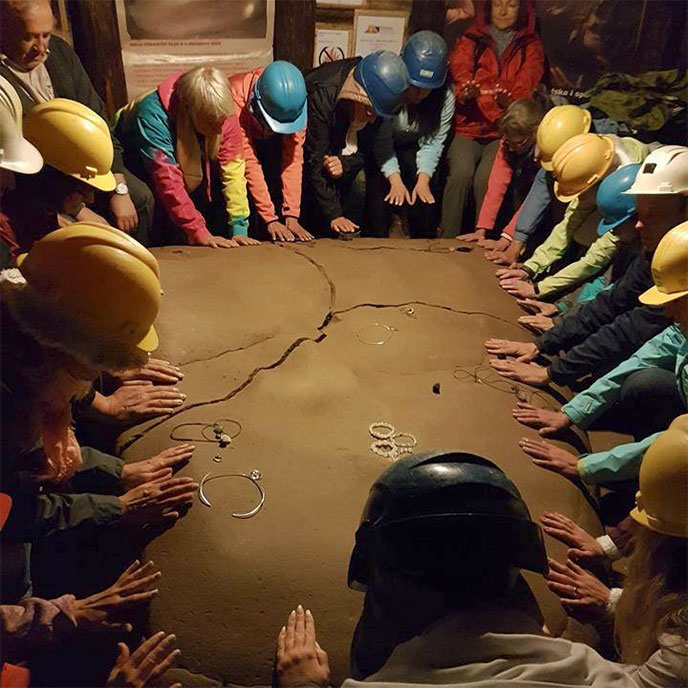 And beneath the green waters of the Indian Ocean, so many wonders still slumber under the seaweed. Divers, get ready!

You want a better world, more fraternal, more just ? Well start doing it : who’s stopping you ? Do it in you and around you, do it with those who want to make it. Do it small and it will grow. (Carl Gustav Jung)