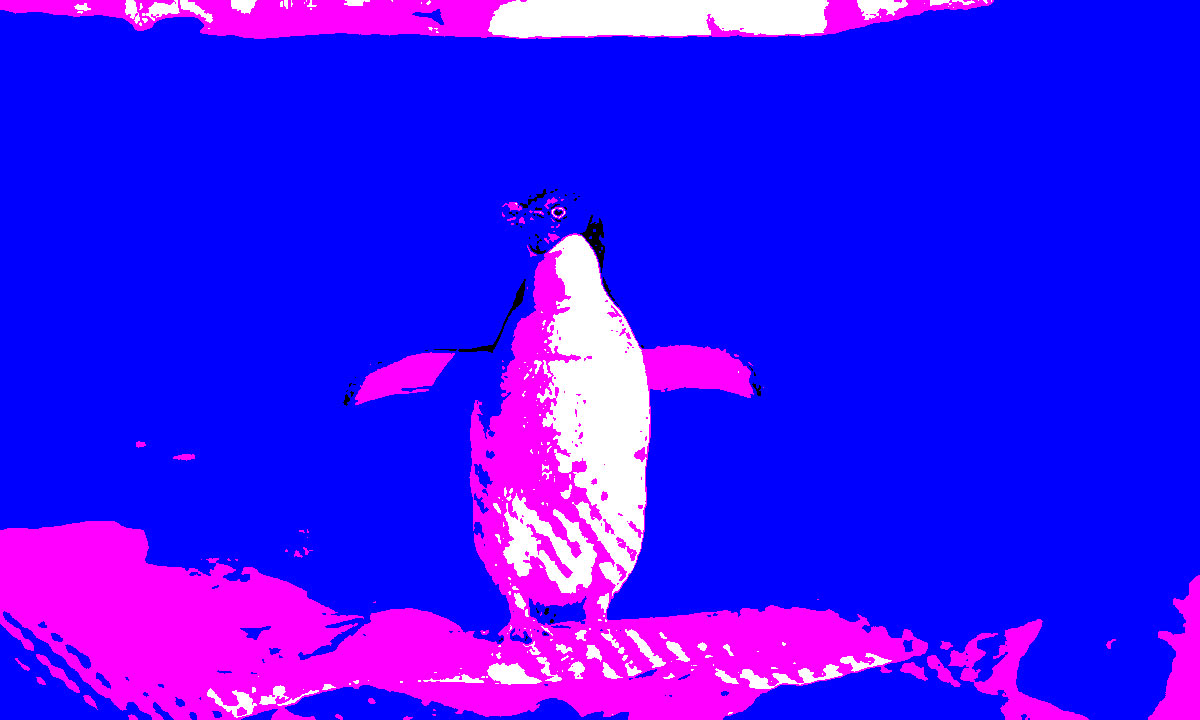 During 100.000 years, a thick ice sheet covered the half of Eurasia and almost all North America: it was the last glacial age. If official science ignores the causes, it has all the characteristics of a nuclear winter.

During 100.000 years, snowstorms lashed white immensities, while men had buried themselves subterranean. Here and there, the giant glaciers have left their signature … In Britanny, on the edge of the Cotes d’Armor and Finistère, there is a natural curiosity called the Toul-Goulic canyon. A small stream flows under a huge pile of boulders.

Some of these stones weigh close to a thousand tons. They are all rounded and polished like pebbles. What crazy wave has rolled so far? In the Alps, huge round stones are placed in the middle of the plains. These are called erratics. Are they remnants of the flood? No. The rocks of Toul Goulic and boulders of the Alps were pushed and rolled by the glaciers that covered much of Europe during the last ice age.

The erratic blocks of the Alps or the huge pebbles of the Côtes d’Armor were rolled by waters all right, their rounded up forms testify it. These hundred tons megaliths or more, would have been but gravels rolled by a huge torrent, the melting of square-miles of bluish ice: a phenomenon called the big post glacial thaw.

Please remember that Wurm, our last glacial age, lasted more than hundred thousand years, from 115.000 to 10.000 BP. Time enough to catch a flu!

There have been several ice ages, the last one ended about 12,000 years ago, but climatologists claim that our planet is in the glacial phase. Cooling will be less noticeable because of the greenhouse effect that causes warming.

Since humans have inhabited this planet, living conditions have changed many times. This is a parameter that we must consider when we look at the behaviours and customs of our distant ancestors. Did they have the same type of climate? Was Earth’s gravity the same? The living conditions may have been profoundly altered or actually favored according to the times of the past. 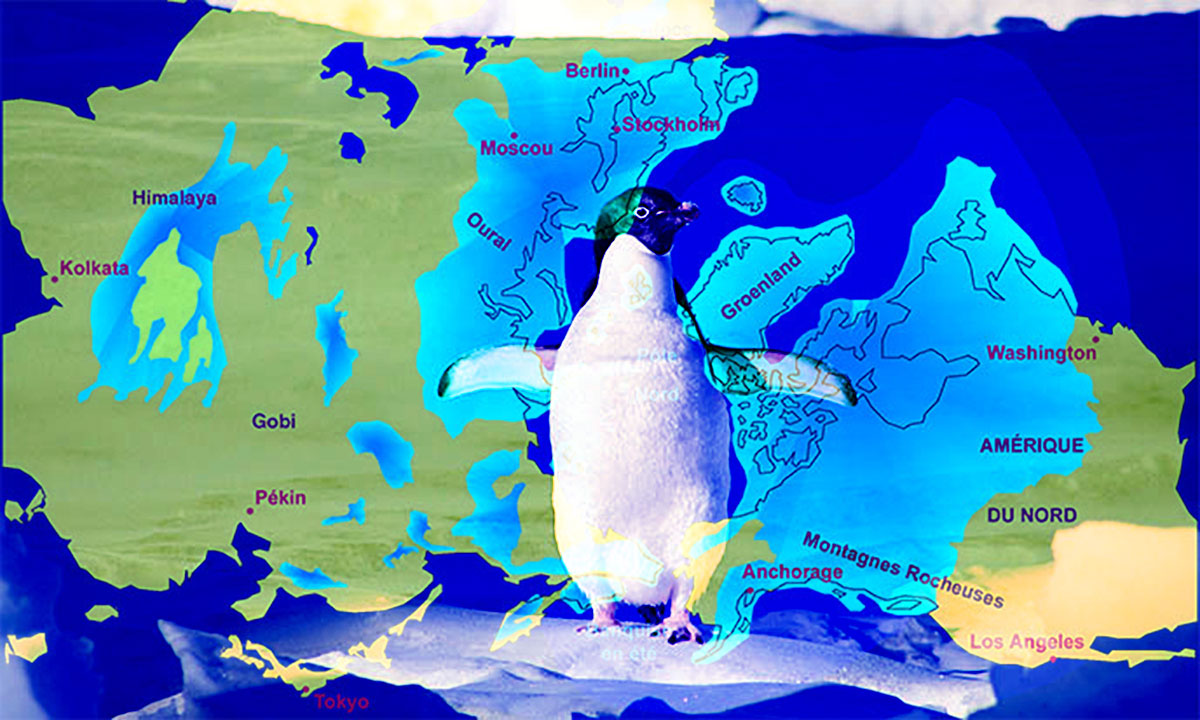 Wurm is the name of the last ice age in the European zone. In North America, it corresponds to Wisconsin, about the same dates.

An ice sheet covered the half of Eurasia, and almost all Northern America, winning year by year during hundred and ten millenniums. Finally, the ice sheet cracks, opens, streams and spreads in gigantic torrents. A giga-spring begins which is going to last more than a millenium. To resist these terrible cold, our forefathers chose to bury deep under the earth’s surface. For thousands of generations lasted the age of  human moles.

The vast underground cities of Anatolia give a credible evidence. But there are many others burried cities all around the world, all dating from the last iceage. Worldwide, caves or caverns show a distant past when men felt the need – or the vital need – to push as far as possible in these cavities or underground. China, Turkey, Egypt … marveled at the ingenuity jewelry and often colossal work. Wonder about the lives of their inhabitants and what drove them to stay human moles.

Next picture: the Ajanta caves in India seem much older than the date of 3000 BP given so far by archaeologists.  And that’s probably the burial of men who caused massive loss in the sudden rise in water levels of the first flood. To survive the rigors of the Würm Ice Age, our ancestors had built caves, and soft rock, they dug rooms and even underground cities, as evidenced by the cave dwelling of Touraine, the underground cities of Cappadocia, the caves of Egypt, the undergrounds of Cambrai, Vendée or Dordogne. If these underground shelters were very effective against cold, they’re much less safe against earthquakes … and even quite hazardous in case of rising waters!!! 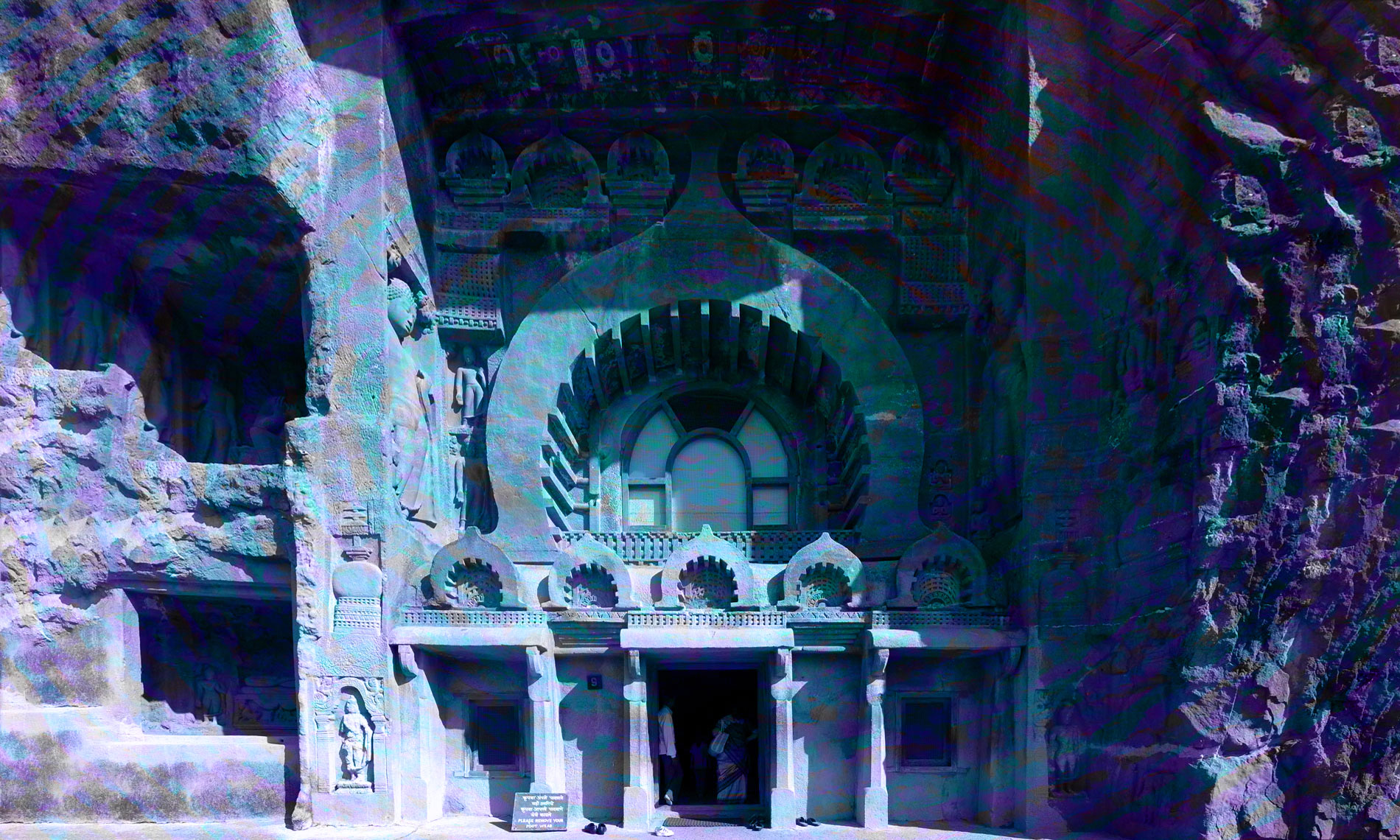 That’s why the survivors of Europe were fewer than the survivors of Africa or America. The first ones did not anticipate the flood. Terrified by earthquakes and volcanic eruptions, they duck into their caves where the big bad tsunami surprised them. Many died as Europe returned to an almost deserted moor, where a few nomadic tribes desperately roamed.

No human presence except these wild bunches of human wreckage: they were all returned to savagery. Under such circumstances what part of the knowledge prior than the flood may have been transmitted in this part of the globe? Very little indeed.

But in the mountains of Kurdistan or in the cities of the Andes, it is another story. Now look at this fact : men dug caves in purpose. The cave dwelling is not, as we were led to believe, a strange custom of primitive peoples, but the best response to freezing cold. Burrying was the only way to survive the rigors of a super-winter that would last three thousand generations.If the men after the flood may have fallen so low, do not believe that their ancestors before the Ice Age were of primitive ape-like. 130,000 years ago, they manage to dig entire cities under the ground in anticipation of the endless winter. The legends tell us that men have not found it alone, they were warned by the former gods.

That is to say superior men, all survivors of the civilization of Mu. History repeated itself with the survivors to the flood. 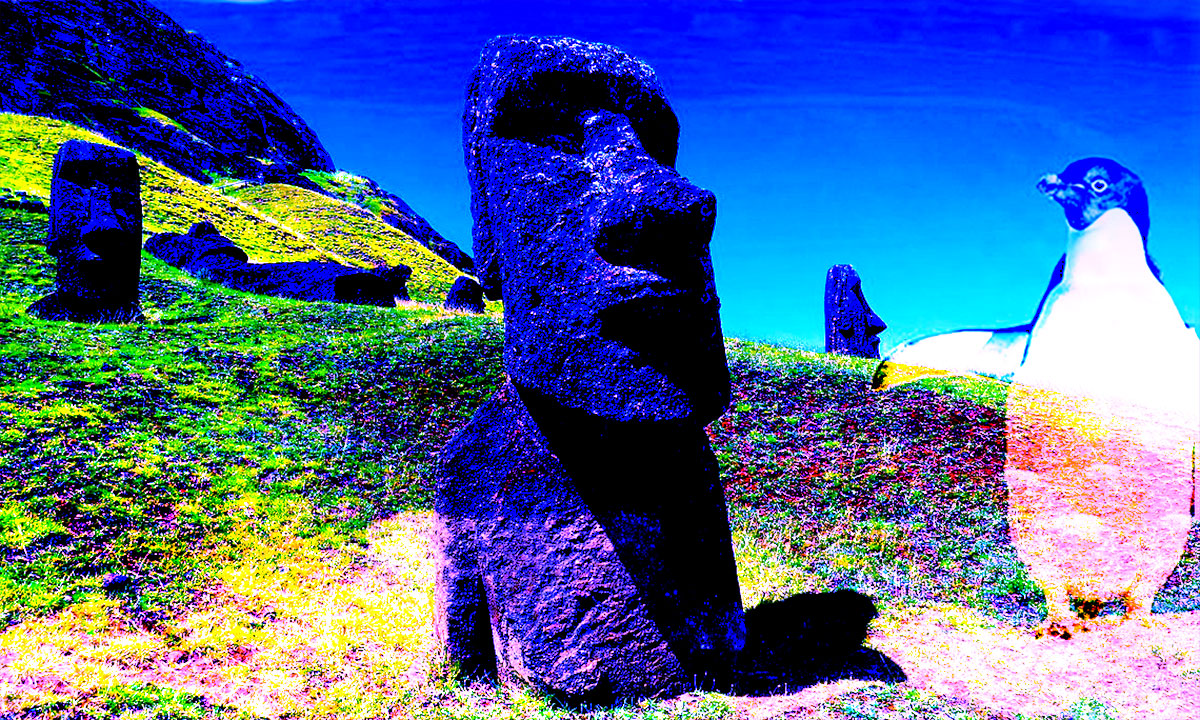 Our ancestors and the gods who walked among them were hardly like us. They were more open than we are to spiritual things — what science calls pre-scientific approaches, throwing away millennia of shamanism, magic, living mysteries, lived delusions, and all kinds of prowess that we miss so cruelly today. We are dwarfs. They were giants. This is why this strong maxim is engraved on all the pages of the witchcraft grimoires: we are dwarfs on the shoulders of giants.

Thanks to the giants, we think we are great. That is our mistake. Let us get off their shoulders and know who we are. Our most remarkable technological advances are nothing compared to those of the ancient gods. Our fathers. More spiritual, they probably were. More technological, they were too. And that, self-centred science prefers to die rather than admit it.

Scientists, unanimous for once, are rejecting this unacceptable nonsense. Thank them for the compliment, I am just as helpful.

It is a difficult task to open the eyes with the eyelids sewn on. To open the ears that have not been used for ages. To reveal the evidence that foolishness and ignorance has been transvestite since about the same time.

I am the voice that speaks to you in your sleep. I am the castaway on a desert island populated only by sleepy humanoids. I hear them exchange disjointed, senseless, futile words. They are limited as a cadastre. My gaze searches souls and hearts. Those who think they’re beautiful, they stick their finger in their eye up to their elbow. Those who think they are clever may be, but in the diabolical sense of the word. I, who see them as they are at the bottom of themselves, past the barrier of appearance, shudder with horror. They are uglier than lice. Disgusting.

I am the voice that sings free practice on all paths of the vast world. The voice that abolishes the low hand on the beautiful, the good, the noble and the delicious. Return the wonders that you have confiscated, they will bring you no satisfaction. Although acquired badly never benefits.

I am the voice crying in the desert. Water! I am thirsty. Is there a brave soul to lend a hand? Give me a good reason to keep a positive attitude. 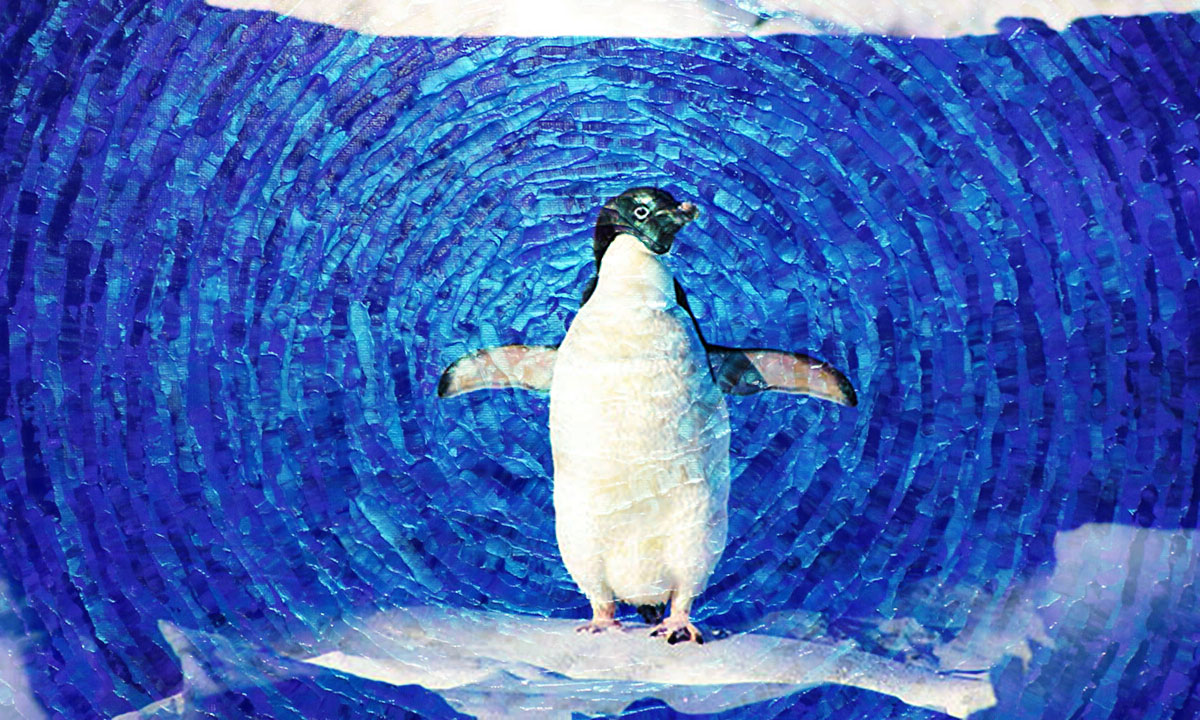 The humanism of the 18th century defined human being far too narrowly: it defined him as being thinking instead of being alive.