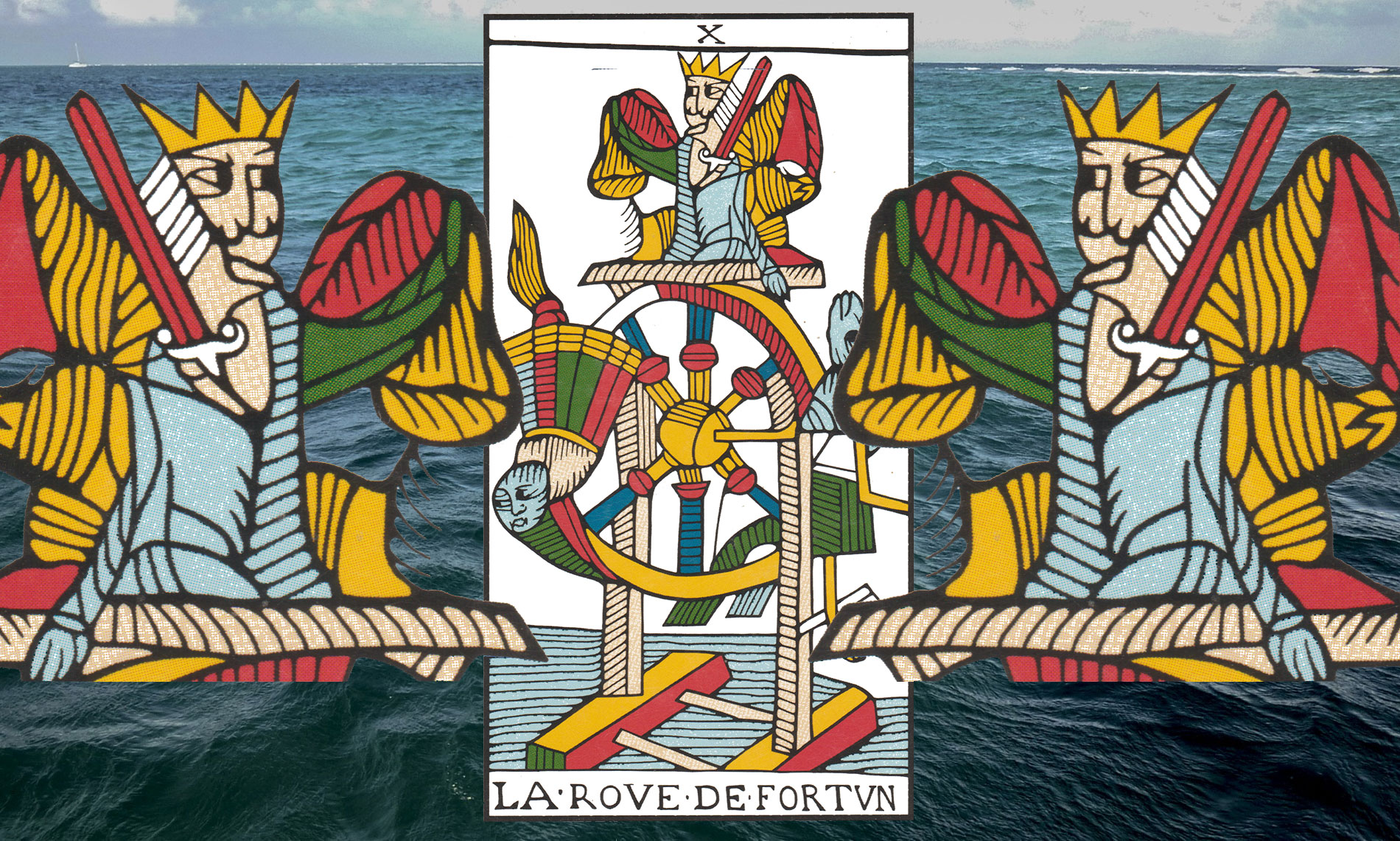 The Wheel of Fortune is rather that of Infortune. It shakes the world and tries to bring down the kinglet who sits at the top. The little king is armed and seems dangerous, but his fate is very fragile. Fortune doesn’t mean wealth in this case, but luck, chance. As in the expression fortune of the sea.

Indeed, the Wheel of Fortune has nothing to do with the game TV the wheel of fortune. For 18th century tarot players, this wheel was formidable. It evoked a torture instrument popular since the Middle Ages and on which none of them wanted to meet. In the inner path described by the major mysteries of the initiatory tarot, this step is necessary. Even if it is not pleasant, you have to go through it.

All arcana have a role to play, determining for the progression of the subject. Some may skip either arcane, this is only part of the game. Sooner or later, they will have to return to the arcane avoided, because sooner or later it will be necessary. My friend Jean-Claude Flornoy had the opportunity to rediscover the meaning of the major arcana because he had accomplished them in order, without skipping a single one. Better still, he could accurately date the beginning and the end of each major arcanum. They all illustrated a particular moment in life, and therefore none of them looked like the previous one … nor the next one!

We do not all have such luck. For many of us, the tarot path is not linear. He tournicots, he goes back, and very clever who can tell when stops an arcane and when begins the next. A dear friend, tarot specialist, told me this secret: “I believe that in each arcane we go back all the previous arcana, not only to revise and perfect them, but because it is the very logic of the ‘existence. the arcana describes all the phases of the living. “

This is why they apply not only to human beings, but also to evolved animals as well as to all social organizations. Our Western society has remained several centuries in the arcane XI LA FORCE, it is now in XII THE PENDU, and will soon enter the arcane XIII, the great spring cleaning. The path of global awakening is coming to an end, even if it is not yet for tomorrow.

“Bad memories, be welcome though. You are my distant youth.“

My arcane X orchestrated the worst period of my life. I grew up carelessly, close to a busy mother and a father in brackets, I had known love, many times even, finally I settled with the one who would become the mother of my boys. The eldest arrived under the sign of the sun. The very first years of his life were a miracle recital. I loved so much this little poet, tender and delicate, full of an inner beauty so powerful that it could only come from a crack through which his soul lets the light pass. She is her deep beauty and her great fragility in the face of this predatory world.

The summer of his 5 years is spent in Brittany. A hot summer, delicious, full of good surprises and pleasant moments. While my eldest son remains in the care of his mother, I go on a cruise on my brother-in-law’s boat. I have thirty, a lot of money, a nice car, a big apartment in Paris with a view of the Sacred Heart, an adorable woman that I love tenderly, as many desires as good memories and I roast in the sun on a nice yacht gently pitching in the marina of Guernsey. I love the pleasure, it made me live proud moments of intensity.

As I just said; everyone does not have the straightness of a Flornoy, to pass the arcana in order, well aligned, clean, clean and without smudge. For me it’s rough slut. The trifecta in the mess. Before arcane X, I already tasted the arcane XI LA FORCE. This taste of success has brought me ease, and even, at my small level, a certain luxury very pleasant. But thanks to my spiritual experiences, I was not fooled by this lark mirror. My years on the road in the four corners of the world taught me indifference to money. That I wanted from my parents. The best moments of my life happened without money. India, for example, sleeping on the forecourt of temples. Macau, China, to scrounge the 4 cents to pay for the plane back. In Corsica, wild life in inaccessible coves. In Avignon, in the scrubland, a village of bories with music freaks. Pyrenees among mad people. Casamance. Cotonou. Seville. Cordoba. Bali. Amsterdam. London. Haiti. Almost everywhere I enjoyed penniless trips.

But I also tasted easy money. The Catholic magazines for the youth have squeezed me well, stolen me well, filled my pockets well, and fired me well. End of the wage for me. I attack THE STRENGTH in my own agency of comm. The 80s. Another trip. We will talk about later on.

Back to the wheel. Torture not too hard to suffer … for now! Wait and see. 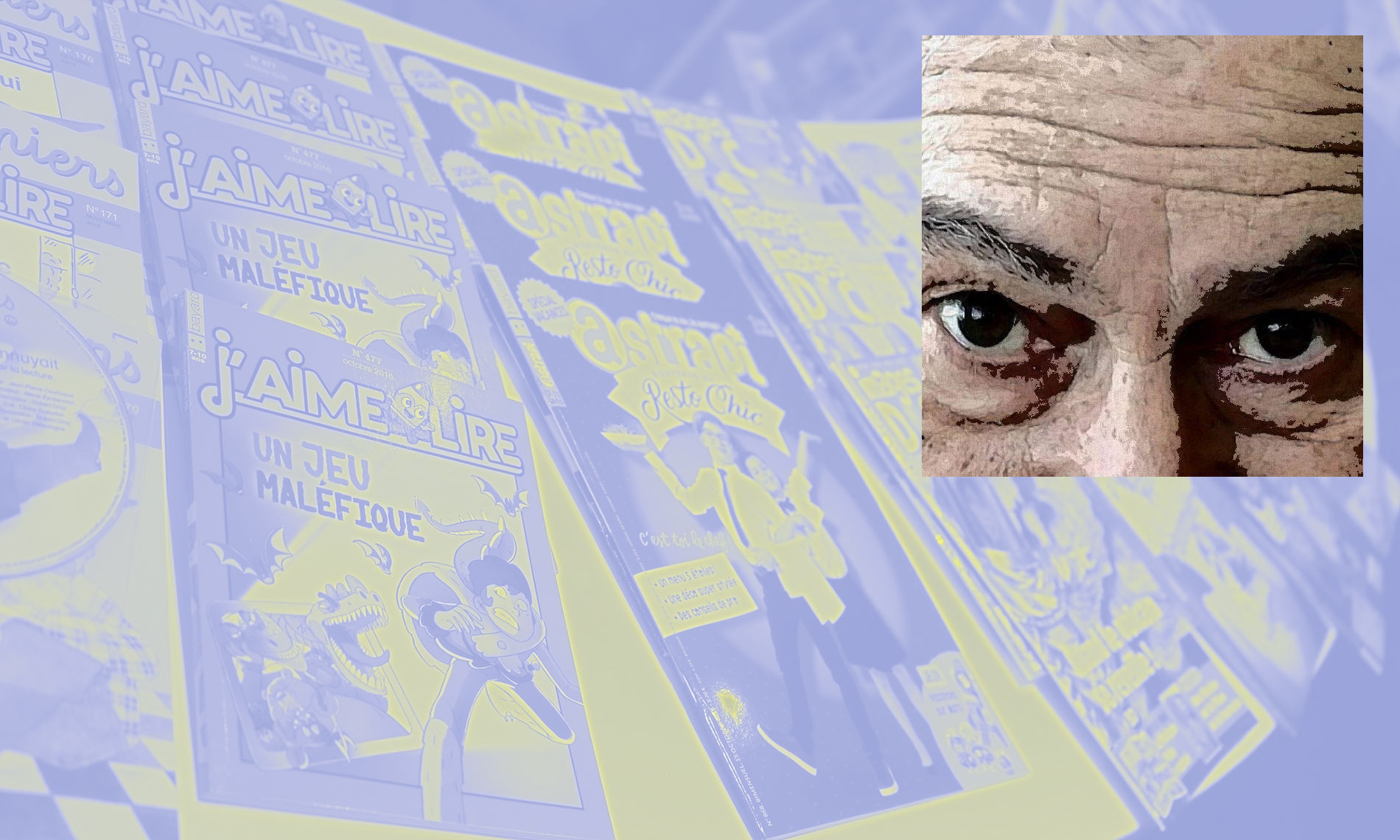 Thunder in the blue

If there is a character trait that dominates at this time, it is carelessness. France of the seventies is a rich country, opulent even. No unemployment, well paid jobs on every street corner, great deals for cheap travel. No effort to do, just bend down to pick up. That is the demand of the people ? Recreation ? I have never missed it.

Thanks to the planetary psychodrama of 1968, which was played in May at home, the 70s were an unprecedented prosperity. I surfed the wave, in good sixty-eight. In India as elsewhere. If I make a freeze as I go to bed on this yacht in Guernsey, I would say that I have never known a great sorrow or even any boring worry. My life flows like a long calm river. Until this beautiful summer morning where I perfected my tan on a beautiful sailboat end as a bird.

The satellite phone starts ringing. My stepbrother’s doctor picks up. His answers are brief. He pronounces the first name of my eldest son. His face darkens. He gives me a look full of meaning. My hearts beats very fast. I am getting closer. He passes me my brother. The news sounds like a verdict. “Your son had an accident. He fell into rocks.” I blanched. “How is he?“
– He’s okay, but you get to come back.

Five years ! My son ! Falls ! Already my brother-in-law is the skipper.
– We leave right now.
His wife, my sister, intervenes in a calm tone: “The night will fall … We will sail all night.”
– Yes, he answers. Cast off.

Without transition the boat takes off. The sea is dark. U.S. too. I love the moorings in silence and I enter them with the fenders in the dedicated trunk. My brother-in-law has little detail. The child is hospitalized in Saint-Brieuc, La Bauchée hospital. My sister went down to the square to do the navigation. She puts her head in the cockpit.

– If the wind is maintained, the landing is for 7am, she said, laconic.
– Go for 7am. If the wind weakens, we will sail to the engine.

And then silence. We did not exchange three words all night long. They stretched out, full of nightmares and hallucinations, the long white hours of that night, on the black sea which lapped, mournfully, against the flanks of the tall ship.

The wind has remained. When the day came up, the coast was in sight. 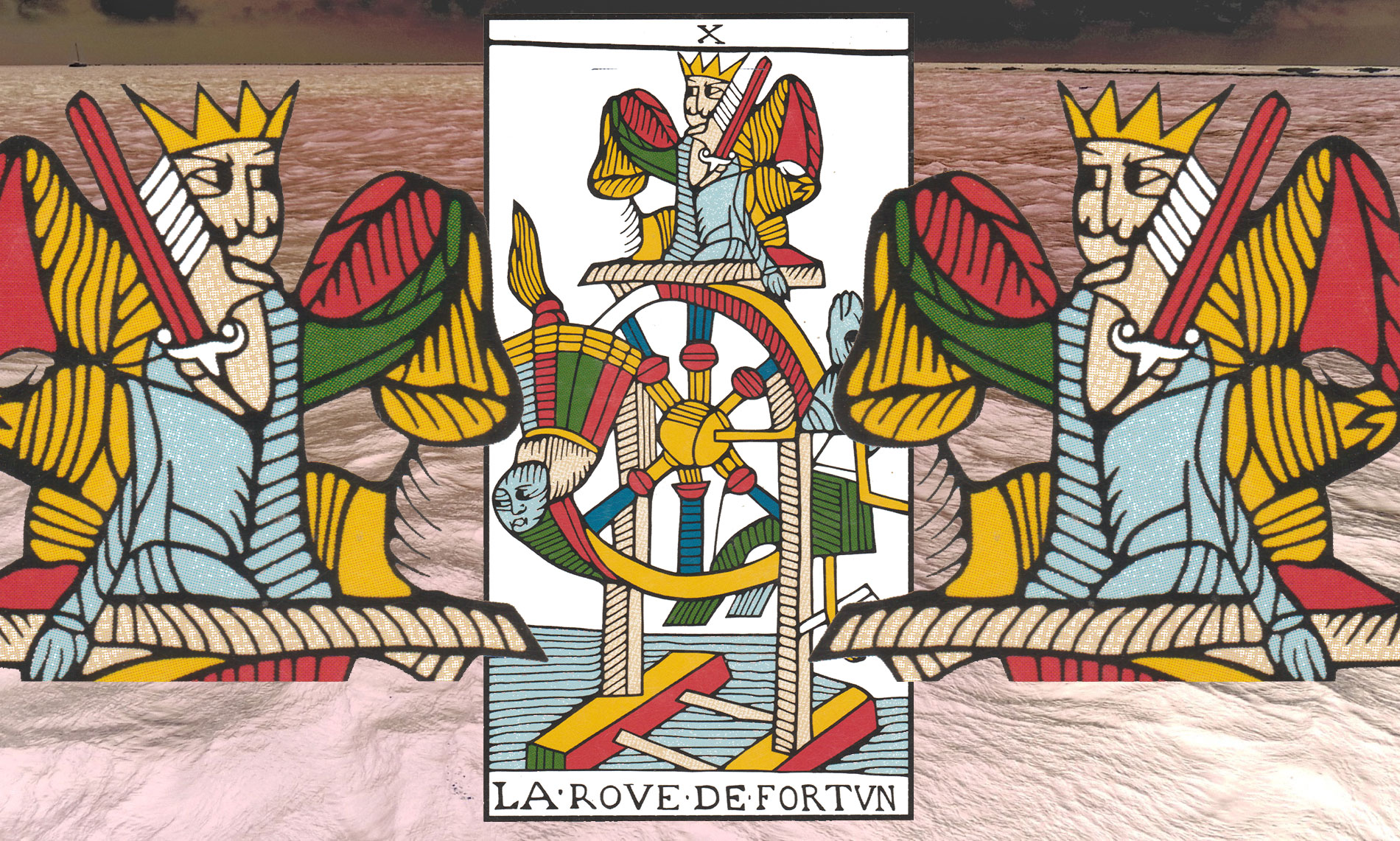