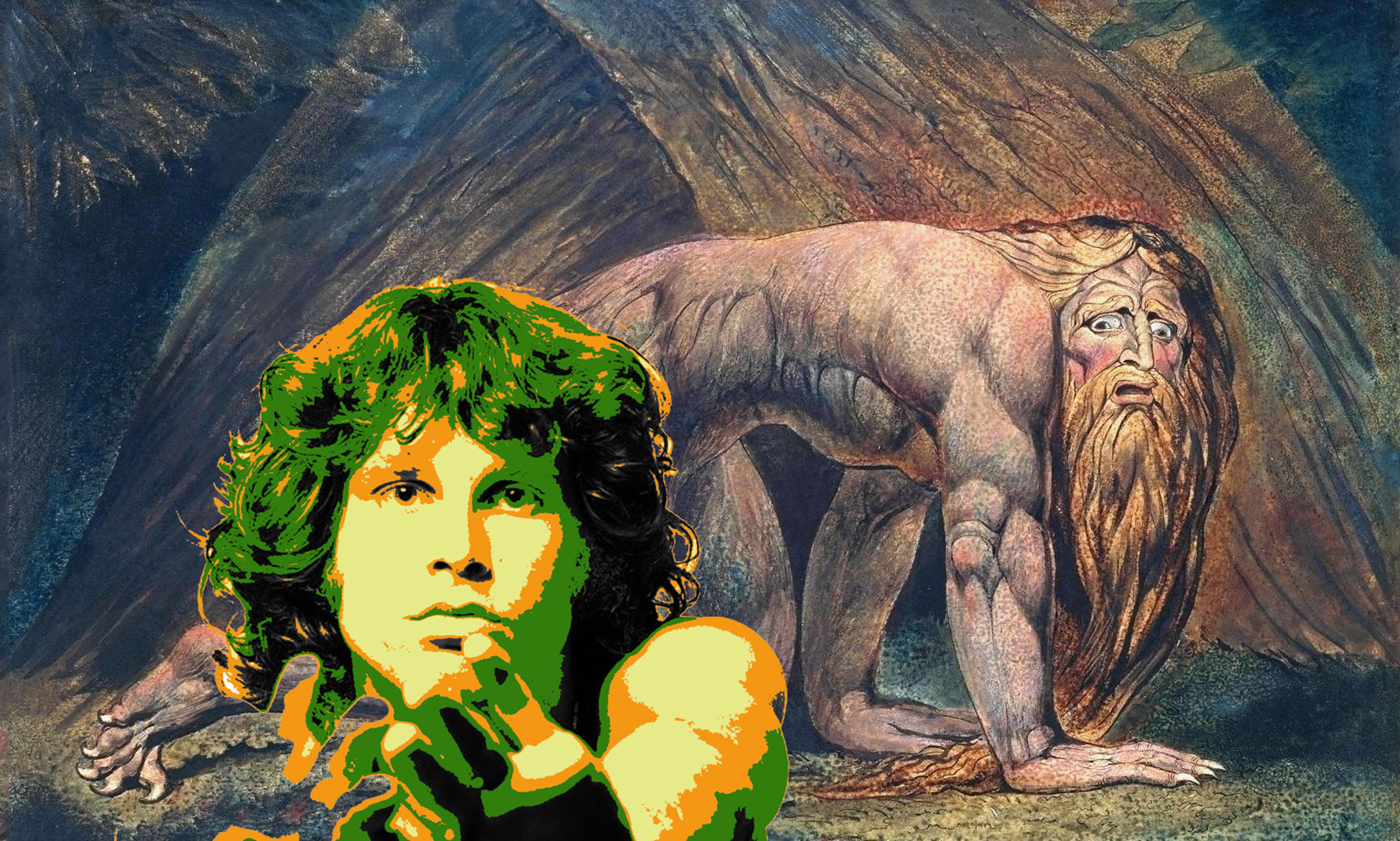 The Doors got their name from this quote. Jim Morrison loved the works of William Blake. These two inspired giants have been exchanging above space and time.

Jim Morrison wasn’t the first celebrity to like this quote. The writer of the famous novel Brave New World, Aldous Huxley made it the title of his drug-taking journal. “The Doors of Perception relate a medical (and philosophical) experience to which the writer Aldous HUXLEY participated in May 1953 in California.” (source)

Huxley tells how several doses of mescaline led him to perceive differently. It is true that drugs can be used as a can opener … in some particularly clogged subjects, adds Juan Matus the benefactor of Carlitos Castaneda.

But the opening of the doors of perception, in William Blake’s point of view as in mine, is not at all linked to drugs. There are other ways to open them, safer and less illegal.

Now you get it all right. Perception has doors, and those doors are closed. Sad truth. What to do? Kick open those fucking doors if necessary. Call me kick ass, brother. Some of my pages are happy kicks to the asses who deserve them … or need them.

Most of my stories aim to bring fresh air and new song. An article jumps out at you, there is a before and an after. Something has changed. You breathe bigger, you see wider. That’s my storyteller job. To offer awakening opportunities. In the hope they open some doors of perception.

Holy shit! The perception is not closed. If it were, we wouldn’t feel, we wouldn’t hear, we wouldn’t see. I know very well that the austere Descartes maintains that our senses deceive us. Is it what you mean? Our deceiving senses keep the doors of perception closed?

Our senses do not deceive us, Descartes deceived us. He trusts the brain too much. Naive man he was. “I think so I am“!! His cogito is bullshit. Let’s move on, I already talked about it.

Our senses send their message to the brain. Our senses faithfully record data, but the brain interprets it. It undergoes multiple influences: conditioning, unconscious impulses, societal censorship, common sense, previous experiences, plausibility, conformism … Many parameters modify the raw message of our senses.

Old Plato had seen that reality is distorted by the mind that perceives it. But he welcomed it, quite strangely … 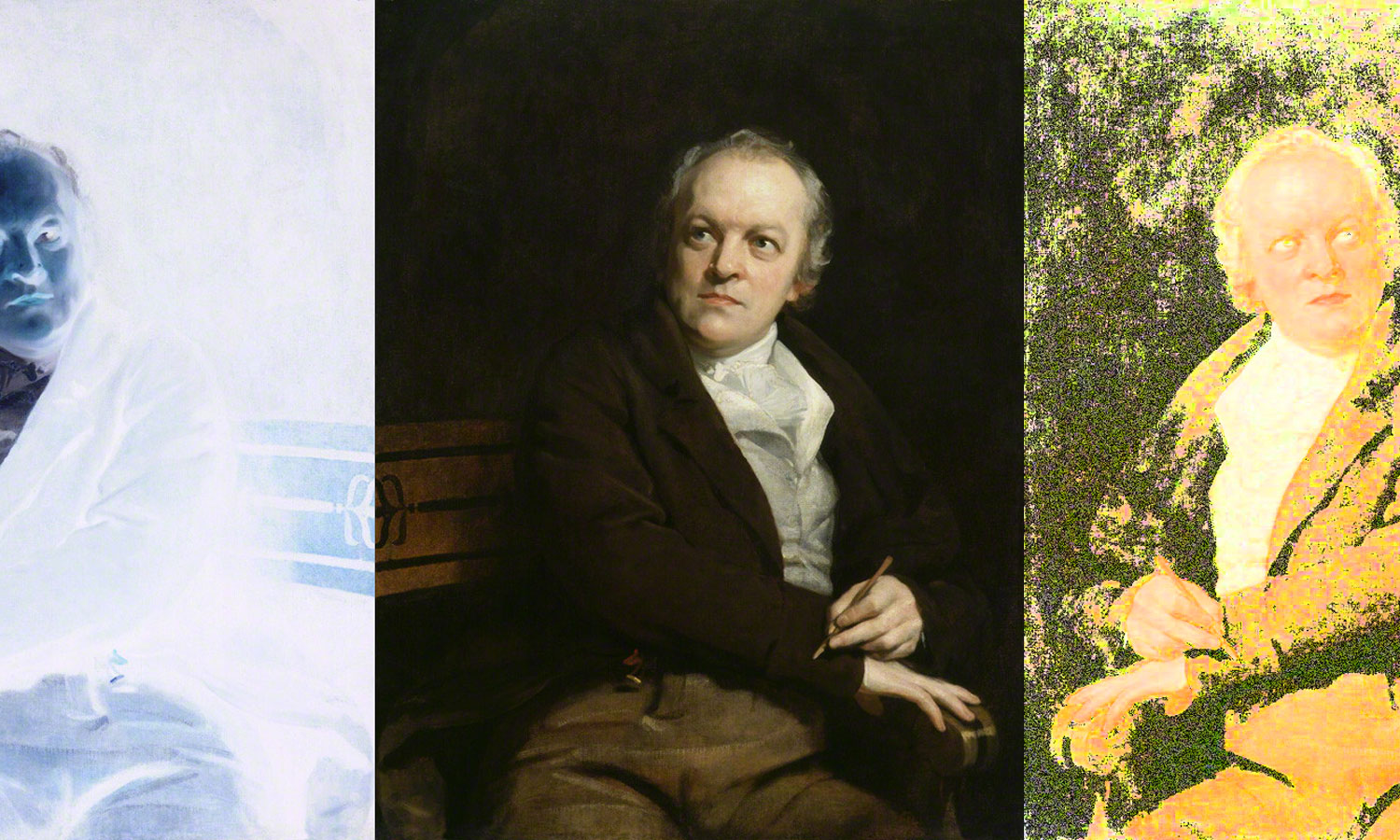 All these parameters are designated by nagualism under the name of inventory. The inventory is the sum of the data stored in you. The inventory is your representation of the world and yourself. It’s both very personal and very universal.

The inventory includes intimate data from your unique experience. It also includes societal data, which come from your culture and the place where you live. And the inventory finally includes data shared by all the Earth brothers, data specific to your species.

Anyone can touch the negative action of the inventory and the way it scrambles a raw message. I mean the dream. Every night, all of us have many dreams whose precise content would be precious. We know very little about these forgotten dreams. And those we remember have their content muddled, out of order, riddled with inconsistencies and improbabilities.

All dreams are clear for the dreamer. Their meaning is obvious. Your dream was not that confused at the start. But the brain doesn’t translate properly. The brain tells a story of this dream which is not the genuine dream, but a made-up covering. A skin from the inventory, put in place by the brain, which filters and transforms everything that reaches you. Just like a computer program would. Bet it is.

There are other ways to designate inventory. Scientology calls it the bank, ie our personal data bank. I propose to speak simply of a program.

It’s like that. Human perception is distorted. Obscured. Blurred. It is therefore important to censor this censorship. To get rid of human inventory. To go beyond the lie to find the light. “Lao-Tseu said it, we must find the way. I’m going to cut your head off,” announced Didi the madman to poor Tintin of the Blue Lotus.

Cut your head off, that is, get rid of the unwelcome flow of thoughts. They prevent you from acting. And if you act anyway, thoughts distort your perception. Your action fizzles. So, first, cut off your head. You will perceive better.

It takes time for the warrior to clear his perception. Most people don’t care about it. The warrior does. One day, by dint of daily exercises, the doors open. The warrior sees. From that moment everything becomes different. My constant efforts have only one purpose : push the Doors of Perception frankly. Allow you to open them wide.

“Every honest man is a prophet. He expresses his opinion in both private and public matters, saying : If you continue like this, this will happen to you. He never says: This will happen no matter what you do. The prophet is a seer, not an arbitrary dictator.”

In this marginal note of 1798, William Blake gives us the means to take in fair measure what he himself called his “prophecies”, his “visions”, whose simple title, rejecting the rationalist tradition, has surrounded his name with a rather negative aura: that of an “illuminated illuminator”, of a sweet esoteric dreamer gifted for painting but having little to give to philosophy. He was however, as much as he was a poet, an authentic philosopher.

William Blake was of great help and comfort to me. Jim Morrison too, in another style. “Our pale reason prevents us from seeing the infinite,” said Jim Morrison. 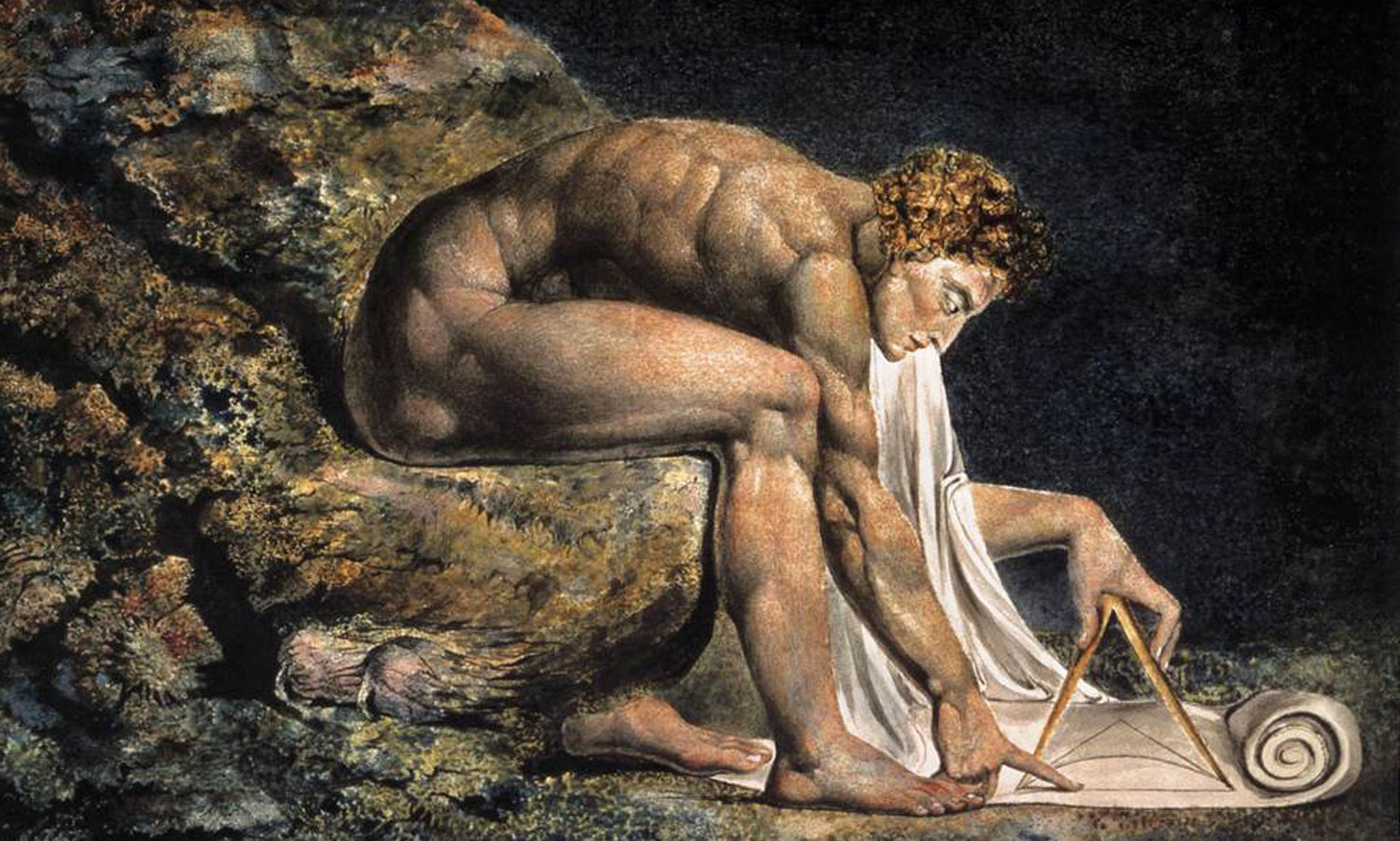 We stink of the head.