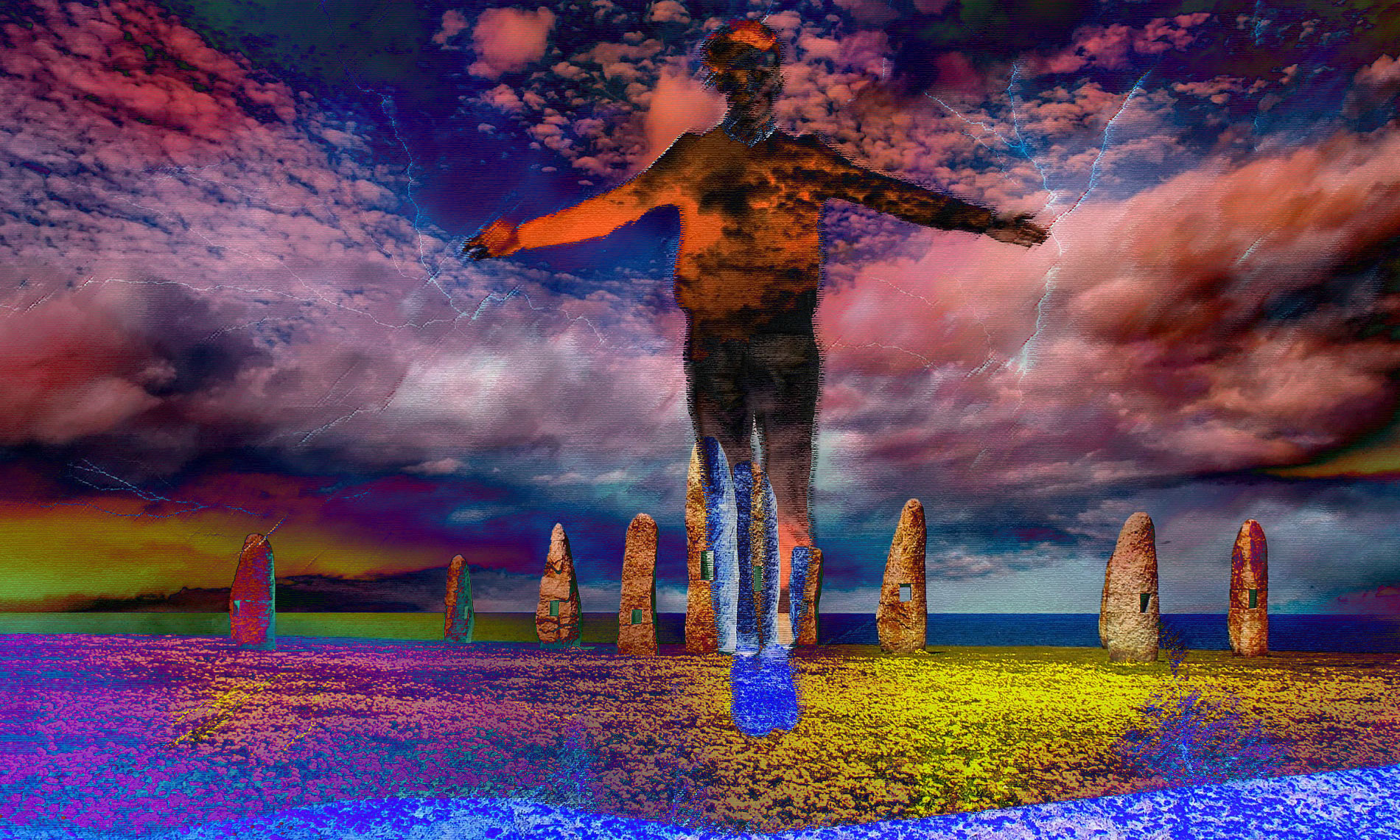 Demand often comes back in your e-mails: “How to get out of my body?” Or else: “For the journey in astral, what must be done?” It is high time that I try to answer it. Trying to straighten too common a priori and errors.

Since I published the article Body Outing, in which I relate my own experience, many Internet users are showing a growing interest in this practice. The same year, I wrote The Art Of Dreaming, giving other tips on a more general way. I wanted to go further with the article Astral Travel, where I give the starting point of this experience: it is only a question of vertigo and management of vertigo. Apparently that’s not enough for my readers, since this question always comes up. Instead of repeating myself in response to your e-mails, it is better to write an article. What does not stop you from writing to me!

I will talk about myself again. How do I go out of my body? I do’nt do anything, it is done alone. The body does. The nagual Jean-Claude Flornoy has been repeating to me twenty times a day for years. As soon as I asked him how, why, my benefactor barred me right away: “Drop the mind, you ask too many questions, it stops you from acting.If you do not know, your body knows it.” He was right, I am convinced now. Ifever he hears me, let him know that I bless him for it as for so many things. How stupid I am! Wherever he is, I know he knows it. His astral body knows.

The Warrior’s Flight could be a book of Castaneda. Defrocked ethnologist of the 70s, this prince of the paradox has opened the way of Yaqui wisdom, or rather Toltec wisdom, for the whole young planet. Much imitated, never equaled, he laid the foundation of a philosophy of action that takes its meaning in a every moment practice. Many writers surf on the wave of nagualism, but few are those who testify to a lived knowledge. Let us quote an author at random –which does not exist– someone called JP Bourre  (source) “If you want to leave your body, call first to you your allies, your spiritual protectors Without them, the trip out the body would be perilous, sometimes even without the possibility of return, then meditate deeply on your breathing You must detach your soul from your breath, by the strength of your concentration You will recover the vertigo of the flight of the bird, the gallop of the wild horse, the race of the wind in the meadow The spirit man is not limited to the material vision of the body Learn to see differently Try to conceive of your body as a pure spirit, and at the same time give to your mind the reality of a body.”

The quoted author is clearly in line with Carlos Castaneda as evidenced by the title of his article: Precepts From Native American Wisdom. Well, I do not agree with him, not at all. This description is nothing like my experience, or that of Castaneda, who for forty-five years has guided my evolution towards nagual. Mine and that of many others around the world.

First danger: Bourre confuses ally and spiritual protector. These two concepts are mutually exclusive because they come from too different cultural horizons: the spiritual protector comes from Christianity in its historical practice in Europe. It is primarily the guardian angel, who watches over the believer at every moment of his life. Or it is the patron saint, who plays the same role but more punctually, on the request of the believer through prayer. And finally it can be the confessor priest, the director of consciousness in the 19th century way. Such characters are foreign to Native American culture. 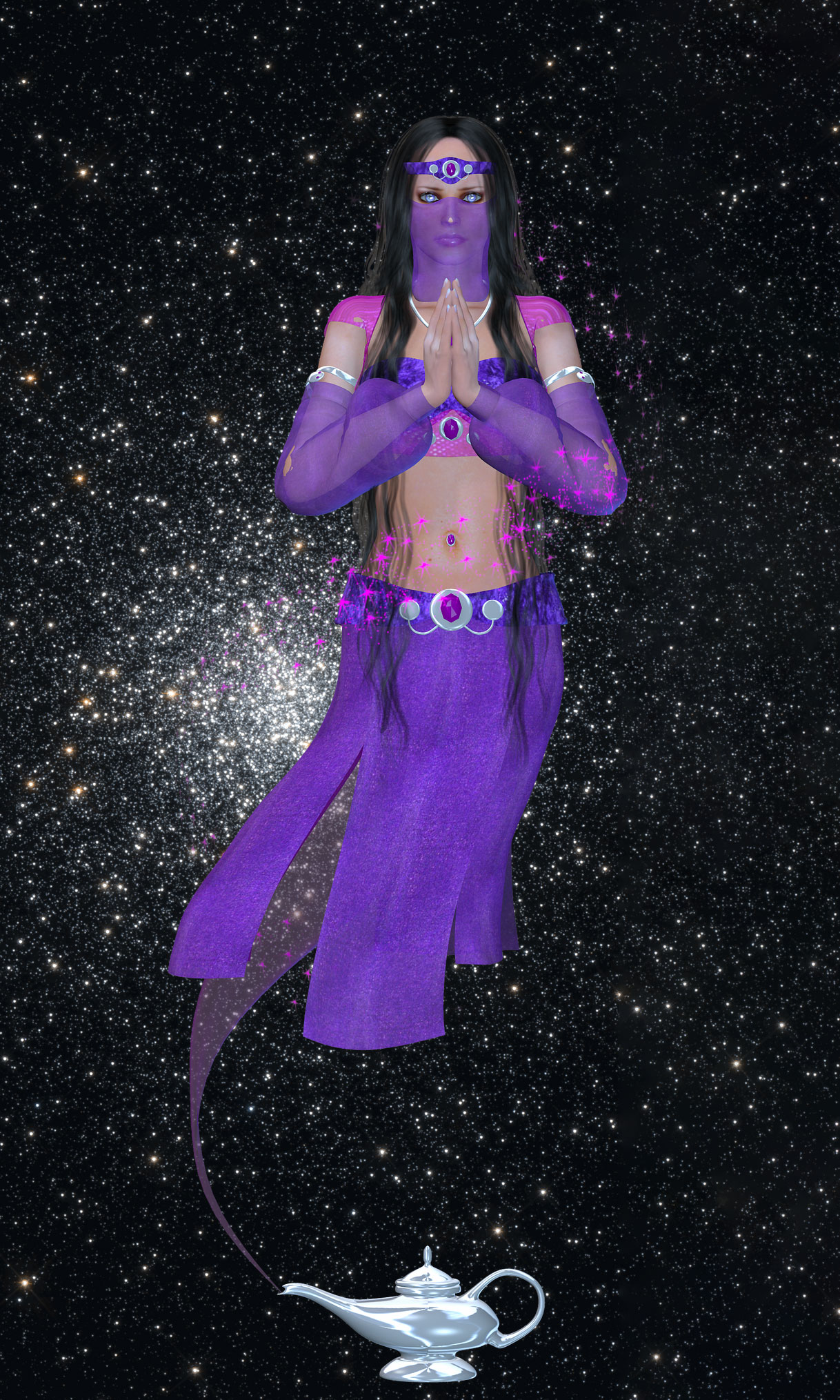 On the other hand, the term ally clearly refers to Castaneda. The ally is an entity from another plane of reality, the one esotericists call the infra-world. The nagual Don Juan Matus, benefactor of Castaneda, tells the meeting of the sorcerer with an ally. It’s very physical. The ally comes from a world based on electricity, and its sizzling touch is very unpleasant for us creatures of a world based on water. In a grueling clinch, the wizard has to subdue his opponent, a phase that Castaneda calls: harnessing the ally.

Once calmed, the ally transforms into steam and enters entirely into a small gourd that the wizard has prepared for this purpose before the meeting, and that he will carry all his life to his belt. My benefactor had one where he held his ally the Gray Man shut up. Strangely, as he seldom left it, his gourd was invisible, appearing only when he needed it. The ally in the gourd evokes the tales of the Arabian Nights, with the jinn in Aladdin’s oil lamp.

The ally and the spiritual protector have absolutely nothing in common, and to confound them denotes a reprehensible ignorance and levity. By unduly mixing the culture of Native American nagual and the Christian culture of Europe, far from helping neophytes, they are rolled in the flour of synchretism. In two words, syncretism is the fusion of different cults or religious doctrines; in particular, an attempt to reconcile the different beliefs into a story that would synthesize them. (source)

After so poorly defined coaching, in such a way that no one can use it in practice, Bourre adds with humor. : “Without them the trip out of the body would be dangerous, sometimes even without possibility of return.” Bourre is bullshiting. Let’s give up.

He begins by omitting the largest category of astral flights: those who arrive without warning. In this case, by far the most widespread, you don’t have time or taste to invoke some guardian angel or confessor. You have to manage the situation urgently. Most of the time, you do’nt know why you were suddenly propelled into the other world, where the body weighs nothing, where you move at the speed of thought in a space that, like time, doesn’t really exist. Welcome to the astral world.

After decades of practice (awake at 16, I’m 70 soon) I’m still unable to say if in the second that follows I will not find myself in the astral, higher than the flight of birds. Ignoring this constant denotes an absence of practice. The author speaks of what he did not experience himself. In this case, it is useless, even dangerous, to listen to his advice.

Tips that do not hold water, by the way. Unnecessary warnings that you do not care for without a practical solution, that’s the way of Fear Dealers. The birds of misfortune that enjoy to scare us. Do not worry. The inner evolution goes through phases that escape the external observer, but that the warrior feels perfectly in himself and in his way of being. The conscious body outing will happen to you when you are ready. At that moment, you will know how to do it. Your body will know it. 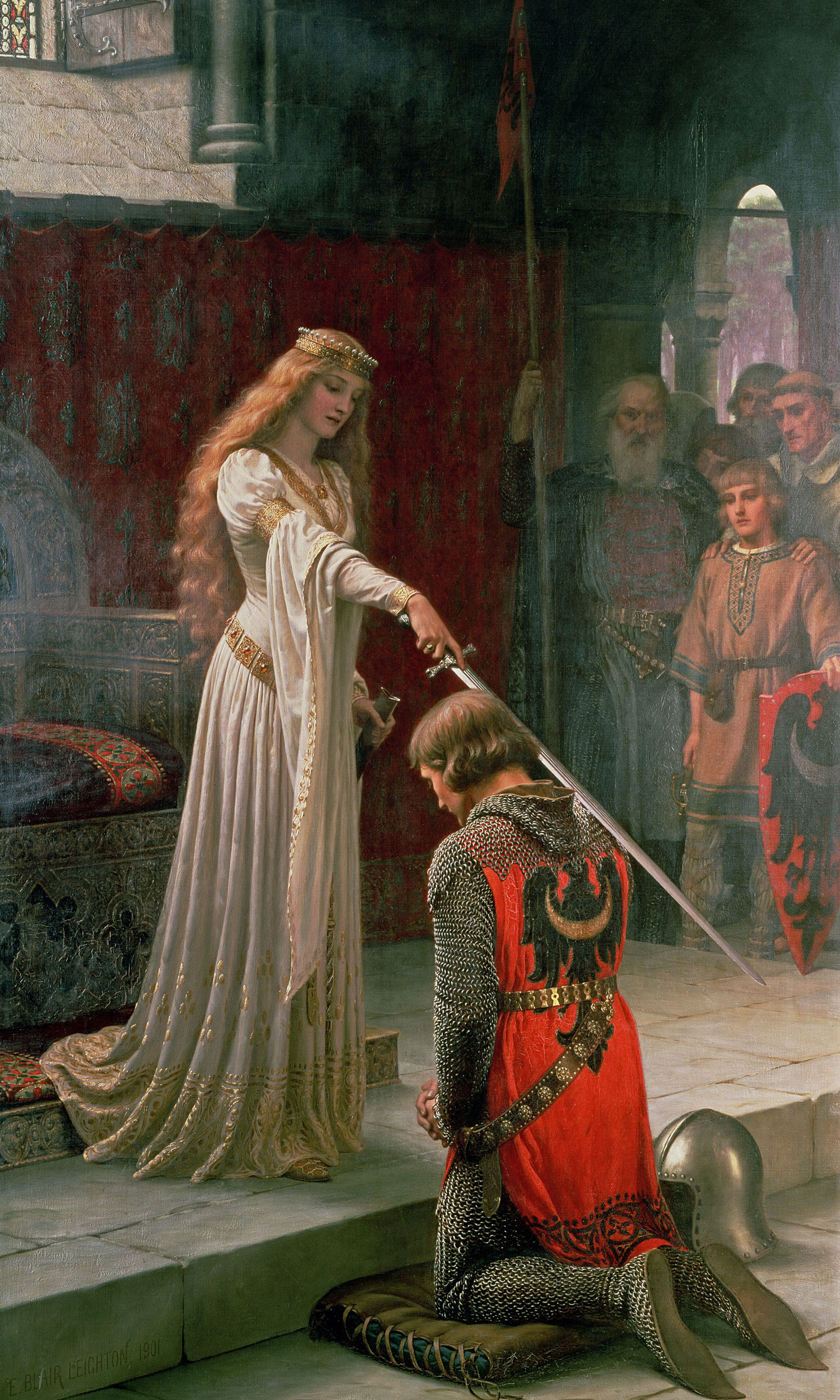 Everything happens in the eyes. Your eyes change, they become brighter, they let the light that is in you filter out. By dint of brilliance, for a moment, your eyes will turn into a puddle of light, like the reflection of a bright light on a polished steel plate. So, everything becomes possible. Exit the body, hover in the infinite, assemble other worlds, inhabit other human or animal bodies … and many other wonders whose list never ends. How to make your eyes change? Nothing you can control with your mind or your will. The only viatic of the warrior is his impeccability. It alone opens the doors of perception.

To regain your body, no particular difficulty. Do not let your fear leads you. Leave it all to your body, only master on board. Moreover, you are used to body outing since you do it every night, and in your sleep there is no damn mind to scare you. So everything is the best in the world. It’s as easy as breathing.

Those who find it difficult to regain their physical body have let themselves be dominated by fear, and it is their fear that has paralyzed them. The body is govern by emotions easily. Strive to banish them, do’nt be surprised at anything to be able to marvel at everything. It is necessary to trivialize, to render harmless the wonders where you evolve like a fish in water, until the day when your true world will be the other world, that of the astral. In the world of ordinary reality, you will be like a mouth open fish on the bank. To achieve this ? Arm yourself with patience, everything comes in time.

Do not worry about anything else. Do not wait for future wonders, it would be neglecting those you live at the moment. Do not be attracted by the powers, they come without warning and go away in spite of your will. Welcome them with simplicity, never refuse a gift of the living, but do not emit too much: the powers are nothing, wanting them is worth nothing. They have come, they will go away. Like the spark of life that ignites without your knowledge and goes out to an end.

Do you want to become the most powerful? You will feel miserable for a long time and you will die frustrated. Do you want to heal your fellowmen? Begin by healing you from your infirmities. Have not you understood yet that it is not you who decides? Your ego can not help but slow you down in your evolution. Go your way, little beetle. The young Padawan does not think of himself as a Jedi Knight. 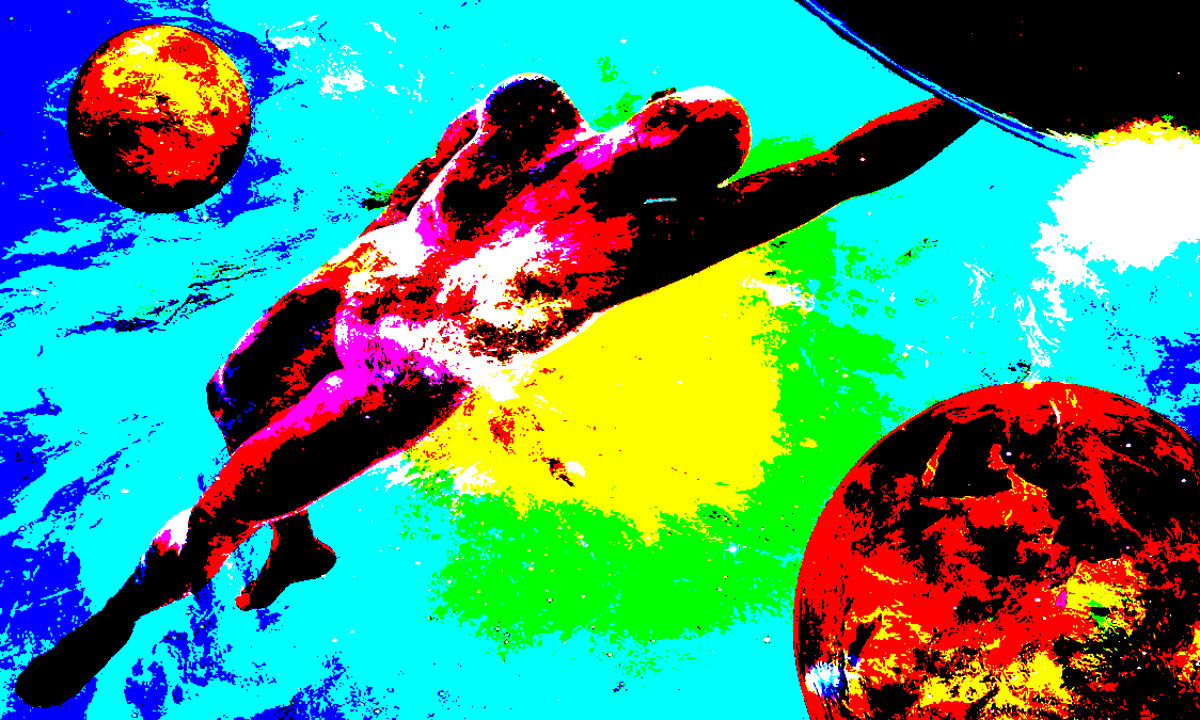