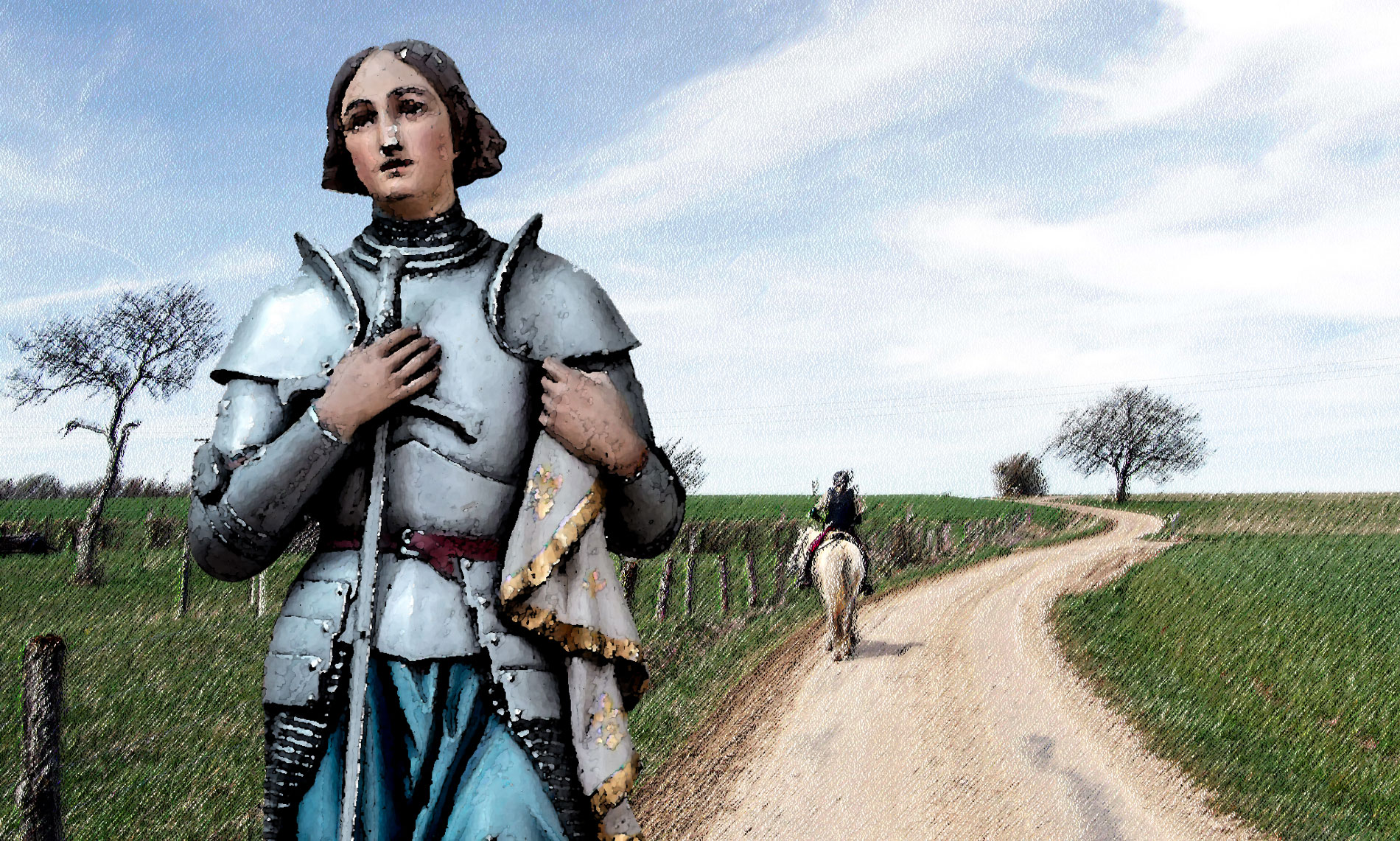 What d’you mean Joan of Arc? She’s not the only one! We all have voices that speak to us in the head, in the heart, in the guts, in the feet … You don’t? Is that so. I do. Nonstop. Where do they come from? Who is talking to me ? I’m asking the question.

Well, when I say these voices speak, it’s exagerated. Sometimes they speak real words, with a certain intonation, a real voice. A tree that speaks, in particular. But more often than not I hear nothing, I just have a certainty, like a silent voice.  I hear the sound of silence …

When I was a schoolboy, I wore braces that I could not stand, it spun short-circuits in my mouth, a very unpleasant thing. However they had their good side: from time to time, I received a radio station which resounded in my fillings! No joke. That was real inner voices, distinct, but electrifying.

Too distinct. My other voices do not have this clarity, and above all, no one else can hear them. I am the only recipient. My stomach gargoyles, that makes my darling laugh, but the three-pitched voice I am talking about has nothing to do with these borborygmas. The power of the belly is not expressed by gurgling.

As interior as it is, the voice of the stomach is not divine. Whatever? Imagine it is addressing me in an unknown language, its own? Like those of animals … There is so much to learn about this magical body to which we are so used that we have given up exploring it again. Pity.

I’ve heard music in my noggin since I was a kid. No, I’m not talking about the radio in my dentures. Unknown music. I call it the music of the spheres, I believe I hear the choir of angels. It is said that the divine Mozart heard resounding in him perfect symphonies, with multiple harmonies. He had only to transcribe them, which he did feverishly, complaining of not being able to note as quickly as he heard.

Under these conditions, it is easy to become a composer. It’s a bit my case, genius less. Who would dare to compare himself to Mozart? Only his first names correspond to me: Wolfgang Amadeus means Clan of the Wolf Loved by God.

I belong to the Wolf Clan. And the luck that I have shown the favoritism from which I benefited all my life without having done anything to prove myself worthy. And without having the transcendent genius of the great Mozart, I composed neither symphony nor grand opera like The Magic Flute, only hundreds of songs and a kind of pop opera called One Of The Frightening Fools written, composed and play with the mother of my sons and some other musician friends.

It took me when I was a kid. I was hearing tunes in my head, I dressed them in words, and learned them on the guitar. I noted the lyrics, but not the music. I can’t read or write music, I just know how to do it. I have to hurry to record all these songs before I die. Otherwise it will be lost and my boys will be doubly sad to lose me and my songs … 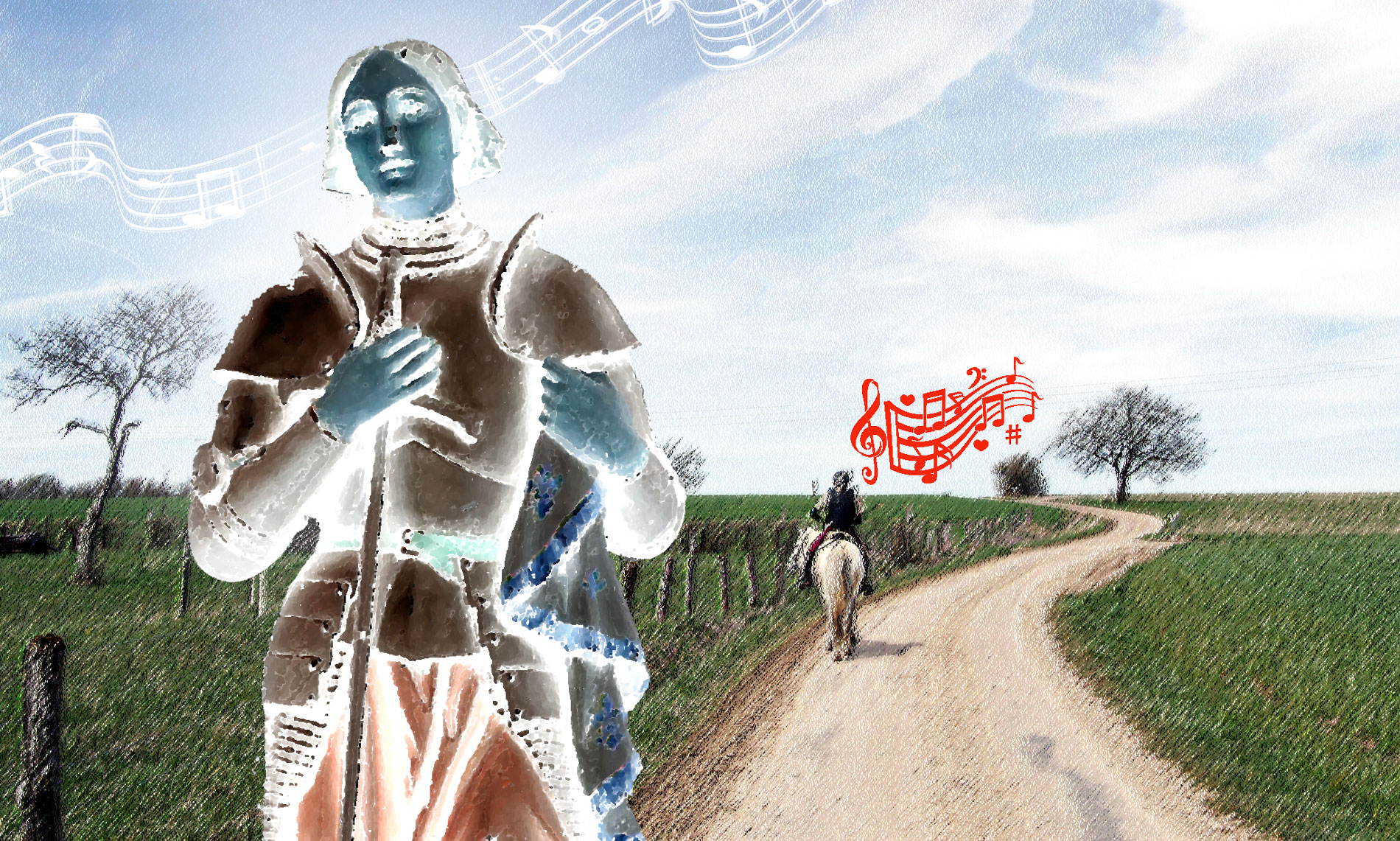 My interior has always been noisy. Filled with echoes, sentences, declamations and pieces of bravery. Full of perfumes, invigorating scents, pretty music. Sound, it tingles and drives me. I rock myself to listen to the thousand deaf or crystalline voices, the thousand sad or wild refrains, all the secrets to be deciphered in the maze of underground rooms and vibrant bowels. No, I am never alone with my loneliness. (source)

When I chat with a loved one, each idea, each image calls a song that I can’t help humming. I have so many choruses in my head, I don’t know which one to sing. I don’t know which saint to devote myself to, so I don’t devote myself to any. On the other hand, by dint of hearing all the colors, I learned to recognize the origin and the intention of some of my inner voices.

Two types: near voices and distant voices. Distant voices are not very informative, they allude to forgotten events. I resolutely classify it in the category of engrams. They bear witness to former physical or emotional trauma. They would certainly be interesting if I could decrypt them, but most of the time their message is obscure, confused when it is not simply incomprehensible.

Close voices are more usable. Some are so close that I seem to be shouted in my ear. They are the most precious, even if they are not all interior. One summer in Corsica in 88, I was driving a convertible that ran dangerously on the narrow mountain roads. The music at the bottom, I roll with open grave, immersed in the carefree young man who knows he is immortal … like an idiot!

I listen to an English song by the young Sam Brown that the radios broadcast on loop that summer. A portion of a straight line allows me to crush the mushroom again. The speakers broadcast this sentence: You better stop !!! The word stop !!! is imperative. I’m on the brake. Launched at high speed, the convertible swerved, the tires squeaked, but I stopped unharmed.

I had heard this song dozens of times, never had the word stop had such an effect on me. It saved my life. A few meters ahead, a masked turn would have thrown me into the void if I had not obeyed this divine injunction. The voice was not inner, but it worked the same way. Many times I have heard a cry of alarm in my head or in my gut. I have always obeyed, I am still alive. Big thanks.

He still has other kinds of voices. Rather close, too. They belong to deceased friends or relatives, and communicate their impressions to me. So my best friend Jean-Claude Devictor aka Devic visited me several days after his accidental death. The news he gave me on the other side of reality is not publishable. Not yet. Maybe after my death, if someone finds my manuscript.

Sometimes those voices give me warnings, like that of Sam Brown. Most often, they are ready-made sentences that these people would happily repeat during their lifetime. Memories memories.

When a loved one disappears, their voice remains in my memory for a few months or a few years. Afterwards, it gradually fades. So it is with the liveliest of pleasures that I find these stamps fled since childhood, the voice of my grandpa Charles, the voice of grandfather Maurice, the voice of father Boucher, of the lady Coco seamstress of his state , that of Virgile who ran the Trocadéro candy kiosk, where you bought caramels for 1 franc, and the roudoudous and the winning mistrals. Renaud had to get his supplies from the same kiosk and sit on the same green benches to feed the same cunts of pigeons.

Unlike Joan of Arc, I have never heard of God or his angels. A holy virgin is something to be. Am neither holy, nor relapse, nor burnt alive. Especially am a guy. So the voice of conscience, the voice of the aliens, the prophetic voice, the divine command, the sacred injunction, things I don’t know. The voices I hear are more humble and simple.

They have the annoying habit of interrupting themselves, instead of listening to each other and speaking in turn. I am an open-air theater, at least I hope, where one declaims, anther laughs, giggles a third, criticize all the others, each with its arguments, and everyone ends up coming to blows.

I am a set and its changing decor, I am part of the furniture, I play like Brecht, distant, distant, stranger to myself. Here and there together. I was 16 when I wrote this – same guy, exactly : “Strange stranger for whom too suddenly too many things have changed.” I was already the spectator of the me troupe. Gemini I am, the double personality is my share. But there, are you kidding? I have two hundred. Two thousand.

Their number protects me. As long as you only hear one, you can be mistaken and take it for god. I do not know what is the worst egotic: to take oneself for God or to take it for god, this inner voice that rises and surprises. Having the fatuity to think that God speaks to you. A capitalized God, a three-star GGGod, the GGGod of the Gods, who chose you and no one else. How can? What a pride! At least 15 Hn.Unit of measure of the ego. Hn for Hanouna

At least I don’t run this risk. I hear too many voices to take them seriously. If you only hear one, you take yourself for the Chosen One. If you hear two, it’s the devil and the good god. If you hear three, it’s the Father, the Son, and the Holy Spirit. If you hear a thousand, or you are a polytheist, or you write Eden Saga.

Grandiloquence is not for me. I like the peaks that I can walk. And above all I do not want to disturb our former masters who I wish may have forgotten us? Or are they all dead? We can dream … If I love to contemplate the puddles, it’s out of humility – aren’t we made of mud? – and in the puddles you can see the sky without disturbing its inhabitants. Safer choice. Do like me, do not summon anyone …

Two men watch through the bars of their prison. One sees the mud, the other sees the stars. (Idries Shah) 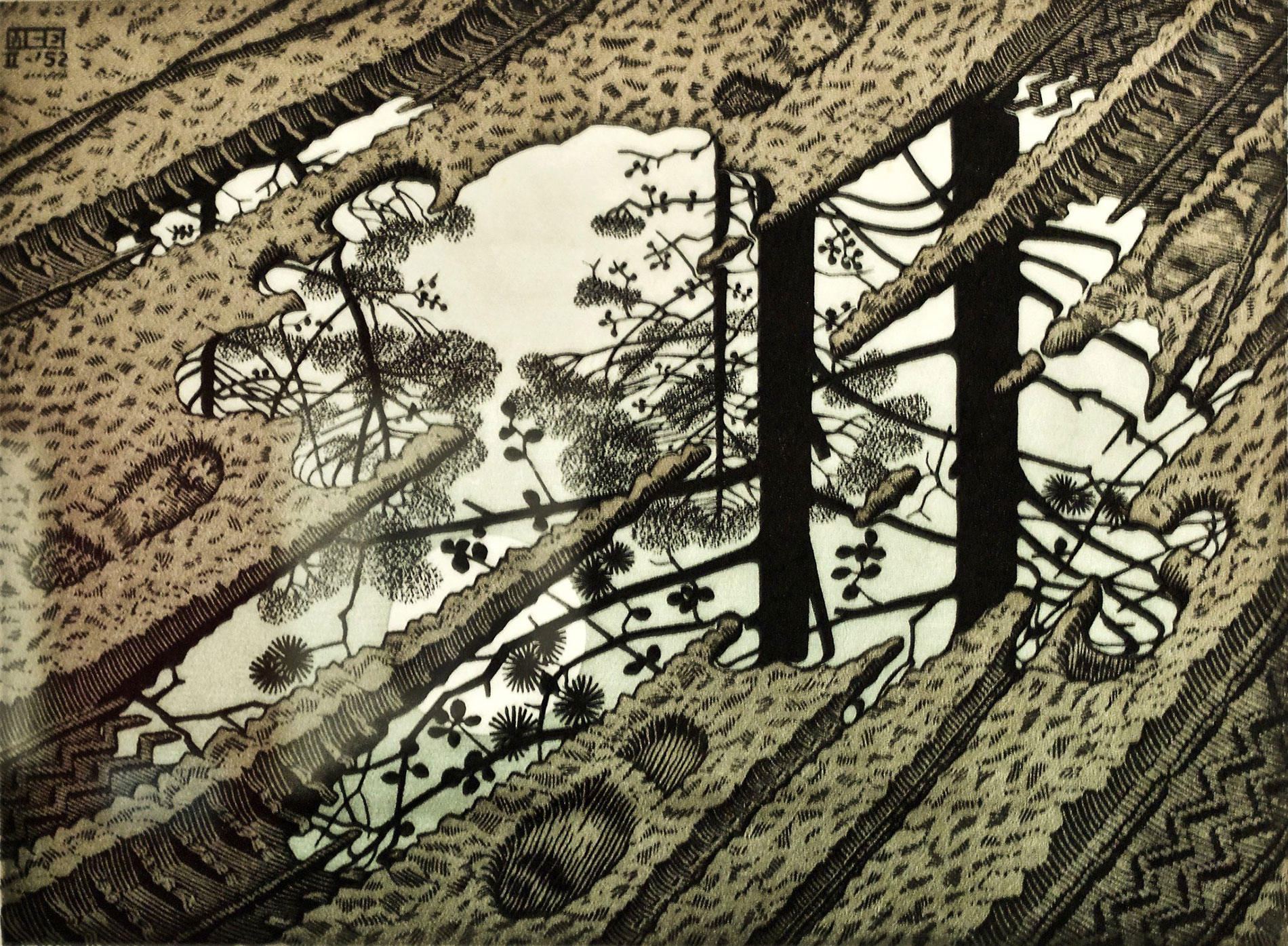