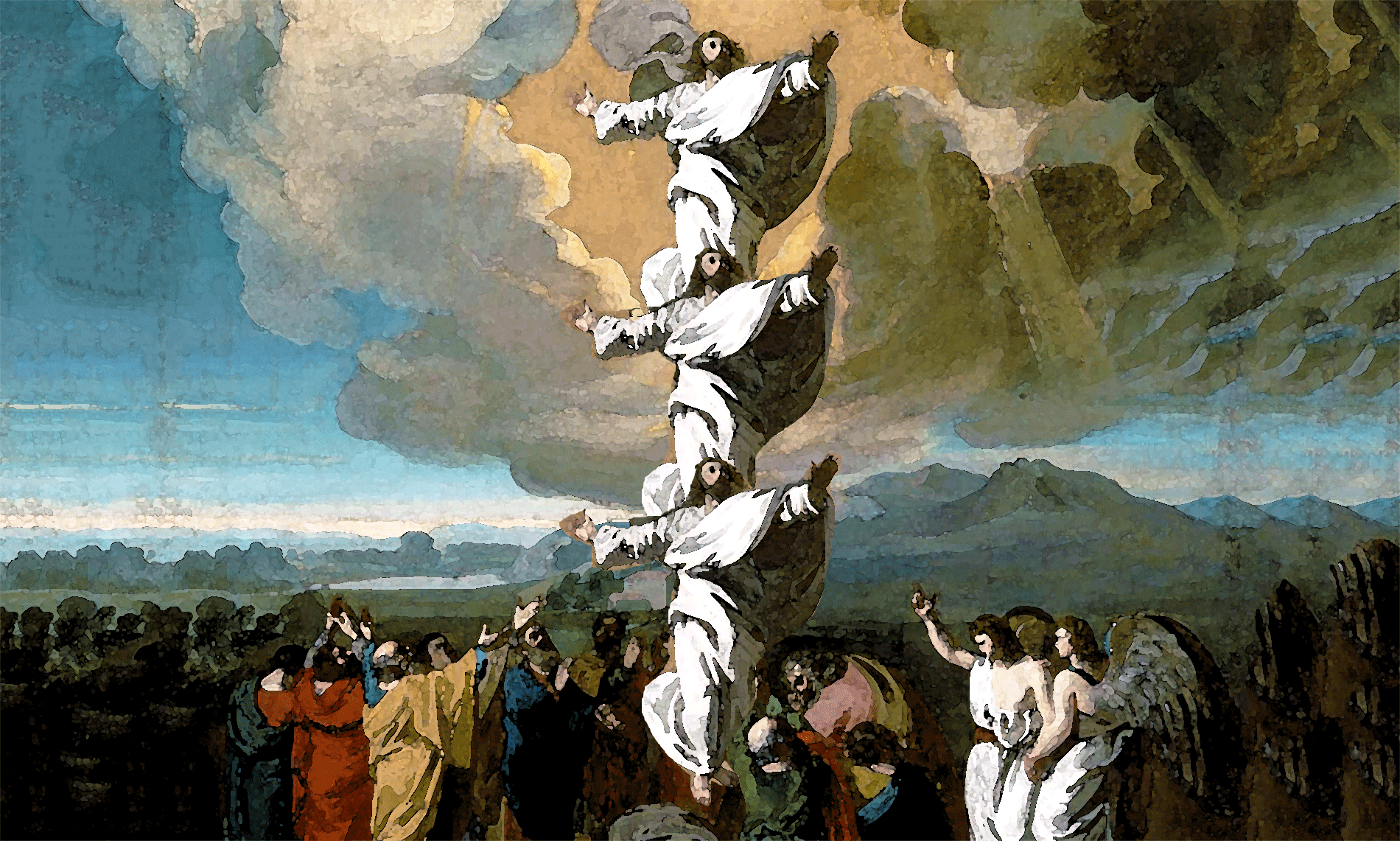 Some people agree with me that after the death of the body, the soul still lives. Okay. But first what is the soul? How many humans are aware of it? How many doubt its existence? For them, death is the end of everything. The survival of the soul, they don’t give a shit!

How could they? No damn thing like shit is available on the other side. You don’t eat, you don’t shit. If that’s death, you might as well live right away. Life is in a body. Otherwise disagree. Hence enjoy all that matter gives. Even shit. Many people do this. It is the philosophy of this fucking kali yuga. To the benefit of the different mafias, gangs and yakuzas.

The yakuza in the jacuzzi

I accuse ! said Émile. I mean Zola, huh. Not Émile by Jean-Jacques Rousseau nor e-mile. But what am I accused of? Simply this: I have spoken ill on yakuza. In fact the yakuza has a much higher moral standard than the law of the organized crime. A yakuza is no thug. Heir to the legendary samurai, he creates order and fights disorder.

Thirty years ago, during my last visit to Japan, the land of the rising sun boasted of having a petty crime almost nonexistent. The yakuza watch over it. Now that I have washedin a jacuzzi? the yaks of the very involuntary affront which I had subjected them to, may I resume the normal course of my presentation? Thank you. It is very kind of you. 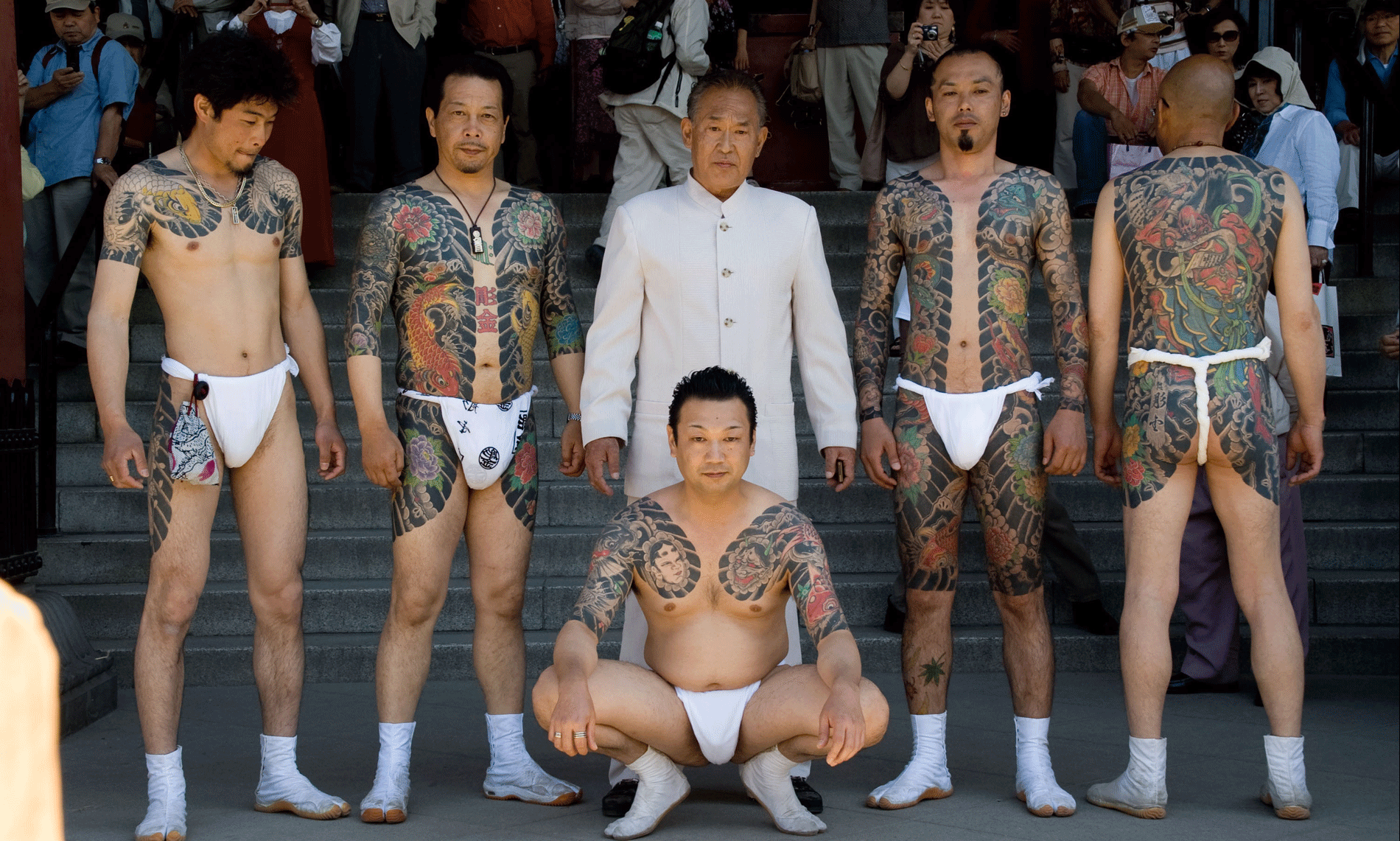 I am no saint, no elected, no righteous. I should know. I did not choose the path of debauchery, nor that of the exaltation of the senses by the vilest material and bodily and physical passions. Was I wrong?

From a materialist perspective, no doubt. If you only have this one life, it is important to take advantage of your body while you get. Extreme sports and unrestricted enjoyment, it’s here and now duties. Those who believe in life after death will be cheated allright. Note they will know nothing, since they will be nothing.

Once dead, without my body, I can forget all about sex. At least that’s what I always believed. I couldn’t suppose I was wrong.

So I am a big loser. In certain cases to lose does not mean to be wrong. What I lose here I gain elsewhere. Mastering this body is the path I have followed. My body was a great help to me in the task of doing without it. It is very generous of it.

Westerners have a very curious vision of the body. The great stranger. Their left brain doesn’t get any about it, so the Westerner doesn’t get either. He sees his body as an entity distinct from himself, and largely resistant to all cooperation. The Oriental is more pragmatic. His body is an instrument, a means at his disposal to progress. The ideal of yoga is total control of the body. We find the same aspiration in the martial arts of Asia. I am an oriental: I seek the light of the rising sun.

In meetings, in dreams, in books, in each scent of wildflowers, in the slowness of time passing, in the speed of time past, in your flower eyes, in the water of your heart, in the joy of today and the happiness of yesterday, at all times I search light.

At dawn I admire the father of splendors rising, radiant, in the fog of the fields. Noon, king of summers, your absence is famine where glory lights up an orb at your side. 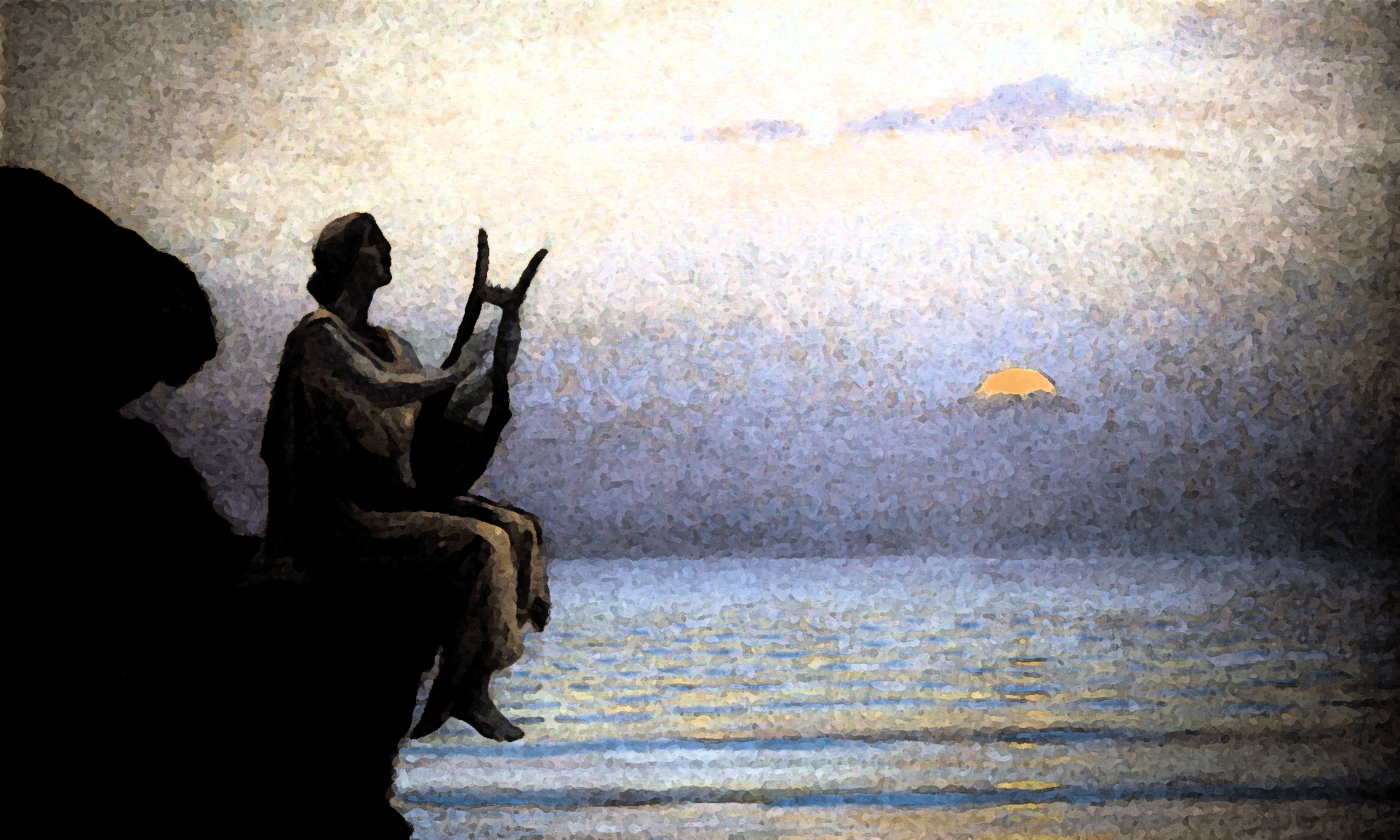 In the evening peace, I await the daylight, tomorrow, the return at the east of the smiling sun.

The body of glory

Christians offer an interesting alternative to the physical body. They call it glorious body. It designates the body of Jesus after his resurrection. This theological term also applies to the body of the elect after the resurrection of the dead. If the glorious body is not physical, it is nevertheless a body. Say, it looks a lot like the astral body, that. So this glorious body is still a little bit physical. Just like the astral body. Two labels for the same bottle?

The Creed says: “I believe in the resurrection of the flesh”. And the apostle Paul: “Christ will transfigure your body to make it like his body of glory.” (source)Ph 3.21

And also this: “Their body, sown animal body, will resuscitate spiritual body. And they will be pure like the angels of God in heaven.” (source)1 Corinthians 15:44 and Matthew 22:30 Appealing program … Anyway. The glorious body is the body of the risen Jesus, which ascends to heaven forty days after his resurrection.

We can see an abduction by aliens, the famous angels of his Father who is in heaven. If that’s the case, it doesn’t help our problem. Is there another body after death? Jesus the unknown answers bluntly yes. Without bluntness, without parable or hackneyed phrases. Cash. Yes, if you are elected, you will enjoy a body of glory after the resurrection. OK ok ! You got to be elected. I suspected a trap.

Nothing for nothing. If you are pious, chances are. Otherwise go your way. You will die dying. But listen to that …

The glory of body

… It turns out that I experienced something that resembles physical enjoyment while I was in astral. I should have react right away. Such evidence must have jumped to my mind. But no. By Jove, the thing was so beautiful, so beautiful! It took me more than a year to understand its metaphysical significance.

If we can know this pleasure, experience this carnal happiness in the other world, with such intensity, such grandeur, such radiance … “There is no sickness, no toil, nor danger In that bright land to which I go” sang Johnny Cash. Yes, that’s what we leave behind here. Sickness, toil, danger. The infinite pain of learning.

But on the other hand, if my discovery is not illusory, we do not give up anything that is joy, enjoyment, youth, prettiness, jubilation, correctness and so on. Mind-blowing! One could enjoy his astral body after the death of the physical body? Yes, my good friends, it was written. I have just rediscovered in my subtle flesh(?) the Christian notion  called body of glory. It is about reality, the other reality.

The mantle of the righteous

A glorious body is the mantle of the righteous after the death of the body. The soul changes vehicles. And it can even be done for life !! No need to believe, no need to be dead!

So transmigration is real, this is a fact I can’t deny. Transmigration happens when the spirit soul passes from the physical body to the glorious body. And this transmigration is neither reserved for Christian believers, nor for the righteous, nor for after death, nor after an hypothetical ressurection of the dead. All communities to which I definitely do not belong. I have long expressed my doubts about the historical existence of Jesus, nothing less than attested by historical sources outside the church.

On the other hand, transmigration is unreal, this is another fact I can’t hide. During the lifetime, any trained person is able to travel with his astral body. Times will come when everybody do that. No feat. No sweat. Just plainand normal life. We do that every night, keep calm. Body outing is not sorcery. Body outing is a normal and traditionnal way to use your bodies. Or selves.

Religion has no connexion with spiritual life because it’s a dead end. I choose the party of life. In this case, why all this bullshit about being a Christian, a righteous and the Pope knows what? This last question tickled me, so I resumed my research. That I never stop long for the rest. And what I found left me speechless. 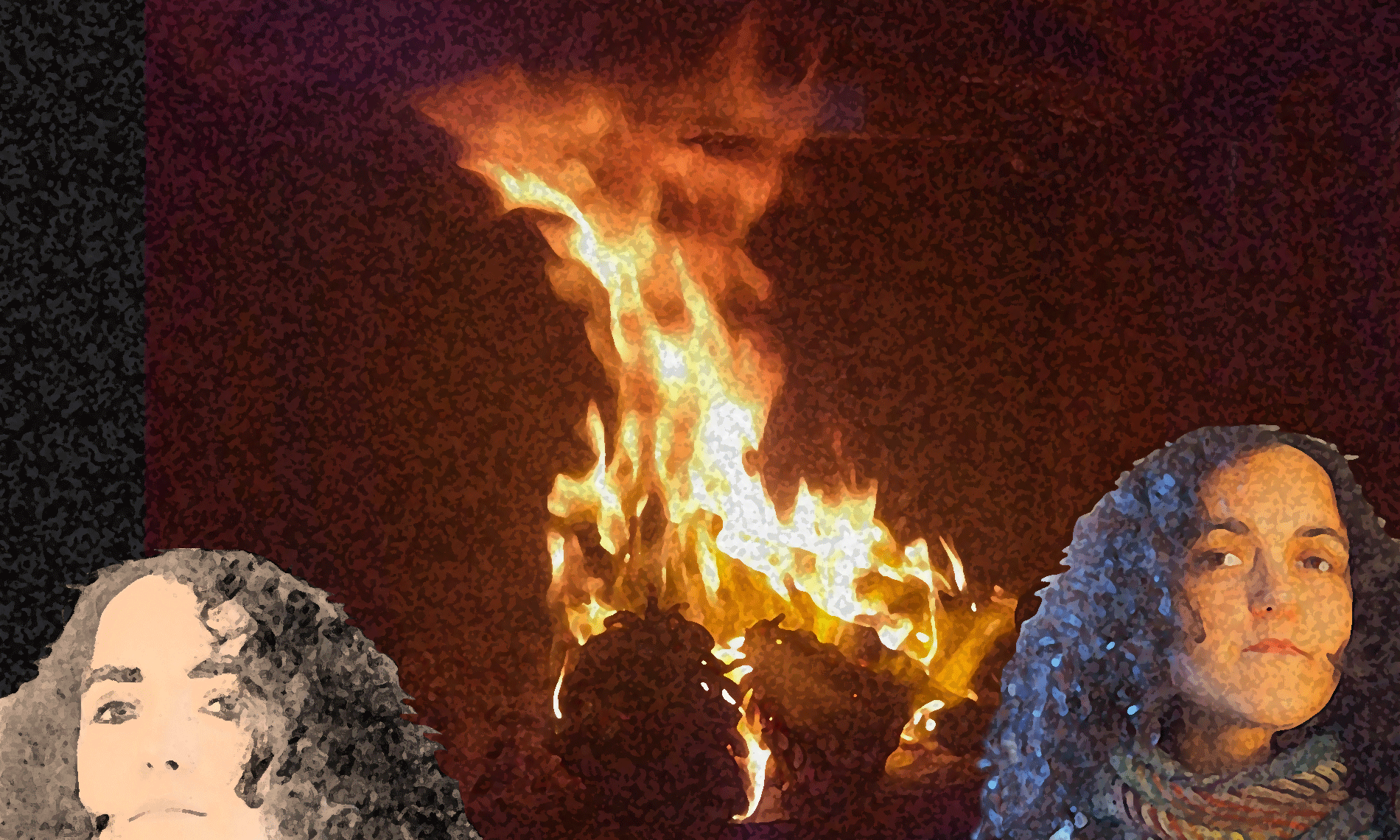 The risen Jesus said to the eleven Apostles: “These are the signs which will accompany those who will become believers: in my name they will cast out evil spirits; they will speak a new language; they will take snakes in their hands, and, if they drink poison mortal, it will not harm them; they will lay hands on the sick, and the sick will find good. “The Lord Jesus, after speaking to them, was taken up to heaven and sat down on the right hand of God.” (source)Gospel of Jesus Christ according to Saint Mark (16, 15-20) If God pilots the flying saucer, let us complain Jesus: he’s in the place of the dead. No problem, he used to be dead …and he knows all about resurrection.

Joking aside, I’m hallucinating again. I, who am neither a believer, nor a practitioner, nor a supporter of any sect or religion – same thing – I have however all the signs of it. I chase away evil spirits, I speak in tongues, I do not fear snakes, I am immune, I cure the sick by laying on of hands. Why, then? I, who was a Christian when I was a child, who wanted to enter into orders, and who completely changed my mind when I met bad priests.

So ? What am I exactly? A righteous ? An honorary Christian ?? Why me ?

In any case, if I have all the signs, I am a Christian. Name of Jesus or not, transmigration is won for me. If I manage to live it during my lifetime, since I make love in astral, why not after death? As soon as I’m dead for good, I’ll keep you informed.