Diamondlike lightning, transparent purity of crystal, purity of the mind liberated from its matrix of nonsense: lightning purifies the mind and makes it perfect as a flawless diamond.

Puzzling mystery! I explained the legend in another article. Here I care about the curious double meaning of the word, who is keeping on asking me. The Sanskrit word vajra means both lightning and diamond. I’ve been thinking this on and on for decades. A thunderbolt gave me the clue through an obscure text of the manuscripts found at Nag Hammadi, entitled “Lightning, perfect spirit” and subtitled “gift of Isis.” Isis Goddess gave us the perfect mind as long as we submit to her deadly kiss. If we survive, we will be as gods. If we die, who cares? It means that we do not deserve to live here and now. Anyway we will get another chance. Everybody does, even Hitler.

Kiss of the Goddess, as you guess, is lightning. In the Temples of Isis, the applicants slipped into a stone sarcophagus until the lightning falls on a sensor above their heads to drive the overkill influx down to their stone vault. Survivors are elected. And wounded people, pronto sacrificed. Other times, other manners. It took Quetzalcoatl in America and Ashoka in Asia to see the sacrifices of living beings abolished in these countries. Are they really? 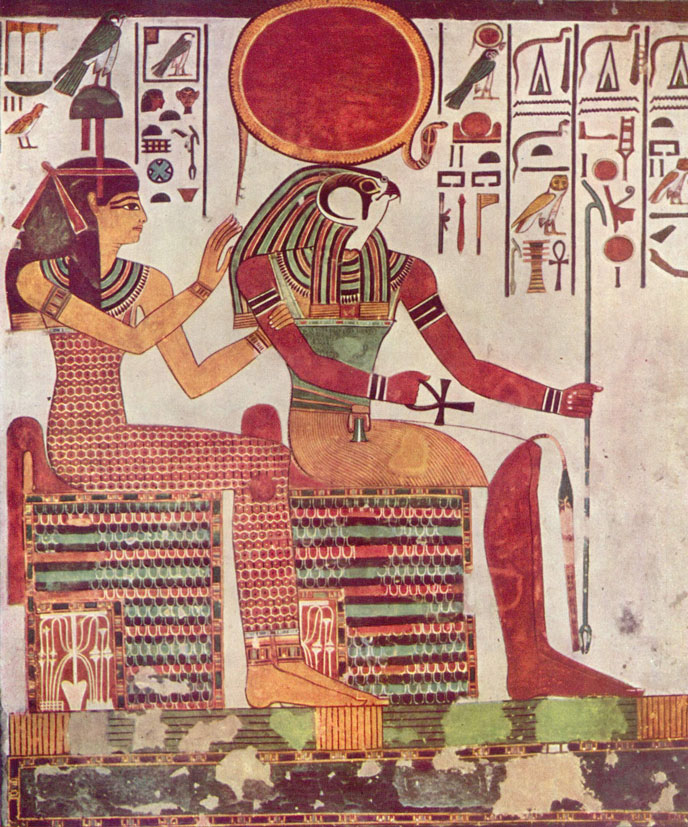 What does not kill us makes us stronger.

We saw how ancient civilizations focused on awakening and perfect spirit that gives enlightenment. We saw how they used the most dangerous and wildest techniques to achieve their purposes. They practiced trepanation to tickle the pineal gland – the gland of awakening, nestled in the heart of the cerebral mass.

They built fabulous lightning traps with polarized stones where they caught the power of flashes to turn into balls of lightning, much less hazardous for human health. Suddenly increase the tension of the nervous system to trigger the rise of kundalini energy, that was the goal. Not to grill anyone! Beware: the nerve impulse is a stream, it has speed, power and above all a direction. A sudden reversal of nerve impulses may cause the death of the subject – under certain circumstances. Many techniques, especially in Asia, have been developed to reverse nerve impulses. Many of them used the virtues of some sound modulations, vibrating sounds, or appearing to the ear as split or impossible to locate.

The original vajra had open ends, it was then a loud transmitter, a musical instrument if you want. But its music was unique. It harmonized the cosmic body, so to speak. It reoriented each electron body to its optimal frequency modulation, which enables it to better make and receive cosmic waves. We imagine the use of such an instrument was tricky because the power could kill him if he fell into profane hands. Listen to the words of Rigveda : “Now I describe the glorious deeds of Indra, who holds Vajra. He killed the serpent and made waters flow. He broke the hearts of mountains. He killed the serpent, which was taking refuge in the mountain. Tvashta made the Vajra for him. Like the cows making sounds, flowing waters reached the sea. Mighty Indra chose Soma, and drank from three containers. Generous Indra held Vajra in his hand, and killed the first born among the serpents.” (source)Rigveda 1.32

The vajra, when used, was thrown at one’s opponent. Nitin Kumar, in his article Ritual Implements in Tibetan Buddhism, tells us: “As a hurled weapon the indestructible thunderbolt blazed like a meteoric fireball across the heavens, in a maelstrom of thunder, fire and lightning.” (source)

Thus vajra has been considered one of the elements of ancient science deemed harmful to the human race, and, as such, have been set aside there are twenty-two centuries and preserved since the Nine Unknown.  This is also why a Buddhist legend, the Buddha, anxious to preserve the health of his contemporaries, was to join the branches of vajra which has since lost all effectiveness. In today’s Buddhism, it is no longer used as a ritual object, a symbolic only. The trumpets or horns of Jericho rather are part of these ancient musical instruments that were not used only for dancing.

Or rather for trance dances. We still possess some, such as Tibetan bowl, mountain horn, Australian didgeridoo and jaw harp. Some shamans or martial masters are still experiencing this kind of sound modulations emitted by the human throat in devastating purposes. One of the most famous in the West is the KWAI, the cry that kills the karateka. This cry -Kwai- is a sound blown on a certain note and modulated by a certain intention. There are many parameters to respect if you want to get the perfect kwai or -why not?- the precise sound that made the walls of Jericho fall.

I can tell you that this is an F sharp. Or a D, but what D? Every sound has its width, height, and depth. The sound I mention is multidimensional. Reproduce any sound is possible only by becoming this sound. Thus true music is trance music. There is no trance without dance … even if there is a transcendence.Lost in translation: transe sans danse = transcendance Who knows? Especially not me. And if ever I did, I would not tell you. And if I told you, you would not believe. And you would be right. Believe without believing, that is the rule. Not any obscure rule invented by sadism, but light to enjoy without clipped wings. I do believe it.

Yet if you ask me, I would say that I do not believe it. There is a simple, very simple way to find the range of sounds that heal. There is another way almost as simple to make, using a crystal and its polarized light, a laser to vary the intensity of nerve impulses. These concepts have been thoroughly and meticulously studied for millennia, they are part of the knowledge that the Emperor Ashoka ruled dangerous and he confided the secret to the Nine Unknown Men.

Imagine the puzzle: I have to tell your head stories that do not concern it. Worse: that threaten it. Only I do not have a choice. If there was a way to talk to someone other than your head, be sure that I would use. Besides, I try to do this the best I can, with images. Distract your greedy head, giving it an occupation while you and me, without it and its damn censorship, we can have a real exchange, heart to heart. These things are forgotten, yet they can save us tomorrow. Who knows? Soon the army will seat your cities, soon the walls will fall in dizzying sound of trumpets. And who will blow the didgeridoo?