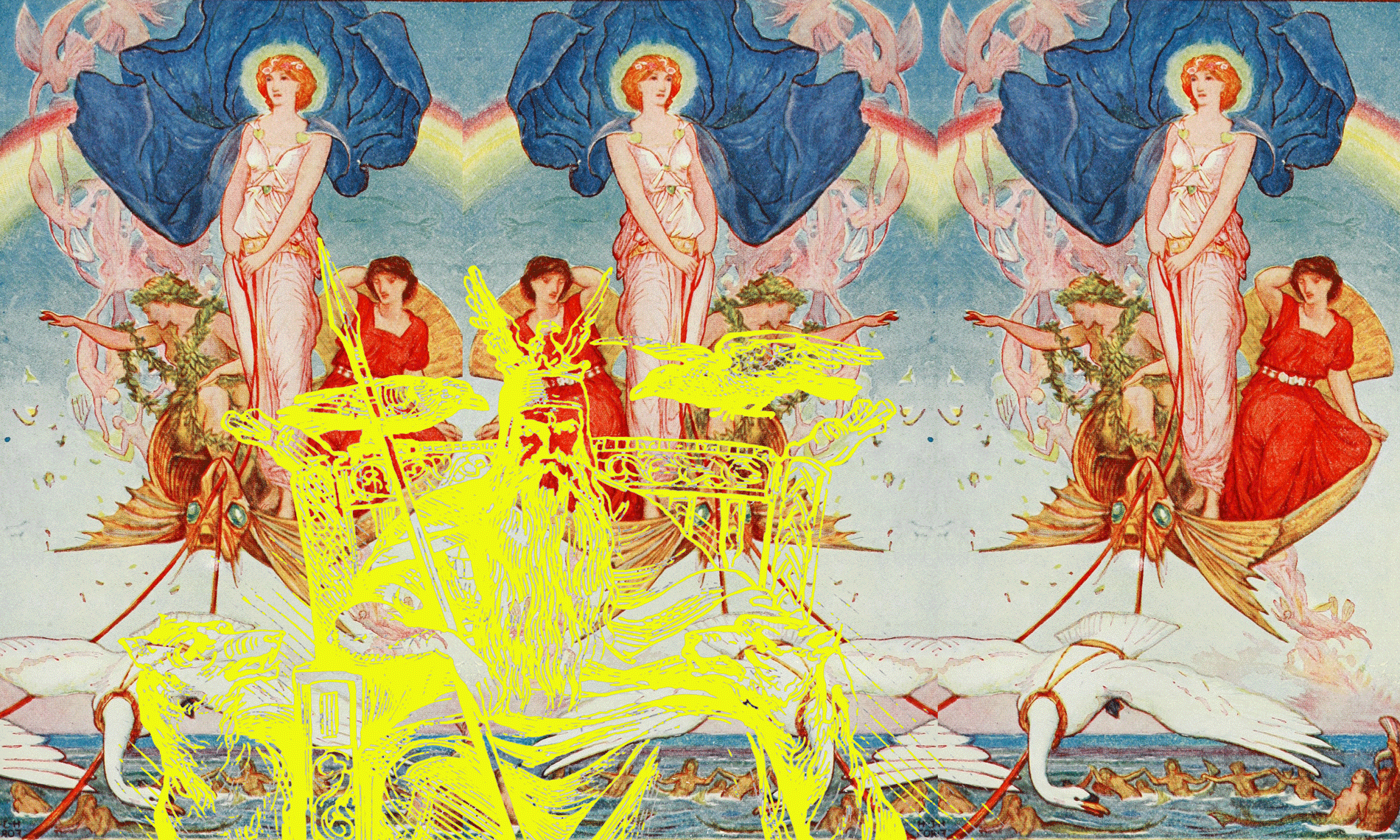 ODIN, my friends, this is the name of God !!! I do not invent anything, I unfold forgotten facts, as does my friend Xavier. This time I’m going to talk about the chief god of Nordic mythology, the first Ase and the leader of all the others. Yes, here comes the great Odin.

Let us summarize what legends tell about Odin: he had two major powers, on thought and memory. He knew everything. He had for him the knowledge, the art of poetry and that of the sacred war. It is also said that he was the master of the language, the conductor of souls, the one of whom one could not pronounce the name (do you like ..?). He had a frightening weapon, a bloody and poisonous spear, “the one that trembles” from which sprang the punishment of death. He was said to be master of life, by his magic ring. He dominated the heavens on his immeasurable mount.

A powerful taboo forbade pronouncing one’s real name. Although unnamable, it would become, however, everywhere, the fascinating god with a thousand names. More specifically, for the peoples of the North, Odin was said to be Bor’s son. That is, born “im Bären”, in the She-Bear, Ursa Major, the primitive Ur. He was the main member of the Ases … if we except Great Goddess Freya! In the language of the saga of Eden, Odin is a Hyperborean, and not the least. The equivalent of Zeus, Marduk or other chief gods.

Although omniscient, he was nevertheless initiated. He will reveal the secret of the sacred murmur, the divine invocation by the Runes. This elaborate code was a conceptual language with a sonorous and telepathic expression. To transmit it to humans, it was necessary to adapt. The medium chosen by the Hyperboreans was a recycling of the ancient Atlantean method, an adaptation on the same pattern. The challenge was huge: to designate everything by a short sound, be it an action or a state of mind, an intention or an emotion. Basically, summarize the essentials by relating it to human capacities, the foundations of thought and its infinite elaboration. Brief and meaningful sounds … Oh yes, you understand: the phoneme was born!

Odin was initiated by Freya. See! The local God reported to the boss. We see who is on charge : Odin is not. Here is a legend that has not been virilized by the male power. In the Greek or Sumerian versions indeed, the Goddess appears erased. She seconds a dominant male, whether Prometheus or Enki. In the Bible, the Goddess has been erased totally: the ancient Jews were mysogin, as revealed by the Holy Trinity of three males. Here in the Nordic version, the Goddess is recognized as the initiator, the one who knows, the one who governs and gives orders. Freya, our mother of all, is the northern equivalent of Ninhursag, Isis or Athena, but more frightening. On her own, she will make a new humanity more powerful than the previous one: ours, fifth of the name, and last in date! But not ultimate. 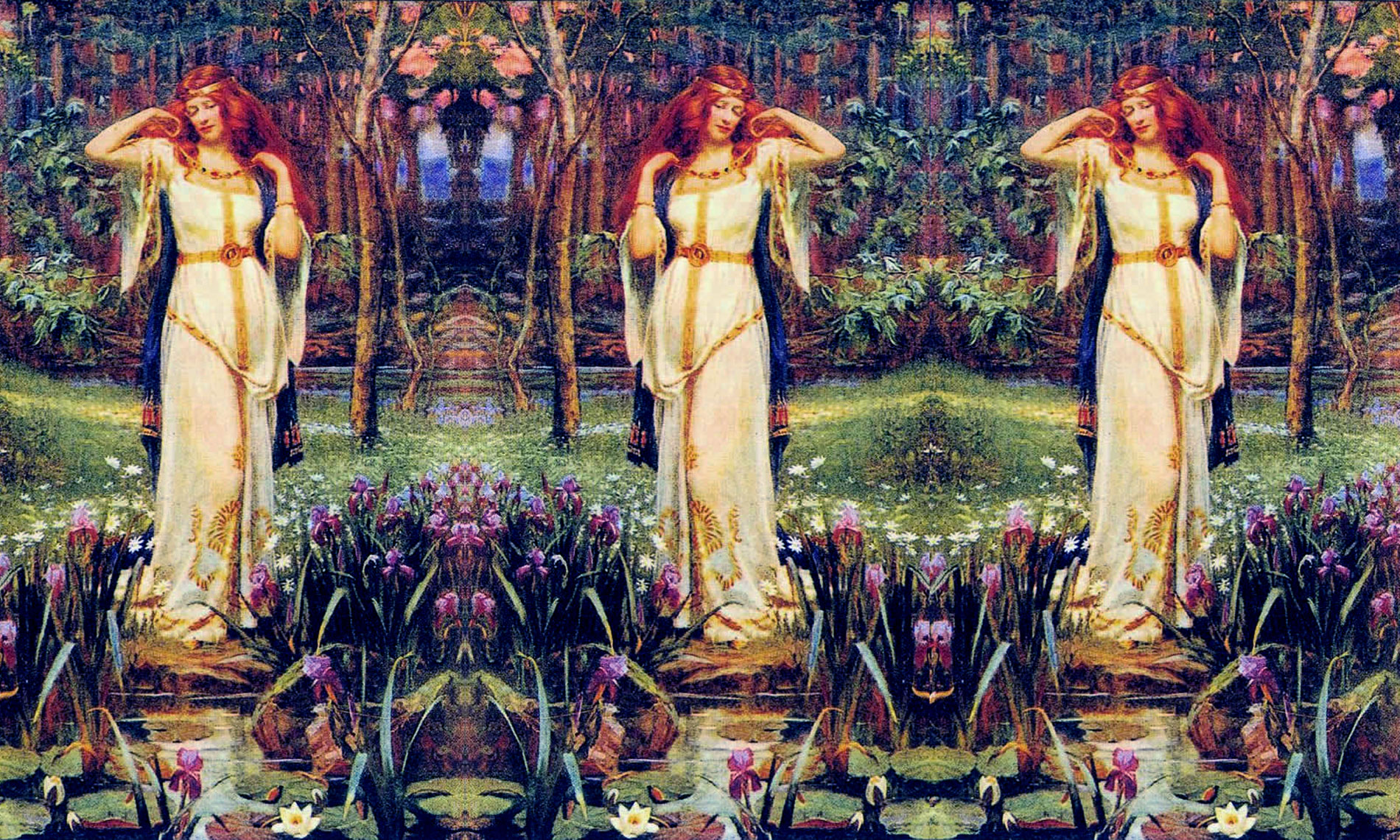 Freya is the matriarch. Respected inspirer, she is the Great Goddess, pioneer and figurehead of Matriarchy. She could inspire humans unbounded terror: the French word frayeur, English fright- comes from its name. A woman of power, depository of the technique of Life, ie genetics, she was going to create new humans without sexual generation. Which, translated into religious language, would give this myth of birth by virgins.

Odin was armed. One of his fabulous objects was the spear Gungnir, who never missed his target. He was just aiming for the guy … Unless that remote-controlled and “almost indomitable” weapon was a kind of old-fashioned drone, a laser-guided rocket launcher or some other technology made in Ur too advanced for our understanding?

The legend tells about Odin’s death: he will hang himself from the tree Yggdrasil – another suicidal god ??? – and then his body will impale himself on his magic sword. All these weapons are not magical, but from a high technology, as Xavier Séguin has amply shown.

Another attribute of Odin was the Draupnir magic ring. Every nine nights there were nine rings in all respects identical. By bringing the legend back to a human experience, we understand that cloning was familiar to him, he ordered it on Earth. But if we turn to literature, we recognize the Nordic influences of Tolkien, whose ring and his clones owe him a lot.

And what does its end tell us? Odin disappears while hanging over the Yggdrasil tree and then impales himself on the Gungnir spear. But Yggdrasil is not a tree, it’s a ship, which connects Earth and Heaven. It’s the space shuttle with Nordic dressing. A legend, a myth? No. A fact of war. The story of an accident, the veiled evocation of a terrible cataclysm that sees cut the link between the Earth and the Heavens, for the fault of a weapon of total destruction that escapes the control of its owner. This is undoubtedly one of the atomic catastrophes of past times. 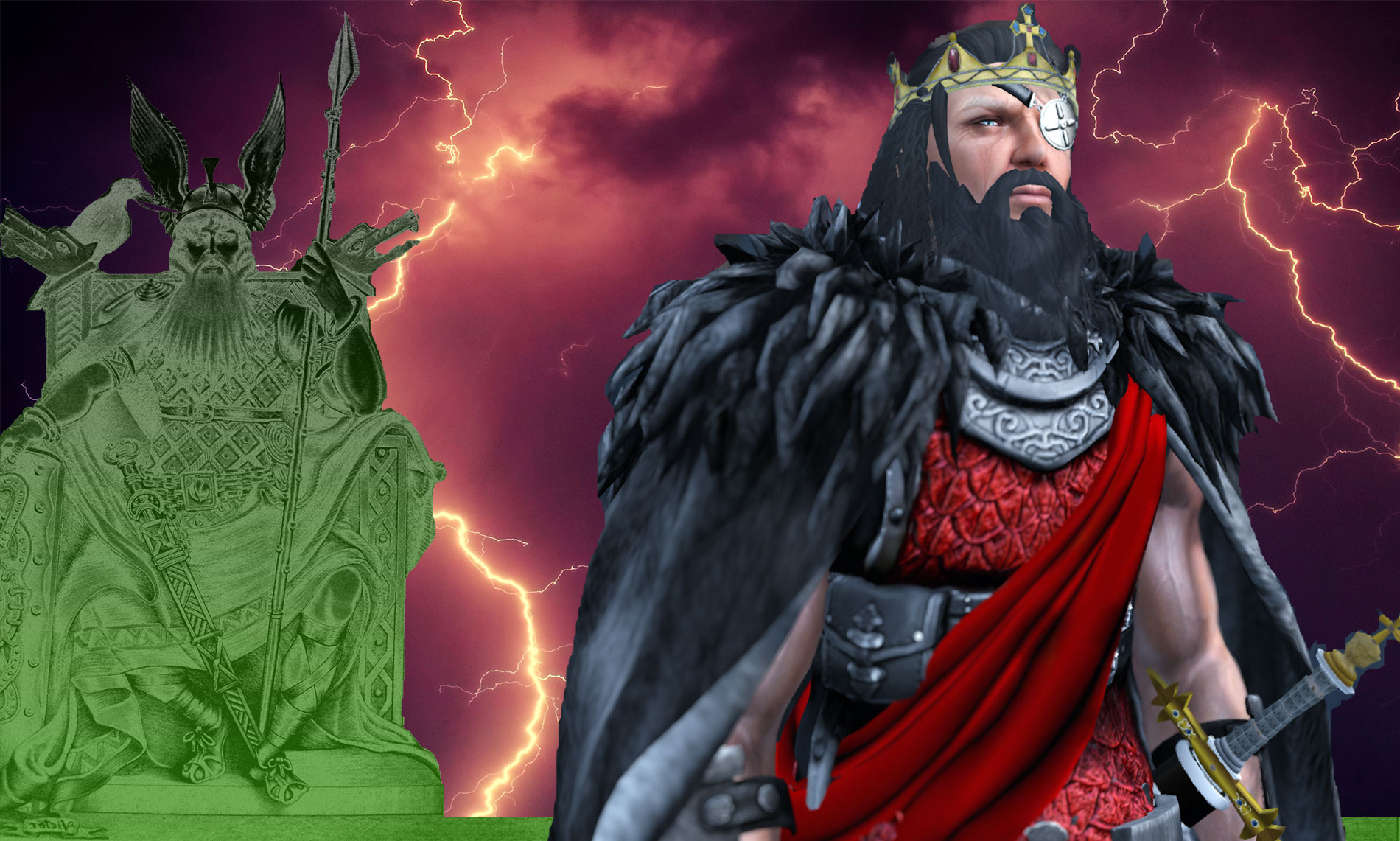 Odin, for all that, will go far beyond the Nordic imagination. When the Hyperboreans had installed their titanic strength in Asia, a god named Wodha emerged — we recognize Master Yoda of Star Wars. Wodha, who will become Budh, then Buddah, the name of eternity. Everywhere, in all the cults around the globe, the name, sometimes deformed, of this ancient Wodh will circulate. A region will be dedicated to him, Gododdin, on these moors of Scotland conquered by the Scythians.

But of course, the story is more spatial. In fact, it was from his stellar lair that he was going to imagine how to try the earthly adventure again. A fabulous odyssey, at the other end of our visible sky, in any case far from his home planet, Alcor, on the side of Ursa Major. What the legend implies is that, feared and respected, he was an outstanding administrator, a responsible and cold warlord. It is likely that this male figure is an attempt of the patriarchal power to erase Freya, the true patroness, the matriarch. What does it matter? It was Odin who took the first place in our imagination. This is probably false, but in terms of protohistory, what is not?

Once on Earth, the Hyperboreans would talk about him with fear. As for Freya. In their elaborate language, whose name we could not pronounce as human, they would sum it up to a sound, an onomatopoeia at once chilling and ultimate, symbol of the “all”, the eternal. Distant and elusive, it would become for humans a tutelary, omnipotent figure. At the moment of describing it, they could not be precise. Then would flourish in their mythologies all the names of the “King of Heaven”. Ogme, Ogmios, Mercury, Mars, Woden, Wotan, Hercules-Heracles, Jupiter-Zeus, Prometheus, Esus, Taranis, Teutates, Lug, Marduk, Enki, Ahura-Mazda, Shiva …

And of course Odin, which was only one of his names. But above all, he became “E”, the Eternal. In any case, it was the name given to him by the Hyperboreans, who broke with matriarchy. It would be the name of God on Earth for millennia to come, embellished with local sauces.

Today is incarnated before our eyes his latest avatar: the internet god, whose code name is precisely the letter E … whose full name is Google, or GAFA.