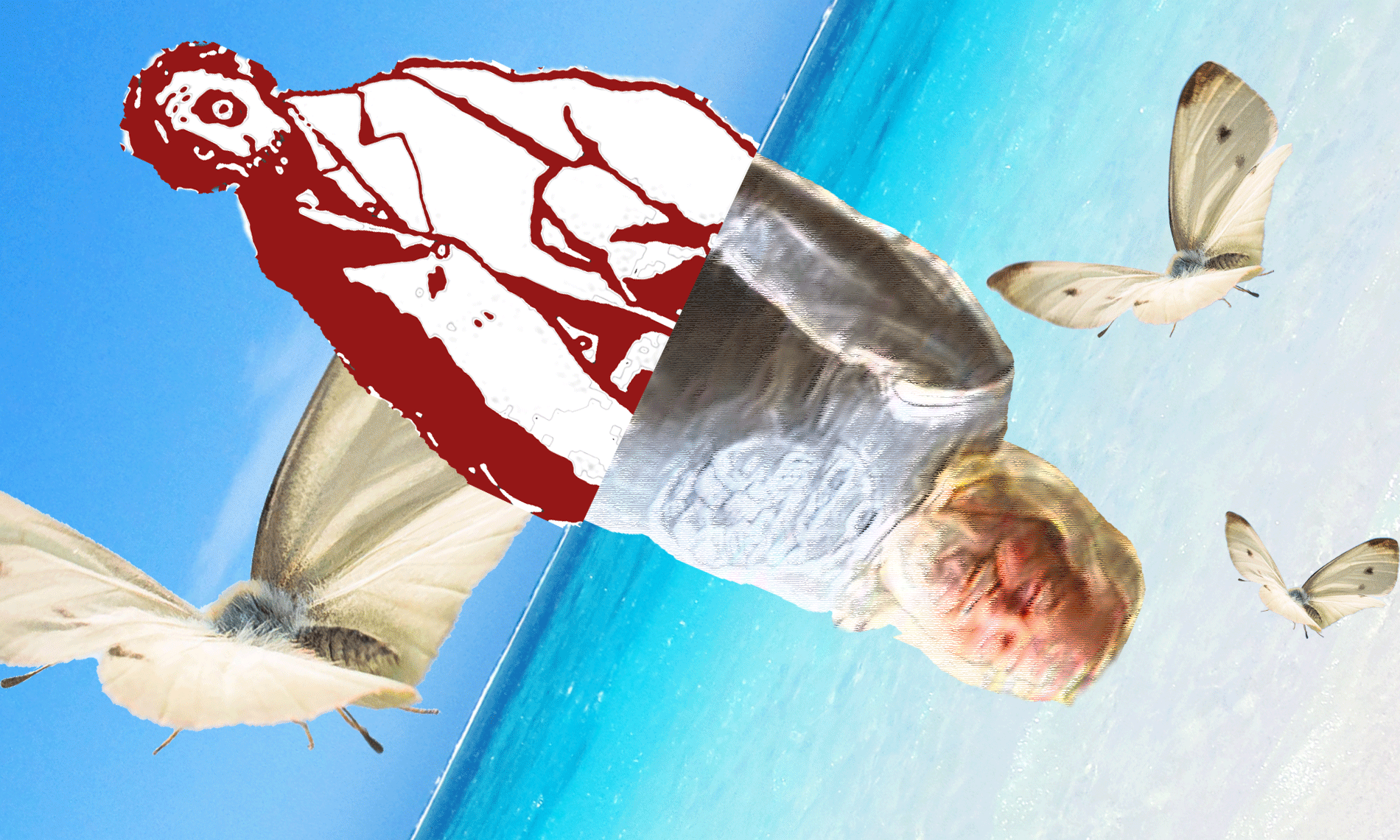 Finally he disappeared for good, at the corner of the boulevard and in the small street. He left town, he left this world too, he left without leaving an address, he had never had one. I saw him a long time later, but I still doubt it. Too singular. Like him…

He doesn’t care, the old jerk. He’s always been nuts. But when I found it at home, in my lighthouse, I found it doubly strange. Strange that he lives in the country, the pure air gave him pustules. Strange that he did not take wrinkles, strange stranger, he remained the same as fifty years ago. During this half century, on the other hand, I took dearly. I’m double his age.

Not that I’m jealous, I can’t believe it, that’s all. I tell myself it stinks of hallu,see nation the good banal mirage, my ordinary channel. I have never had my feet on land, so I took to the sea. On a pebble, you feel less of the waves – except when you catch them in the face. I’ve always had my head elsewhere – don’t wonder where, I never knew. Still, this old lady looks a lot younger than me, who is old enough to be her grandson. It smacks of a temporal paradox. How did he do that? I don’t know. Come give me your hand. (listen)

Let’s go to the Simone orchard. It’s not the season, I know, it doesn’t matter. We will eat medlars. I’m still kidding. What orchard? On a rock beaten by the waves? I digress, mistress. The weather is fine, the sea is on fire, the coast is burnt. Mmmh! A good piece of Côte Rôtie!English: Burnt Coast. A fab French wine I digress again and without a railing. Adventure, when you hold us! Come give me your hand. (listen again)

The strongest in all of this, it’s not him, it’s me. He’s been dead forever, tell me I never knew him. Neither seen. Nothing but halluses. Books that I read. He came out all armed with my hard head one fine day when I was going into the wall. It aint no use to sit and wonder why babe If you don’t know by now. (listen) Like in the song, when the rooster crows at the break o’ dawn Look out the window and I’ll be gone. This is the story.

And his business is not lacking in nerve, the imagination of a mercenary, moldy of agreement, but first of all ballsy. I swallowed it all. It stalled me. I ran down the valley for a laugh. To go to the salt sea. Install me there. Unpack everything. I have nothing. Sane, dead body. I’m still there. Everything is connected, except the old pig which slags to death. Gawd he is gore! A vain spirit in a pig. All naked he sucks in the spray. Would not change a thing. I am feeling soooo fine. 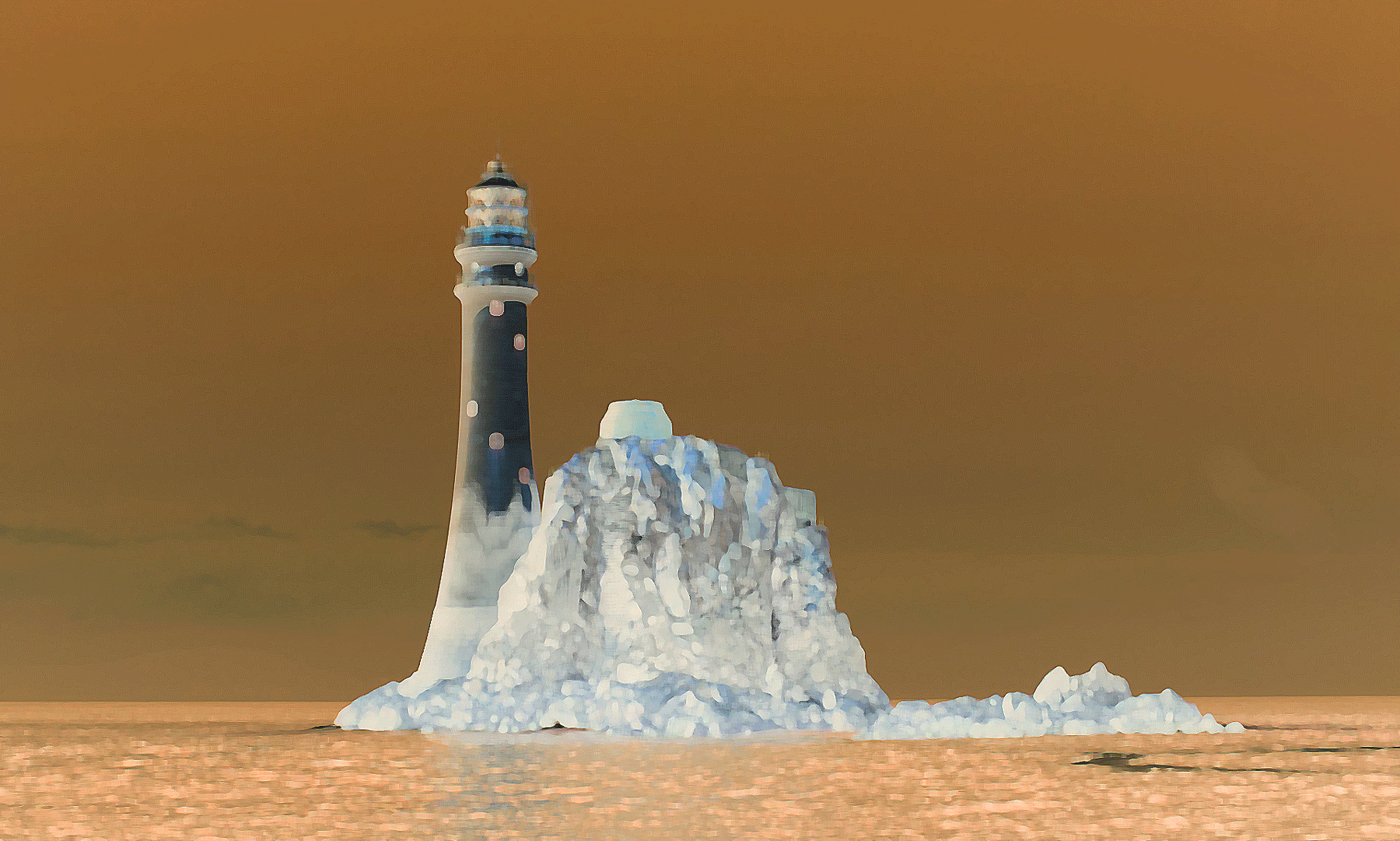 Even if you came back, I think nothing would help. Vieux Patate is dead forever. And yet … Yet I feel he is alive and well. Very stinking too. Well coming back. Well swelling. The swelling! What crisis?

And yet, I already had all the elements for a long time. Human nature is so made that the very obvious details are often the most overlooked. I cling to insignificant details, I nitpick, I quibble, I bicker over trifles, the solution is in my eyes but remains invisible. It’s laughable.

However, it is true. I hear it all the time. Every day that God makes the Old Man is there. Potato talks to me as if he was in front of me. I hear his shoestring voice in my noggin which rehashes with a spade and uncorks a cibiche while hissing Portuguesh. Hell! What’s wrong kid? Souvenir of Mainland China, very beginning of the road.

It all starts in Macau. Portuguese colony at the time, at the beginning of the seventies, Micha and I landed there after a first flight which lasted more than thirty hours. And that cost two months’ salary. Our meager savings have gone there. We had to work drudgelike hard to pay for the return ticket. The end of the world was really far away at that time. Out of reach. It got very close. Too much perhaps?

During long months of exile, Macau concentrated the extremes. The beauty, the ugliness, the allure and the horror of the sad tropics. Happy as an exotic fish in warm seas, unhappy as a crouton behind an old colonial trunk. Yes, my faith, for me the road started like this. A school year in hell. Teacher of French as a foreign language. College of girls and prayers. Hell gambler, sad growler.

Right or wrong, get along. Day and night, bugging rogue is the plague. Kill boredom, turncoat steamboat where the scheming stinks. Months of wood, peeling paint, city abandoned to pirates, they left the China Sea to land on this rock. The tame Portuguese let them settle there. Then starts traffic in gold and maidens, world catalog of bitches in luxury hotels, naked whores in cages waiting for sugar dad rua da Felicidad.Felicity Street Macau is a debauched, out of line, neglected city, spewed by a drunkard in the middle of the road.

Sad Tropics, Claude Levi-Strauss said as he got there. It sucks, it stings. My chaos Macau. Sordid galore. Sinister painting. Could it be that I …? Marked forever am I? Disgusted with having? In a hurry to know. It’s getting late and I’m sick and tired of that heavy mess. I walk along right to left, visit places of debauchery, closed houses, murky lowlands, gutters, sewers, wells; touring and exploring the asshole of the world; pure pleasure for the eyes, hard pleasure for the old; seems nice when you arrive, but if you had to stay …

I’ll stay there forever. Yet it is the plague. I stay hung on this old rock beaten by the winds, drunk by the currents, whipped by the foam, drowned by the mists, struck like an anvil by the hammering of the blades, I will lose my soul there, and yet I hold on to it. Evil comes, sad bond, terrifying posture.

All that for that, as they say at Je Suis Charlie. A life of trial and error, flying mach 2, full speedometer, a bit adventurous, but above all dreamy. I needed an ad hoc double. Shock stuntman. Not the nag of the paddock. A Captain Haddock being kidnapped on the docks. In filthy jeans and worn-out coat, this old man is not fake. I chose the right seal. 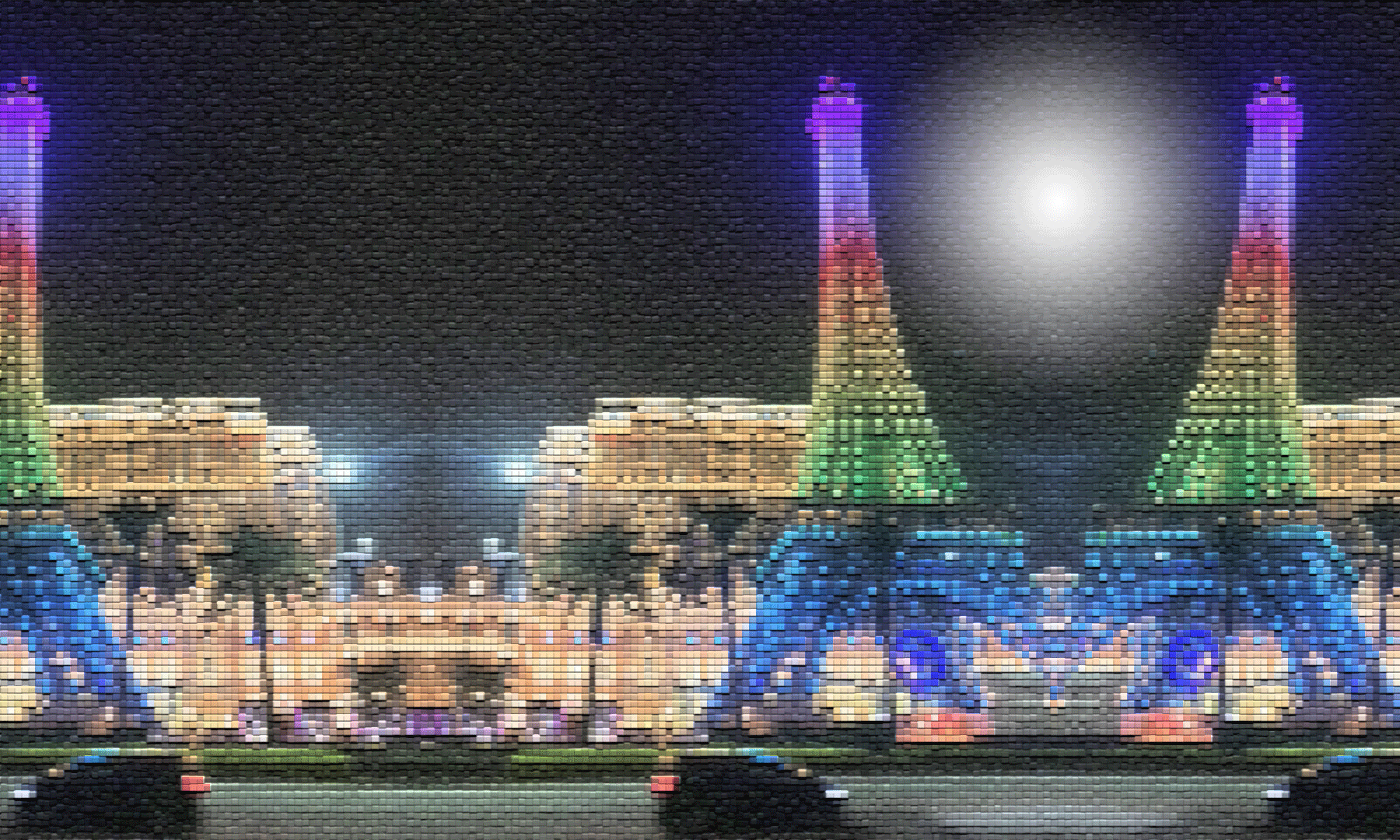 Atmosphere is what matters. Mine has gone rancid. The lighthouse was intense, so small, so gray, stormed by the waters, seems silly, I don’t like it much. Why stay there? The days and especially the nights of winter weigh heavily on me. The nights and especially the summer days make me want to cry. Prisoner of their own free will.

Again the old Enoch who remembers my past. Enough. Who needs a guide to help him climb? Grandpa. Am I a wisteria plant crying for its tutor? Liar. Too lonely in my tower, longing for friends around. Friend yes. Guru no way. My guide is interior, so is my tutor. It is my kundalini, my column of life, my path of energy.

Follow me if you want, be you if you can. There is no greater happiness than to open your heart wide. Love always, your days are short. Your summers are numbered. When time runs out, long live the moment. The spot without time. Eternity. Moth-eaten?Lost in translation I didn’t bite a bit.

-Shit ! -Eat. Dialogue of primary school. I was brilliant then, for once, thanks to Loulou my mother who, in her words, pushed the sword into my back. It means cramming all year round in the hope of passing the grade entrance exam. Serious as anything, it’s hard working. I didn’t care. At Easter, the entrance examination for the sixth grade is canceled. It sucks, I worked for nothing, good first hands down and not even an exam. It healed me from the first places until the end of my classes. It taught me to fake. To yell at. To move back. To throw up.

We looked satisfied but had nothing to shake. From elementary school we knew how to pretend to be stupid, pretend to be happy. We cultivated hypocrisy, lies, manipulation, to the point of becoming an expert in falsehood, from false asshypocrit to false modesty through false brotherhood. Pleasant ways.

Incendiary. Pyromaniac firefighter. Enchanted enchanter. Under construction, yes, too. Who will say he is finished? Everyone can be improved. Don’t get the wrong target. Don’t hesitate. Evitate. The opposite is harmful and its party laughable. 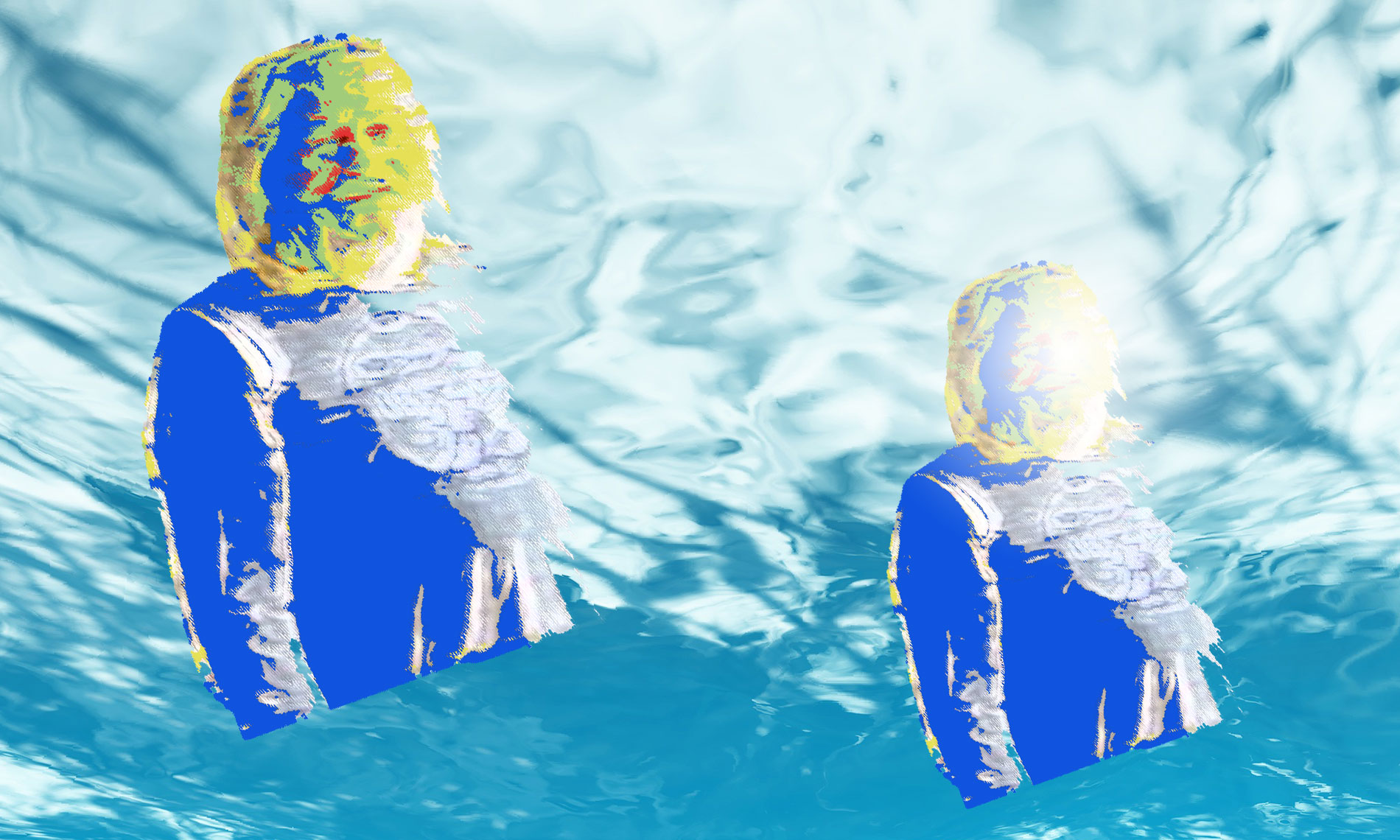 Is it the end really? Wait and see.

Never forget that everything is ephemeral, so you will never be too happy in happiness, nor too sad in sorrow.