I discovered Bergson’s philosophy during the classes of Jean Millet, a passionate Bergsonian, an exciting teacher. I have nothing of a mule, but I kept a strong tenderness for this glittering humanist with so new ideas that the university philosophy doesn’t accepted yet.

Henri Bergson brings a breath of freshness and humanity in a time of upheaval, since his life took place between the Commune, the first and the second world war. The world of that time, violent and material, was dominated by the number and the quantity. He was in great need of singers of quality, which he was like his contemporary René Guénon. Bergson’s influence was considerable. At the end of the nineteenth century and during the first half of the twentieth century, he questioned both the intellectualist philosophies, which claimed to have access to the real through the exercise of intelligence, and the “scientistic” solutions, according to which the the only valid knowledge would be science. (source)

That’s what I liked when I was 20 years old. The mistrust of this type who refuses as well the intellectuals of the brain who believe only in the intelligence, and the scientists for whom only science has answer to everything. It depends what science … Bergson stands out from his friends as his teachers, oh that I like it. If his rebellion is less total than that of Nietzsche, Bergson has a way of returning back to back Plato and Descartes quite delectable for the student that I was. And that I’m always, I must agree.

My good master Millet was accustomed to say that there are three great men of the beginning of the 20th century who illustrate the same inner tendency, the philosopher Henri Bergson, the novelist Marcel Proust and the poet Paul Valéry. “At the death of Henri Bergson, Paul Valery saluted “the greatest philosopher of our time.” After centuries of primacy of reason, Bergson had revolutionized thought by introducing intuition as a method to know and understand life An explorer of consciousness, relying on recent discoveries in psychology, a scientist close to Albert Einstein, he developed a theory of duration as an expression of our deepest self, and so philosophy found with it the importance of the inner life and spirituality as opposed to a material vision of the world.”   (source) 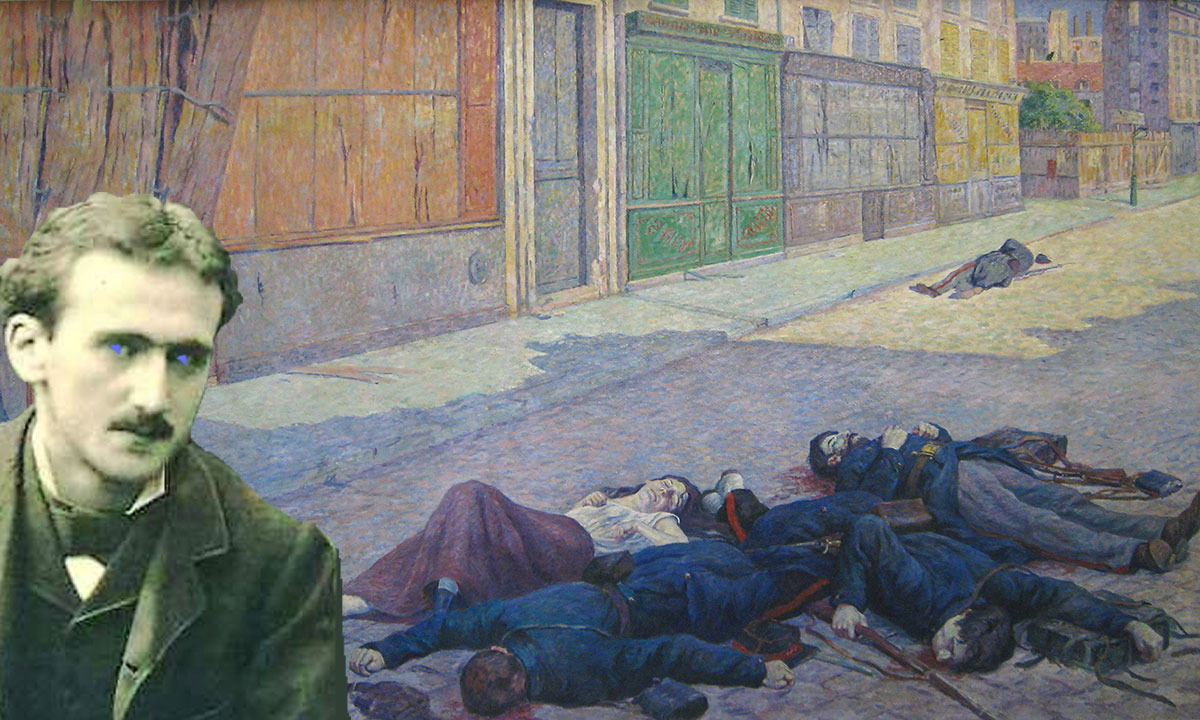 Bergson has written several fundamental works, Matter and Memory, Creative Evolution, Laughter, Spiritual Energy. Each of these works deserves a nourished article, provided that God gives me life. For now, I chose his first essay. He sets the tone of the entire work and provides a good introduction to Bergsonian thought. Published in 1888, this first work is entitled Essay on the immediate data of consciousness. Do not be afraid of the title, the result is much clearer. From this book are drawn all the quotations that follow, of which I make the critical examination on a benevolent, but implacable, mode. Who loves well chatises as well.

“We are necessarily expressed in words, and we think most of the time in space.”  (source)Henri Bergson, Essay on the Immediate Data of Consciousness (1888)

Sorry, Master Henri, it’s a poor start: I reject your “necessarily”. We do express ourselves in words, but we also express ourselves beyond and below words. Beyond words: by the silent language of the transmission of thought or rather the transmission of emotions — by means of scalar waves. Through the silent soul to soul communication, the superior one. Beyond words: by the language of the body. A good observer can deduce a lot of things by detailing the gestures, the attitudes, the expressions and the grimaces of his interlocutors. Conversely, when we are deprived of the language of the body, in front of a written text for example, it is sometimes difficult to interpret what we read. Hence the invention of emoji: to overcome this absence as they could.

I have often insisted on the triple communication that is always established between two beings, most often without their knowledge. They talk to each other, they suppose that their exchange is limited to these words. Henri Bergson, any philosopher he is, believed that because his time context admits nothing else. But thanks to sages like him, precisely, the end of the 20th century opened to other modes of nonverbal communication, such as those I mentioned. We are an amalgam of three selves / persons nested in each other, like Russian dolls. The body, our most material person, is enveloped by the aura, our spiritual person, totally immaterial, which I call the spirit person. Between the two, to make the link between these two entities from two irreconcilable worlds, there is the subtle body, or astral body, which I prefer to call the heart person. This is the secret meaning of Christian Holy Trinity : it applies to each of us – a recipe to become a god! If you are interested in this issue, refer to Three Persons In You.

“If I look at a road drawn on the map, nothing prevents me from turning back and looking if it forks in places. But time is not a line on which we go back. Bergson adds a little further: “Can time be adequately represented by space? »- What are we answering: yes, if it is the time elapsed; no, if you talk about time flowing.”  (source)Henri Bergson, Essay on the Immediate Data of Consciousness (1888)  Yes, of course! Time is also a line! We can even travel on it! But Bergson could not know it. The door of time was not yet open.

Bergson adds a little further: “Can time be adequately represented by space? »- What are we answering: yes, if it is the time elapsed; no, if you talk about time flowing.”  (source)Henri Bergson, Essay on the Immediate Data of Consciousness (1888)

This is the key point of Bergsonian thought, a notion never before approached. There is the time that is measured, the time of chronometers and science, a cold parameter like a dead fish. And there is the time that is not measured, which is subjective and incomparable, which is elastic and malleable, the time of the moment, the lived time that Bergson calls duration. Bergson is the philosopher of quality, a notion that largely escapes science, which only cares about the quantifiable. Quality is not measured, does not compare, does not curve or equate. If Bergson had not pointed this out, philosophies of subjective action like that of Carlos Castaneda would never have emerged.

“What makes hope such an intense pleasure is that the future, which we have at our disposal, appears at the same time in a multitude of forms, equally smiling, equally possible. Even if the most desired of them comes true, we will have to sacrifice others, and we will have lost a lot. The idea of ​​the future, pregnant with an infinity of possibilities, is therefore more fruitful than the future itself, and that is why we find more charm in hope than in possession. to dreams than to reality.”  (source)Henri Bergson, Essay on the Immediate Data of Consciousness (1888)

A simple idea that everyone can approve. Dreaming the future is often more rewarding than living the present, the fact is known. But this daily fact, even banal, becomes a powerful paradox when dressed as a philosopher. In his time, the paradox is even so new that poor Bergson is taking his feet in the carpet. See, “The idea of ​​the future is more fruitful than the future itself,” he says, without realizing that the future is only an idea. Indeed, when the future comes true, it is the present.

This was truely expressed by late Janis Joplin, when she said in a concert : “As we discovered in the train, tomorrow never happen, man. It’s all the same fucking day.” 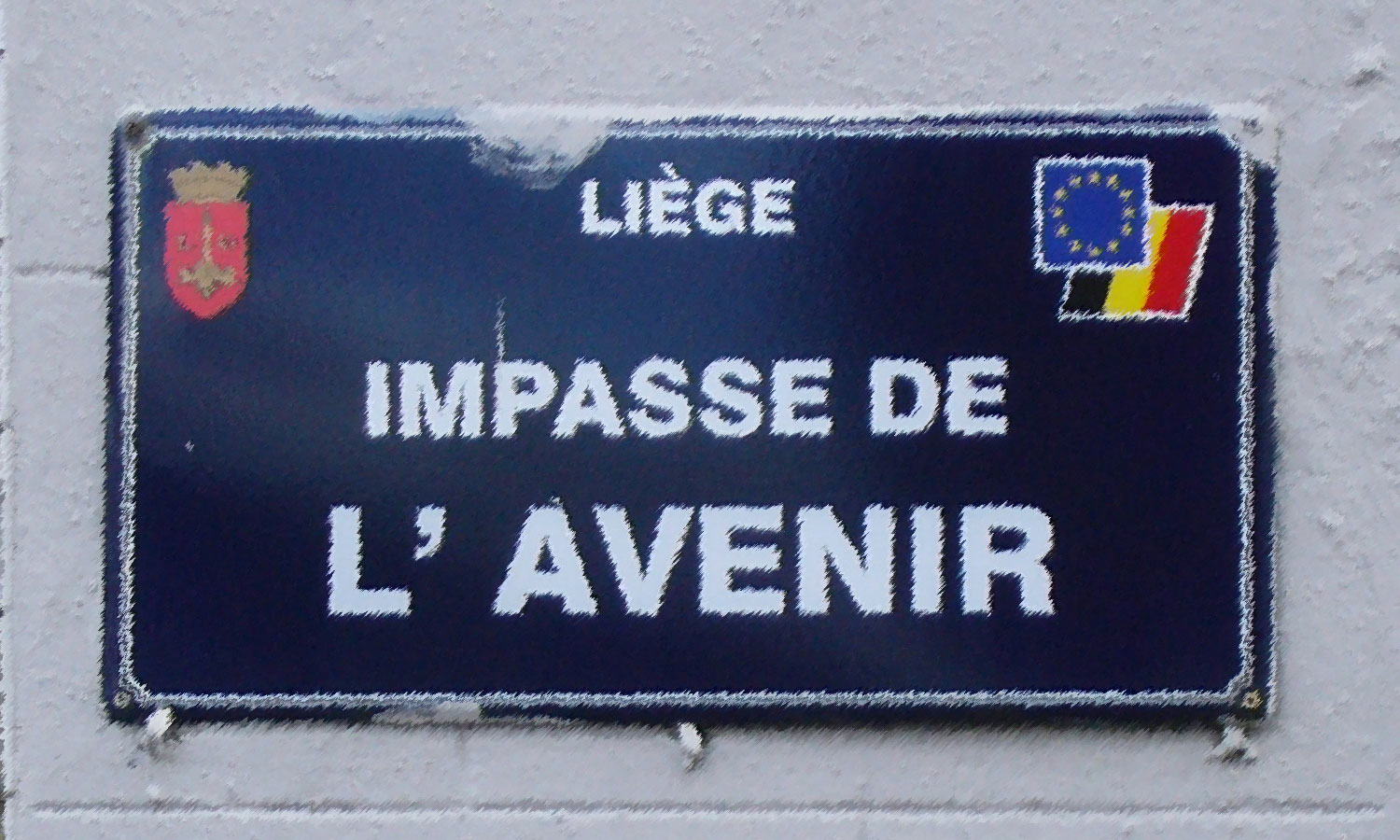 “When asked if a future action could be foreseen, we unconsciously identify the time that is mentioned in the exact sciences, and which is reduced to a number, with the real duration, whose apparent quantity is really a quality, and that it can not be shortened for a moment without changing the nature of the facts that fill it.” (source)Henri Bergson, Essay on the Immediate Data of Consciousness (1888) Bergson brings us back to his master intuition, the irreconcilable existence of two descriptions of time, the measurable one of science, and that of life lived, which is not quantifiable in essence … and by existence!

An idea like this could be seen as a prefiguration of an emerging philosophy, existentialism, as defined by the strong maxim of Sören Kierkegaard: “existence makes all systems burst.”  So Bergson did …

“One must know how to attach a price to the useless, one must want to dream.The man alone is perhaps capable of an effort of this kind.” (Henri Bergson, Matter and Memory)