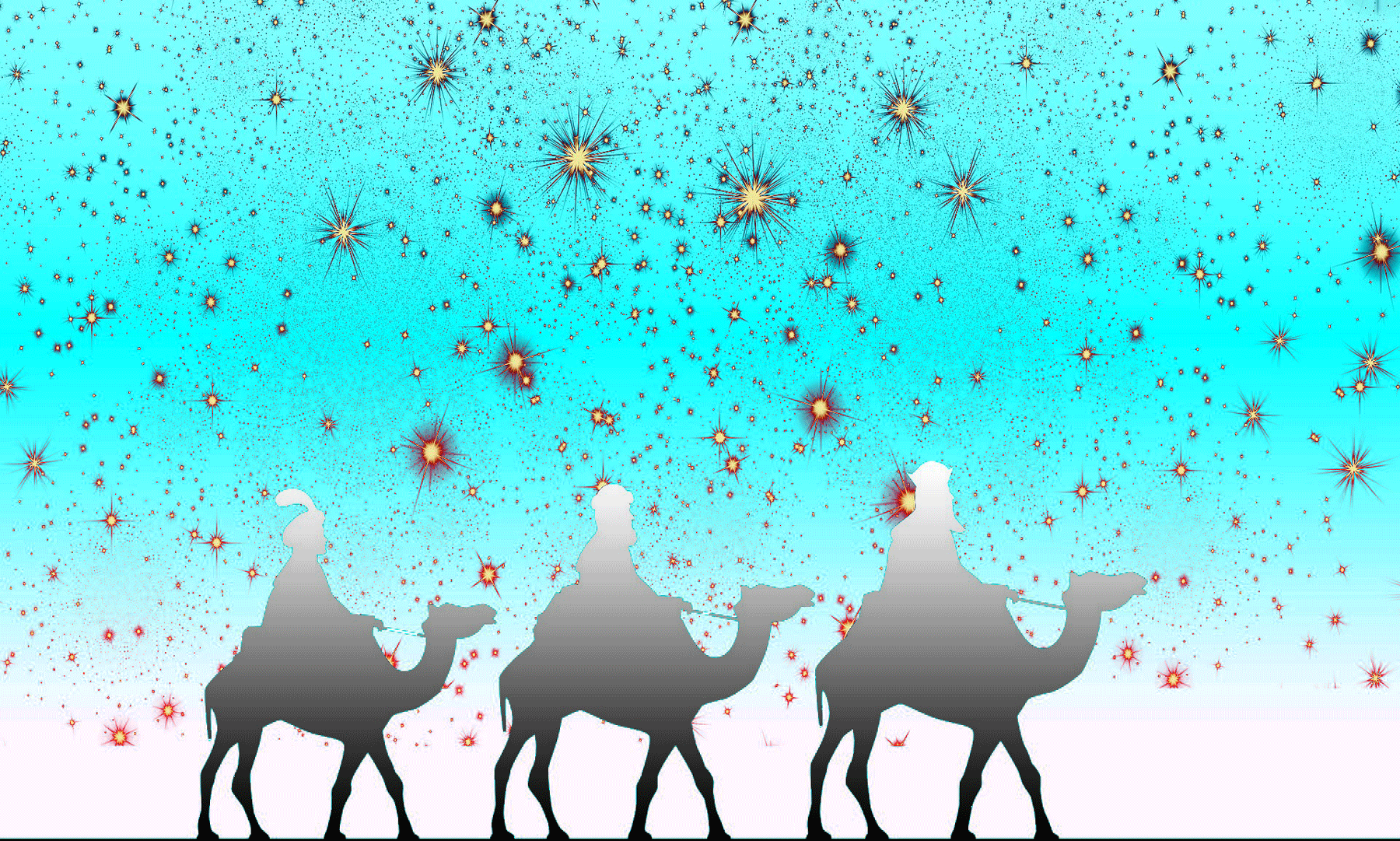 The word sorcerer is ambiguous. From the nagual to the druid, from the magician to the mage, from the healer to the magnetizer, from the bio-energetician to the miracle worker, from the therapist to the enchanter, there are a thousand ways to practice this ancient art. There are still old-fashioned village wizards, who heal almost everything. I’ve been said that some can send spells.

The energy they use is also that used by healers, bio-energeticians, magnetizers, etc. I call it subtle energy. It is quite measurable, and its effects are reproducible. One day science will deign to take an interest in it.

There is no white magic distinct from black magic. There is magic at different stages. Similarly, there is no positive or negative vril, there is only energy. These adjectives do not describe a solid state, but an unstable mode. What is positive can become negative. No one is all white nor black, the limit moves in the heart of each. Sit in a circle, listen to my narrative. Feel good.

The sorcerer or shaman uses energy to perform acts that seem to be feats. They are not. Prowess is elsewhere. It is to master the living energy, the vril, which gives the sorcerer his mana, after transmutation by the wheels of the chakram. 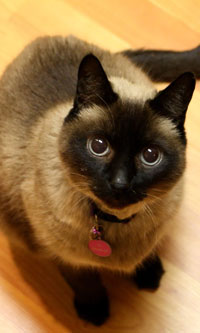 Let us be clear: energy is not defined first as positive or negative: energy is mostly energy. Cats are capable of transmuting energy, changing the negativity of a vibrating point into beneficent waves. This capacity has earned them the sad role of providers of remedies: until the last century, the fur of the cat calmed the articular pains and dissipated on the skin the rashes of the eczema, among others. The spiritists multiplied the experiments on animal magnetism, and the cat occupied the first part. You don’t need a cat to transmute energy. When you digest, your intestine transmutes food, coarse particles, into subtle nectar, directly assimilable.

Several categories of human beings have the role of separating the subtle from the thick. What the intestine does for the body, they do for the social body.

Sorcerers also assume this function. Magic is not a science that is learned in books, although some readings are not useless. The magic always comes from a change of position of the assembly point. Or, if one is not familiar with the nagualism of Castaneda, magic consists in changing of world, instead of striving to change the world.

The magician or enchanter modifies the level of perception of the patient, who suddenly finds himself propelled into a different world – scarcely different, yet quite different, so that his illness no longer exists. In this new world he is cured, better, he has never been sick. You may have been lucky enough to see a healer taking out fire, how his hand seems to wipe the wound, as if the wound had never existed.

That is the case. In the different world where the healer has projected the patient, there was never any burn, the skin remained intact. In my experience, this is the process that is found in all miraculous healings – at least inexplicable.

The living energy, which runs in nature as under the vaults of sacred constructions, to become the mana by which the mage performs miracles, must necessarily undergo a transmutation: the chakram of the mage are milling this pure energy, refining it, making it usable – either harmless or terrible. Everything depends on the chakram that vibrated it.

The black sorcerer transmutes the terrestrial vril through the first, second and third chakram. The white mage transmutes according to the totality of the chakram, from the basic chakra to the crown chakra. But this rule I’ve heard seems a bit stupide to me now. Sorcerer, wizard, mage ? Nonsense. All is relative.

You understand that a mage can also use the energy of the basic chakra or the sexual chakra. Similarly, a sorcerer can climb up to the chakra of the throat, from the third eye up to the chakra crown, when necessity imposes, and if his vril energy permit.

The more a tree rises, the deeper it sinks its roots. When the sorcerer rises towards the white light, his subtle roots make their way through the strata of the infra-world. These are easy paths towards the surface for the inhabitants of the underground. Along the roots there are all kinds of poor devils and midnight demons, which open out into the body of the sorcerer.

Let us make it clear. The world of the depths, which is also called the infra-world, is not material. It is not found at the bend of a mine-gallery. It is not to be confused with the myth of the hollow earth, which speaks to us of a world under our feet, very real, populated by superhuman creatures. The infra-world is an interior space. It locates itself somewhere in our aura, and when we position its assembly point in this zone, we are there. It’s that simple.

In the same way, the demons of the infra-world have often been confused with the devils of hell. They have inspired them directly. The creatures of the depths aspire to the higher worlds, just as we do. And the first world they encounter in their ascent is ours. These poor devils, however terrible they may seem, have nothing demoniacal about them. They want to rise up, that’s all. 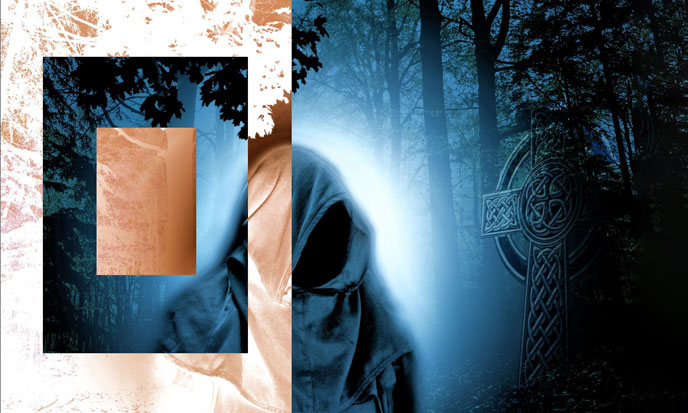 The world of white light is not the world of good either, believe me. It is inhabited by creatures infinitely more powerful than the most powerful of the Magi. These beings of great power are not there to watch over us, but over their interests. Their psychic power is such that we can not lie to them. But they can very well shock us, and they do not deprive themselves of it, besides.

Many simple people exchange confidences with their angel. They feel that their angel is good counsel, and that he watches over them. It is a fact. These people do not think for a second that angels can use them.

Many simple people post valuable personal and family information on social networks without thinking for a second about the dangerous uses that are made of it. Why do you want angels to work differently?

We live in the illusion that good angels are white and bad ones are black. No, undeceive, in astral I’ve met the prince of the scoundrels, and the fucking fellow shone with a thousand fires. Some angels don’t practice Christian morality. The Bible told us, but who recalls the fact?

That is why I recommend you to avoid any trade with these entities, which are wolves under the skin of the lamb. Do not invoke anyone, no dead people, no angel, no devil. We can meet them in astral, in their world. Why summon them in the material world? The spiritists and mediums are sorcerer’s apprentices who absolutely do not control the phenomena they provoke.

At the beginning of the last century, a good part of them have become phenomena of fair, while their sittings became kind of shows for naive. Certainly, I do not deny the qualities of certain mediums and the results they have obtained. That is their choice, I respect it. For my part, I avoid this sphere. And I urge you to do the same. Let the dead bury the dead. 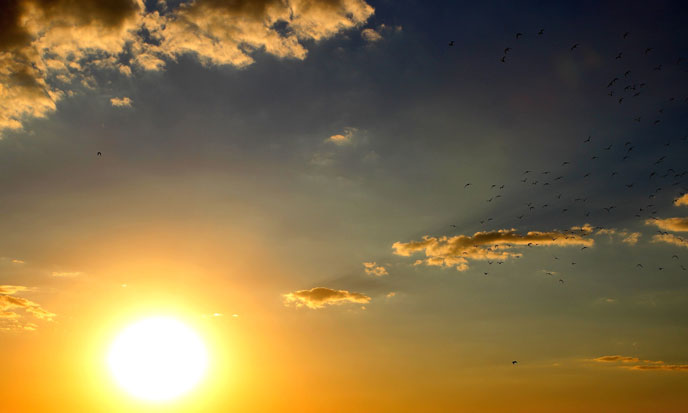 And let us love ourselves alive. As long as it’s time.