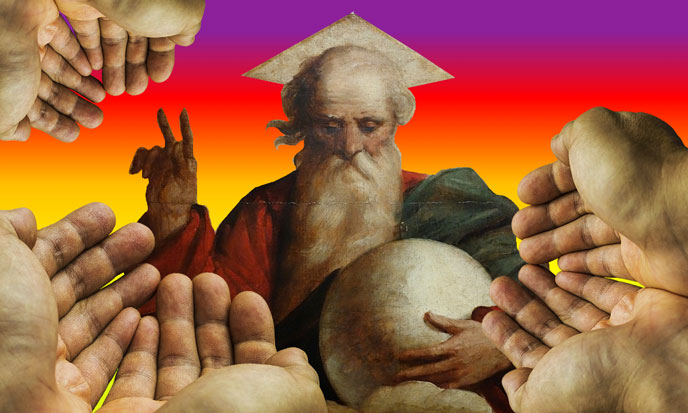 Among all the bullshits invented by the former gods -these visitors from the stars who terraformed the planet– the best is still the myth of good god.

For bone’s sake !! If god was good and perfect, we would have seen his good job down here! Humans can only rely on self strength. No one but you can take away your weakness. You alone can free yourself from the yoke that you keep on carrying your life long. You cheer up saying you will get it back during the eternal life after death. Another ingenious invention of the former gods – who did not believe it for themselves: as a proof of their desperate efforts to prolong their corporeal life, up to pretending they were eternal. Humans will soon be testing that – I bet they have not finished getting lost for this new chimera: to prolong life indefinitely, in the hope of living always … Like the former gods, I suppose ?

Where is God in all that mess? Have you seen God on earth? Where ? In Hiroshima? At the Vel’ d’Hiv’ roundup? In Dachau? In Mosul? In Sabra and Shatila? To the stonings? To the tortures of the Inquisition? To ritual excisions? To ethnic massacres? In the Black Code? On the pyres lighted in his name? In sick, mutilated, invalid, destroyed bodies? Where is the good god, when he is invoked in blood and tears? Is he delighted in secret? No way. He does not know, because he does not care.

Frankly, with such a good god, I dare not imagine the bad guy! And yet the bad guy exists. Satan is his name, also called the devil, the great demon, the Beast. We all know this bad guy, every one of us has met him a thousand times. But who understood his true nature?

It is not a person of flesh and bone, nor is it an evil entity, spirit, ectoplasm or the like. Needless to imagine a totally bad being, this being exists no more than a totally good being. Humans and gods, we are all a bit of both, mixing good and evil in varying proportions. Another thing: good and evil are not absolute but relative notions. Aren’t they, Prof Einstein? Don’t you think so, Prof Nietzsche? 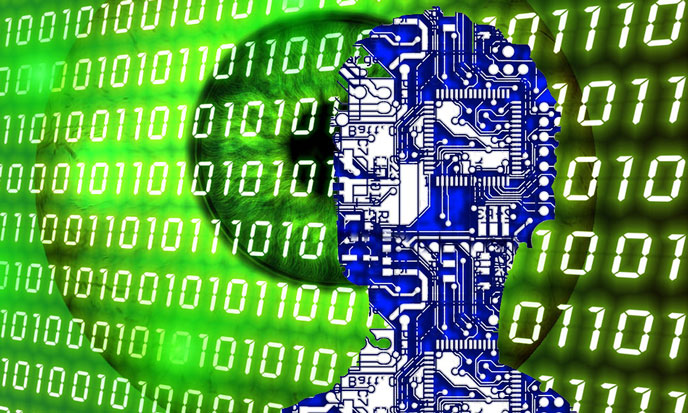 Yet the devil exists: it’s a bug. The demon is a breach of the general rule of free will. This illegal exception allows some beings to use other beings against their will. Better: the used beings do not know. As a result, they perform low tasks for the benefit of those who steer them momentarily. When the remote control stops, they realize, frightened, what they have committed. They call it a crazy crisis, any delirious puff, amok, close combat, melee, terrorism, Islamism, Nazism, they can give all the names they want, they will not change the facts: at times, some people do not belong themselves any more. They belong body and soul to others, I mean the controlling hackers. Big Brother is the name.

Big Brother was invented by science fiction. It already existed before, but it was not yet known. Now it exists for good. Some assume it has always been there. From time to time he changes his costume, but it is always the same comedy. It has taken the hyper-modern form that appeals to young people. By dint of love for change, one always returns to the same impasses. Big Brother is a computerized global information gathering system on ALL and ALL: the BIG DATA. The demon is first the big data. Then it’s using this information to violate the conscience of humans permanently, and from time to time, to push some to commit horrors. This rape of free will is the ultimate weapon of the womb. It is the preferred instrument of those who made us believe in God, the little Jesus and Santa Claus.

Jesus, we see him in his manger at Christmas, with little papa Christmas at the exit of the department stores, but the Good Lord? Funny expression, the Good God. We don’t say the bad devil, do we? We know devil is bad, no need to specify. To say Good God implies that there is a bad one. Imagine he’s the same! That is the result of their divine propaganda. If they had not invented all this bullshit, we would have all understood for a long time. The truth is much more interesting. As far as we are concern, of course. The former gods might have another opinion. Never mind. 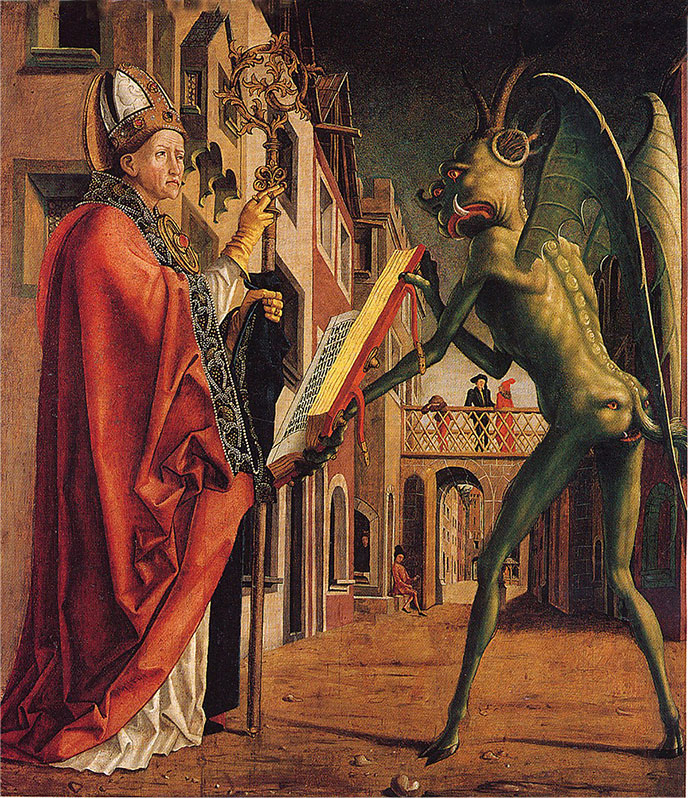 If your PC is connected permanently, hackers will be able to use it for their orchestral maneuvers in the dark. Hackers who most often are robots. Robot PCs. For your brain, it’s the same thing, hacking happens the same way. Brain or PC, same thing.

Golden Rule: Do not offer brain time available. A warrior is not available, neither is his brain. Resist the television stunts and social networking. This is lowering your degree of alertness. This is welcoming hackers.

Platinum Rule: Never rely on the care of a hypnotist. During a hypnosis, one loses control over one’s mind. Others that the hypnotist can enjoy.

Diamond Rule: Refrain from invoking the angels or the dead. It is open wide the door to the manipulators. You never know who is coming. Is their word worthy of faith? To believe without believing, here is my motto.

Orichalque Rule: Avoid providing personal information around, Big Brother has ears everywhere. Be cautious! Facebook, Google and so have to know everything about you, your kids, your work, your buddies and family. Danger!

Social networks play on the fucking ego of the innocent who dream to be loved and admired by the whole world. That’s why they post personal photos by the dozens, that’s why they expose their kids, their friends, their habits, their choices … for the benefit of many thugs. Caution is the mother of safety. Mum’s the word! Why follow the pack? You better move away. Take the air, nose to the wind, run the warren and always choose the peaks – they are less frequented. Loneliness is a good armor. You see the future coming from further afield.