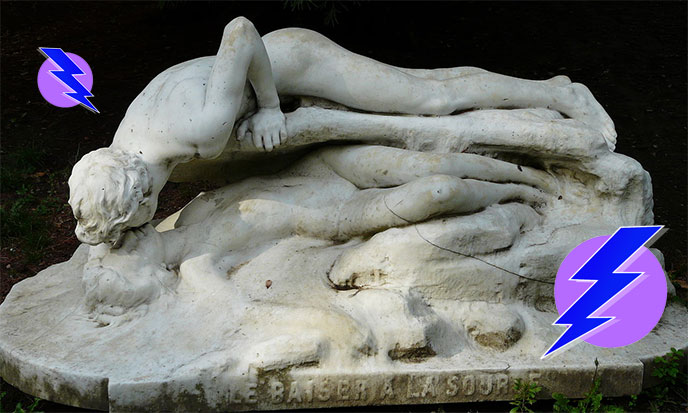 Subtle energy or human vril is what makes us live, nothing less Despite Bergson, his elan vital, his creative energy, Western thought has never believed in the subtle energy. And Western medicine, even less. What kills us slowly, and the social welfare as well.

All traditional medicines know, working in a holistic approach, consistent with the field theory, by restoring first the circulation of Vril energy in the subtle body, our second self. Healers and shamans have not studied quantum physics, but they know. Deep within us we all know where to go and what to do. Listen to your inner voice, listen to the power that is in you, a superpower that heals everything.

The aura is our first self, but the body ignores it and the head as well. The physical body is our third person. When the body says “I”, playing the boss, the aura does not protest. Under the aura, close to the physical body, is our second self, a thin envelope in which circulate subtle energy channels: sushumna, ida and pingala, symbolized by the caduceus or the trident of awakening. On the central channel, Sushumna, are the chakras. 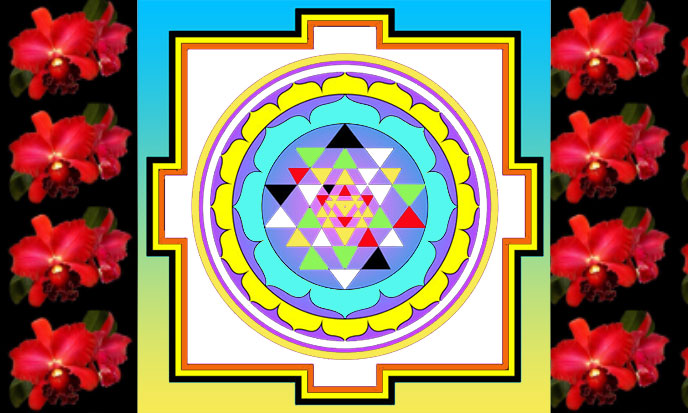 They are often compared to more or less opened flowers. In fact, each chakra has its particular shape. For the palm of hands, these forms reveal the patient’s condition. As well as their movement. The chakras are mills that transmute energy to the fontanel. Each mill is running at its own pace, and increases the vibratory rate of energy flow. Exotic flowers, the chakras deploy their corolla more and more widely, before spinning. The corolla deploys only if energy rises a minima in the lateral channels, Ida and Pingala.

It does starts to rotate only if the energy rises more or less freely in the central channel, Sushumna. Rooted blockages can disappear suddenly, sometimes resulting in tears and sobs … then in a big smile. The release is often such that the patient falls asleep.

Each of our vertebrae refers to a particular emotion.
Learn how to read them helps us to know ourselves better. 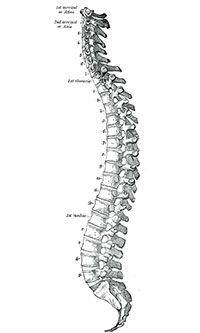 C1 Ideas that turn in the head
C2 Denial of self
C3 Being by what we do
C4 Anger, guilt
C5 To say, to speak
C6 To carry the cross of the other
C7 Fear not to come through
D1 Fear of losing, mourning
D2 Smothering
D3 Phobias, injustices
D4 Fear to love, to be loved
D5 Fear of having missed his life
D6 Not to digest, jealousy
D7 Discontent, family conflict
D8 Obsession face failure
D9 Fear of abandonment, of being trapped
D10 Loss of territory, limits
D11 Downgrading, external image
D12 Fear of not being perfect
L1 Insecurity, fear of being robbed
L2 Humiliation
L3 Betrayal
L4 Rejection of sexuality
L5 Weight on the shoulders
Sacrum Under the influence of someone or something
Coccyx Beliefs

The organs of your body have their sensory contacts under your foot. If you massage these points you will find relief from the matching aches and pains. Train yourself to spot on the diagram your sensitive points, and find them on your own foot.

As you can see, the heart is on the left sole. The spinal column follows the inner side of the soles of both feet: one face of the column on each foot. This is why the sage, whether he is wild or mystical, walks barefoot: at every step, he activates the various organs of his body.

More reason to walk, my friends, walk again, preferably barefoot, and on different surfaces… provided they are alive. To be banned: concrete, tar, plastic surfaces, modern floors, and all dead surfaces on which it is good to keep some soles.

Utopy is just what have not been tried yet. (Theodore Monod)