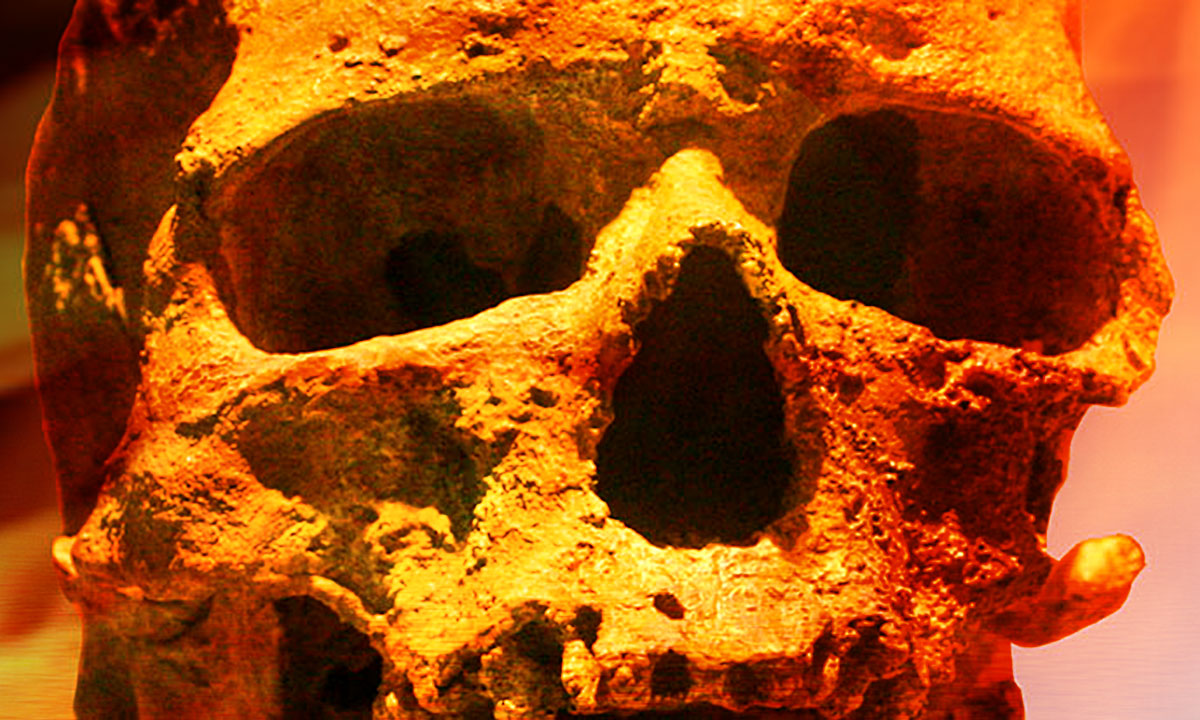 According to main stream science, Cro-Magnon man is just like you and me: perfect and genuine Homo Sapiens Sapiens. — or more simply Homo sapiens. He -or we- might have ancestors, Homo Faber, Homo Erectus, and cousins too, descending from the same ancestor long ago. Several hominidae species lived at the same time. Were they friends or ennemies?

Until the last ice age, Cro-Magnon had a tough rival, stronger than him: Homo Sapiens Neanderthalensis or Neanderthal. Of an ape-like appearance, he had a more solid skeleton, and apparently stronger muscles. A bigger nose allowed him to make the cold air of the ice age warmer. For paleologists, it shows a perfect adaptation to ice-age climates; a species takes a long time to adapt; quick adaptation may suggest a helping hand? Former Gods might have been bright in genetics. Other features of Neanderthal man include a more proeminent arch of the eyebrows, and no chin.

And above all, this controversial point: a bigger skull capacity which contains a larger brain.If so, this woudn’t mean they were more intelligent, since intelligence has nothing to do with brain size. Loïc Hibon protests: “Neanderthals did not have a brain volume superior than modern man’s. The average was calculated on half a dozen individuals (…), and it is not scientific to conclude anything out of that! On the other hand, if modern man has an average volume of 9.2 cu in, actual sizes are between 6.1 and 12.2 cu in”.

Yes, he is absolutely right. Why do I say he is courageous? Because his young age allowed him to give that nice kick in the anthill. When he realizes that in any of the human sciences, including his, it is better to yell with the wolves and walk straight behind the dominant male who sits in the pulpit, and perhaps in bone will he put water in his wine? I hope not. The real courage is to stand up straight and strong when the ship pitches. Wait and see! 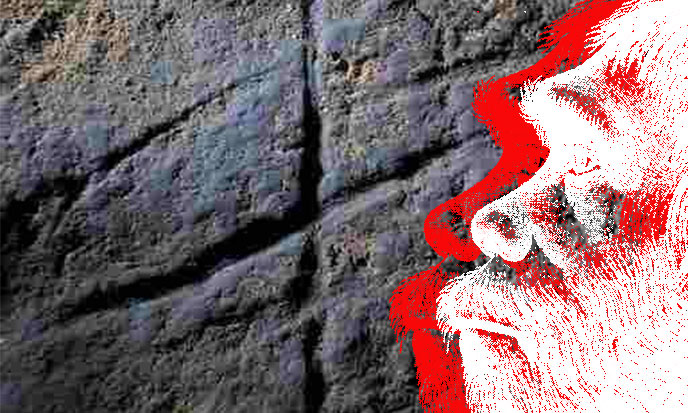 Recently, scientists proved that Neanderthal is not only our cousin, but also one of our ancestors. He and Cro-Magnon did have babies. Geneticians have found some Neanderthal genetic material in both European and Asian blood, but none in African blood.

A new story will emerge, introducing new interactions between our two species, and this will be very interesting. Anyway the role of former human geneticians in the creation of Neanderthal is possible. Beside these difficult scientific debates, very few artists or story tellers show interest on our forgotten cousin. But exceptions are most noticeable. Frank Frazetta and JRR Tolkien are two of the best ones. Tolkien wrote tales to read to his sons. He invented everything, at least that’s what he said. As any prominent storyteller, though, he could pick up his tales from the akashic records, a mysterious data base where is written the world’s history.

Do we really invent a single thing?

Knowing it or not, Tolkien did the deed. His Lord of the Rings is a chronicle of our forgotten past. The truth beneath the tale is a part of this masterpiece’s wide audience.

Tolkien described the wild wars between decadent men and their numerous ennemies, during the centuries following the Flood. It was the Bronze Age, and they fought neandertalians, that Tolkien called orks. Other sources evoke those basic men, who were more dangerous because of their rude strength rather than for their intelligence. Mahabharata called them Rakshasas, giants, flesh-eating monsters.  Fairy tales called them ogres. 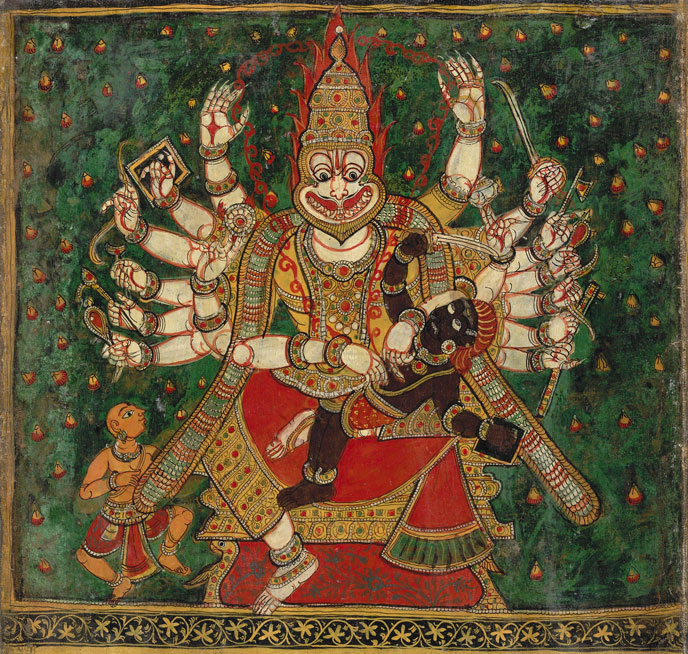 I guess they were the last giants — end of their race, they’ve been very decadent, weakened by a gravity that crushes their great carcass, waiting for death in caves like the cyclops that Ulysses bernes, in Homer’s Odyssey. Who is not of Homer but of Ulysses. Whom Homer invented. Ulysses who parodies Rama the conqueror. Homer whose Heraclitus said:

According to paleoanthropologists, neandertalians do not deserve this bestial reputation. Scientists found no trace of fight between us and them. But once again, the absence of proof is not a proof of absence.

For our ancestors, neandertalians probably were more useful than dangerous.  Edgar Cayce called them robots, or things ; he said they were our slaves… Reading him, we understand that long ago a superior man created them for man’s use, as the Golem was, according to Hebraic Kabbalah tradition.