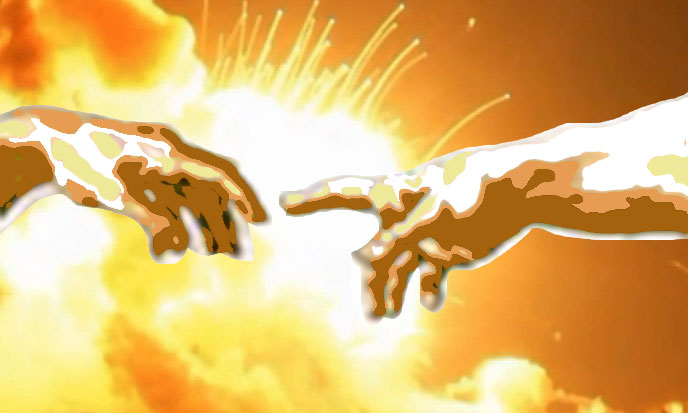 Where science withdraws, where the eyes cannot look, where history ventures no more, the royal way of myths is opening. Myths and legends … Their familiar music contains amazing accents. While watching the film again, new images come, appearing by magic, as Plato says.

Wherever they come from, myths are sacred because amnesia has spared them. They are recorded in holy books, or in wise books, or in memory of old men. Nothing comes from the first time except our mythologies. So we cannot obviously forget them.

Especially since they match up  with a disturbing accuracy. When asked about our origin, from Chile to Kashmir, from Italy to Easter Island, all the myths answer: “Our species was created by GODS.” You read right, not by God but by gods.

Now you feel uneasy. Your favorite religions did not tell you that. But they actually did. The Bible is formal, Elohim created man, not Yahweh. Elohim is a masculine AND feminine plural. It could not be clearer. We were not created by the Source, the One to whom we speak in the privacy of our heart, we were created by a PEOPLE. The term “gods” should not trouble us, as we shall see.

Whether we study the Greek mythology, the Assyrian Encyclopedia, the epic of Gilgamesh, of Enki, of Cuchulainn, the Vedas, the Popol Vuh, the Kalavela, the Pyramids’ scriptures, the genesis according to Inuits, Dogons, or Aboriginals, we found them unique and yet unanimous.

Each one adorned with colors of their beautiful and precious culture, six hundreds traditions tell us the same story: that of gods coming from the heavens to create a paradise on Earth and shape men in their image.

Here Is The Frame

The ancient gods – our creators – looked a lot like us… but in a gigantic version including all the options. They were almighty, they knew everything, they were immortal. They could fly and travel under water, thus were they called Snakes-Birds. They were watching stars through tubes and crystals, so they were also called the Guardians or Watchmen, yes, those are the same ones. 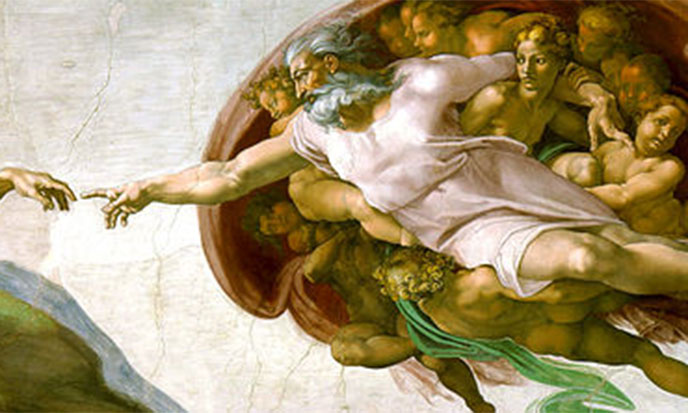 They traveled all over the world in their flying machines. And even better: they went to visit planets and stars. They are often associated to Sirius, Orion or the Pleiades. The former gods created short-lived intelligent beings, the ‘ephemerals’. They educated their creatures, giving them all they needed for living, provided that ephemerals obey them and work hard in mines and fields.

We will see here how the Greek mythology recounts this episode, by staging successive generations of gods that really looked a lot like us. We will also see the Aztec mythology and the emergence of bearded gods, the Feathered Snakes or Quetzalcoatl, peacemakers, civilizers, who were composed of different races, among which were black and white men, who did not agree all the time, like the gods of Yorubas.

In the Bible, the Genesis tells that ‘God created man’, but the original version is this one: ‘Elohim created Adam’. Elohim is a plural which means ‘those from heaven’. And Adam is a collective name.

The Bible should say ‘the celestial androgynes created the humans’.  Should say female humans because women were first made, for the pleasure of the gods. Matriarchy was long the rule, even after the onset of males who were also abused by the Amazons, an elite troops of planetary Matriarchy.

The only trace of these facts that the Bible maintains, is the enigmatic first “wife” of Adam, Lilith. By herself, semi-divine Lilith summarizes millennia of matriarchy on earth. 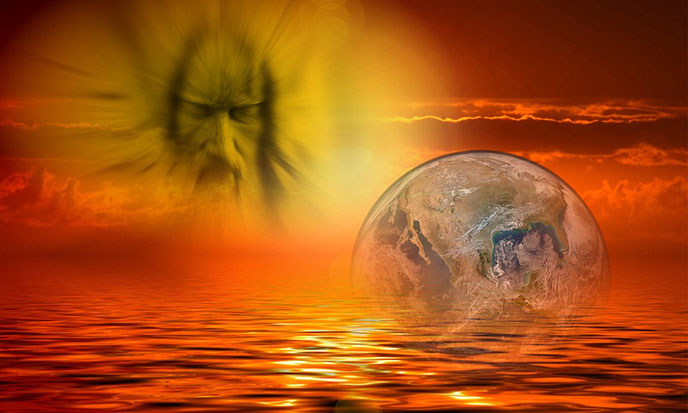 All the Bible tells is disguised by ignorance or by calculation. The facts are distorted by countless interpretations over the centuries. We got to overhaul, to label and to reassemble ancient mechanics. The results may shock. How can one imagine that the earthly paradise, the beautiful Garden of Eden was not of this world? It was in this world, but it belonged to another far far world: Pleiades.

In fact the Garden of Eden was a gigantic spaceship where the planets developers, led by their king Anu, came to plant the Earth and boost human genetics. They manipulated the genes of plants to create grain, the genes of wild beasts to create domestic species.

Once Paradise was on Earth, then it went back to the stars above.