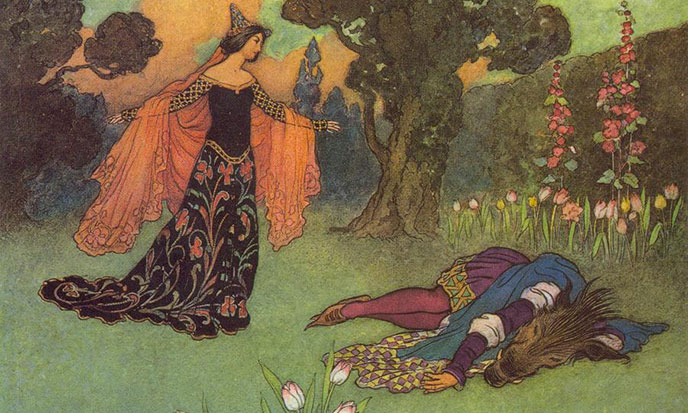 Fairy tales are familiar, but who knows what they really are? Intended to children, they are such a delight to everyone. They seem naive, but inside, they are ocean deep.

The Grimm Brothers, Andersen, and Perrault collected them and fixed in writing. But fairy tales date back to a very remote antiquity that all grandmothers can tell by heart.

If the fairy tales were little things as they look, would they have crossed the barrier of time?

Some myths have been written in the distant past, they are the founding texts of ancient cultures, the sacred books of religions; as such they are exposed and commented in this site. 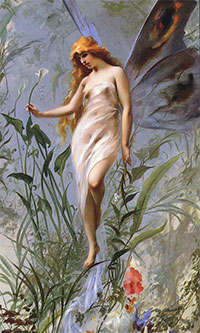 Other myths, more important some, have been passed in the form of fairy tales or storytelling. Far from trivial, they are part of our precious cultural heritage. You would be surprised to know how old are some of them.

Some nursery rhymes are so ancient that they deserve a careful restoration by every generation, in which lines of grand-mas have tirelessly devoted.

Rooted in ancient traditions of initiation, fairy tales describe inner realities that can not be transmitted otherwise.

These old tales are marvels of double meaning, with as powerful initiation content as the Tarot.

No surprise: the image-makers of Middle Ages, when designing the Tarot arcanas, had in their heads the same fairy tales as we got now. Fairy tales have crossed millenia.

These not so naive stories may talk about fairies, giants or dragons … Fairy tales always talk about us.

Fairy tales, legends and myths are favorite food of children’s mind. Kids have special antennas to catch the truth hidden in the myths and other stories. When children grow up, other methods are needed.

Here, the comparative method works wonders. Scholars who are dedicated to the study of folklore never forget that these stories should be interpreted.

In their eyes, these tales are not candid and clear products of the imagination of people, they cover a deeper, secret meaning. 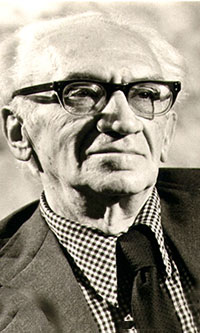 “The mythologies of classic people, especially the Greeks, are also part of folklore,” writes Velikovsky. As Eliade, as once Plato, Velikovsky had understood that myths and legends were very rich veins to be exploited by historians, who nevertheless still neglect these treasures. All this information is contained in the structure of the tale, but also in the accident narrative. The devil, they say, is in the details. In the fairy tale, the awakening is in the details.

Consider the structure: the knight goes in search of the beautiful princess he has never seen, or just glimpsed, and whose beauty has seized him.

When he finally found her, she is on top of a tower in the custody of a fearsome dragon. To deliver the beautiful princess, the knight must kill the dragon. Kill it … or chase it away. In the initiation Tarot, the Tower is the self, or rather the ego.

The Will/Knight must deliver the Soul/Princess in the Prison of Self, as indicated by the arcane XVI The Tower. To achieve this, the Will/Knight must face the Guardian of the Threshold, this formidable dragon watching at the foot of the ego.

The liberated Princess figuring the rise of the kundalini which causes enlightenment, or awakening.

The whole point of the matter is that kids don’t get tha data. Usually a child identify with the knight or princess, or with the dragon if smart kid. But not with the tower. The secret message will be decoded with time only, following exactly the process of teaching-stories of the Sufis. It obeys one of life’s necessities.

Imagine for a moment this awakening of inner beauty is explicit. What child would care? This issue is not for young age, obviously. But if we are not taught from childhood, when the time comes, how do we know? 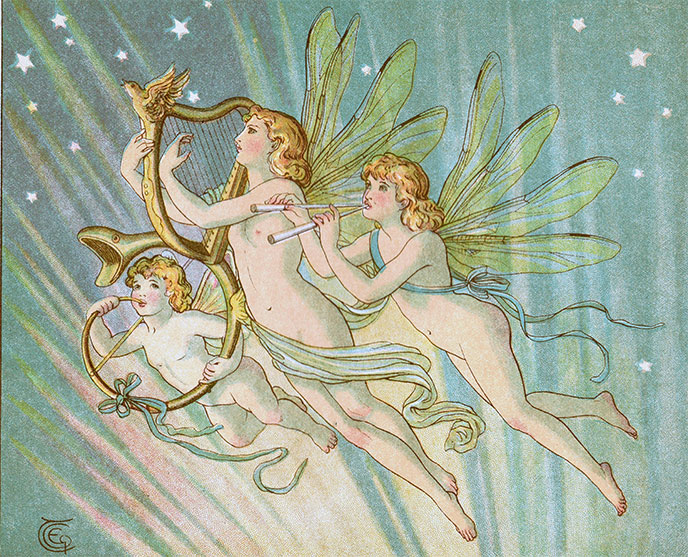 So, unbeknownst to them, the children learned the secret springs that allow them, when the time comes, to face the trials that await them in this life.

All the countries that no longer have a legend will be condemned to die of cold. (Patrice de la Tour du Pin)

All stories have their secret message: the Puss in Boots can travel for miles every step: the magic boots he stole the ogre have nothing to do with it, of course.

The hidden truth here is that all cats are magical, capable of feats that are not of this world, and it is good to know for young children.

Sleeping Beauty is the image of the sleeping mind waiting for love to awaken: this is exactly what happens with the first love as taught by the arcana VI of the Tarot of Marseilles.

The Six Wives of Bluebeard told the opening of the seven chakras that allow arousal, which in the Tarot is the arcana XV The Devil.

Snow White and the Seven Dwarfs takes the previous two stories: first it represents the awakening which then allows the opening of the seven chakras.

The Princess with the Pea can feel a pea through seven mattresses as her skin is fragile ; this story teaches us that being awake, in full possession of subtle senses, one can perceive the smallest objects through the seven bodies that make up our astral envelope.

We are wonders but we don’t know. That’s why stories are an integral part of our education: they exist in all cultures ; moreover they are the sacred basis. On the wings of fairy tales, children of all time have built their imagination, their understanding of the world and their interiority.

That’s why I consider them a material of choice in my research about our origins, and our true destiny.

Fairy tales are my precious sources, such as Zen koan or Sufi stories-teachings, such as popular songs or comics.

All instructors are storytellers, all stories are true for the third ear, because everything you can imagine does exist. 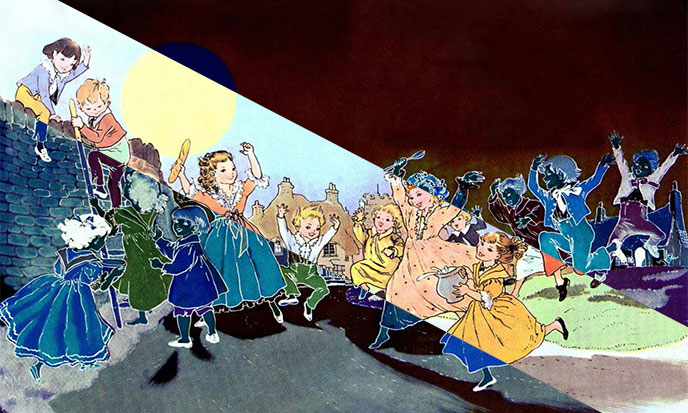 Each life is a fairy tale written by the hand of God. (Hans Christian Andersen)