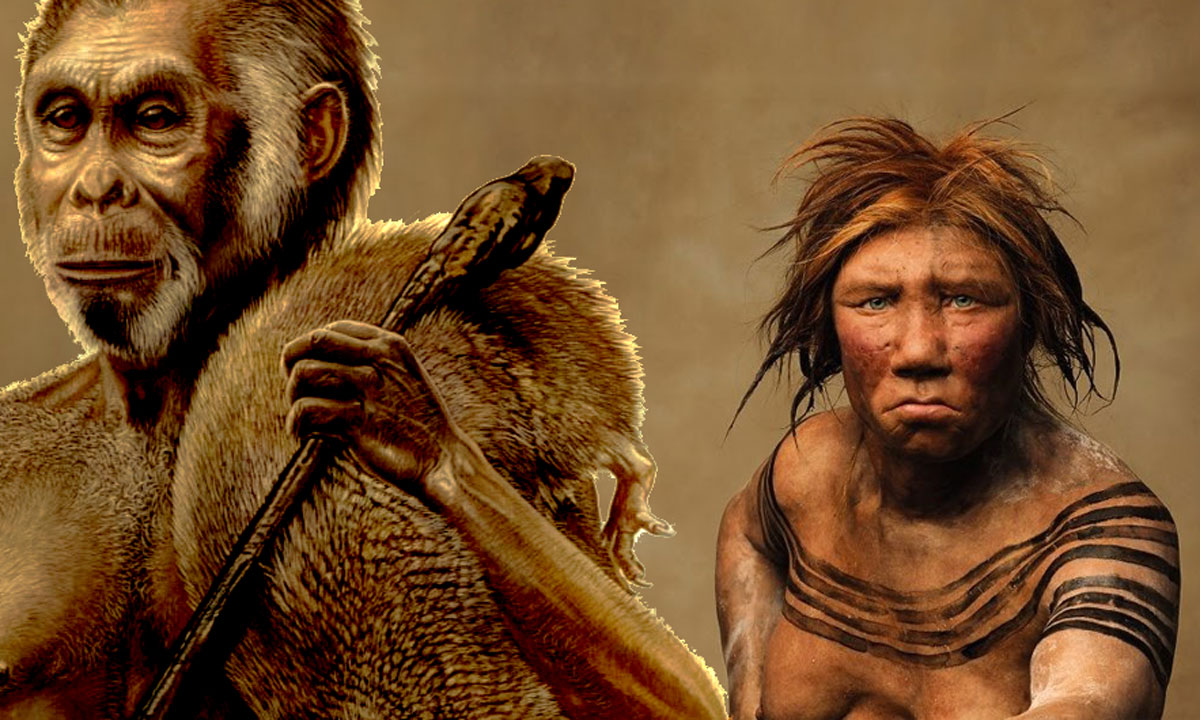 An American geneticist wants to clone a prehistoric man. With huge consequences in terms of human and animal rights. Ifever we do that, we will complete the cycle: the former gods did the same …

Neanderthals have disappeared a bunch of millennia ago. Yet George Church, a Harvard geneticist, claims to revive this race: “For thirty million dollars Neanderthal is brought back” he claims around. These 30 million represent, according to him, the cost of work for cloning this hominid we carry a small part of the DNA.

Church is not a newcomer to the field of cloning, and his allegations must be taken seriously. Japanese biologist Akira Iritani projects to revive mammoth: in 2018, perhaps even earlier, we could see the birth of a baby mammoth from an elephant mother. In spite of Rael’s allegations, human cloning is not yet possible. Within 10 or 20 years anyway, said George Church, a Neanderthal could return to our time. The “re-creation” of a Neanderthal is on strictly scientific purpose.

Church wants to study the  biological resistance and immune capacity. It is also about observing, through the adaptation and development of his intellect, which is the part of the biological, of innate and acquired learning, first in this specimen, and perhaps in all mankind.

George Church has another idea in mind: increasing biodiversity, this new human line may enrich the human genome … in a few decades, of course! Enough moral problems to solve for tomorrow’s biologists, if they still care about. This is exactly what the former gods have done a few eons ago. They needed manpower to populate a wild planet, i.e. ours … 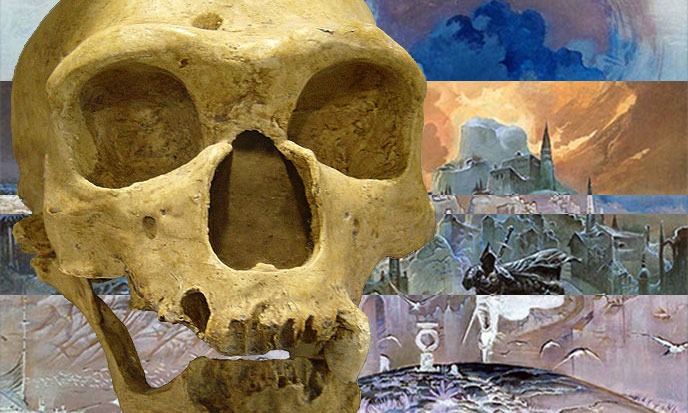 Thus our great reptilian ancestors manipulated genes to develop the Neanderthals. And let me tell you that the former gods had no qualms … excepting the beneficial intervention of Ninhursag, also known as Athena or Isis, who decided to give us a soul.

Former gods had no scientific motivation for doing so. When they created this new species of Homo sapiens, Neanderthals, they were engaged in a major task: terraforming the planet ravaged by a major disaster. They first created a hominid strong and resistant to cold, to tackle the tough task of cultivating the land and raising livestock for the gods. So Neanderthal appeared. But their plan failed, for the Neanderthals were totally reluctant to farming principles, just good for their elective business: hunter-gatherer.

Then the gods decided to create a more smart hominid, our first ancestor. This is the story that can be found in the cuneiform texts of the valuable library of Assyrian clay.  By the way, this scenario shows that Neanderthal is less intelligent than us, contrary to what was believed: Neanderthal cranial capacity is not greater than ours, a brilliant anthropologist showed. But no geneticist takes the trouble to read the Assyrian clay tablets – what a pity. They would learn many things providing a better understanding of the past and helping to look to the future with greater confidence.

Our planet is is getting smaller every year. We will be nine billion in 2030. A vast enterprise of terraforming has been launched on Mars by the U.S. Other nations will participate. It is said that Mars could be habitable by twenty years, in fact. Geneticist George Church or announces a Neanderthal could be “recreated” in twenty years too. Let us bring all these facts together: we are to terraform a planet, like the gods have done for ours. 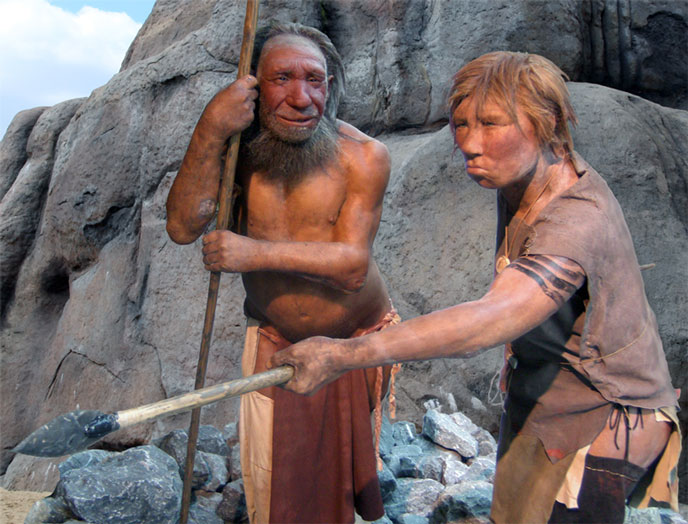 As the former gods, we will try to use another species of hominids: Neanderthals, better adapted to the cold, stronger, more sturdy than us. As the former gods, our geneticists discover that Neanderthals are not the best people for the job. Then, as the gods did, will we try to modify the Neanderthal genetic to make a new hominid? It is no science fiction, the issue is yet to come, you can be sure.

The scientific community will shudder facing dangers and possible slippage. This is a very big issue for both morals and science. It should start by finding a woman who agrees to carry the embryo and the fetus.

What could be the interaction between the body and the being whose DNA is in part different? Is there a danger to the mother? Or the risk of creating a kind of alien? Do we have the moral right and create new species, or at least a revised and corrected one?

If all these issues are resolved, a non-human population could begin extraterrestrial colonization. In ten thousand years from now, maybe sooner, Neanderthals Martians will worship us as gods, and a new religion will unify another planet in the solar system.

Will we be wise enough to disabuse them? Or will we accept their worship as a pretty good bargain? We are about to walk in the footsteps of our creators. Are we wiser than they have been with us?

Will we be able to avoid on Mars the wars of religion and the terror of fundamentalism? Reply in ten thousand years … I make an appointment. 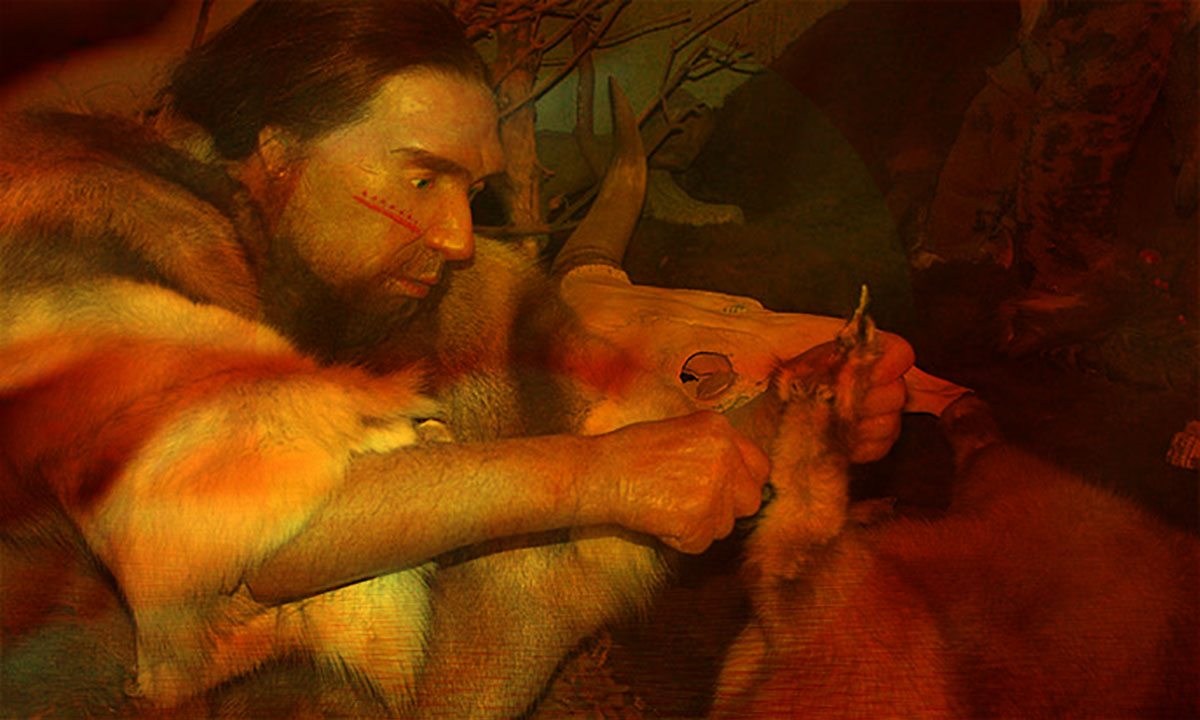