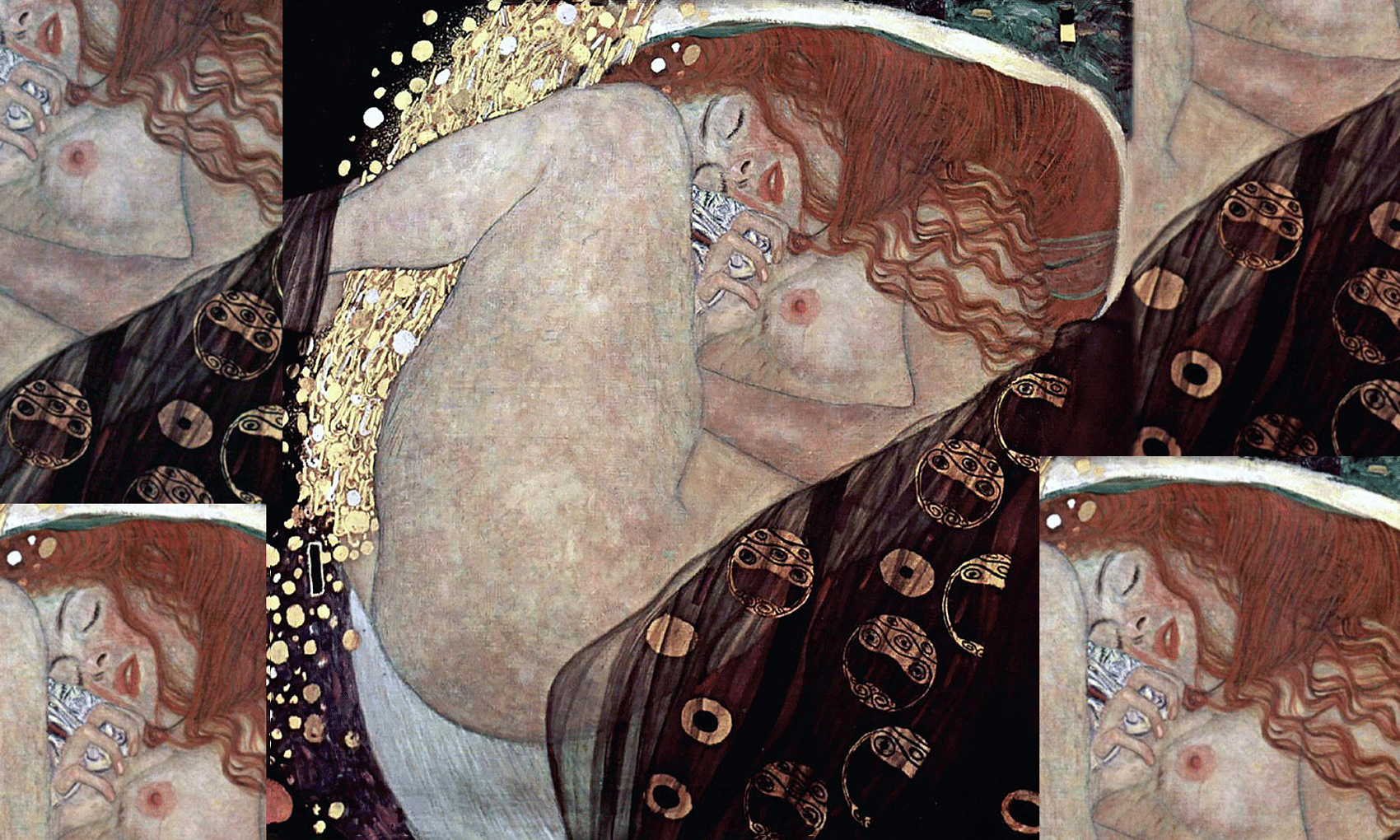 Danae. I met you looking for something else years ago. I looked at you. I forgot you. Danae. You came back knocking on my door one winter evening. In a tawny mood, I chased you away with a roar. Danae. Without spoiling haste, without any hard feelings, you made your way through the sweltering of my conscience. By paths known only to me, you slipped, Danaé, pure heart of butter, in my safe interior hut. I asked you to come in. You told me your story. It is simple and terrible.

In a heavy climate of spells and spells, little Danae is the victim of a cruel injustice. His father is the sole judge and executioner. King Acrisios imprisons his daughter to protect her — or rather to protect himself. Danae’s imprisonment seemed to him the safest method of contraception. For her father, it is vital that she does not have children. An oracle predicted to the king that his grandson would kill him. This is why the only possible mother is walled in this metal tower.

But in vain. Moira laughs at the highest walls. Fate is more powerful than the gods themselves. What has to happen, sure to happen. Danae is pregnant. She gives birth to a son. And this kid is growing up without the knowledge of the grandfather. He becomes a vigorous young man, filled with hatred against his son-in-law Grandpa. At the first opportunity, he wants to kill this old monster. 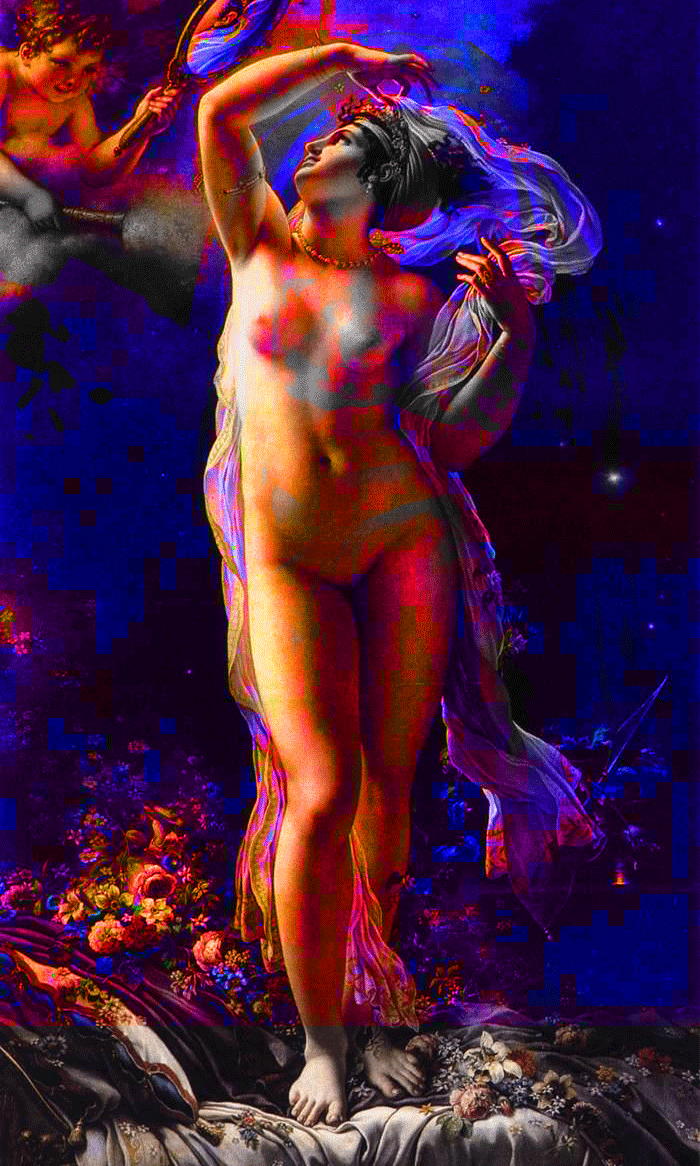 Another myth, and what a myth! A farandole of mythemes make this story familiar to us, which has its roots in the societal unconscious. This murderous kid is called Perseus. He loves his mother, for his love he kills his (grand) father, wouldn’t we say another Oedipus? Literature is full of fathers jealous of their daughter who condemns them to chastity. Our past is full of them. It is still in use in some backward cultures. The story, the big one, has meaning. I want to put it right side up; this is one of the functions of this site. The story, the small one, that of Danaé, offers us a medley of myths, or rather mythemes, with rare strength and density.

Mythemes are the building blocks of myths. They are found in all cultures. They answer and complement each other like the pieces of a 4D puzzle. These elements of myth include characteristic details, describe absurd or at least inappropriate behavior, out of context, which allow the mythologist a perfect traceability of these chosen pieces. Hence their name mythemes, elements of myth, as we say phonemes, sound units of a language. Or, as philosophy speaks to us of noumena, units of thought.

Locked in a tower of brass (mytheme) Danae must remain there for her entire life by order of her father (mytheme). What crime did she commit? Not a shadow of one. (mytheme) Misfortune wanted her to be struck by an oracle. (mytheme) It would have been better for her than it was by lightning. (mytheme)

The paranoid king had his daughter locked up so that she would not have a son. According to the oracle, this grandson would kill his grandfather. (mytheme) Suddenly he condemns his own daughter without trial to prison until old age, it is supposed. The big bastard! (mytheme) It would have been better if he killed her.

It is therefore walled up alive in a preventive way, so no man can reach it. (mytheme) The brazen tower takes the place of her chastity belt. (mytheme) 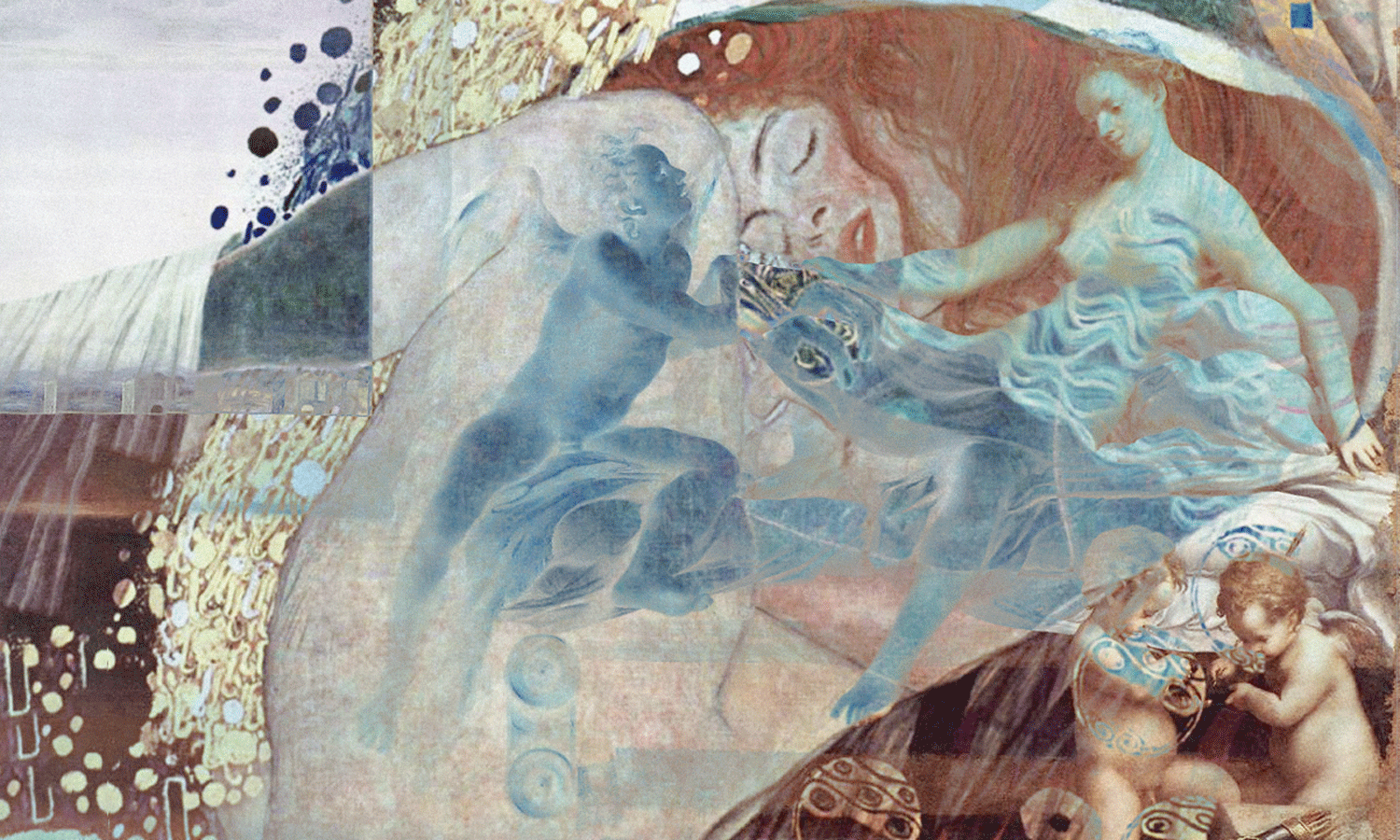 The sad story of Danae continues in the same fashion, with myths and very desperate chestnut trees. These commonplaces in such abundance, precisely, make it exceptional. We find them in many other legends, all of which have drawn from its source.
Golden rain

Zeus manages to enter the tower in the form of a golden shower that falls on the princess. From this union is born a son, Perseus. Angry, Acrisios puts his daughter and grandson in a chest which he throws into the sea. They reach Serifos, where King Polydecte, in love with Danae, tries to force her to marry him. To succeed in driving Perseus, a potential threat to her marriage, he sends her to fight Medusa the Gorgon. Perseus returns, after many adventures, victorious over Medusa. Armed with the monster’s head, he turns the king to stone. So he manages to bring his mother back to Argos.

Danae darling of painters, many are they that this tale touched, many are they who have touched your body, many rapins who have painted you, many sassy who have stripped you and more with affinities in the secret of the workshops when your untied bustier made your haughty breasts spring up, which for a long time they palpated so gently so gently and tenderly caressed these treasures offered desired on the canvas they laid them on the sofa where they laid you down in a frame they showed them in the setting in which you were moving so that we could benefit from this test of your beauty of these paintings and of your skin.

Ten ? Thirty ? How many have painted you? How many masters, how many disciples, how many strangers in the light of a candle, how many are all those who have known you better than by sight, my Danae? 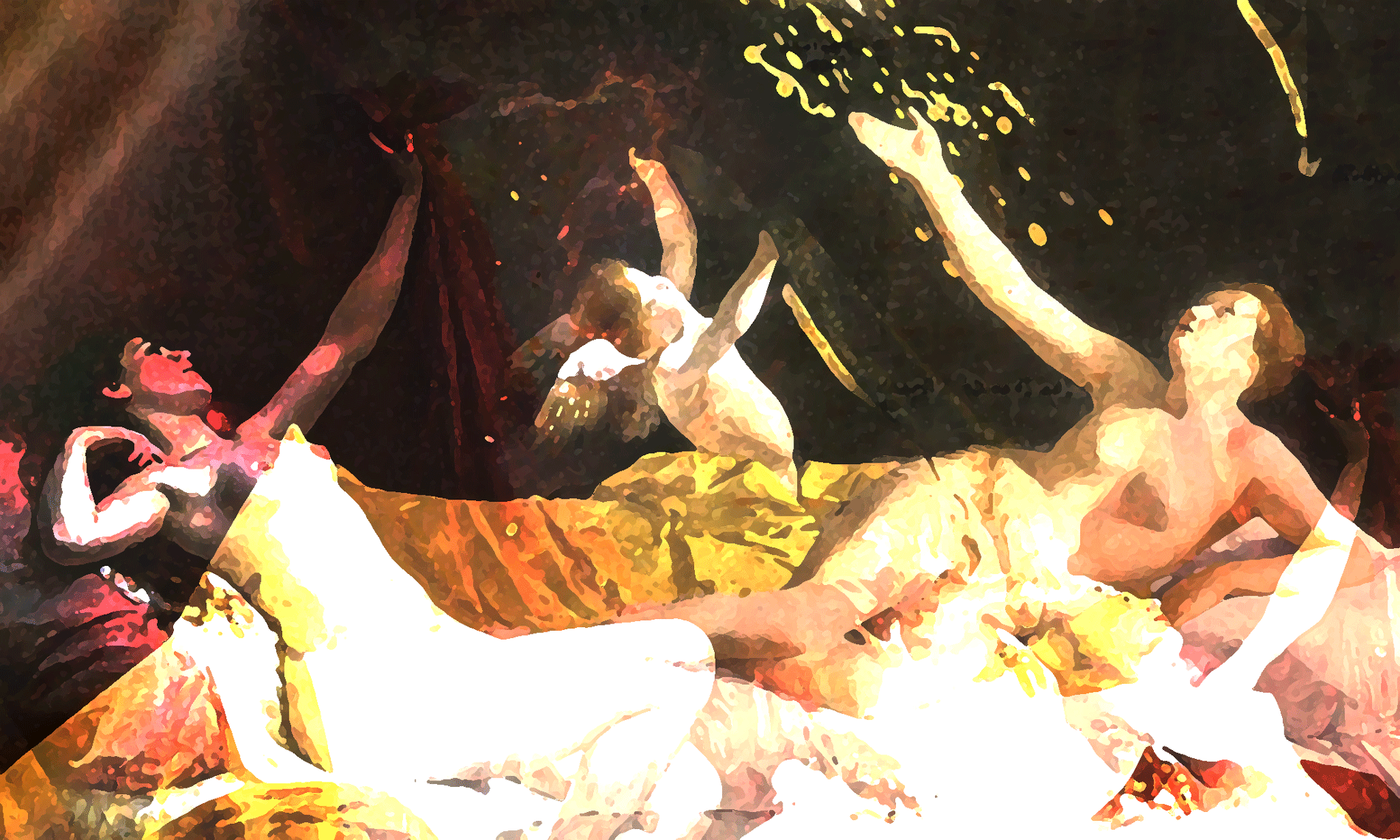 Who are you really to have inspired so many artists and poets? What real story is behind the fable made to tenderize? Your name already gives us a clue: Danae, like Danaann, the Great Goddess of the Tuatha. Should we look further? Not necessarily. Let’s see if we can push the comparison, and still use the metaphor.

The character of Danae would be an elegy, a prayer of eternal regret. The Great Goddess is oppressed by her father the king, an image of Zeus and of the new religion, or more exactly of the new world order imposed by the all-powerful Olympians. We know that the Roman Senate tried to bribe Celtic druids, to get them to espouse the new religion made in Rome, that of Christ, whether it is Christ the Emperor or Christ Jesus. An example of this denial is given by Merlin himself, an enchanting druid, imprecator and warrior, who, by the grace of his most fanciful historiographers, became the very first Christian bishop. Delirium. Merlin is too Gallo to be Roman. Gandalf would not sign any pact with Mordor. Never. 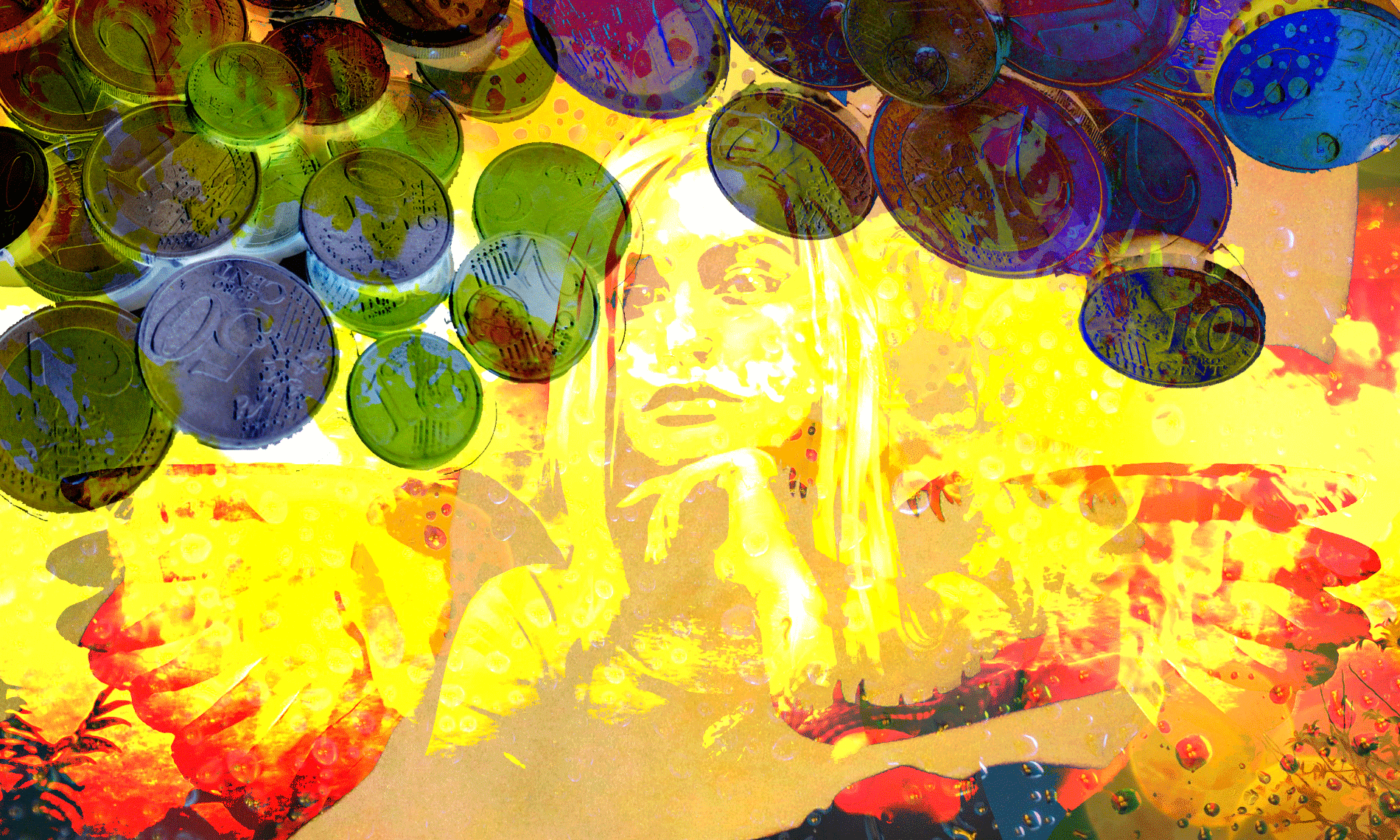 This attempt at corruption, this is what the golden rain that Zeus the Father rains on his bride, who is also his daughter, could represent, if you have followed me correctly. Zeus is at the same time Acrisios father of Danae, and Zeus himself, seducer and suborneur of the recluse. There is Oedipal incest in Perseus, and ordinary incest in Zeus-Acrisios. The fable becomes a lesson in memory. The moral is: “return to the Great Goddess, abandon this new religion which flouts the faith of our Celtic ancestors.” One can with great profit compare this interpretation with a text signed by the goddess Isis, which supports the same thesis.

This martyrdom may have existed, but I doubt it. She is the central character of a fable with a message. Clever invention, it tickles the sensitive chord: Dana, Danaé … His name sounds too familiar to the ears of the time. The transition from one religion to another, from one culture to another, is a social trauma. Human life weighs very little there. The order is that of the strongest. Violence takes the place of justice. Summary executions depopulated towns and villas, large farms run by wealthy Roman citizens. The Gauls who work in the villas are called villains.

It takes time for the vivid memory of the old religion to give way to the vivid desire for the new one. Sometimes it never happens. Under the pious attire of Christianity, pre-Celtic paganism only sleeps with one eye. Engraved in the collective unconscious, this powerful cult by its magical effects is regularly re-implanted in our available brains by our –let say our Great Administrators. Entities like us, but different. They think much faster, they live much longer, they work much harder and we can see the result at once. Very different.

– Hey you entities, couldn’t you mind your own business? I ask my sex advice angel.
– You are my own business and some valuable goods indeed. I have to follow the stock market. It’s part of the job, sorry sir. 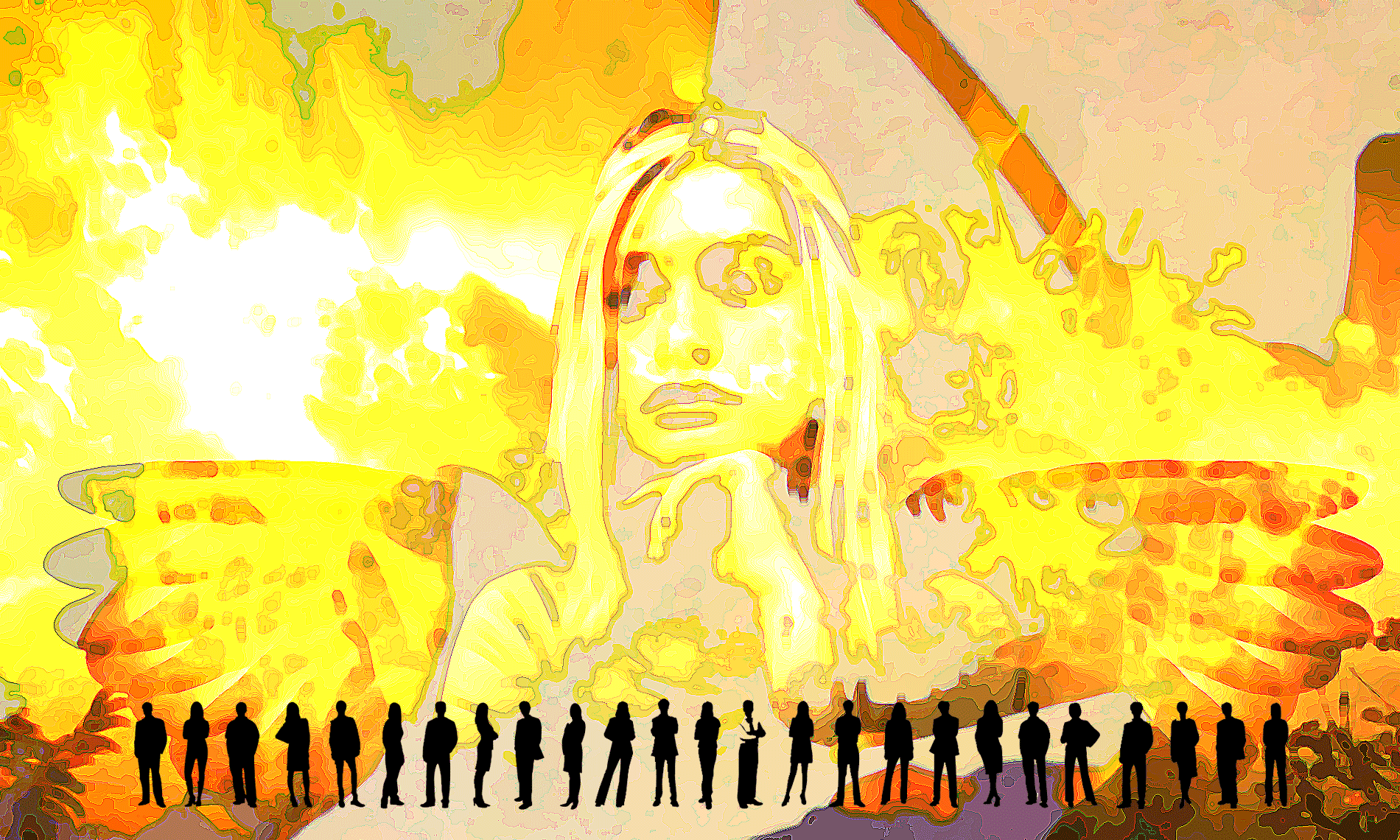 In the far west such cattle watchers use to be called cowboys. If they are galactic cowboys, what would we be? Cows ? Yes, but sacred cows. Or secret chaos?