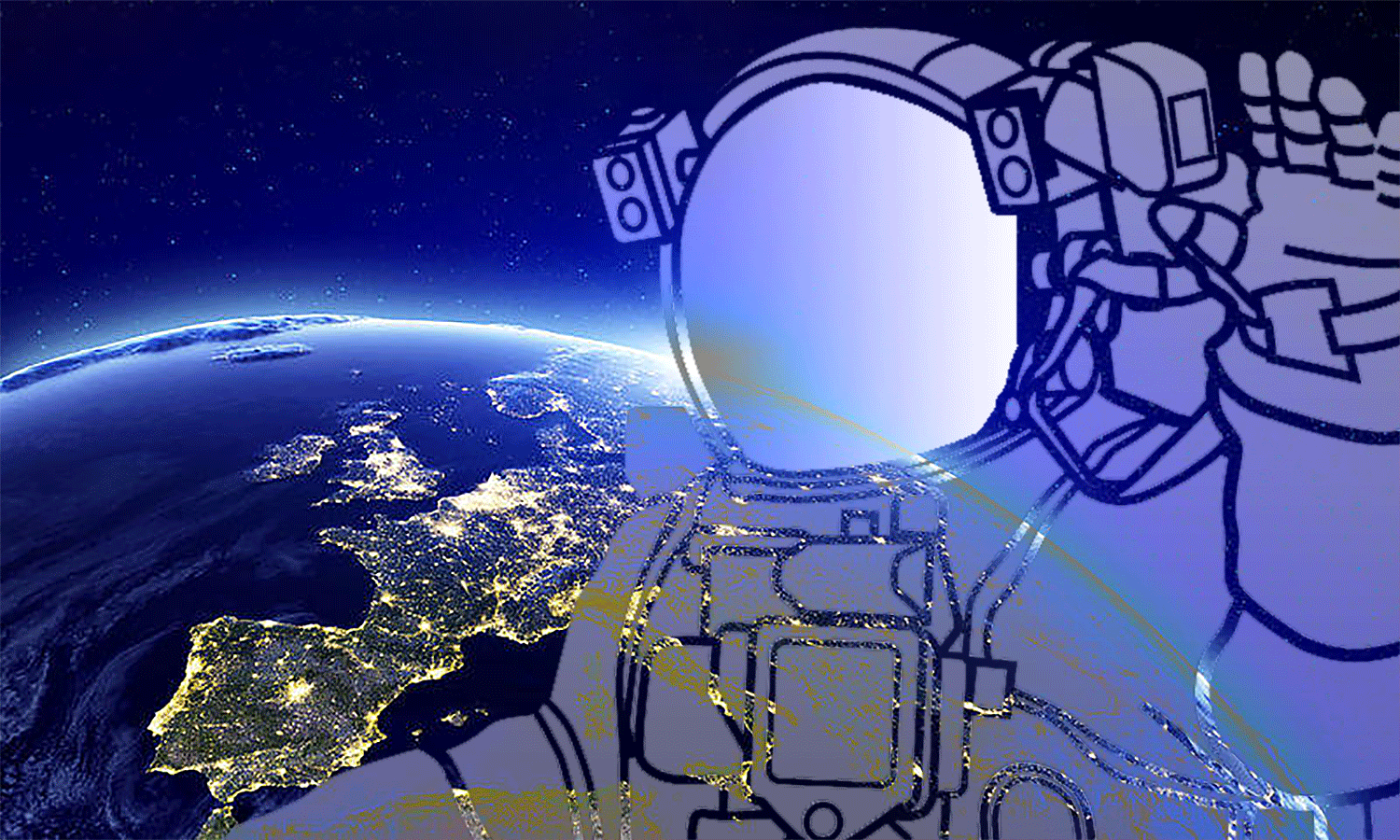 Maat Mater. Mate my Earth, ma terre si belle, Cybele Mater, so beautiful, so! Who do you think made it? Nature? Come on! It was Maât Mater who made it, the Great Goddess Maât, who is also called Danaan, Astarte, Ama, Ann, Isis, Hathor, Hera, Gaia, Ge … “Supersititions! retorts the wan scientist. Nature is at work, no need for anything else, let alone fanciful gods!”

Okay, okay, keep cool, you’re facing a threat, so what? Cool man, you’re a scientist. It is just a matter of paradigm. Remember Dylan’s prophecy, times are changing man. They’ve been changing for 60 years, they have changed already. You have to accept it and draw the consequences.

Nature! Please be serious: nature is the result. Not the author. A little push is needed to tip the scales in favor of beauty rather than horror. Is it nature that makes these fairy groves, cool under the dodger, attractive in all weathers, always green, always in bloom? Is it nature that makes the fairies and salamanders of the fountains, and those of the proud mountain cataracts, when the haze of the torrents irises the sun’s cliffs with rainbows? I don’t think so.

Nature is very capable of destroying, only life can build. The lava river drowns life in its path. It will grow again, inexhaustible, on fertile land. All the mechanisms of nature seem to complement each other so that perfection fills our eyes, hearts and minds. So that the reign of life dominates and flourishes.

But nature is nothing and no one. An aggregate of physical laws and biological mechanisms cannot create order or beauty. Additional intervention seems necessary, if not sufficient. An intelligence is needed. A third person. Nature and who else? The man ? Yes, a little is true. But man is not the author of nature. He struggles to protect her. So the gods? Invoking the former gods is a facility that unbelievers will not be able to tolerate. Antiquity had the cult of the spirits of nature. In the Middle Ages, the Little People were easily approached by humans. This is no longer the case.

The god of the machine

Who organizes? Who brings order, who destroys, who creates? These questions will remain unanswered. Each one will choose according to his faith.It may be that they are the curious gods of the Romans, these mysterious gods, cruel, pranksters, these familiar gods like cats or panthers, tame but always susceptible to rediscover their savagery. These wild gods, capable of all cunning, of all illusions. Deus ex machina, they said to designate this kind of artifice. The god of the machine intervened especially on the stage of the amphitheatres, where complex machinery made it rain and lightning, carried the hero in the air to simulate his kidnapping by the gods.

Take? Did the gods kidnap humans to take them with them? Where ? In the sky? Let’s say in Hyperborea. The sky lacks consistency for us to live there, even if we were divine.

In short, in the ancient theater, the deus ex machina was the work of men, not of nature. These are the gods who made this planet. With the help of the giant angels, their employees. And that of men, their slaves. I have believed what I am telling you for years. For more than thirteen years I have been telling it to you here. I bring bundles of beliefs and dozens, if not hundreds of evidence to support my claims. Yes, that sounds crazy. I am the first to recognize it. That’s why it’s true.

The not fresh salads that we were fed up at school are too naive to be swallowed. In marketing this is called story telling. Tell a story that gives a great image of the product you want to sell. Of course, the story is totally bogus. It is not aim to tell the truth, but to make us swallow the biggest lies … 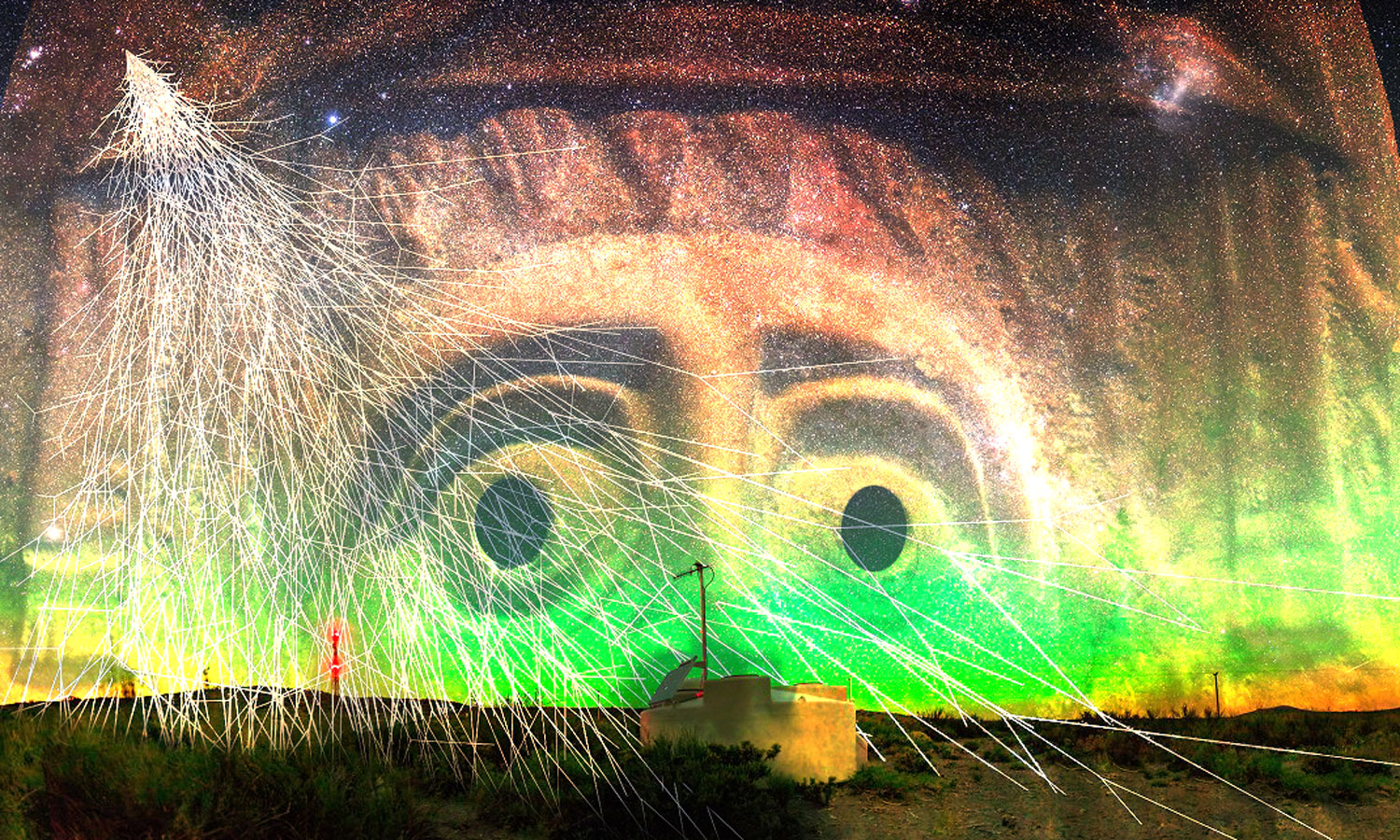 The Bible is divine marketing. Story telling. It’s up to us not to fall for it. All holy books are collections of pious lies. Half-truths, like the nonsense that is told to children of elementary school, and that we deny from the start of sixth to replace them by other puns that we deny in third. The same circus continues during graduate studies. “Yes,” said the teacher smugly, “you were told that, but you were too young to understand. Here is the truth.” It’s still a half-truth, every time it is. But when it comes to awakening and personal development, half-truths are mistakes in their own right.

Endlessly filter, decrypt, place in context. Forget, let macerate, come back to it long after. Can we bleach all those lies back? Hard. The bleach against the water of I swallow.

Daughter of Re, Wife of Toth

The great mother goddess Maât is also the daughter of Re, solar god and creator and companion of Thoth, a learned god who taught hieroglyphics to men. This is what Egyptian mythology tells us. It deserves consideration. She is said to be the daughter of Ré, who is Re? The sun or the sun? The star of the day so far away or the dazzling planet of the gods above the North Pole? Hyperborea means in the language of the goslings: super beautiful SUN. When the wandering planet of the Terraformers lights up the north of the world, the poor star of the day becomes a candle light that no one cares about. The true Sun, the hyper-bo Sun which splashes the earth and the men, the sun which does not know the night and which one thus calls the Undefeated Sun, it is Nibiru, it is Hyperborea and its gardens of Eden.

Maat is also said to be Thoth’s companion. Very good. But Thoth, as we have seen, is both a man and a people. Teut, tot, tuat, means people in the language of gold. Like Teutates, Teuton, Tuatha, Hottentot, etc. Thot’s companion can therefore be interpreted as follows: Maat is the protector of the people, or else the companion of the divine people, or even the empress of the terraforming gods.

Maat Mater, mate my land, so beautiful Mater, Cybele my land. All the word games in the language of the Goslings are summoned by Maat. They form such a tight network around it that it radiates infinitely from its epicenter. Maat is a star that shines with a thousand lights, a very powerful star which brings together a whole people of stars. maat is the tree which hides the forest, Maat is a galaxy which seen from here seems to us to be a star.

The search is not long: only one galaxy is visible to the naked eye in the northern hemisphere. It is Andromeda, which is also called M31. M for Maat? M31 has 300 billion stars. It is located at a distance of about 2.9 million light years from Earth. Not really the next door. Could it be that the old gods came from Andromeda? This name is taken from Greek mythology, like many in astronomy. Andromeda is the daughter of Cepheus and Cassiopeia, king and queen of Ethiopia.

Legend has it that Cassiopeia angered the sea god Poseidon by claiming that she was more beautiful than the Nereids, sea deities. To punish her, Poseidon created a sea monster that ravaged the country. An oracle revealed that to stop the plague, Andromeda had to be sacrificed. She was tied naked to a rock so that she could be devoured by the sea monster. She will be saved at the last minute by Perseus who had just exterminated a gorgon. They married and ruled the city of Tyrinth. Their youngest son, Electryon, is the grandfather of Heracles.

The twelve labors of Hercules are already present in the behavior of his great-grandfather. Perseus is of the fabric of the Heroes, these demi-gods who measured 4 meters, endowed with a superhuman strength. They are of the race of giants resulting from the union of former gods and humans. The fallen angels, servants of the gods of Hyperborea, descended to Earth, attracted by the beauty of human maidens, and eager to possess them in great numbers. Their hybrid and gigantic descendants are mentioned in all mythologies: heroes, devas, patriarches, semigods … Remnants of giants have been found in great numbers and for a long time a debate has continued on this serious and documented question, but noble science, listening only to its courage which keeps silent, is careful not to intervene. 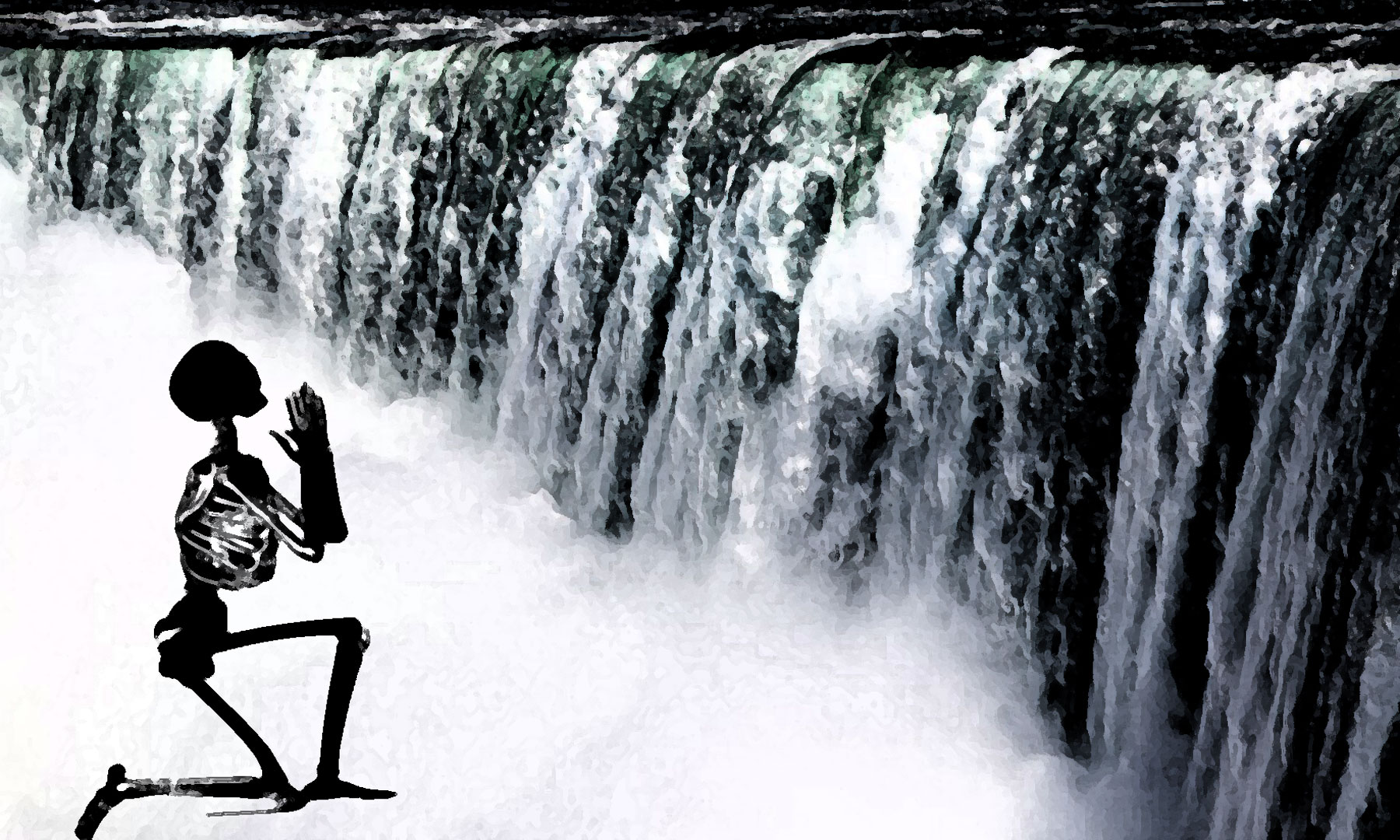 Naked on a rock

Myth “on a rock a naked girl tied up”: The myth of the girl tied naked on a rock is recurrent enough to deserve the name of mytheme. It is found several times in Greek, Scandinavian, Celtic, Japanese, Indonesian, etc. mythologies.

You know my hobby: I marry mythologies. I am the go-between for legends. I approach them, I bring them closer, I see that they have everything to please each other so I mate them: they make me babies. A slew of legendary mini sequences, loops, myth loops that we find unchanged in many mythologies. They are called mythemes, elements of myth, as we say phonemes, sound units. Or like Plato and Kant speak to us of noumena, units of thought. A mytheme is an elementary statement constituting a myth. This neologism was created by Claude Lévi-Strauss on the model of morpheme and phoneme.

Naked on the earthly rock, Maat is truth, order, cosmic harmony, rectitude, peace. But I don’t see her as a simple archetype. Maat is truly a biological person, she really has mastery over all the qualities that are attributed to her. The order of Maat is opposed to the disorder and chaos embodied by Isfet. For the ancient Egyptians, the task of the pharaoh is to bring Maat to earth, to make order and harmony reign there where there is only chaos. Isfet, in Egyptian, is chaos, opposed to Maat, the cosmic order.

This harmony of nature, this beauty of the landscapes which started my reflections, cannot be attributed to nature or to the natural, a sort of chance – which as we know does not exist. This harmony of the cosmos which must come to earth, is it not the great goddess Maat who descends from the cosmos to order and harmonize our planet?

Maat, like Andromeda, is naked on a rock. Naked like the truth. Offered to men, it brings them its peace, its beauty, and to contemplate it brings them serenity.

Nature has found its third person: She, Maat. The Great Goddess came from the cosmos where she makes order reign to bring us her benefits here below. Beauty born of harmony, daughter of cosmic order, enemy of disorder which is the only possible path for wild nature. Earth is no longer a wild planet. Maat touched her with his grace, and it behooves us to continue her task, not to destroy her. 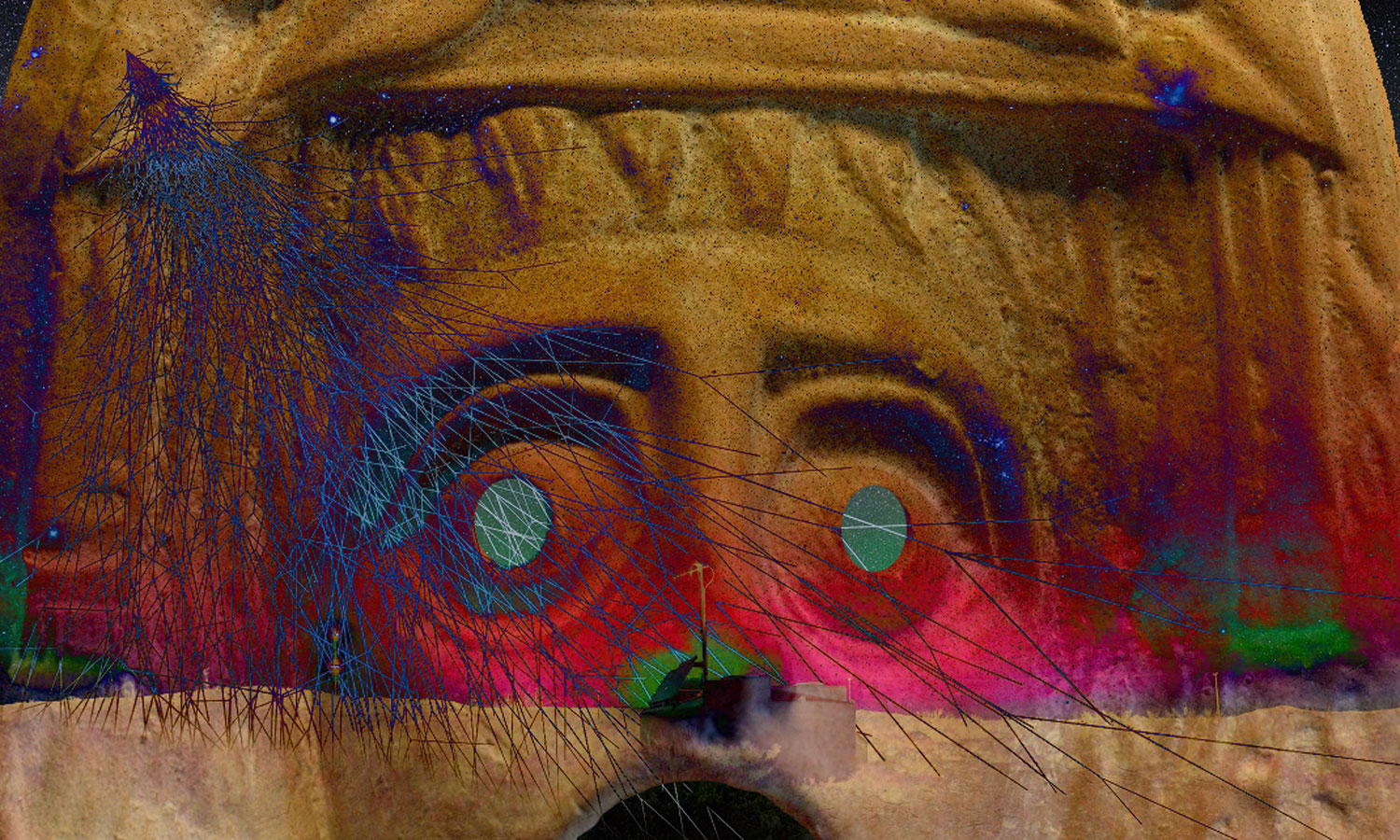 The story ends here. This tale is over. Is it useful? You will say it. I didn’t tell you the truth, there isn’t just one. The truth is innumerable, like our human people. At the moment, there are just over 7 billion truths on earth. Happy am I if I could help you find yours.