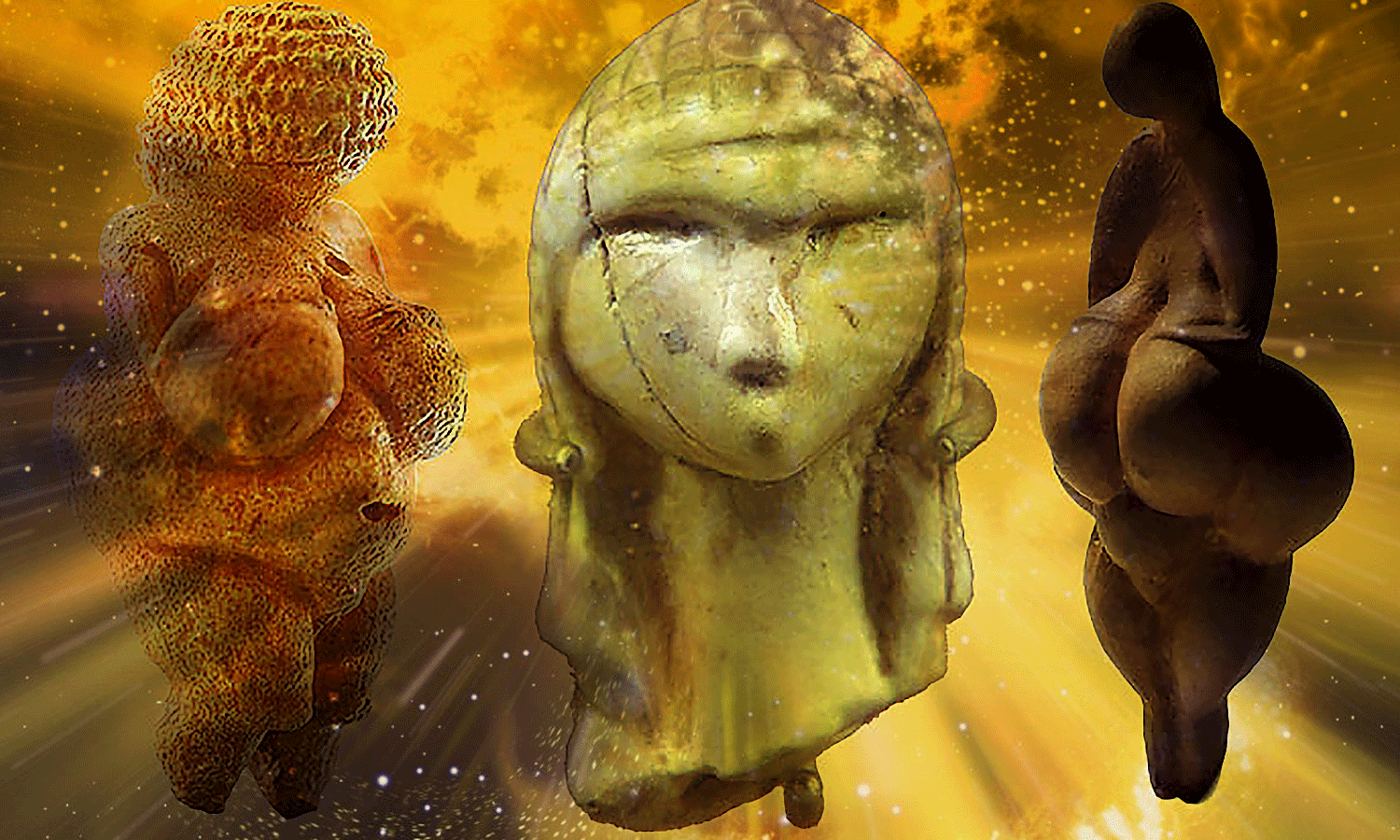 By what vile scandal are we fed a non-stop diet with male gods? Allah, Elijah, Yahweh, God, Mohammed, Zeus, Adonai, Moses, Jesus, Buddha, Shiva, Brahma, the hell of a gender parity. The jackpot goes to the Christian Trinity simply homoparental.

The Eternal Feminine once eclipsed by dwarves!I will tell this story one fine day

All these names are as many labels on the jar. This big blue jar, full of grace, where our species has grown …

July 21, 1969 Those who have experienced the planetary event live on their TV screen, will never forget the strange emotion that grabbed them. For the first time, from the dull gray surface of the moon, they saw an unprecedented crescent, a big blue ball that rises on an alien soil.

On that day, Neil Armstrong and his friends cut the cord that has always connected Man to his Mother Earth. And it was, yes, it was a really big step for mankind. Even if followers of the plot theory protest that the moon landing did not happen … 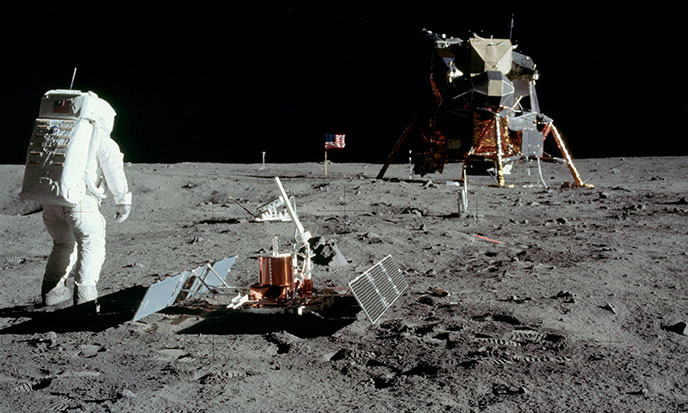 In the beginning was the Goddess, she carried in her womb all living species, she gave birth to us, and we grew up on her knees. And those who die, it is in her bosom that they rest. Born of clay which is the flesh of the earth, all living beings will return down there. The cult of the Mother Goddess was long the only known religion. It is still practiced among most primary peoples, but in the form of respect for living things, respect for nature, peace with the elements, empathy with the cosmos.

“I am Nature, mother of things, mistress of all the elements, origin and principle centuries supreme deity, queen of the Manes, first among the inhabitants of heaven, uniform type of gods and goddesses. I am the one who govern the bright vaults of heaven, the healthful breaths of the ocean, the mournful silence of the underworld.

Unique power, I am adored by the entire universe in several forms, with various ceremonies, with a thousand different names.  First born on earth, Phrygians call me the mother-goddess of Pessinus; native Athenians call me the Cécropienne Minerva; among the inhabitants of the island of Cyprus, I am Venus of Paphos; among armed Cretan arc, I’m Diane Dictynna; among Sicilians who speak three languages, the Strygienne Proserpine; among the inhabitants of Eleusis, the ancient Ceres.

Some call me Juno, other Bellona; they Hecate those Ramonte the goddess. But those who were the first to be lit by the rays of the rising sun, the people of Ethiopia, Asia and the Egyptians, powerful by their ancient knowledge, those make me my true worship and call me in my real name: Queen Isis.” 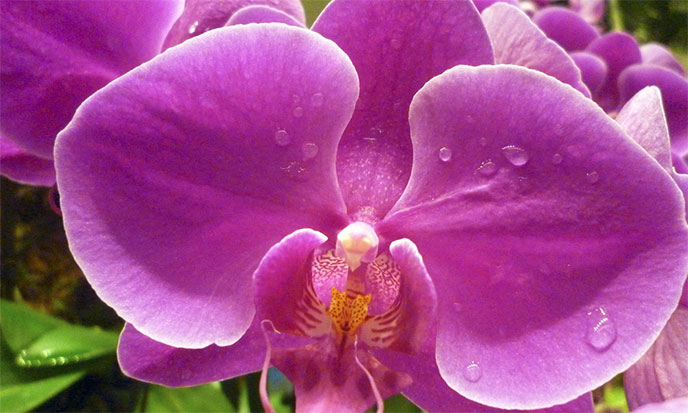 Over the course of the peoples, the Goddess took many names. And she will be known under other names still, because her reign will have no end. Her religion is not codified, without priests, without sacred books. In the beginning was the Goddess but times have changed. Came the law of the male, the Goddess had to adapt. The Trinity too, by forgetting the woman. A long eclipse would start for Lilith the Black. Eve the White left alone, the Great Goddess took other appearances. She became first the Blue God, the sweet and smiling god of love, known as Krishna, and still venerated in the Indian subcontinent. He cultivates gentleness, he is a courteous warrior. He has many followers, from the Smurfs to the Navis of Avatar, which embody these qualities of gentleness, harmony, natural happiness and sacred unconcern. The blue blood is everywhere a way of naming the nobility, supposed heir of the extinct race of the Blue Lords.

Times have changed again, this is usual. The Goddess became the God green as the vegetable, viride and sappy too. Dressed in vine leaves, he is rooted in the earth, he is the impetus of everything that grows. Similar to Elohim, we see him as the father of the elementals. His name is Bacchus or Dionysus, crazy about drunkenness and love games. He embodied the spirit of nature for the Greco-Latin antiquity. His followers are the little green men from Mars or the Green Giant of General food.

In northern Europe, the Horned Goddess Hathor became the Horned God Thor, the hunter, as hot as the sun, as dark as death. He was called Thor, but also Cernunnos, Pan or Merlin. 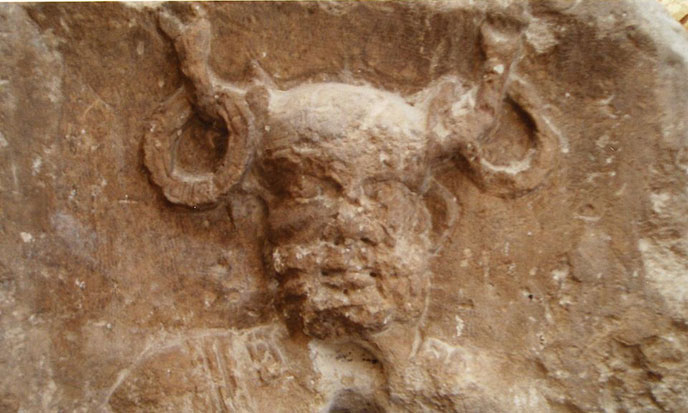 Thus Merlin, by dint of turning around Viviane, finally fell in the pond of Comper where he still sleeps, enchanted enchanter, waiting for the glorious time of his return, when the standard of the new Arthuror Arzhura? who knows? will float on the Empire of Europe.

Goddess and God, male and female principles, birth and death attract and repel each other, always in motion. And goes the Horned God, desperate of desire, endlessly seeking the innumerable Goddess. The Great Mother gives birth to him, child sun, at the winter solstice. In the spring he is the sower and the seed, he grows in the increasing light, green as young leaves.

Priestess, she introduces him to mysteries. In summer, when the day is longer, they unite and the power of their passion contains the world. But the figure of God becomes less clear as long as the sun weakens… Until finally he sacrifices himself, when the wheat is harvested, so that everyone can be fed.

She is the one who reaps, the belly of the earth, the one to which all must return. During the long nights and dark days he rests in her body. In a dream he is the master of death who reigns over the land of youth, east of the gates of the day and night. His dark tomb becomes the cauldron of rebirth, because in the middle of winter she gives birth to him again. The cycle ends and restarts. The wheel of the year never ceases turning. Love is polarity, the force that unifies the universe. The world was not created formerly at a specific time. The creation is done at every momentThe continuous creation is a concept of the philosopher Malebranche, a disciple of Descartes by everyone.

It is also manifested in the cycle of seasons which rotates the wheel of the year. Death is not the end. It is a stage of the cycle, which leads to rebirth. After death, the soul remains in the “land of eternal youth” where it is rejuvenated and renovated to prepare for its return. Soon it will leave the golds of summer for the waters of Lethe, the river of forgetfulness. Thus washed, the soul can be reborn. Without memory. Rebirth is a great gift of the Goddess, which is obvious in the real world.

Life and the world are not separated from the Goddess, life is a great wonder. And death is her twin sister. It has nothing scary. Only the physical body disappears, chrysalis of the soul before a new life. If pain and suffering exist, they are part of learning, and are avoided by those who do not care, or who no longer need them. Age is not any part of the cycle of life, it’s time for wisdom. Obviously, the disease causes pain, but it is not unavoidable. When the inner healer works as he should, old age is not miserable. In the life of a humanity, old age is the time when men find the Great Goddess. The civilization feels its end approaching, oblivion already buries it while will be reborn, full of sap and oblivion, another humanity ready for the adventure of a different world.

And these new first men, naturally, will thank the Mother Goddess who gave them life in her round belly, like a big quiet ball, suspended in space.

I greet you Gaia, full of grace, the Spirit be with thee, blessed art thou among all lands and Adam, the fruit of your womb is blessed.