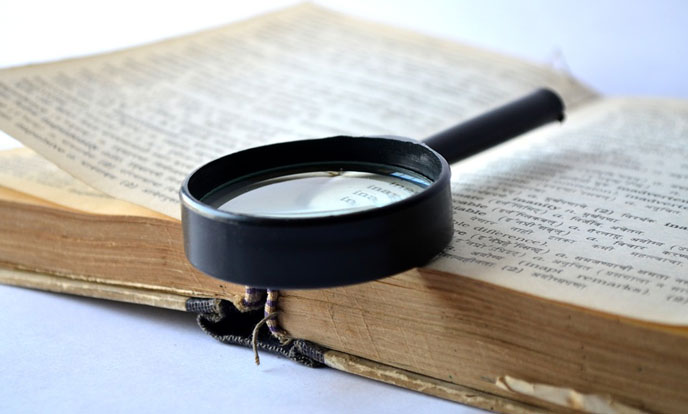 Linguists are literati. Literati comes from letter. And letters are written. Everything is said: linguists study less oral languages ​​than written languages. They study texts. Without text, no language. Without writing, no study. Here comes the dictatorship of writing, in the thousand-year-old shadow of the founding texts.

The main barrier between languages ​​is the mode of writing. Since Babel, no doubt, so many characters have come into existence, so many alphabets, so many different transcriptions for the same sounds!

Fortunately, the image is in the books, and when it is, the message first passes through it. In the comic book, besides the queen image, there is text, and even sound: the onomatopoeia dear to Gainsbourg: chebam, paw, bang, whizzzzzz! In the comics, the sound gives meaning.

Without son, no sense … The ancient heroes, historical or legendary, would they make sense in their name, already, which tells their story? Yes, without hesitation. That is why they are famous. Without our knowledge …

A profound, sacred meaning is nested in the basic phonemes that form certain words of current languages, all languages. We were told this beautiful story of Indo-European languages, a family with multiple branches that gave, among others, modern French. Forget this fable, for it is one. All languages are equal to the sacred plane. Each of them contains in secret the profound meaning of our history. In secret, yes, well hidden. Since Babel, this field is a perfect mess. A mess wanted and well organized. Divide and rule, said Machiavelli. The recipe is as old as the world: it dates back to the terraformer gods.

To understand and be understood, these gods gave mankind language, the very language they spoke. See the episode of Babel, or Sumer and its explicit texts: humans were like animals, the gods taught them everything. Everything, ie to speak, too.

The Homo erectus race, as the name suggests, were standing humans, intelligent individuals standing on their hind legs, just like us. It is unthinkable that they spoke only one language, says Locquin. Marcel Locquin, too little known, is for me the most prodigious of linguists – and yet he does not have the title.

To understand his point of view, we must forget another fable – we have heard so many – the idea of ​​a single humanity in linear evolution since Lucy the African. Besides, we know today that the first woman is not Lucy, but Toumaï. And it will be known tomorrow that humanity was not born in Africa, but on board a gigantic spaceship. It is also known that the present humanity is not the first, but the fifth. On this point, many traditions converge. But historians and linguists don’t care.

Of this, however, Locquin does not speak. His subject is elsewhere. A walking encyclopedia, he has dissected hundreds of living and dead languages, considering the sounds only. In all the languages ​​of the world, there are some elementary sounds, fundamental bricks on which these languages ​​have been built. 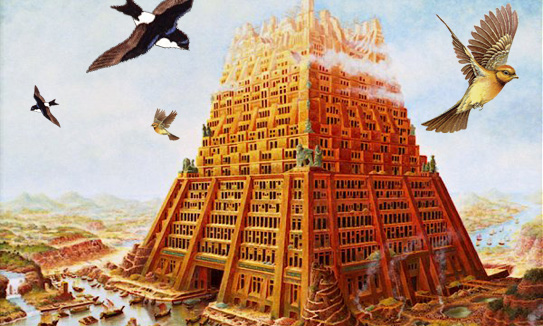 These bricks are the phonemes, basic sounds of any language. The main discovery of Locquin is the twenty fundamental phonemes found in most living or dead languages. These archetypal phonemes have the same profound meaning whatever the language considered.

According to Marcel Locquin, the phoneme OR is derived from one of the twenty fundamentals, as AR, which refers to acting authority, in all languages ​​of the world. Another immediate derivative is UR: sometimes differentiations can be made by the addition of vowels, but the sense is borne by the consonant. The Semitic languages ​​and other Asian languages ​​have retained this code.

The OR phoneme is present in ORion, and also in ORIGIN. OR as the age of OR, which is the first age. UR as URsprung, UR as the first city of Mesopotamia, native city of Abraham, according to the Bible. This is all by chance, you will understand. This phoneme indicates the origin, the place where the gods, our procreators, came: our origin.

The city of Ur had two tutelary divinities: on the one hand Ann or Anu, goddess or god of heaven. Ahn means ancestor in German, as the AN of the ancestor word. And on the other hand Inanna. Yes, InANNa, first goddess of the Sumerians, like Dana ANN, first goddess of the Tuatha of Ireland. Goddess of fertility Inanna is also called IshtAR who gave EastER. Spoken words are answered through languages ​​and time, and their dialogue gives meaning.

Where did the terraforming gods come from? If ORion is an identifiable ORigin, URsa MajOR is too. Ursa Major, the Great Bear, has a star named ALCOR, where Xavier Séguin sees a possible origin. For me, UR is a wider place in the heavens, of which we surely come; the German word Ursprung literally means the leap from Ur, and its present meaning confirms: Ursprung is the origin.

What are the exiles doing first when settling in unknown land? They give their establishment the name of the place from which they came. See New Orleans, New Zealand, New York … or the 38 cities called Paris around the world ! See also the troubling toponymic similarities between Africa and the Americas, as pointed out by Pathé Diagne.

The travelers of the stars did nothing else. Once landed on our planet still wild, they settled in the URAL, UR-AL. And more precisely in the very ancient city of Arkaim. As archaic. Arkaim, city of the Urals. Evocative name for an archaeological site that is hardly discovered today, in a region, the Urals or Ur-All, literally the origin of everything. The wire to pull is not so hidden …

All great truths begin as blasphemies.