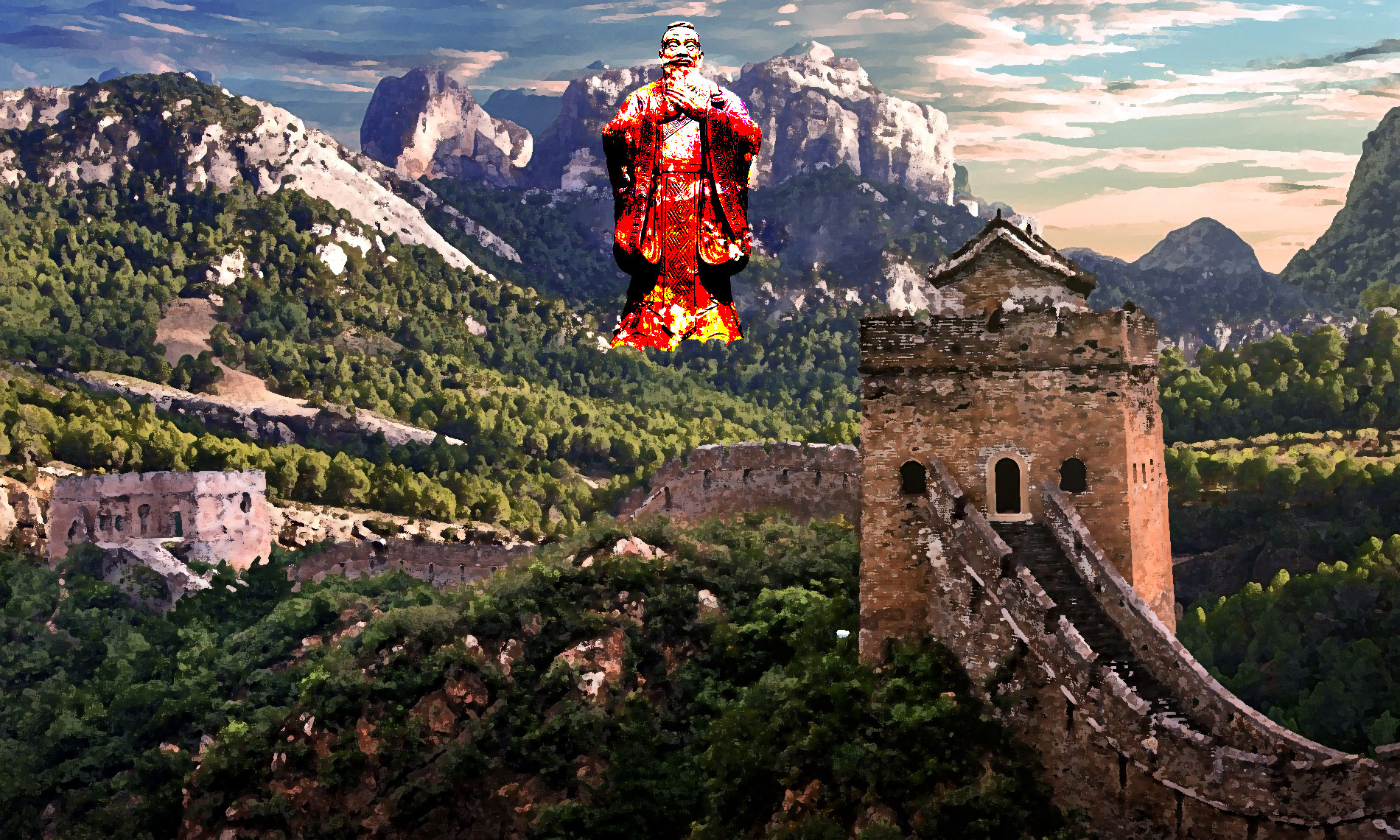 Eternal China is the land of the Sons of Heaven. Who are they ? What heaven do they come from? I have already spoken of the mythical Emperor Yao who seems closely linked to the cosmic chaos evoked by other myths, notably Scandinavian. Yao! Its name evokes the sound which according to Velikowski came out of the bowels of the planet. Behind this man, it is a phenomenon that must be found, that of an end of the world. There have been several, because there have been several worlds, and more will come.

The very distant antiquity, that described in myths, requires to act with precaution when trying to decipher them. Frequently behind a man’s name hides a whole people. This is the case with Lugh, Cuchulainn, Rama, Enoch and a few others. Here behind the name of Emperor Yao hides the end of the cosmic order. Immanuel Velikowski talks about the irruption of a giant comet in the solar system. It would have exploded several planets and seriously disrupted ours, to the point of extending by 5 days the duration of its rotation around the sun. Consequence: the year of 360 days all round becomes a year of 365 days and a few hours. Genuine cosmic hotchpotch. So everything has to be recalculated. Work for astronomers. And especially the traumatic eruption of a cosmic chaos which continues its upheavals until our time. The previous perfection is gone. Divine punishment? Humans tremble and worry.

In an attempt to penetrate Chinese thought, the specialist Marcel Granet recounts the founding myths of eternal China. Specialists are virtuosos of their kind. They tell us more about themselves than what they are about. Myths are wild horses that are not easily ridden. Granet enumerates, does not link anything. Describes the unthinkable, translates nothing. Distributes pictures, explains nothing. It’s up to us to finish the job. I will go over some of its descriptions with you to “suck on the nourishing marrow.” (source)

Emperor Yao put the world in order by simply sending four astronomical delegates to the four poles; Chouen, in turn, succeeded in establishing a New Order by simply dispatching four outcasts to four Polar Mountains. Yao’s delegates were the two Hi brothers and the two Ho brothers. Hi-ho is the Sun, or rather the Mother of Suns who are ten. (source)Marcel GRANET— La pensée chinoise p 66

For the Chinese Yao, or for the Romans Jove,Jupiter-Zeus or for the Jews YHWHYahveh – three examples of different spellings, very different down to their characters, but whose pronunciation is similar — if not identical. Which brings us back to this new linguistics which gives priority to sound, before worrying about the root or the spelling.

Is Yao the emperor or the whole people? Does his name designate people or an era? Or an event? Immanuel Velikowski sees in it a powerful sound, a muffled growl that one does not forget. It is engraved in the collective unconscious. It rises from the depths of the ground that vibrates under our feet. It terrifies all animals. He obsesses all humans. The gods look gloomy and flee these uncertain regions. Hyperborea moves away, the major Sun deprives the Earth of its dazzling light which knows neither night nor eclipse of any kind. Its light which shines better than the sun on the small, distant star of the day that humans find with anguish. The darkness of the day has accents of cataracts. The first nights are terrible. Winter under the Arctic Circle has turned to hell. At the time of Hyperborea it was paradise. Admiral Byrd gives us a mind-boggling description. 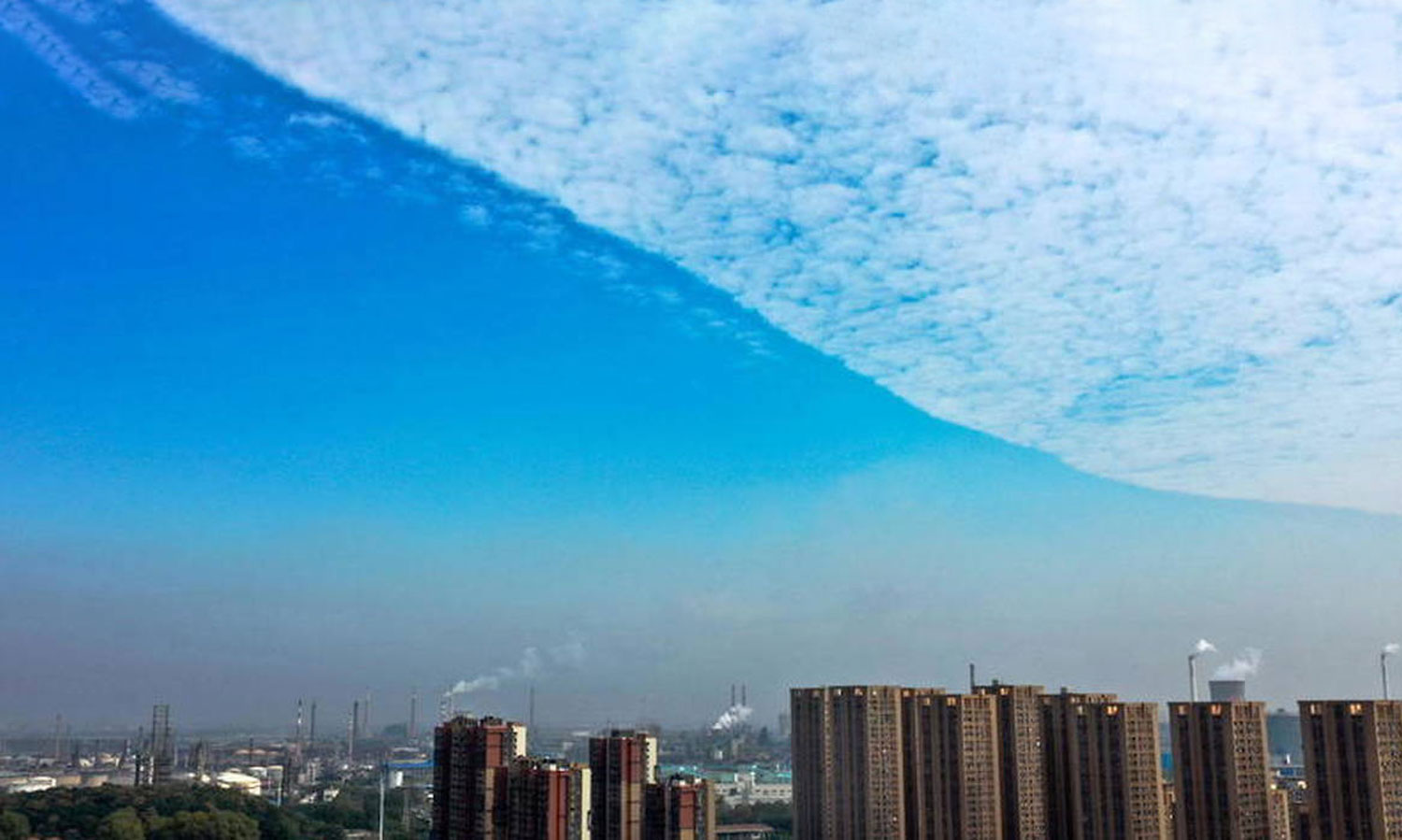 To believe this good admiral, the earthly paradise exists, a few steps from the North Pole the weather is nice and warm, several harvests per year … Either it is Hyperborea, or it is the interior earth! In any case, it is an earthly paradise.

This myth is found in all latitudes. This version has some curious details. The four poles: the use of the word pole is strange. There are only two poles per planet. We would have better understood the four orients, the four quarters, the four cardinal points. No, the author speaks of four poles. So what? Are there two planets?

Maybe yes. It is possible … if you count Hyperborea, which the Sumerians call Nibiru and which they describe as a wandering planet. According to my hypothesis, Hyperborea is the mother ship housing the terraformers, divine beings – in any case more divine than us – who came to develop this planet which was wild before them. They made and sawed plants from the seeds they brought. They created animal lines from the genetic bank they had. Their first visit was billion year ago, when this planet was a baby.

Behind these vague, bizarre words, there is the exact picture of a very real situation experienced by the ancestors of our ancestors. The story has been passed down from generation to generation, translated from language to language, it has crossed the wall of years, centuries, eons. We only have the last version, classified in the dubious section: myth. Don’t be blown away by the dust. Decryption, decoding, translation, interpretation, narration: these are the five stages of my funny labor. I could not say what stage I prefer. I love all of them. They all feed my hunger. But none of them quench my thirst for truth and light.

A myth is a truth that is poorly understood, poorly transmitted, poorly accepted. Those who wrote it had heard it said, and those who told them got it from distant ancestors, who had forgotten for generations what it was originally about. What does it matter? We religiously repeat words that have long been empty of meaning. From century to century, a jerk of my kind will try to explain the absurd litany enchants heads and hearts. Wasted effort. Why kill a legend if the legend is beautiful?

I beg your pardon! I’m not killing legends! On the contrary I match them. I am a matchmaker of legends. I approach them, I bring them closer, I hang them together. When I see that they have everything to please each other, I mate them. They make me babies. A slew of legendary mini sequences, loops, myth loops that we find unchanged in many mythologies. Parricide, infanticide, fratricide, incest, treason, but also flying animals, flying carts, rockets, weapons of mass destruction, and a lot of sleight of hand called magic but which could well be technology. Our very distant past seems to be woven into this fabric.

These elements of myth include characteristic details, describe absurd or at least inappropriate behavior, out of context, which allow the mythologist a perfect traceability of these chosen pieces. Let us call them mythemes, elements of myth, as we say phonemes, sound units of a language. As philosophy speaks to us of noumena, units of thought.

Noumenon (in ancient Greek νοούμενoν / nooúmenon) is a term originally used by Plato to denote “Ideas”, that is to say intelligible reality (as opposed to the sensible world), accessible to rational knowledge . On the contrary, in Immanuel Kant, to whom the term “noumenon” refers most often, it is a question of everything that exists and that sensitivity cannot reach, thereby restricting the pretensions of reason as to knowledge. “Noumenon” is sometimes considered synonymous with thing in itself,German: Ding an sich referring to facts as they absolutely are and in themselves, as opposed to the term phenomenon, referring to what is knowable. (source)

Eden Saga sets out to bring out the myths that make up the pieces of a giant, endless puzzle. Only myths speak to us in myths. The rest is filling.

Hi-ho is one like ten, but first of all a couple, for the Mother of Suns is married. So Hi and Ho are a couple of astronomers. In fact, a complex couple: there are 3 Hi and 3 Ho. However, they form a total, not of 6, but of 4, as soon as the seasons and orients have been allocated to them. It is because Yao, removing their leaders from these opposing choirs, took care to preserve in the Capital – close emanations of his regulatory power – the eldest of the 3 Hi and the eldest of the 3 Ho. elders a triad, august and central. If we want to count it for 1, a center is formed in the middle of the square. (source)Marcel GRANET— La pensée chinoise p 66

There were the chrysanthemums of Japan, here are the mythemes of China. (note)lost in translation This visionary text describes, undoubtedly too allusively, two related phenomena: first, the duration of the year 3 x 4 = 12 months of 3 x 10 = 30 days, that is to say 360 days, until second, the irruption of a radiant Master Sun, divided into four quarters (quadrants), in which it is easy to recognize the shape and size of Hyperborea.

Like a Sun, central and fixed, the eminent authority of the Chief erupts there permanently, while it manifests itself, quartered to the four directions, under the particular aspect which suits each of the quadrants of the world. The year is therefore divided into sectors to which emblems borrowed from the seasons can be lent. These radiating sectors seem to emanate from a Sun-master condemned to be quartered, because he must rule the different spaces. It is however 6 and not 4 (or 5) which is the true number of a solar family, just as it is the simple confrontation by bands and not the distribution in square which indicates the first division of the Space.  (source)Marcel GRANET— La pensée chinoise p 66

My opinion is that, in this short extract at least, Marcel Granet has let go of his sacred creativity. I suppose he would be the first to be surprised, if not shocked, at the interpretation I make of his texts which are in line with the mainstream thought – which is not my case. Oh no. But I know very well that in spite of ourselves, in spite of our misconceptions over a thousand years rehashed, beyond our uncertainties and our penchant for the approximate, certain ideas can filter, come from elsewhere, enacted by someone other than oneself.

Like a Sun, central and fixed: Sun with a capital letter designates, not the distant star of the day, but central Hyperborea and fixed above the north pole. Did Granet know that? In any case he said it. The eminent authority of the Chief breaks out there permanently: The chief resides on Hyperborea, his authority descends on the gods as on the men from his palace at the top of the central mountain. This mountain that the Greeks named Mount Olympus before relocating it to their homes. An almost universal chauvinistic act, the relocation of ancient myths can be found across all continents.

While it manifests itself, quartered to the four directions: These are the four directions that crucify the world (source), the four regions of the globe are subject to the will of the God of the Gods or of the Great Goddess who reigns from Olympus celestial. Hence this new translation of a known prayer: Our Mother who art in heaven, hallowed be thy name, thy kingdom come, thy will be done here below as in Hyperborea … 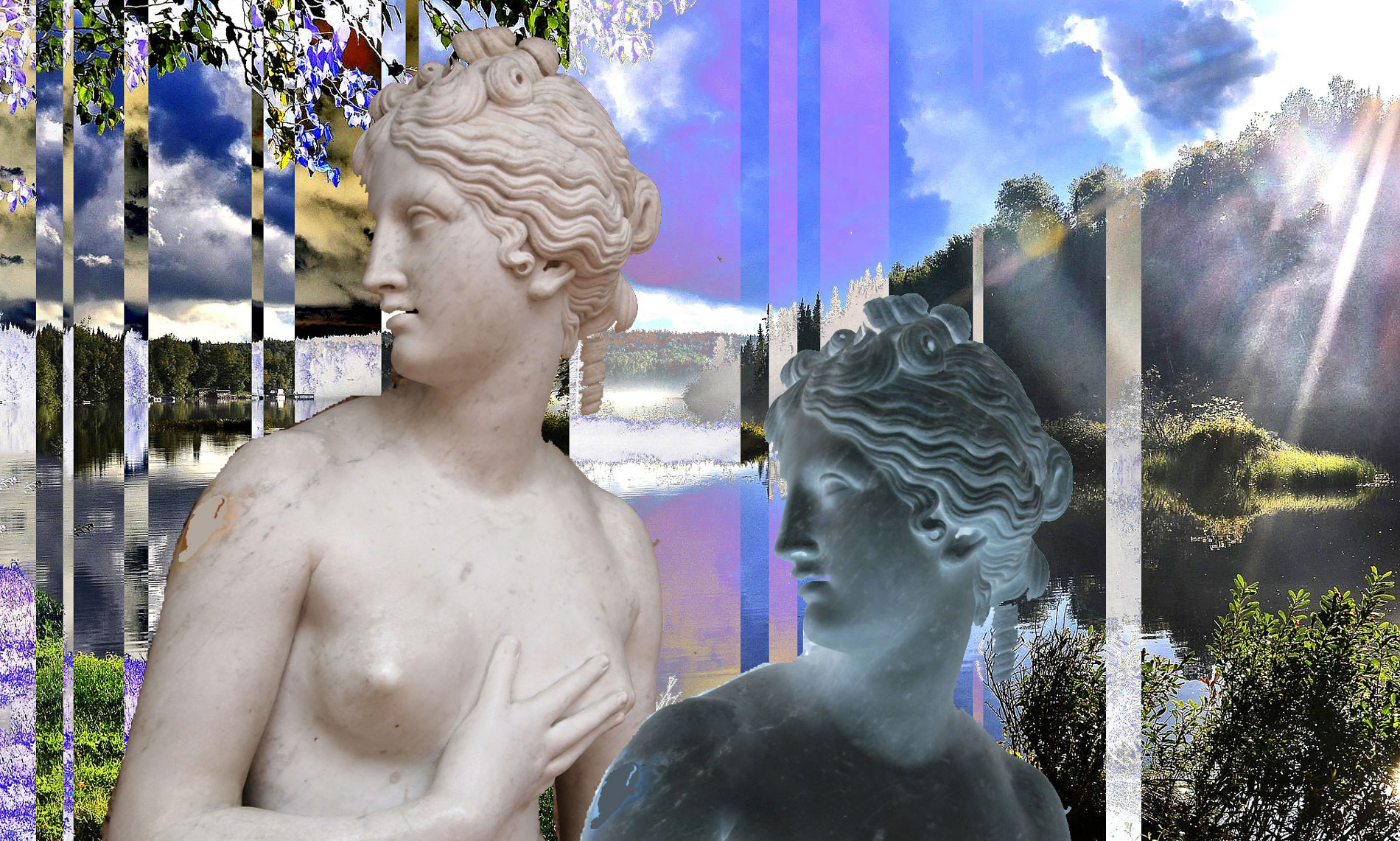