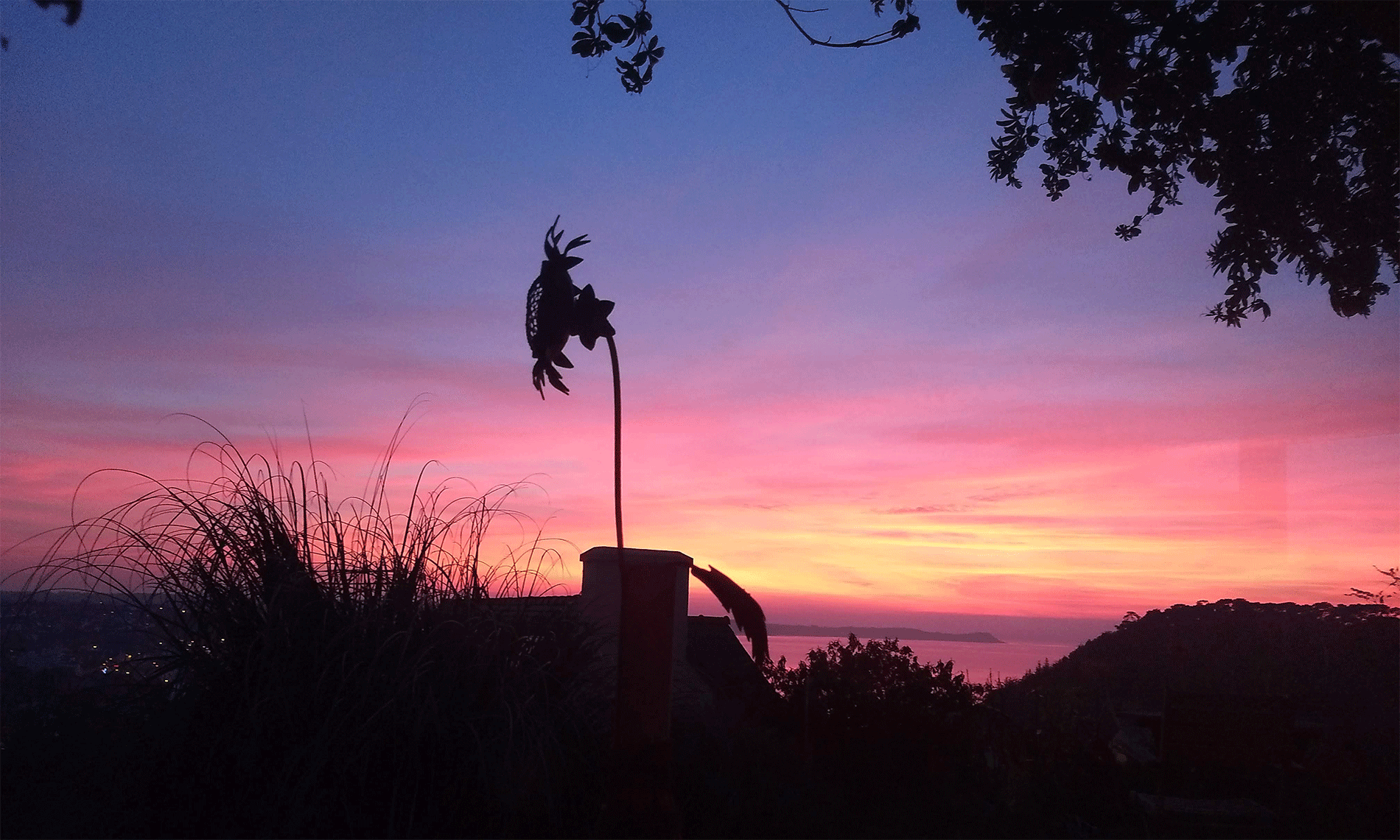 You told me: shut up. Your words make a screen that hides the world. What you reveal is another veil. Light is not the friend of words. The more beautiful the words, the more their artificial light diverts us from the Undefeated Sun!

You are right. I talk too much, I am sooo talkative, it’s a pity. Every morning, my goblin launches the mill, angry lama all spitting, my leprechaun launches mine as the lama launches the six hundred and sixty-six ritual mills, that the written prayer is diluted in the wind, that the mechanical prayer diffuses its dead harmonies within the music of the spheres. Oh the pride of the little people that we are! And the lamas keep laughing.

I talk too much. You’re bloody right. The morning pixie is in the oven and in the mill. He bakes sagging cakes. Speech is money but silence is golden. Awakening does not come by thought. It comes by deed. It lets the words fly behind them to catch the thing. The verb is a splendid, shimmering, multiple and fascinating curtain. But this curtain obscures the truth from us if I lie.

And if I’m not lying, it veils just as much. Perhaps more.

Because I lose you in the open countryside. You have to walk for hours on a deserted road before you find a soul to talk to. More words? Why ? Pia, pia, pia, pia. Babble. Chat. Yawning. Chat. Ragitate. To ramble on … The talk is boring but the silence sleeps! That’s why we sing in church. It awakens the faithful.

Our times love to make noise with their mouths. Lining up banalities, chanting slogans, knocking punchlines. You better know this. As long as the warrior has this attitude, he will not advance in self-knowledge. Speech or awakening, you have to choose.

It is possible that at random sentences, something hits the mark. A nothing, such and such a word, such a sound, such a rhyme, such an assonance or the violent stupidity of an ugly pun for stupid people.Lost in translation. Sorry. What does it matter? My goal is to stop the world. Not for me. For you. Mine has been stopped for a long time, it increases the internal speed. Which helps me to provide. In the vain hope that it helps you to be able.

Experience is the most valuable knowledge in the world. Unfortunately it is not transmitted. Yet I know people who have absorbed more energy for two hours in my company than for ten years reading me. So come and see me. Such is the story.

On the other hand, while reading my words, if you remain straight as marble, if you do not inhale the sound behind the meaning, the rhythm which set in, the cymbals which get carried away,  break in the pace,  phrasing,  harmony, the five senses in a good way, oh when the sense is the essencewell known melody … don’t come, don’t read me anymore. If my words fascinate you, mirrors to the larks, I will have wasted my time. If you stay in the emotional level, you will have lost yours. The target is energy. Come back to life. Come back to desire. Get back to where you once belong … when you were so very young! 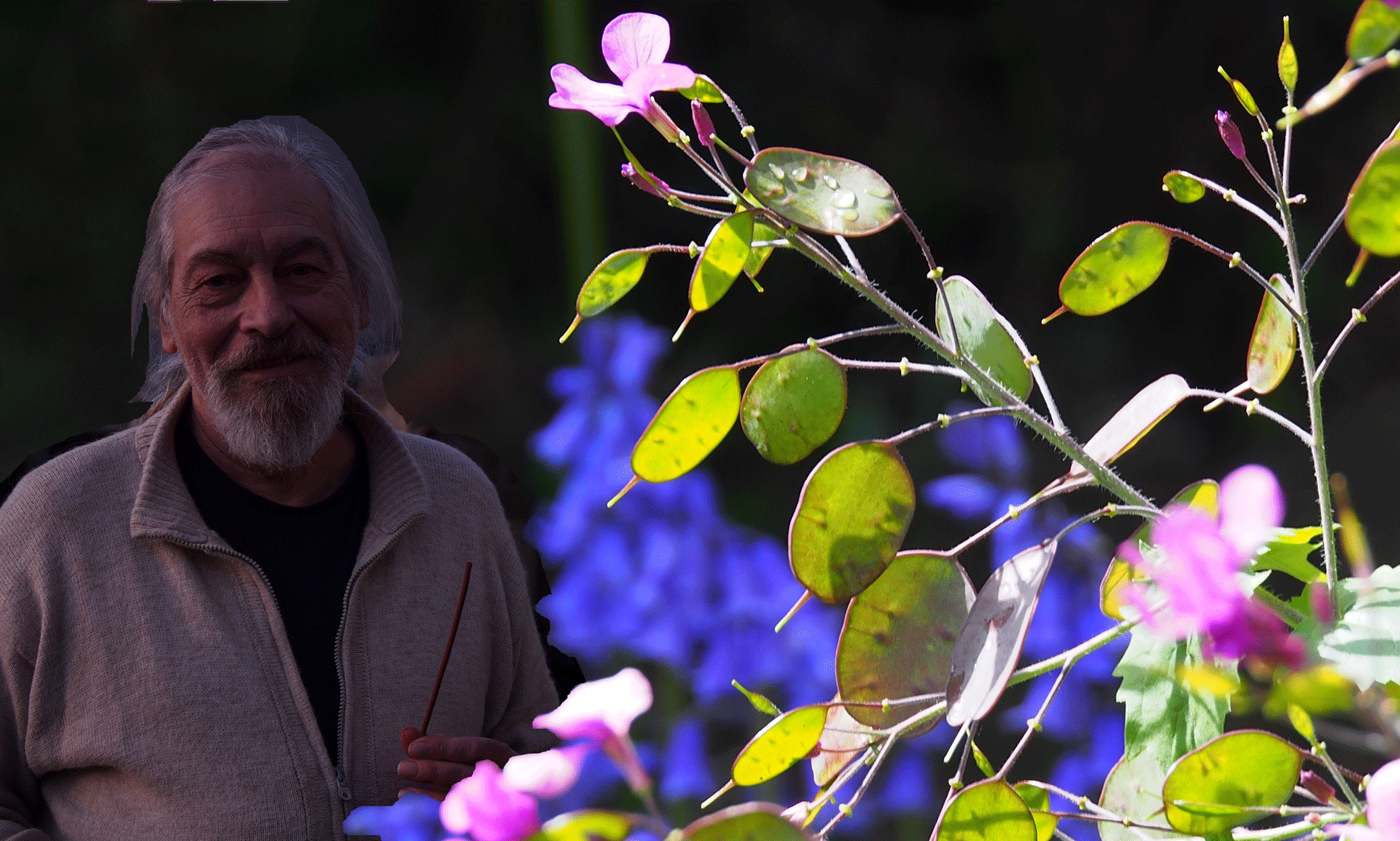 So why am I talking? Speech is vain, words are mist. Why do I line up at the kilometer an avalanche of words which are organized in mountains, a lot of sentences flowing like rivers, the verbs are paths, the music is sunshine. Poetry, light pretender, ties a golden thread to your paw. And the door answers it. Words are what they are, if they have no reason, their horizon will last one season, three lil rounds and then go ‘way.French: “trois petits tours et puis s’en vont” is a famous nursery rhyme

The images will remain. Images are irreplaceable. They matter as much as words. Their truth can be heard with the eyes. Watch them vibrate to the accents of my flow. Looks like they are going to laugh … These images have their say.

We are all unique, but a majority is quite numerous anyway. (Stef Kervor)

You have just seen the Pope’s coins and my face, two photos of my friend Noémie, assembled by another clever elf, Stef Kervor, long live him! Vibrant photo of Noémie and fabulous images of Stef the graphic designer from Eden Saga. I constantly experience the homage of such images.

At the opening of this article, there is another photo of Noémie, this one unretouched. Whatever happens, these wonders will forever be inseparable from the Saga. Who without them would not be half so beautiful.

Silence is AUR.French: Le silence est d’or, where or is spelled like aur. Silence comes from AUR. Thus is written ORGOLD in Latin, aureum. Au is the chemical symbol for gold. AUR is pronounced A OUR. The gold is in Ur. The gold must go to Ur. Now here is the word AURA. It can be written A UR A. Which means “belongs to UR.” Silence est d’aurSilence is golden can be written: silence est d’ur – ie silence is hard. Very very hard.

Our aura comes from Ur, it belongs to the former gods, who are still our masters. Their will is everywhere you look. We still have to look. And looking, should we see. There are things visible, on the other side of silence. Where nothing passes, where no one thinks, where the warrior continues his dance.

Beyond the wall of silence, where everything becomes visible. You still have to remove this blindfold over your eyes. Remove the doubt that closes your third eye.

This page dedicated to silence will serve as a preface to my next publication, Soleil Invaincu. In Latin Sol Invictus. It is a religion derived from Eastern AND Western Mithraism. It was the state religion in Rome before the preference given to Christianity by the Emperor Constantine.

This early Roman Christianity had a lot in common with Sol Invictus. Both awakening religions, they aimed at the spiritual elevation and enlightenment of all their followers. Except that with the Christianity of Constantine, we had forgotten the essential: the origin of Christianity is not Jesus. And with current Christianity, we have forgotten everything, including the search for awakening.

Here is a taste. What does Undefeated Sun mean? It is the flying abode of the Sons of the Sun …

I shut up. Here comes the gold.