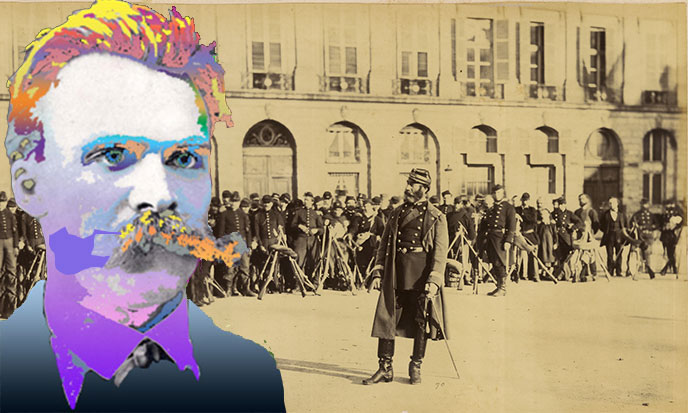 Everything has been criticized with Nietzsche, his looks, his excesses, his unlikely mustache, his behaviour far too free for the time, his immoderate passion for Wagner and the denial just as brutal that followed as he felt in love for … Bizet!

He was especially criticized for crimes he never committed: the racism or Nazism of Nietzsche are both imaginary. Nietzsche never subscribed to the political movements of his time, regardless of the camp.

“Nothing is more unthinkable than the use of Nietzsche for the purposes of basic politics. There is in his work no obvious project for a civilization nor any alignment with a particular policy of his time, simply because he hates the field of management of national things. His effort aims toward higher fields” Michel Onfray writes. (source)Michel Onfray, Tragic wisdom, The good use of Nietzsche, paperback p.95 His contempt may seem surprising in the eyes of an activist. 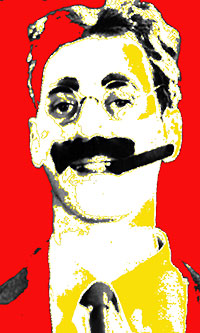 Another Kind Of Activist

As a lucid thinker, he knows that political action is an illusion and activism is an ineffective passion. “Any philosophy that believes to put aside or even to resolve any problem of existence with a political solution, is a caricature and a substitute for philosophy. How a political invention could be sufficient to make men, once and for all, the happy inhabitants of the earth?” (source)Nietzsche, The Untimely Meditations III, Aubier-Montaigne

It is true that the political show is nothing appetizing. Regardless of the time. Nietzsche sends back Marx to his beloved studies, he who relied on the politics to clear the ground of ideas. For Nietzsche, Marx is not a philosopher. For me neither, but who cares? Anyway Nietzsche is no more a Nazi than a Marxist, for one good reason: he died a bit too early for that. The only marxism Nietzsche would have agreed, is that of Groucho. As for the suspicion of Nazi or extreme right sympathies, the joke is pleasant. Only people who have not read Nietzsche can take it. From book to book, Nietzsche stuff an implacable indictment against the politicos’ mud and mire.

We know that “in this area where people are struggling to decide the tarring of roads or street lighting, one can find only insipid characters. Trivial and preoccupied with nonsense, politicians represent the figures of the accessory turned into gravity. No one is more convinced of the seriousness of his duties than the politician who, by an order signed by him, shall determine the market day.” (source)Michel Onfray, Tragic wisdom, The good use of Nietzsche

These lines, apart from style, could have been signed Nietzsche.

Nietzsche is revolutionary and individualistic. That’s why we love him. Here is what he wrote himself: “All political and economic situations do not merit that the most gifted minds are forced to worry about: such a waste of mind is basically worse than a state of extreme poverty. This area of work is and remains that of mediocre minds, and only mediocre minds should be employed for that: if not, it would be better that the machine fall apart!” (source)Nietzsche, The Dawn

Death rather than mediocrity. Nietzsche is a philosopher of the absolute, for whom the explosive end of a system is desirable if the system is bad. These are words of an anarchist, preaching a so radical anarchism that he gets rid of any contingency. Did he not write that one must “keep free from all stain inherent in political action”? (source)Nietzsche, The Dawn Like stain of sin! The word is strong, but it sounds clear – remember “Dirty Hands” by Sartre … Nietzsche became more irritated by the futility of policies.

“Let ‘s move forward, let’s go higher! The ‘here and there’ are bearable only if you take the steep path to the heights!” says Friedrich Nietzsche in despair. “To make society safe from thieves and fire, to make it extremely convenient for travel and transportation of all kinds and transform the state into a Providence – in the good and the bad sense – these are lower, mediocre and not essential goals. We should not manage these things with the tools that are the noblest in the world – means that we should set aside specifically for the noblest and most outstanding purposes.” (source)Michel Onfray, op. cit. 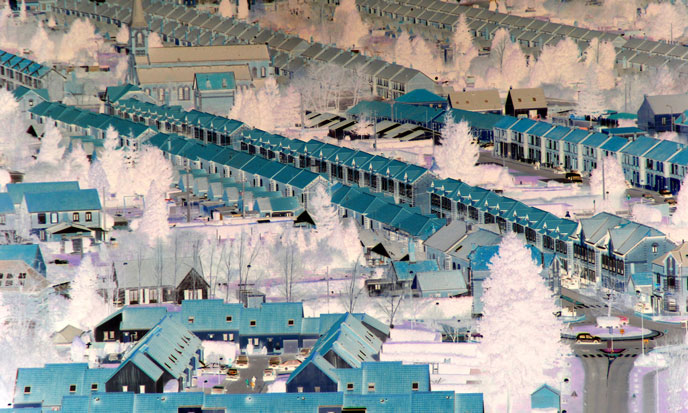 Michel Onfray has committed a comics scenario which confirms his vocation as a Nietzsche specialist. The great German philosopher repeatedly denounced the inhuman stupidity of the extreme right. But he also criticizes the naive hypocrisy of the left: “Are you complicit in the current madness of nations who aim only to produce as much as possible to get richer?“ (source)Nietzsche, The Dawn “Nietzsche explains the deception of socialism, which provides solutions for the future and allows – hand in hand with economic power – the bad situation to go on.” (source)Michel Onfray, op. cit.

The Communists accused for the same thing 30 years ago the Socialists of the “programme commun”: to be objective allies of production-class society. Was Nietzsche a communist? No, quite the contrary. He was strongly individualistic instead. “He calls for staying as much as possible away from everything that hinders freedom, autonomy and independence. He suggests flight, emigration, anything rather than continue to endure the pressure of work, machinery and the greed for profit.” (source)Michel Onfray, op. cit.

Nietzsche concludes: “The workers in Europe, should declare now that they are a human failure as a class.” Desert, resist, refuse to choose between slavery or hunger. There are other ways to live a decent life. Stop to feed the machine, it is time to leave the matrix

“Beyond left and right, be yourself. This is what Nietzsche calls.” (source)Michel Onfray, op. cit. He misses the happy days of Dandism when idleness was a real lifestyle and every day a work of art. Neither Hitler nor Marx couldn’t have written such pages. No one can be compared to Nietzsche. Neither Engels nor Goebbels or Stalin. Neither Freud nor Bergson, neither Einstein nor Hitler, nor de Gaulle or Bernadette Soubirous, not even Davy Crockett. Nietzsche is unique, once for all. Like each of us, but his way being unique is unique. Like everybody’s, but… Forget it.

Yet Nietzsche “read with happiness the French moralists – Montaigne, La Rochefoucauld, Vauvenargues, Chamfort and Rivarol. The books are precious to him because in his perpetual wandering they are the only friend he can be content with.” (source)Michel Onfray, op. cit.

But at no time Nietzsche will stop to curse “the great bastions of social organization that was built to protect against the old instincts of freedom“ because these inhuman fortresses of silly productivity, without any morality but with countless taboos, “have managed to turn all the instincts of the wild man, free and vagabond – against himself.” (Source)Nietzsche, On the Genealogy of Morals Hundred years after, at a time when personal freedom is reduced to a trickle, it is even more so.

We can only bow to the Nietzschean prophecy. We must read his work,again and again, endlessly. A visionary who has set among the philosophical pigeons the biggest cat: “Neither God nor master” became the slogan of the anarchists. The man is big enough to head himself, that is their philosophy. They are right in principle, but the implementation is not for now. We still need to grow before. On a planet of awake people, anarchy would be the rule, like that of the Abbey of Thelema that Rabelais liked so much: “Do what wilt”. 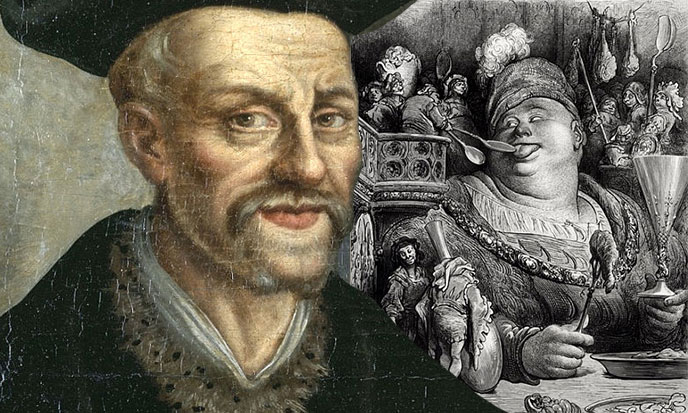 Nietzsche, his giant wings, his breath over the mountain, his eagle eye. A great man is the one who understands his time long before the crowd. Those who lead us are certainly very small. Though worse could ever come, better is more likely.

Blessed are the feasts because they let light. (Michel Audiard)